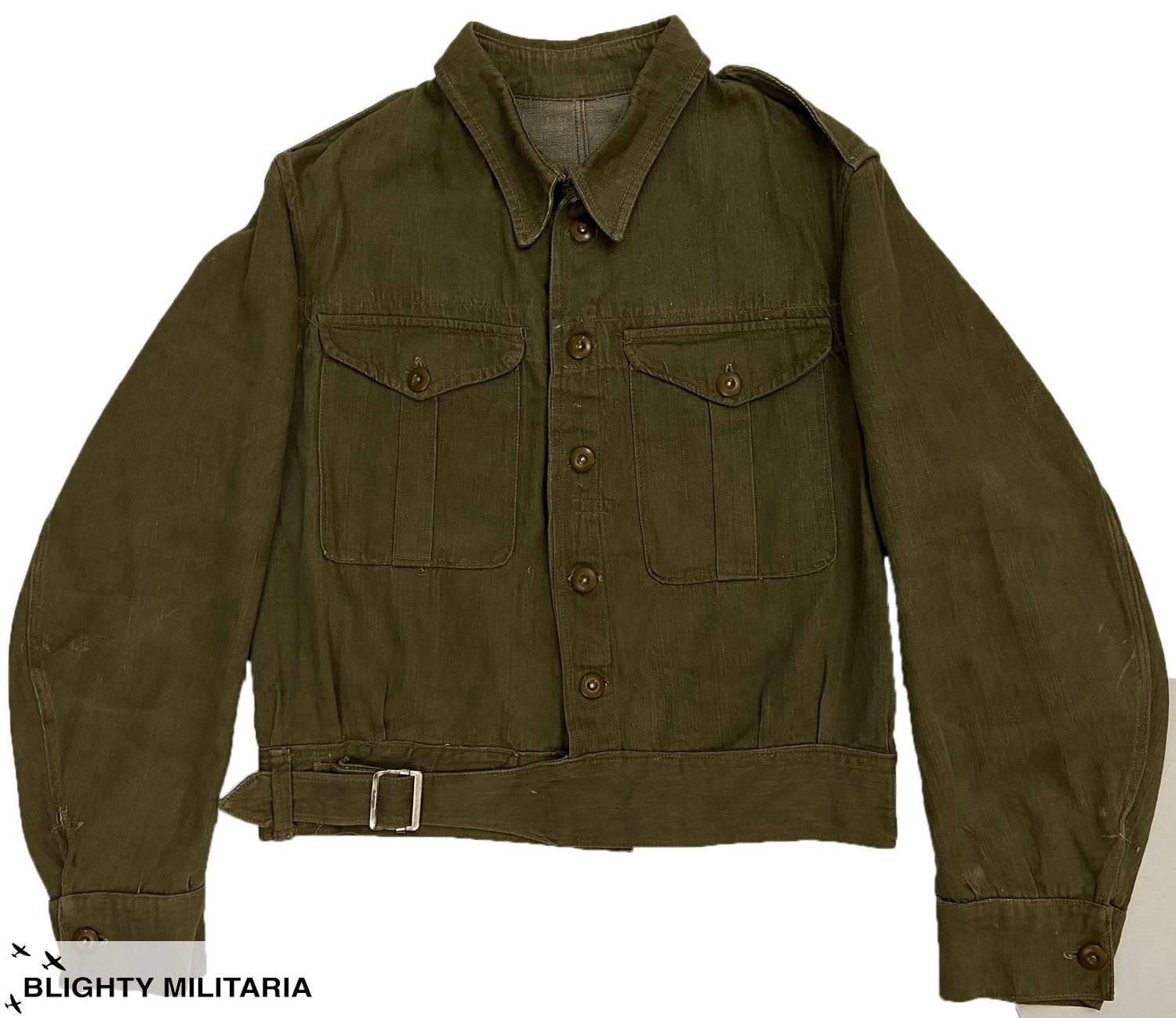 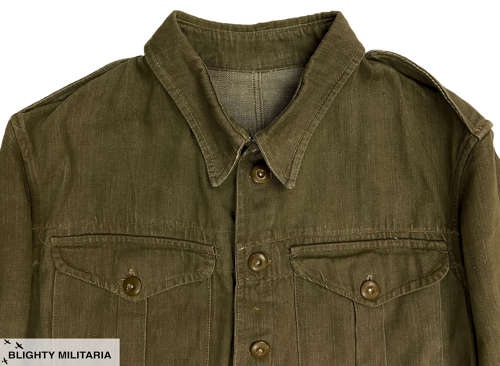 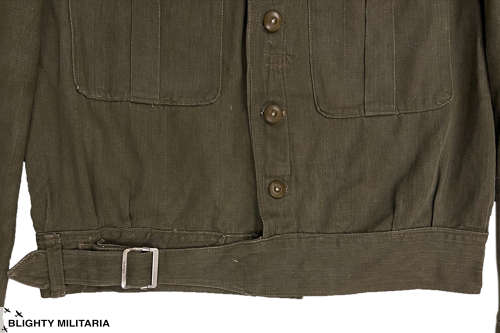 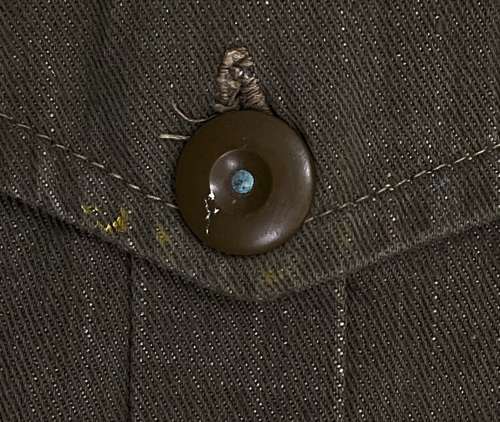 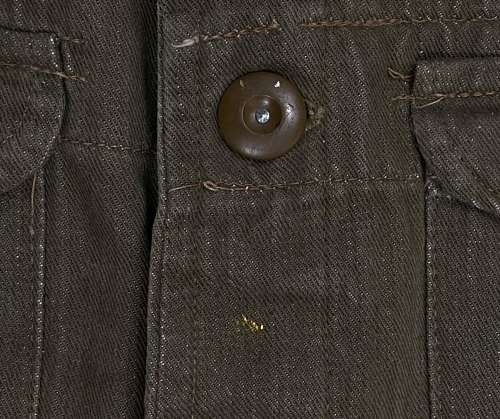 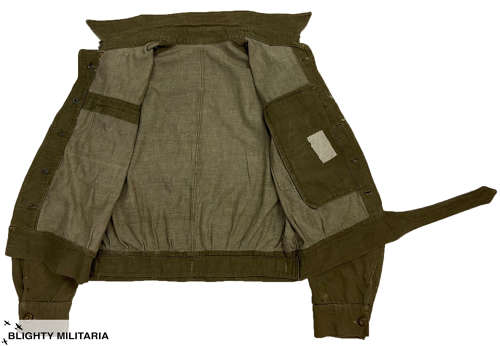 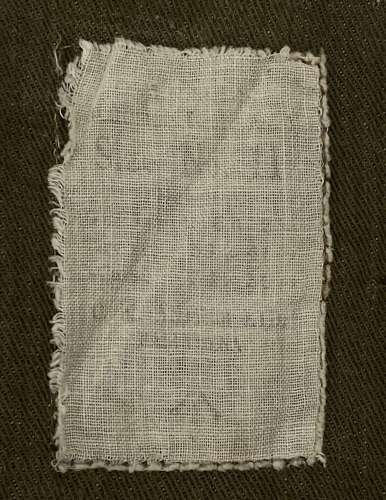 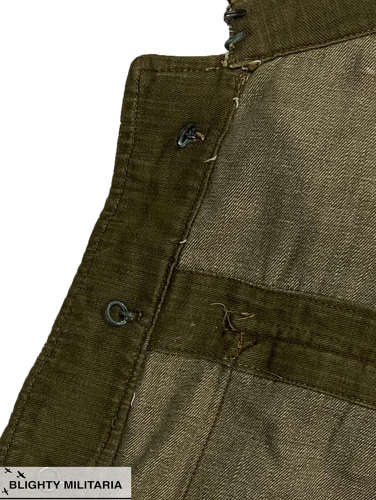 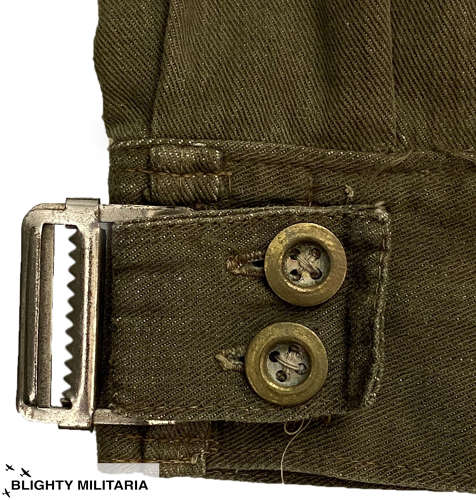 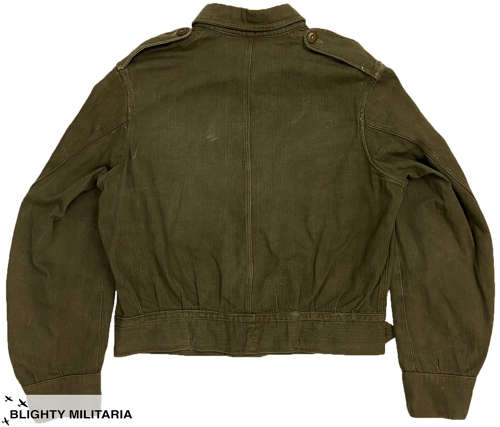 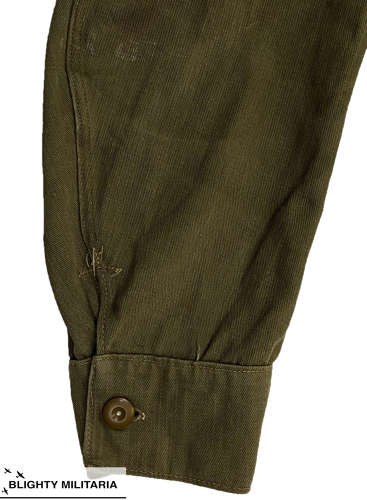 The jacket features chromium plated waist buckle which is held on with two brass buttons as are often found on early manufactured items. As well as this the jacket is fitted with a set of revolving shank buttons which are held in place with metal split rings. The verdigris on them would suggest they have always been on the jacket along with the buttons which is a nice feature, rarely encountered on original jackets.

The original label is still present and whilst heavily worn, some information is still legible. The size of 11 is present which is designed to fit a 39" - 41" chest. The War Department broad arrow marking is also visible.

When studying the measurements it is important to remember that denims were designed to be worn over the battledress uniform. For an authentic fit they need to be over size.

The jacket is in very good condition with signs of wear or use. It displays well and is still completely wearable but please take time to study the pictures before purchasing and bear in mind that this is a pre-worn, vintage work jacket which may have small issues commensurate with age.

All in all a great example of this early war pattern of blouse which would make a great addition to any WW2 collection.