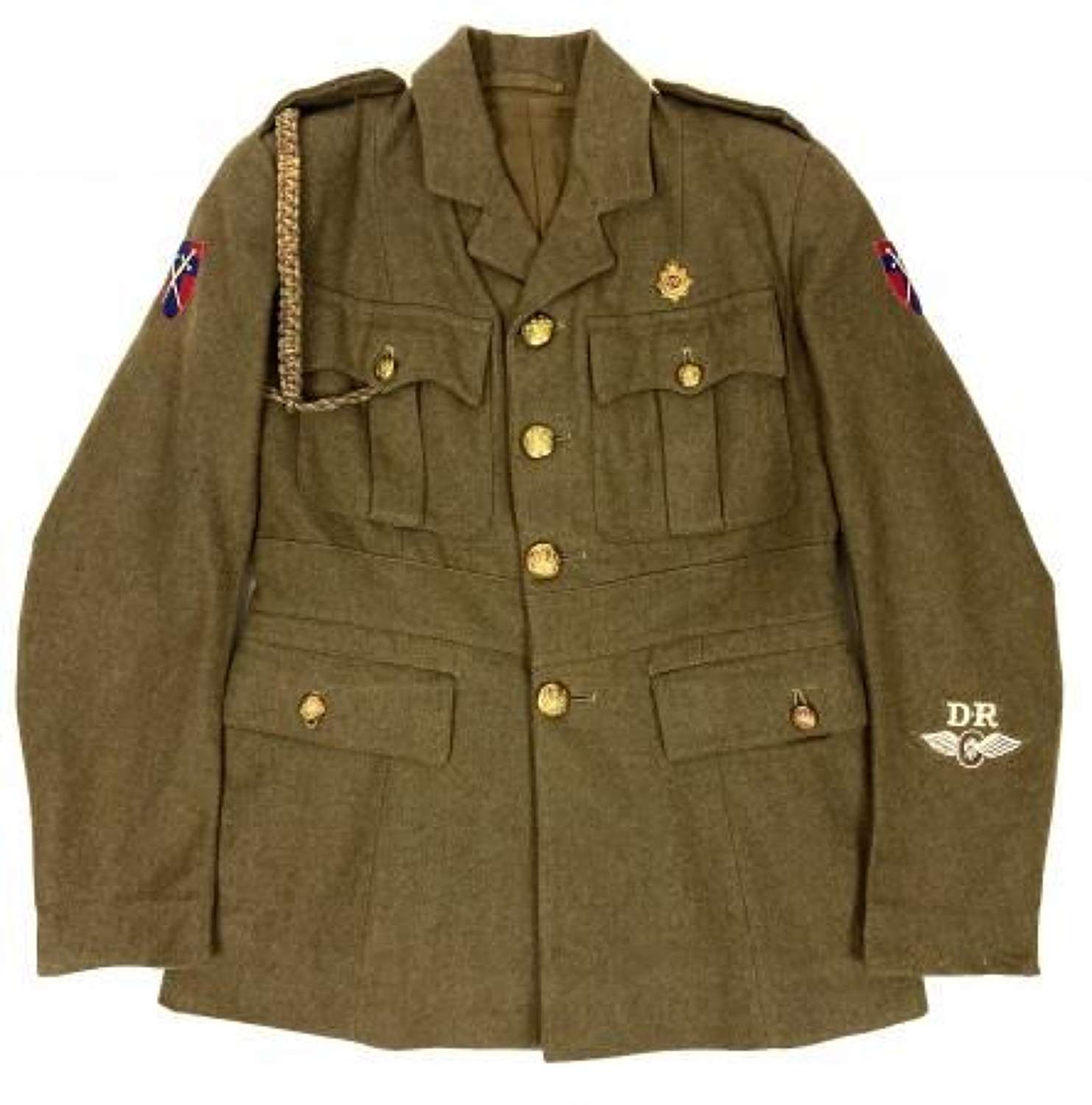 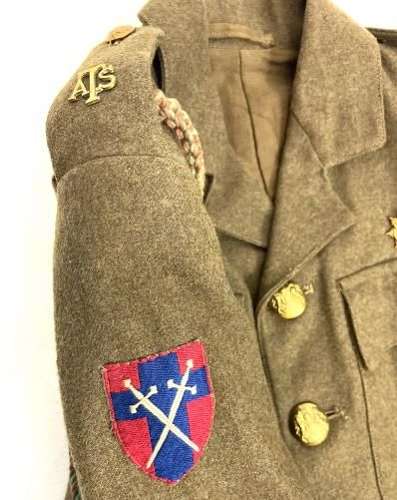 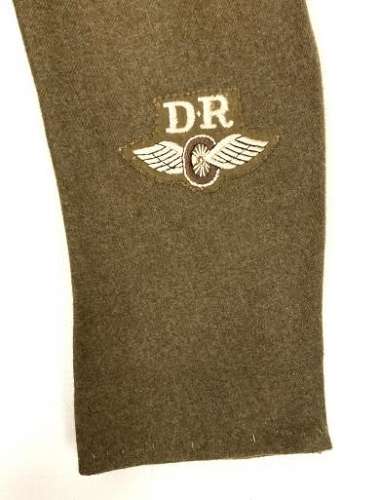 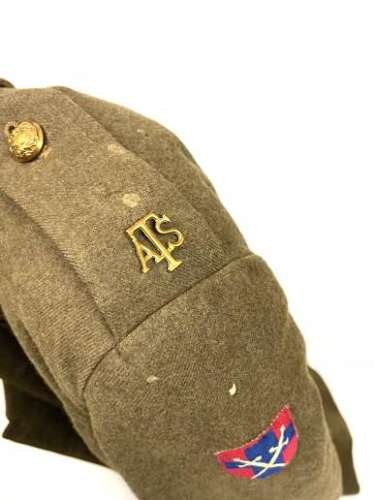 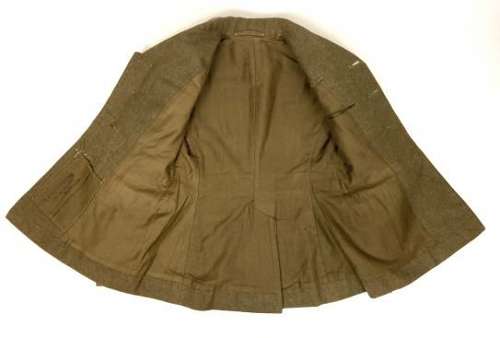 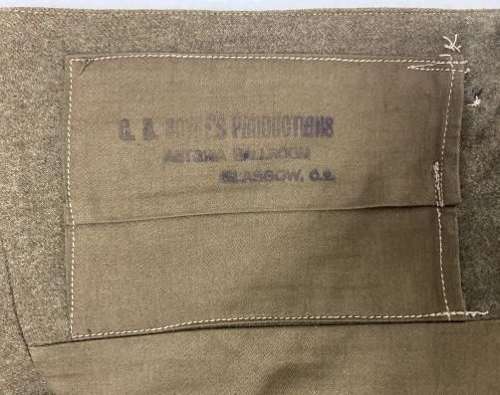 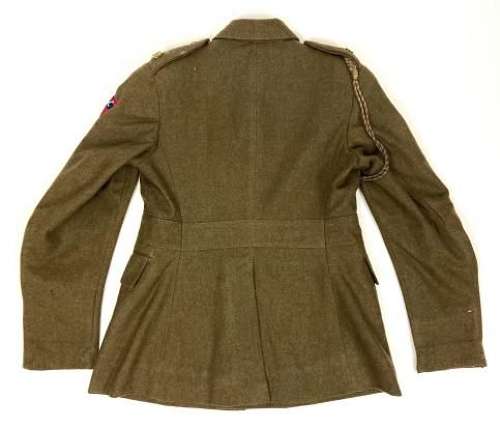 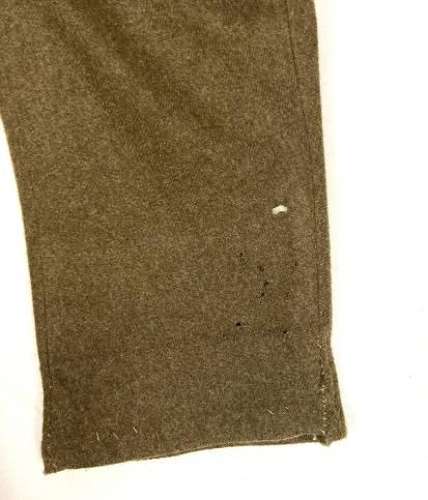 This pattern of tunic was the first to be worn by the ATS and was introduced in 1938. It was superseded by the 1941 pattern a couple of years later making this the only acceptable pattern for an early war impression.

The tunic is made from a fine khaki green serge, far superior to that used for men's uniform at the time. It is fully lined and features a full set of Kings crown brass General Service buttons. The key features which make this a first pattern jacket are the pleated breast pockets and the full belt which give the jacket a distinctive look, far removed from the later economy pattern.

The jacket features 21st Army Group divisional patches as well as a Dispatch Riders Trade Badge to the lower left sleeve. Above the left breast pocket is a brass Royal Army Service Corps collar badge whilst the usual ATS shoulder titles are fitted to the epaulettes. The tunic is also fitted with an original ATS coloured lanyard

The original label is sadly no longer inside the tunic and the only markings I can find appear to relate to a theatrical costumers, suggesting it was used post-war for stage or film.

The tunic is in good condition and it displays well as can be seen in the pictures. It does however have a few small issues which I have detailed in the photographs. The sleeve has been let down as far as it can be and tacked there. This could be shortened again back to its original position without to much trouble. There are also some holes as shown in the pictures as well as a couple of other very small holes. Please study the pictures to attain a better idea of these flaws.

Overall this is a nice example of this rare early war pattern of tunic. Whilst it does have a few small issues it still displays nicely and would make an excellent condition to any collection!