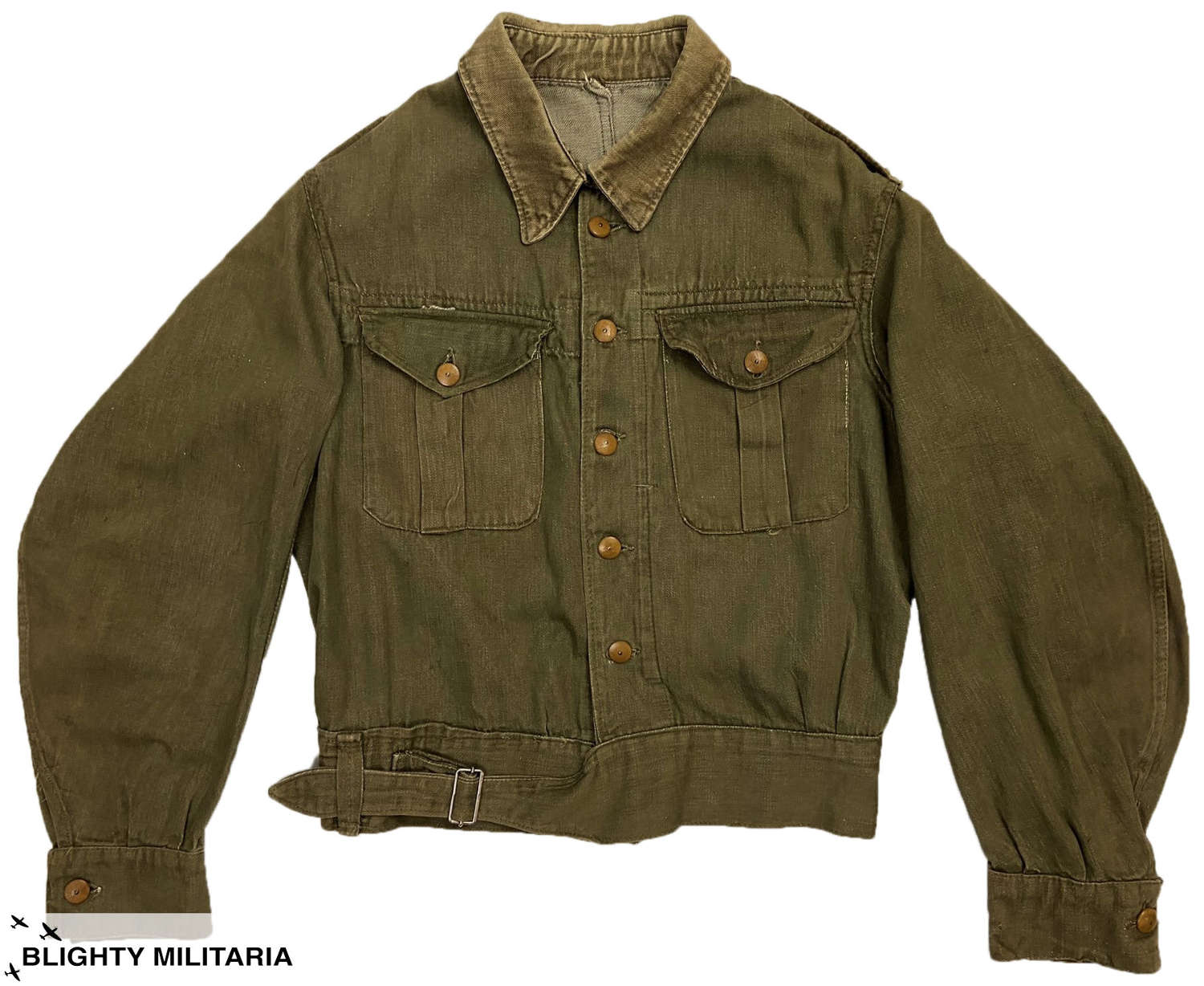 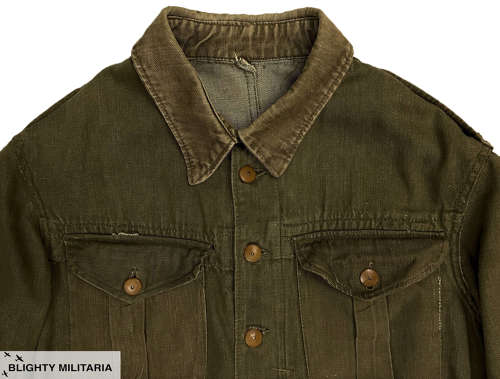 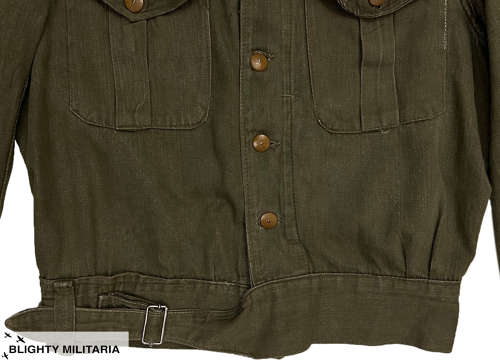 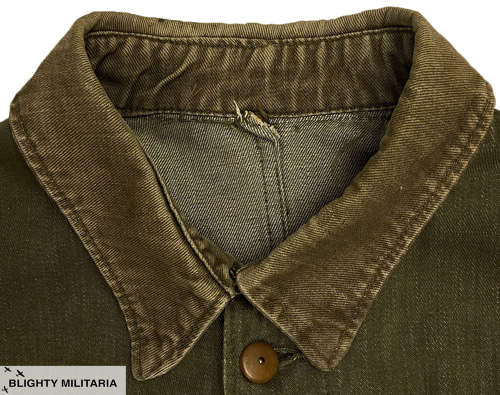 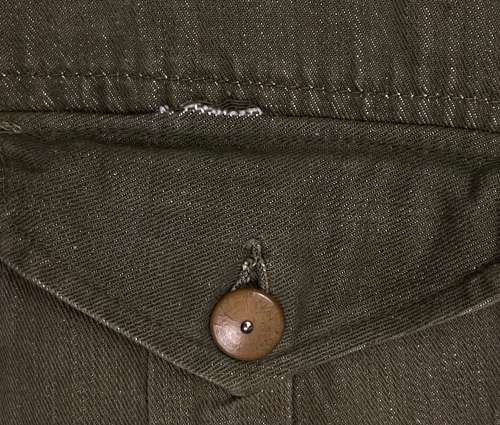 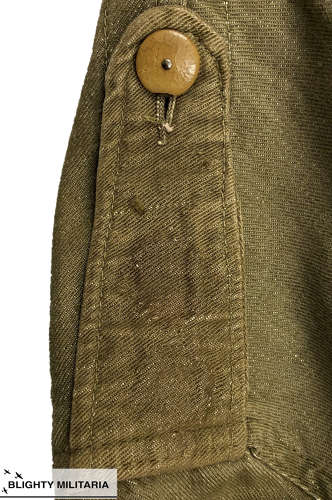 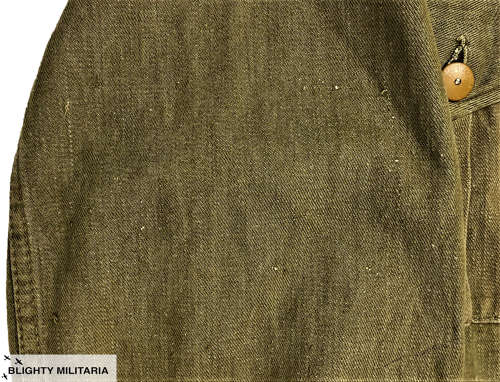 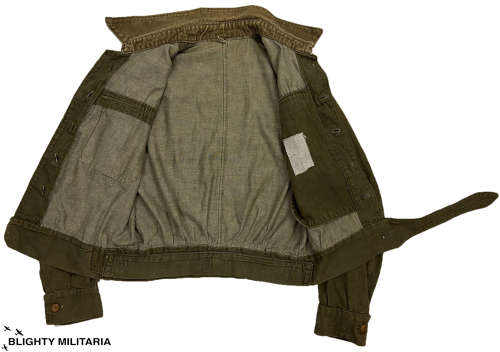 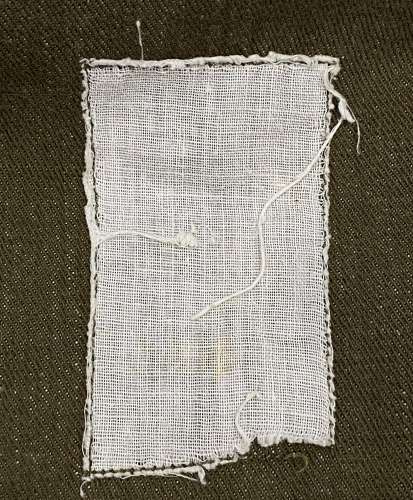 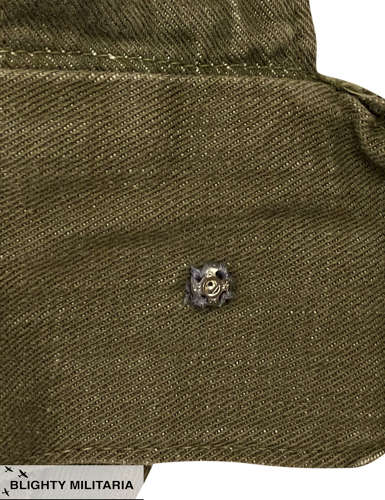 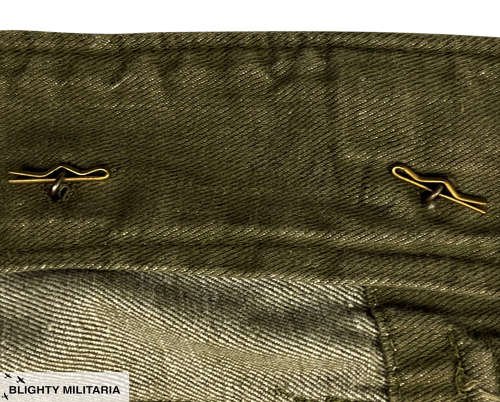 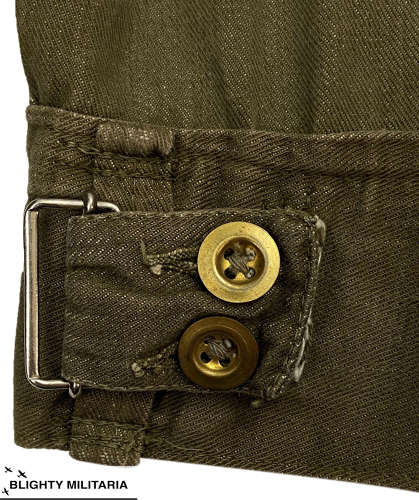 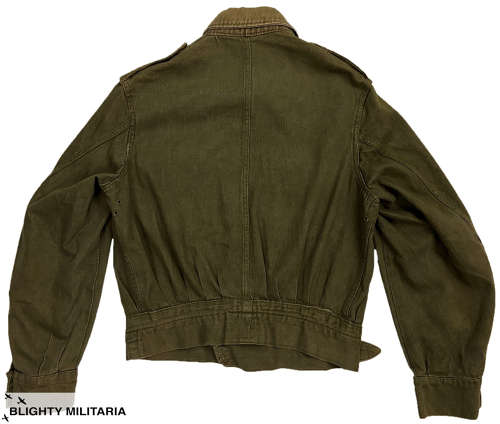 A good original example of an early Second World War Denim Battledress Blouse which was used by an officer of the Home Guard.

The jacket features the correct early pattern wire waist buckle which is held on with two brass buttons as are often found on early manufactured items. As well as this the jacket is fitted with a set of butterscotch coloured revolving shank buttons which are held in place with metal split rings.

There is clear evidence of where a Home Guard armband patch has been removed from the left sleeve (picture 7). These large patches were issued to the Home Guard to be stitched onto their already issued LDV armbands after the name was changed. Many units were issued with Denim Battledress around the same time as a stop gap before they were issued serge battledress. This led to many men stitching the patches directly onto the right sleeve of their jackets. There is also evidence of where rank badges have been fitted to the epaulettes which suggest the original owner was an officer.

Sadly the original label is heavily washed out. The jacket is a small size which should fit around a 38" - 40"" chest well and when laid flat it measures -

There is also a War Department acceptance stamp to the interior which does not feature a letter code. This is regularly seen on early war British items.

The jacket is in good condition and has clearly been used and laundered which have given it a great fade. There are signs of wear and use and there is a small area of fraying along the top edge of one of the pockets. Please take time to study the pictures before purchasing and bear in mind that this is a pre-worn, vintage work jacket which may have small issues commensurate with age.