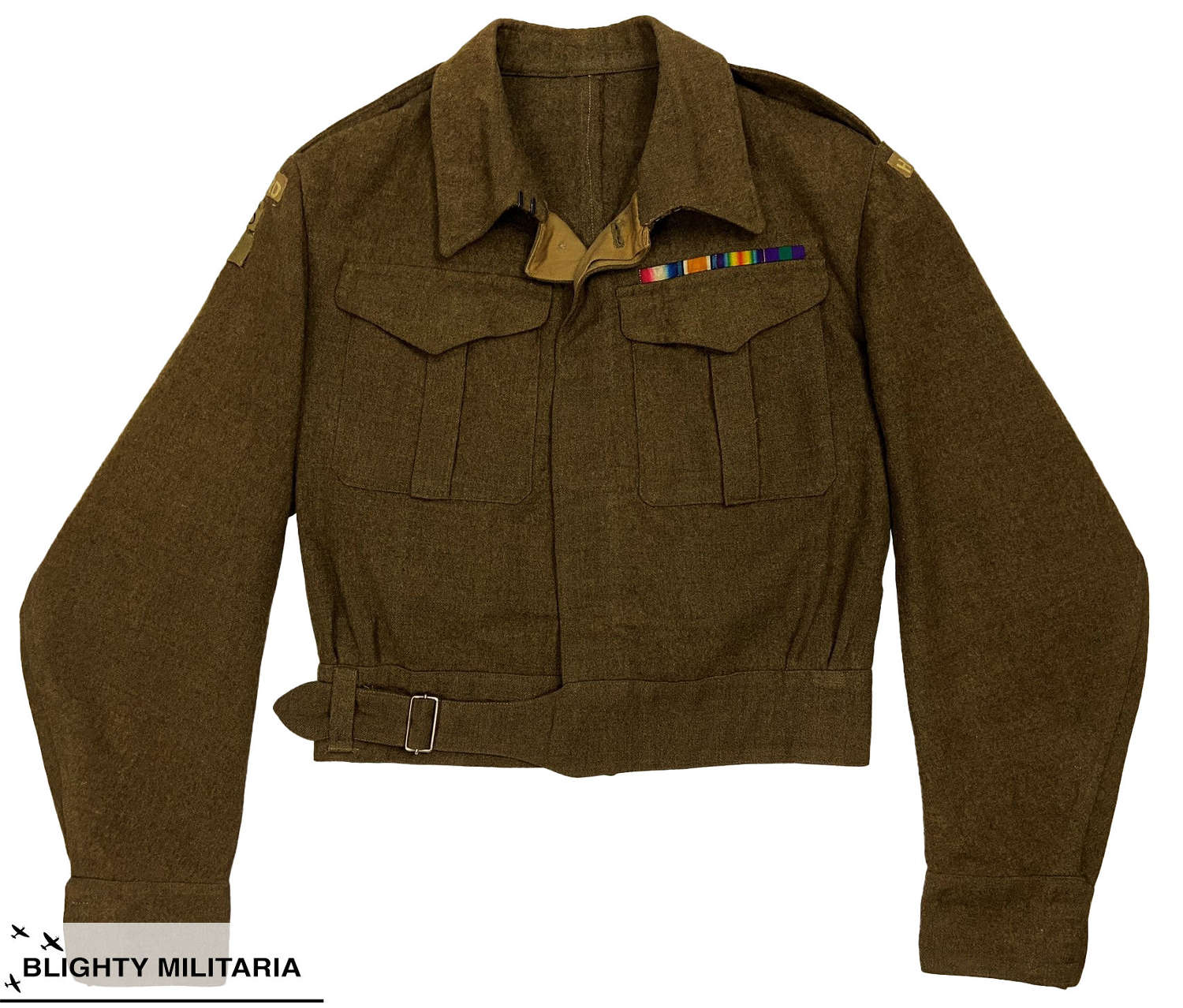 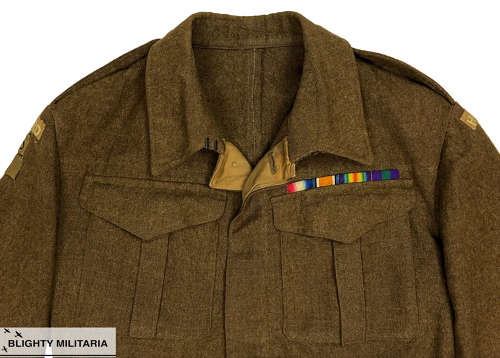 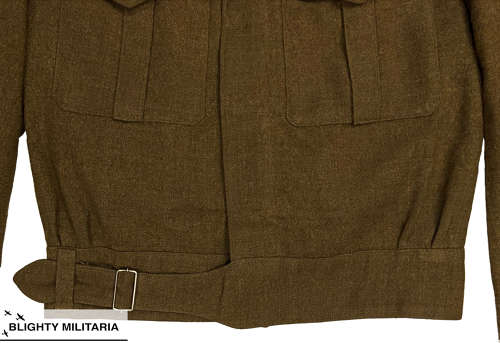 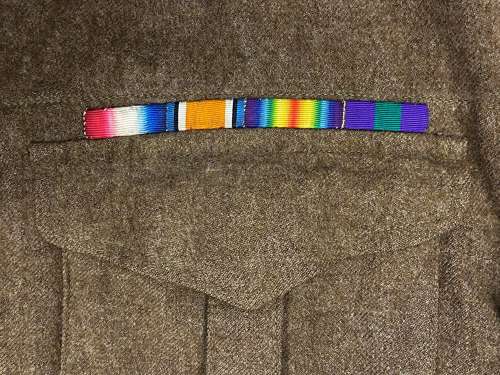 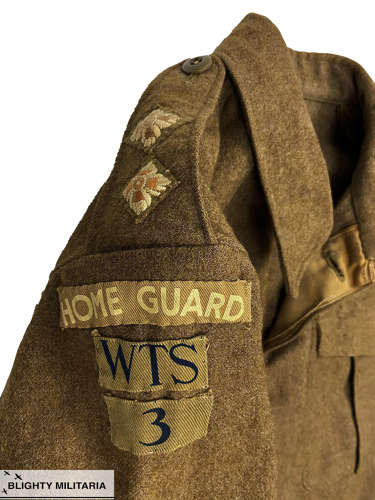 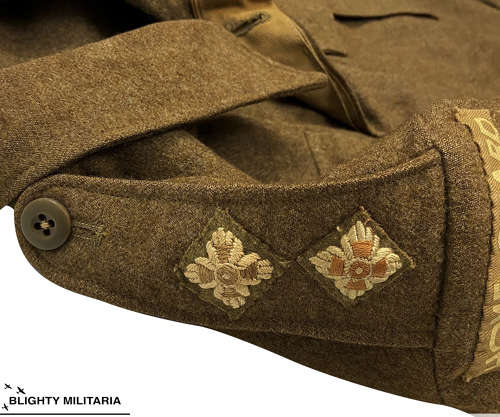 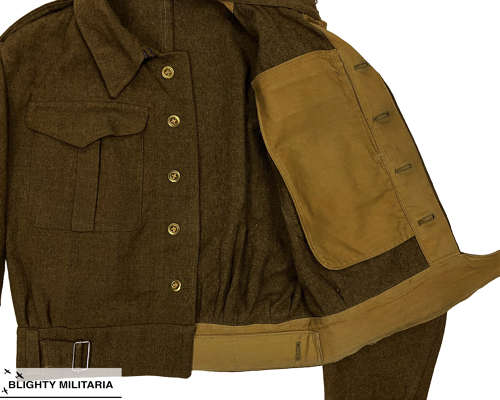 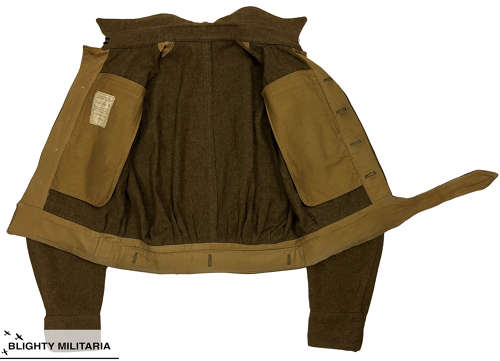 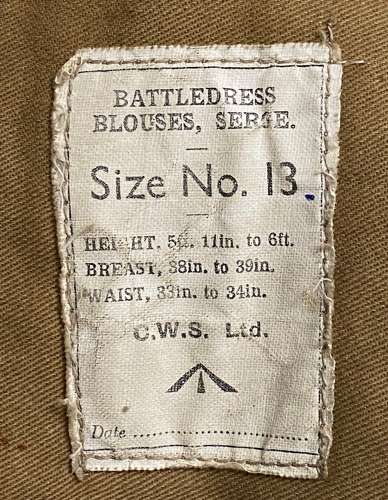 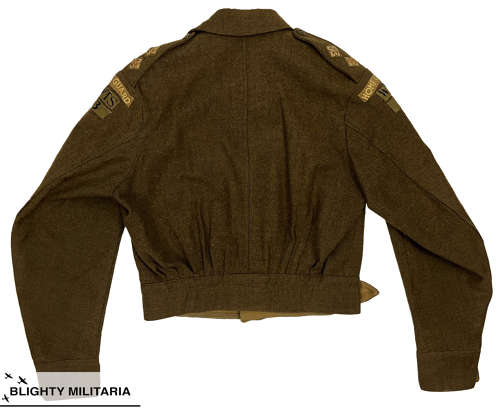 An original British Army 'Battledress, Serge' blouse to a Lieutenant of the Warminster Home Guard.

This pattern of battledress was introduced in 1938 to replace the Service Dress uniform. It was produced up until the middle of 1940 when it was in turn replaced by the 1940 pattern battledress jacket. Notable features of the first pattern blouse include an unlined collar and wire waist belt buckle. The jacket retains all of  its stamped brass buttons and the epaulettes are fitted with plastic buttons - typical of the odd style of buttons used on early battledress.

The tunic is fitted with a full set of original insignia including Lieutenants pips to the epaulettes, Home Guard shoulder titles to the top of each sleeve and Wiltshire district badges below this with the numeral '3' denoting 3rd Battalion Warminster Home Guard. Medal ribbons are fitted to the chest which include the 1914-1915 'Mons' Star, The War Medal, The Victory Medal and the General Service Medal which would suggest that the original owner also served in the inter-war period. The sleeve insignia is applied in a neat high up manner, typical of originally badged jackets. What is particularly nice is that Home Guard shoulder titles have been fitted with square sides rather than in a curved 'mudguard' shape as is normally seen. This is typical of the way badges were applied at unit level.

Inside the jacket the original label is present and is still bright and legible. It states the size as No. 13 which will fit a 38" - 39" chest and a 33" - 34" waist. The manufacturers initials are marked as 'C.W.S' which denotes the Co-operative Workers Society, better known today as the Co-op, as the manufacturer. The war Department broad arrow is below this as is space for the date which is missing. As this is a first pattern jacket however it can not have been made any later than June 1940.

The jacket is in excellent condition as can be seen in the pictures. It shows only limited signs of age and wear and overall displays very well. Please study the pictures before purchasing and bear in mind that this is a pre-worn vintage jacket which may have small issues commensurate with age.

A very nice original early war battledress which would make a fine addition to any Home Guard collection.