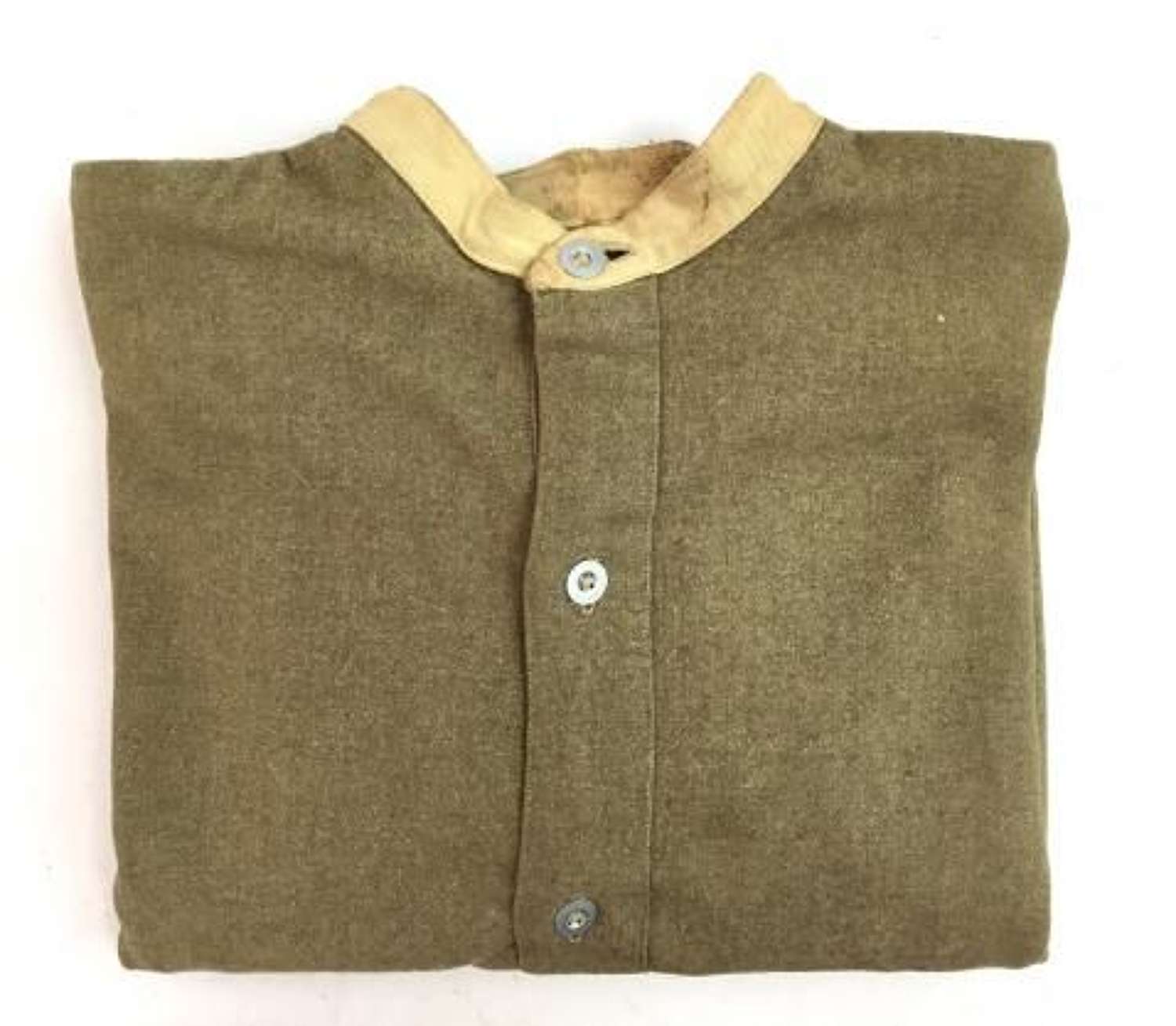 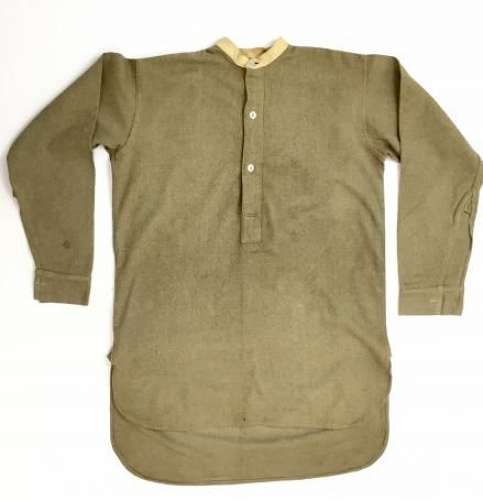 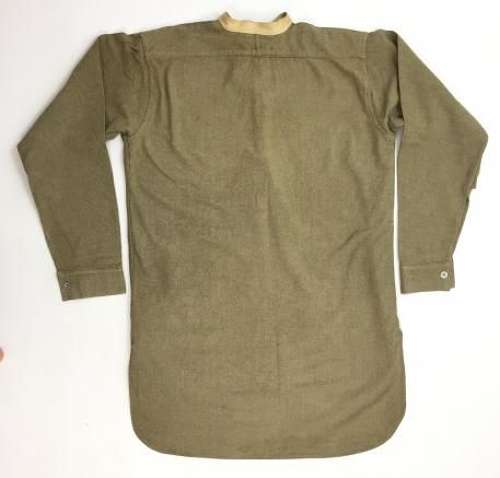 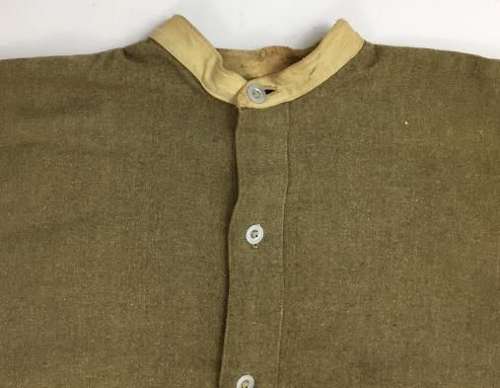 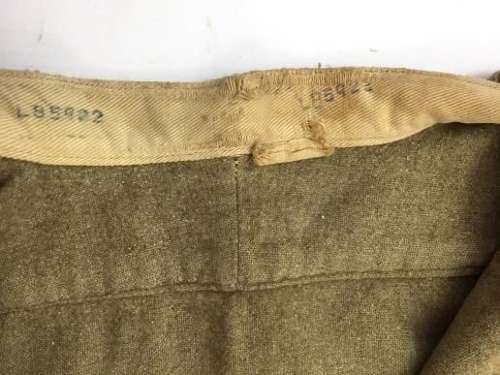 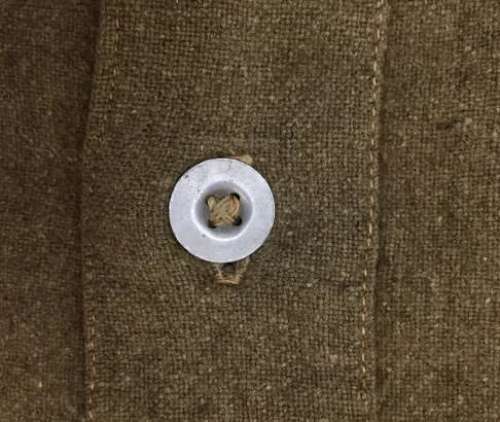 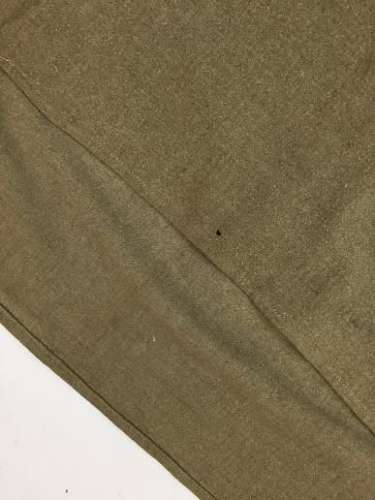 This rare early shirt belonged to sgnm J.H Wells who served with the Royal Corps of Signals during the Second World War. He was discharged from the army on the 14th of May 1944 meaning that all his surviving items were used or worn by him prior to this date.

The shirt itself is typical of those issued during the Second World War. It came into issue in the interwar period replacing. The earlier ‘grey back’ shirt used in the Great War. Made from a khaki green wool shirting material, it features a half button, or tunic, front which fastens with three buttons. The collar is made of khaki drill whilst the buttons are the white metal type used in the early stages of the Second World War and the same as those used in shirts in the first war.

When laid flat the shirt measures at 22” pit to pit meaning it should be a good fit for a 38-40” chest. The collar measures at 15” when fastened and the shoulders measure at 17”.

The condition of the shirt is very good as can be seen in the pictures. There is one small hole to the tail of the shirt as shown in the photograph and there is also some wear around the collar. The shirt was used and worn during WW2 and has some stains and signs of wear which reflect this.

This is a very rare early war shirt with wartime provenance. It would be ideal for someone interested in the British Expeditionary Force as much as Normandy. Undoubtedly this would make an excellent addition to any WW2 collection.