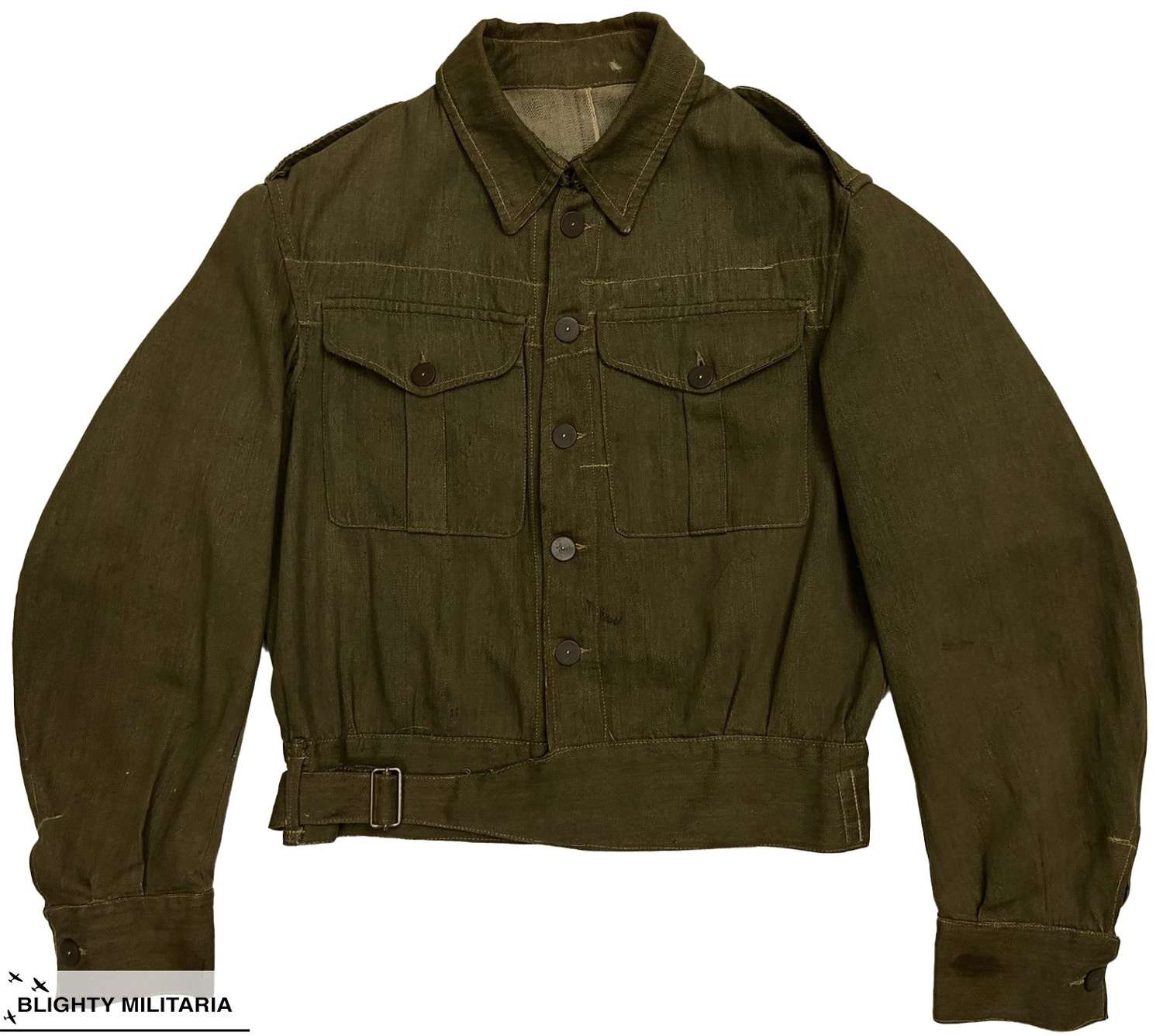 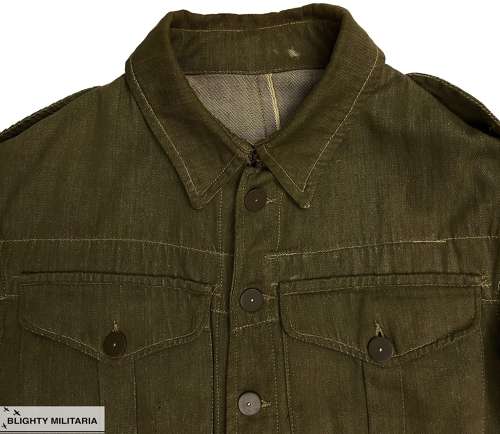 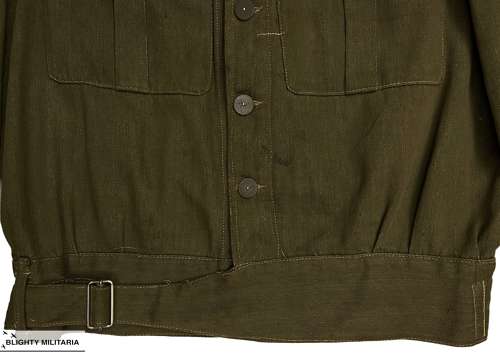 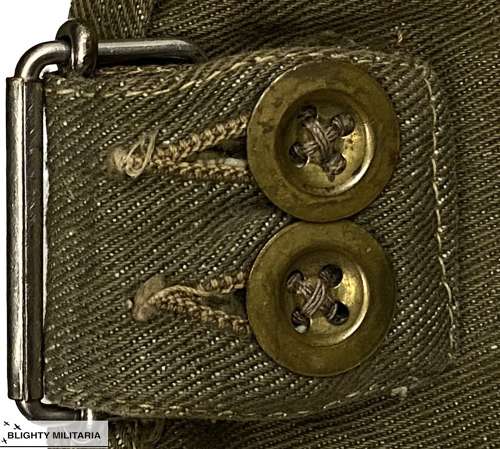 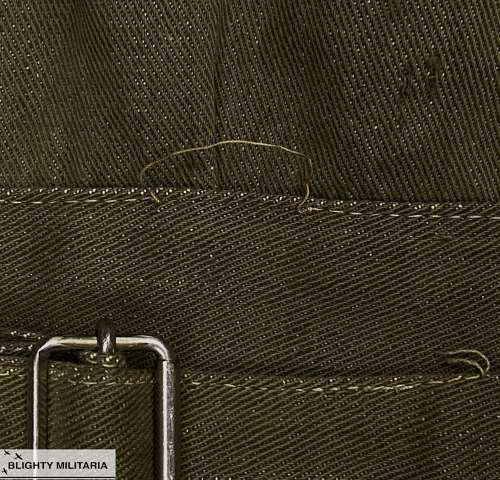 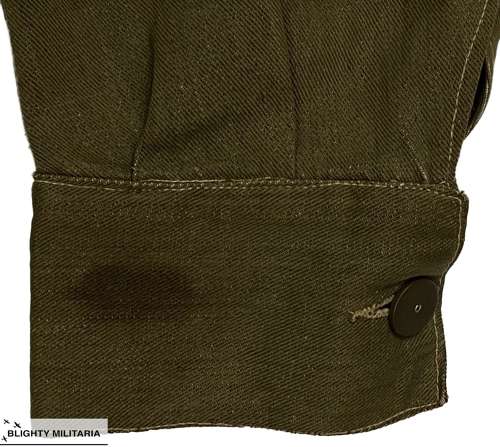 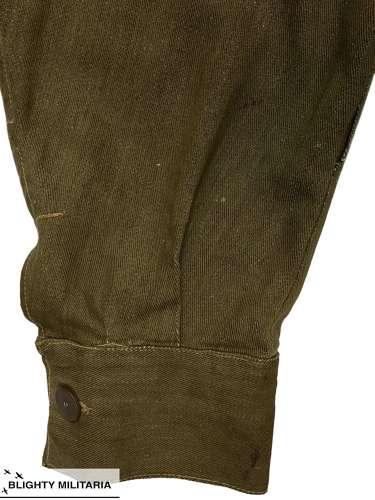 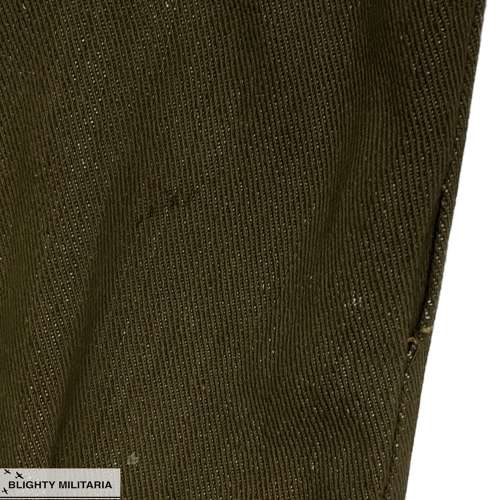 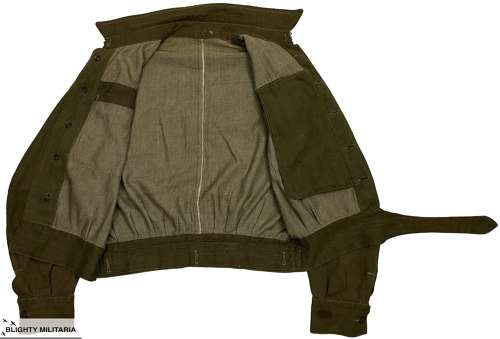 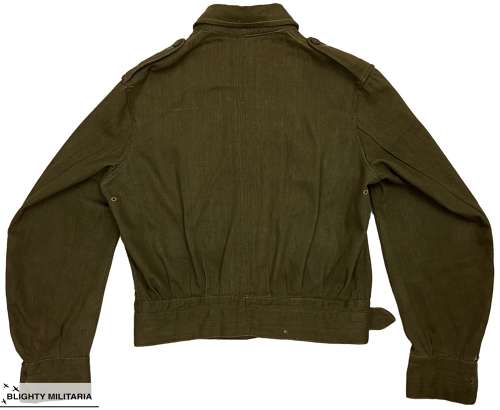 Introduced at the beginning of the Second World War as a replacement for the earlier fatigues issued in the Great War and inter-war periods, this pattern closely followed the design of the Battledress introduced in 1938 but was made from denim and had removable buttons. A huge stockpile of these jackets was left behind in France following the evacuation from Dunkirk. They fell into the hands of the Kriegsmarine who used them during the rest of the war.

The jacket features the correct early wire waist buckle which is held on with two stamped brass buttons as are often found on early manufactured items. As well as this the jacket is fitted with the correct early flat pattern revolving shank buttons which are held in place with brass split rings.

Sadly the original label is no longer present although there is clear evidence of where it was originally attached. The jacket is a medium size which should fit up to a 40" chest well and when laid flat it measures -

The jacket is in good condition with signs of wear or use. It displays very well and is still completely wearable but please take time to study the pictures before purchasing and bear in mind that this is a pre-worn, vintage work jacket which may have small issues commensurate with age. There is a small area of stitch loss along the waistband (picture 5) and another short area along the right arm (picture 8).

All in all a good example of this early war pattern of blouse which would make a nice addition to any WW2 collection.