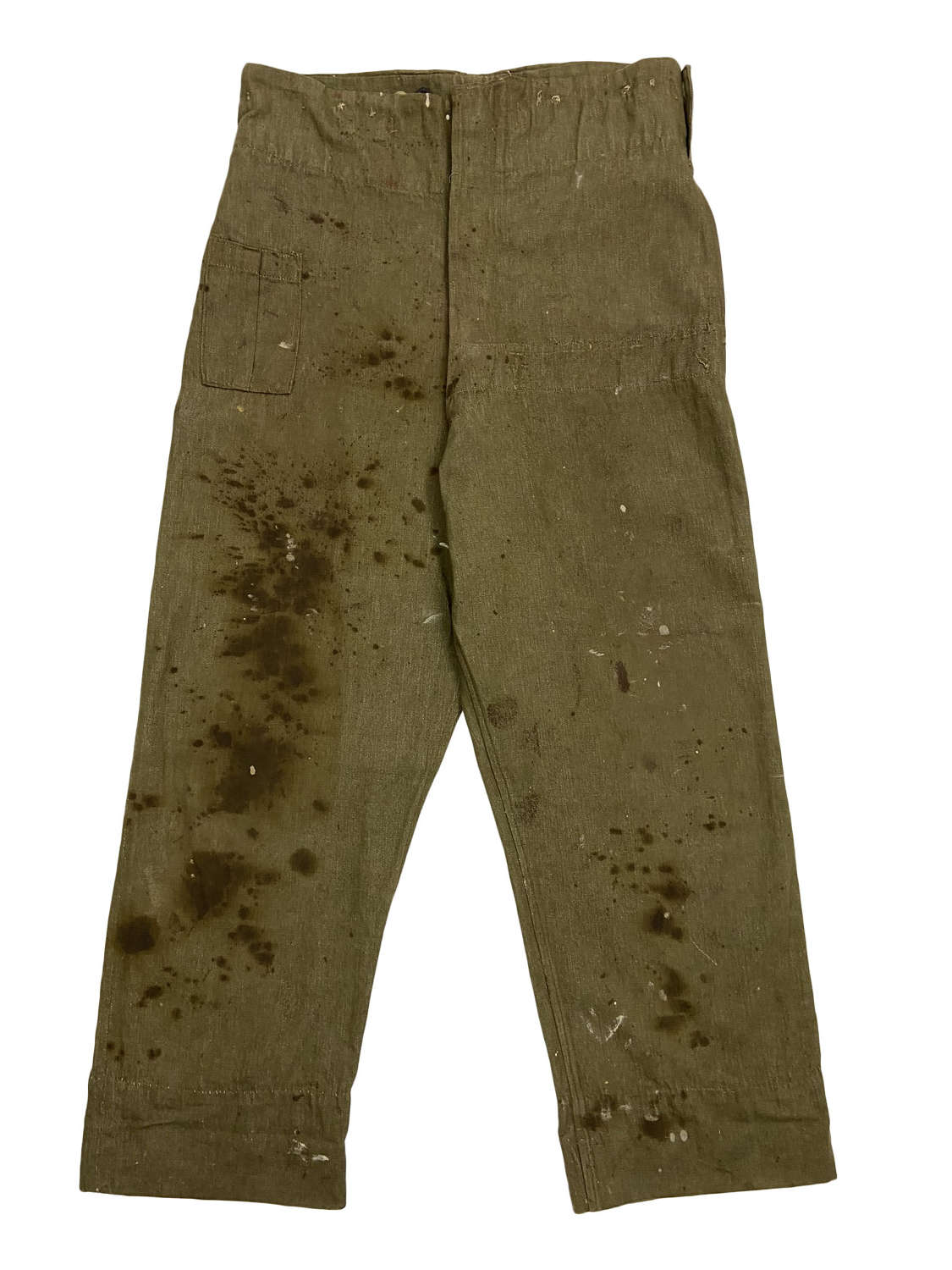 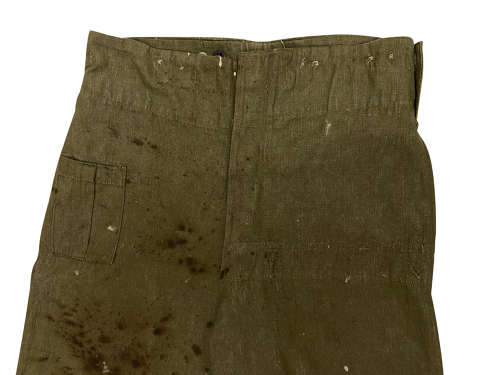 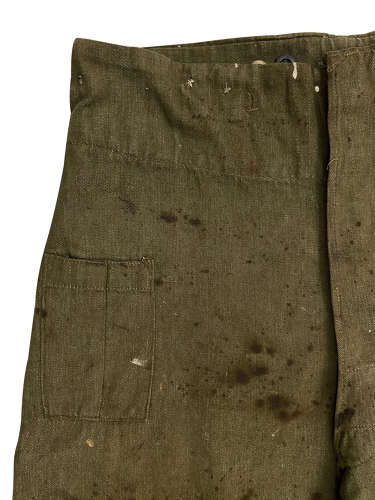 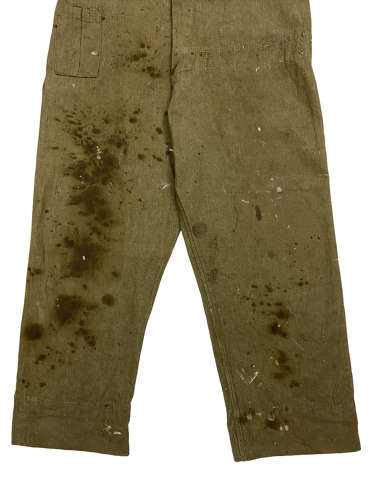 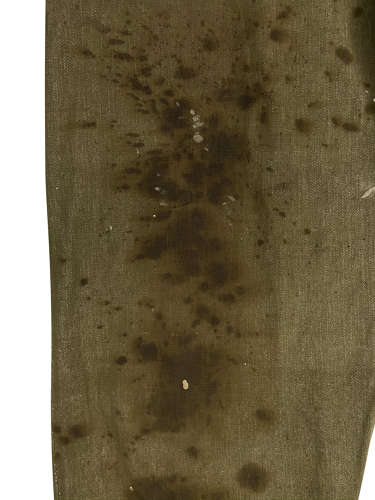 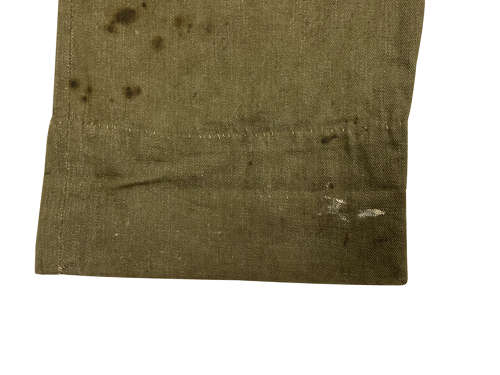 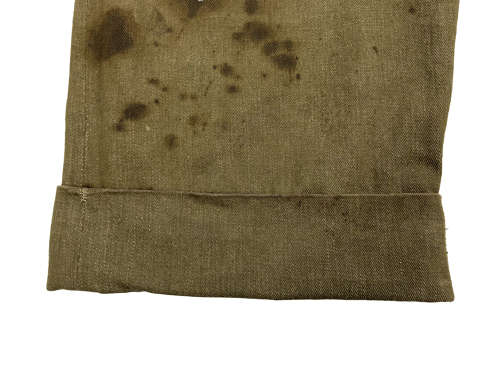 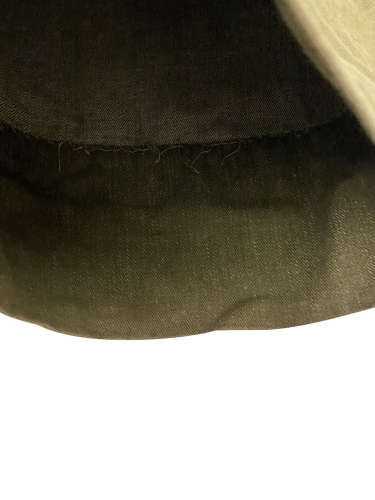 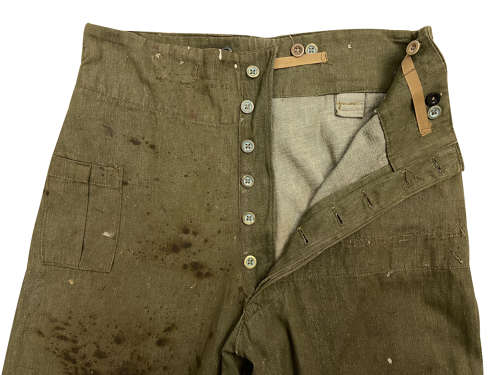 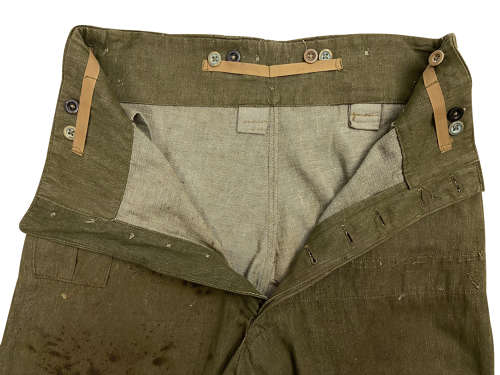 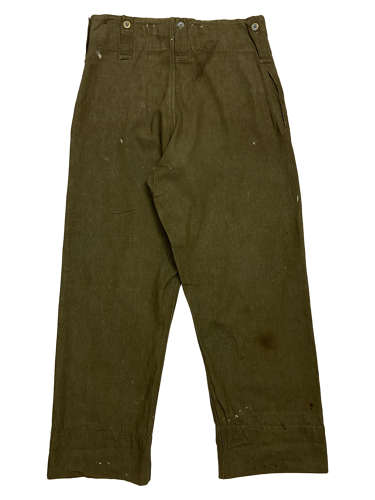 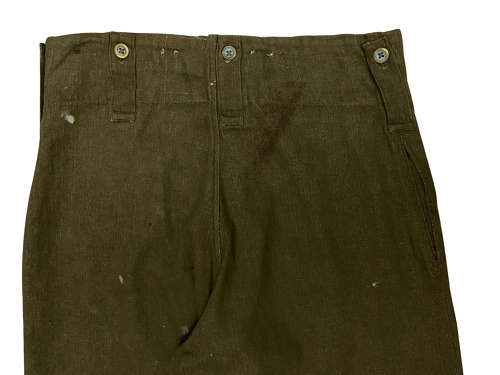 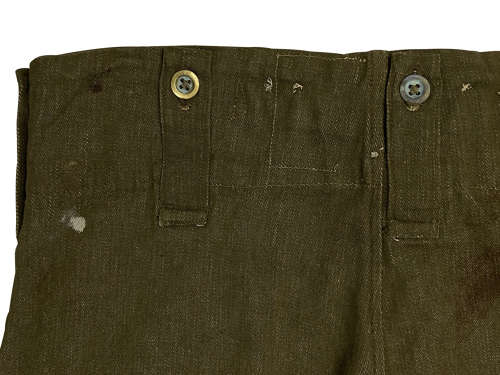 A rare original pair of early Second World War British Army Denim Battledress trousers which have been worn as workwear in England post-war.

This pattern of trousers was introduced at the very beginning of World War Two replacing the earlier fatigues used in the Great War and inter-war period. They were in turn superseded by an austerity pattern in 1942 making them a rare find today.

These particular examples have had the  map pocket removed post war to make them more usable as a work trouser. The belt loops have been left though and fasten with stamped brass buttons, with the same being found at the fly. There is a clear outline of where the original issue label was previously stitched to the rear of the trousers.

The trousers will suit someone of around a 34-36" waist as these are designed to be worn oversize. When laid flat the trousers measure -

The trousers are in well used condition as can be seen in the pictures with the usual signs of wear and use associated with vintage work pieces such as this. The leg has also been shortened and worn with a turn up which is now folded down. There is an inlay of 4" inside the cuff which could be let down to make them much longer in the leg. Both pocket bags have had holes cut in them for easy access to clothing worn underneath.

Whilst not an item for the purist militaria collector perhaps, personally I really like the workwear aesthetic of these trousers and think they would make a great addition to a collection!