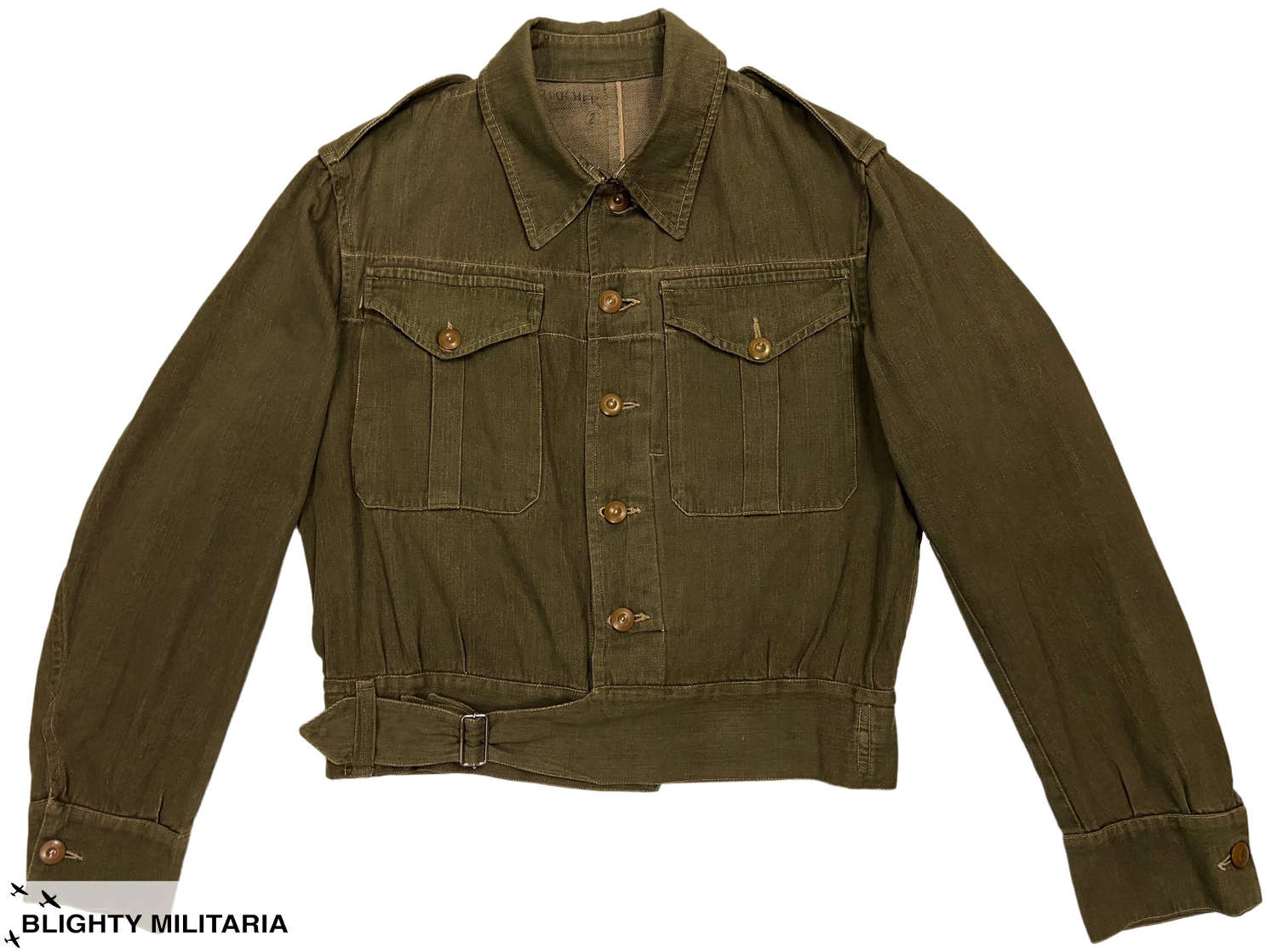 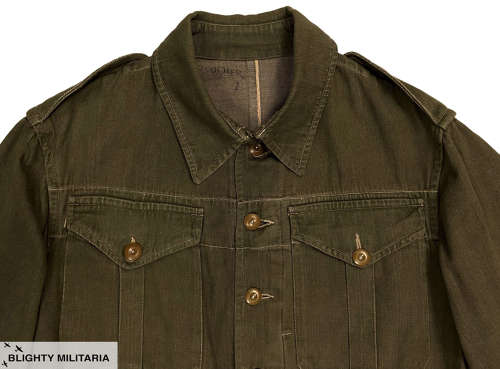 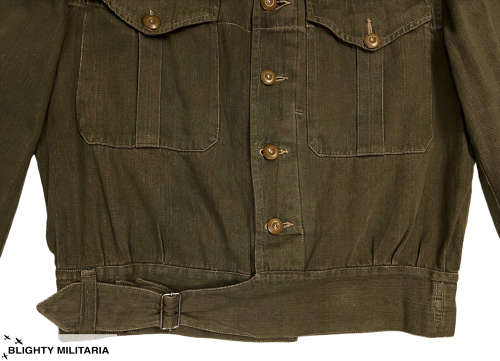 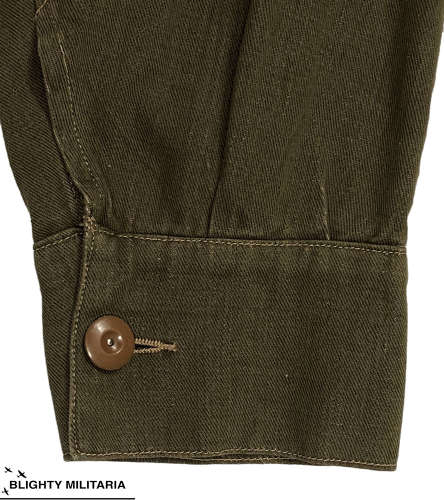 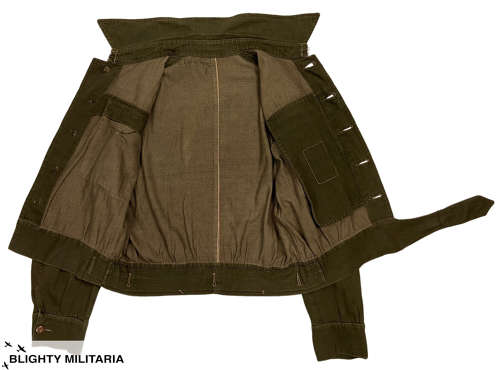 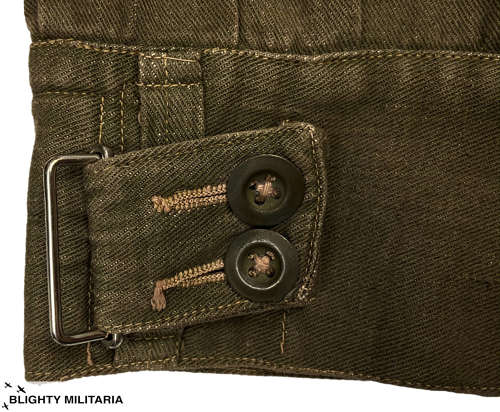 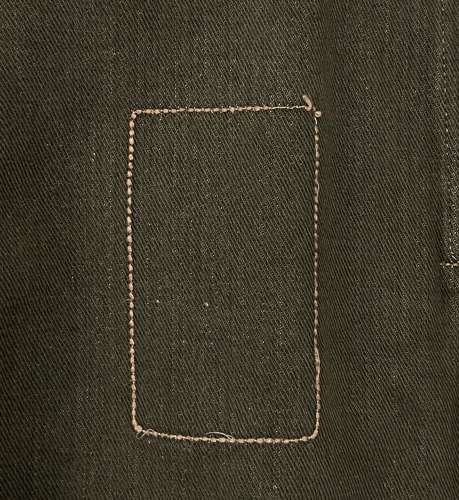 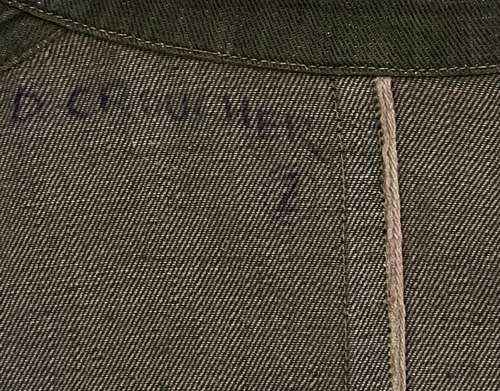 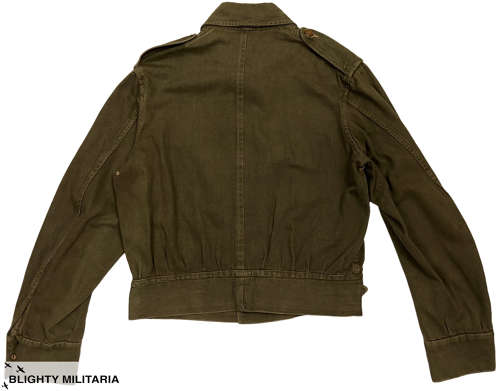 The jacket features the correct early wire waist buckle which is held on with stamped brass buttons as are often found on early manufactured items. As well as this the jacket is fitted with a set of butterscotch colored revolving shank buttons.

The jacket is in good condition with some signs of wear and use. It has clearly been used and worn but overall appears to be sound and wearable and displays well. This is a vintage, pre-owned item so may have small issues commensurate with age but overall looks to be a very good example.