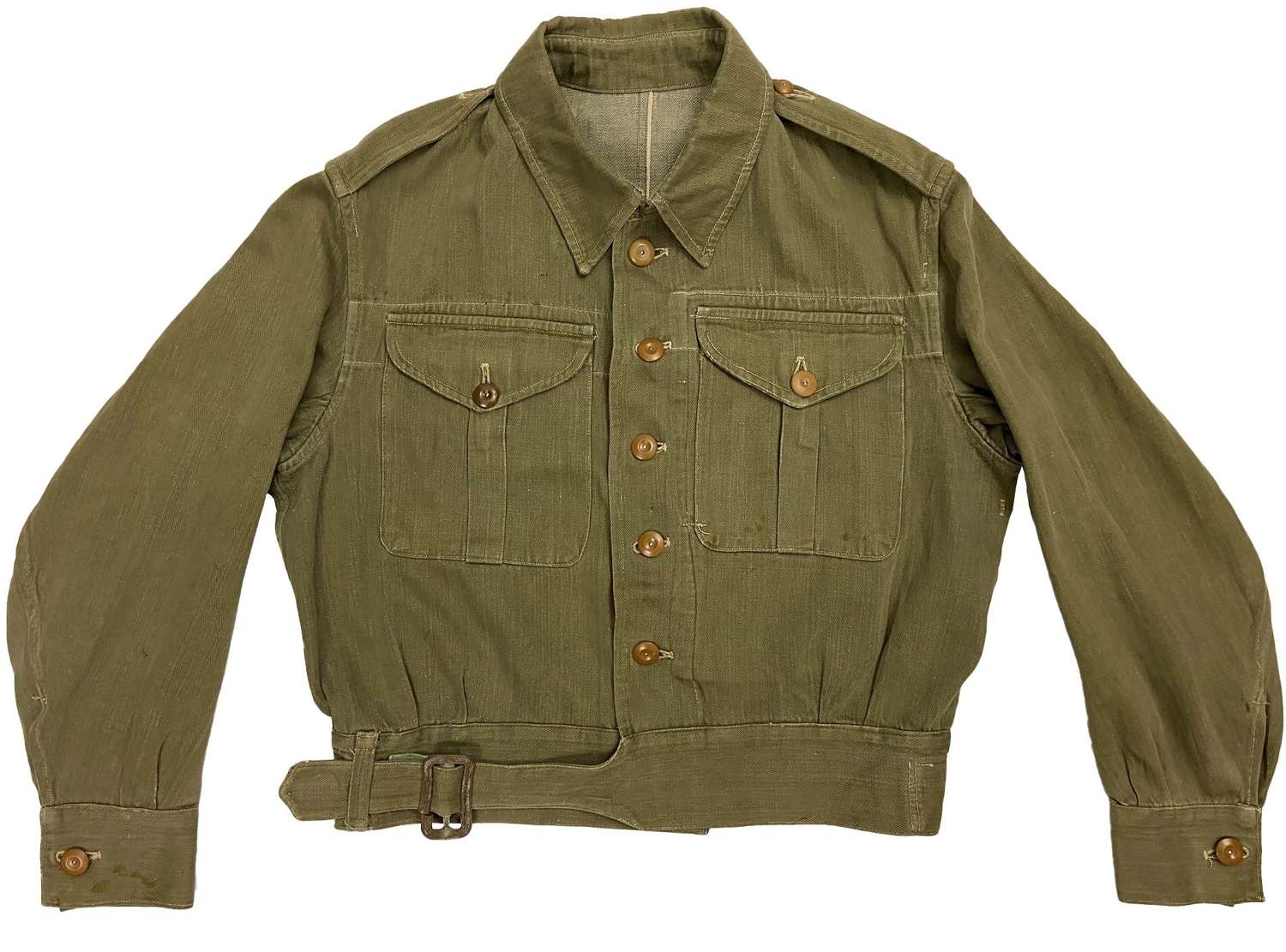 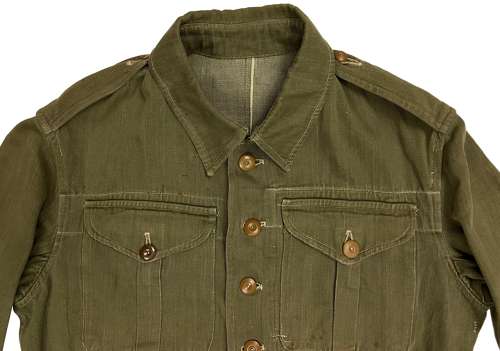 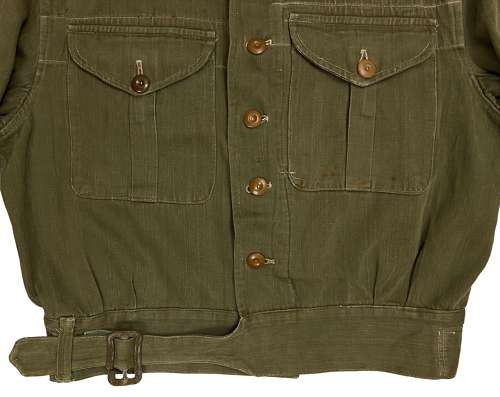 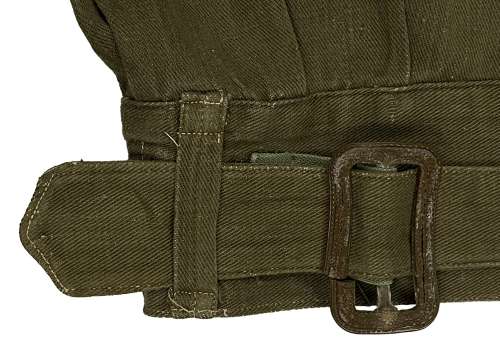 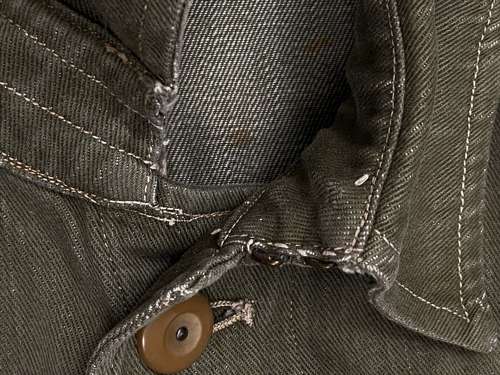 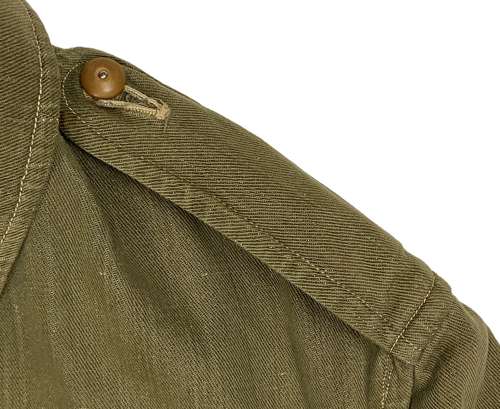 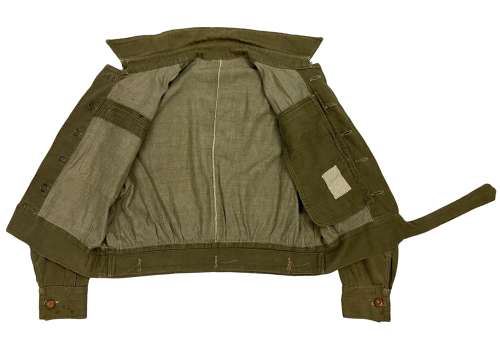 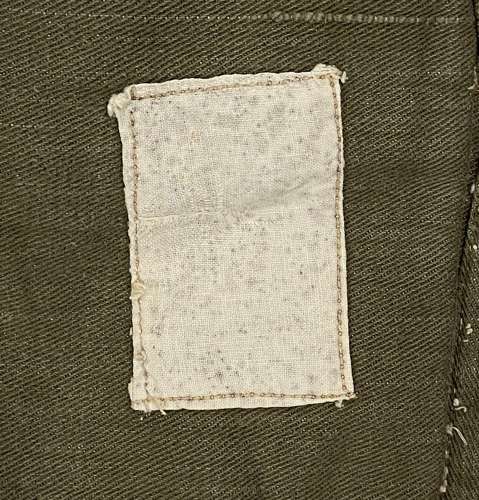 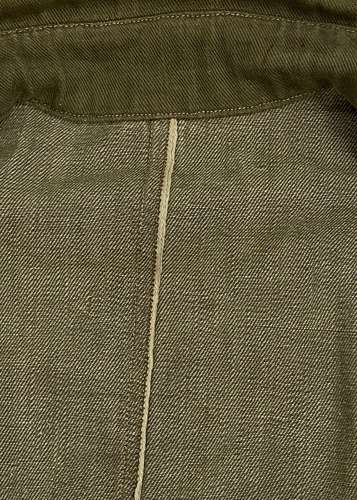 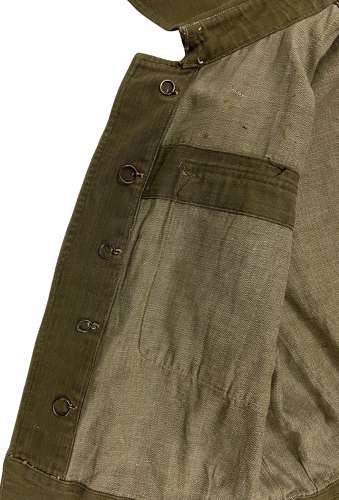 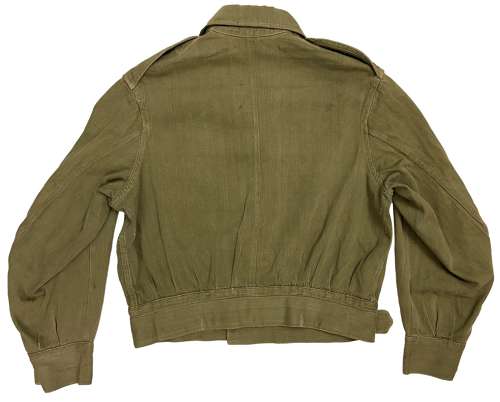 This jacket is an early issue example which was only made prior to 1942 when it was superseded by the austerity pattern. The most obvious feature of the first pattern jacket is the pleated chest pockets. The material is also a different hue to post-war manufactured items. A huge stockpile of these jackets was left behind in France following the evacuation from Dunkirk. They fell into the hands of the Kriegsmarine who used them throughout the rest of the war.

The jacket has had a period buckle stitched to it to fasten the waist rather than the usual removable style. It has a split to it but still functions and appears to be a period modification. This has been reflected in the price.

The jacket is fitted with a set of original revolving shank buttons, some of which are mis-matched. Smaller diameter buttons have been used for the epaulettes which is a nice feature. All the buttons are held in place with the correct metal split rings.

The jacket is in good condition but does show some signs of wear and use as well as laundering. Overall it displays well however and looks to be very wearable. This is a vintage, pre-owned item so may have some other small issues commensurate with age.