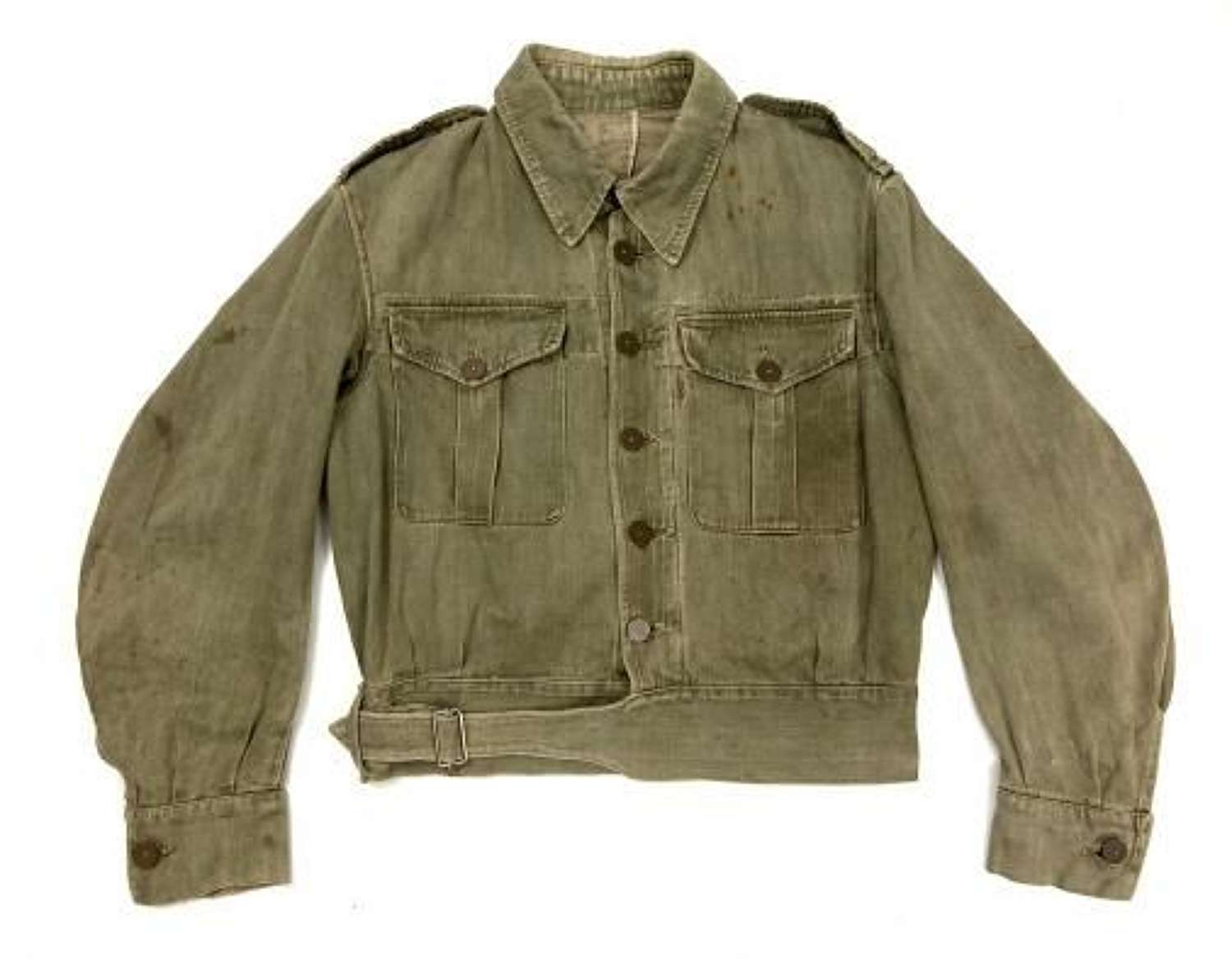 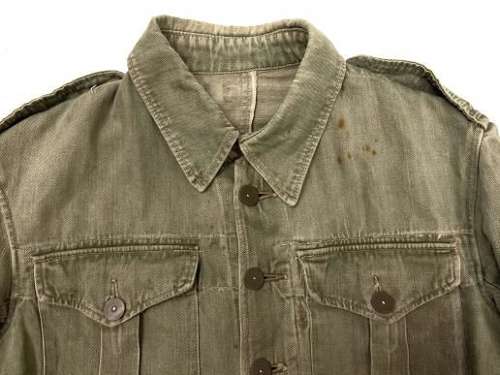 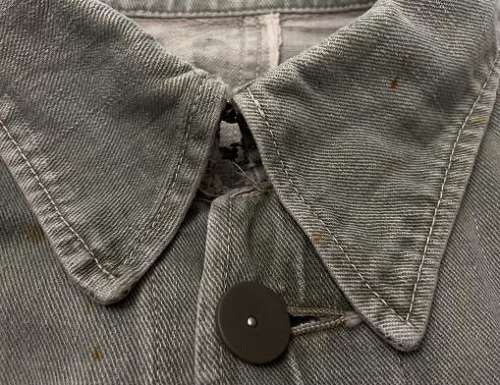 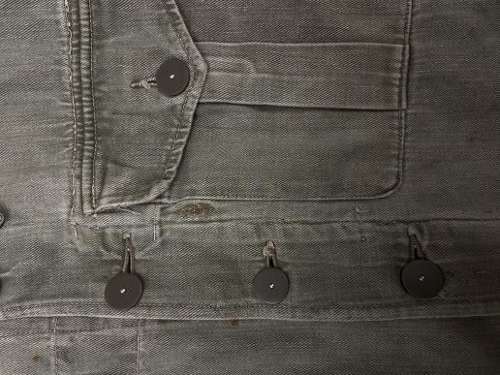 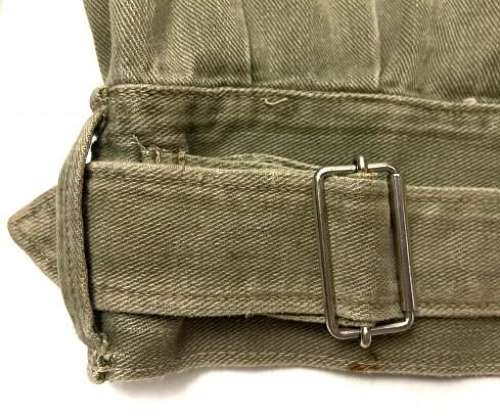 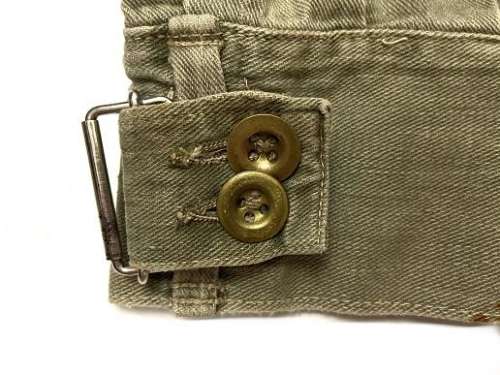 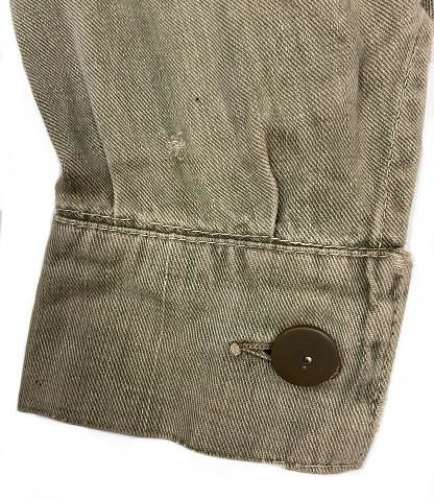 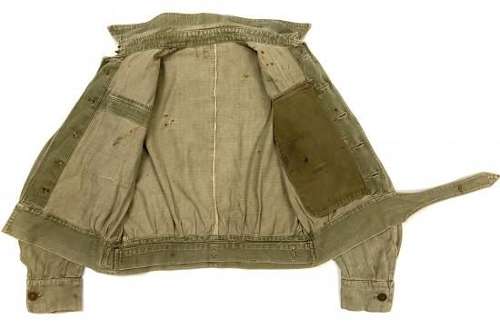 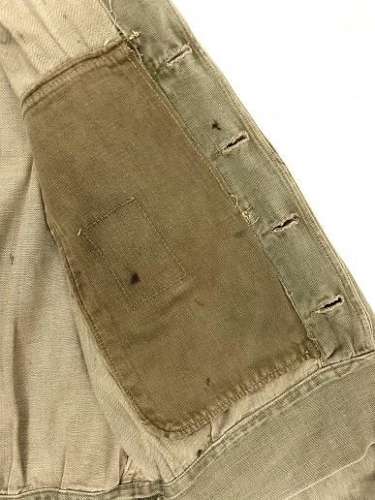 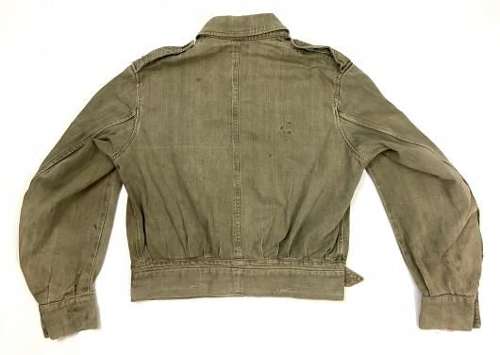 The jacket is fitted with the correct early type wire waist buckle which is held in place with two stamped brass buttons. As well as this it is fitted with the correct flat pattern revolving shank buttons which are all held onto the jacket with brass split rings. Also of note is the selvedge which can be seen along the rear seam inside the jacket.

The jacket is in well worn condition and has incredible fade to it which is almost certainly a mixture of washing and sun bleaching. It has given the jacket a fantastic and consistent worn look which is only achieved from genuine wear and use. There are a number of stains including some rust marks to the front of the jacket as well as a few small period darns and repairs. There is also some fraying around the cuffs but overall the jacket displays well and is still very wearable.

A fantastic looking first pattern example dating from the first two years of the war.