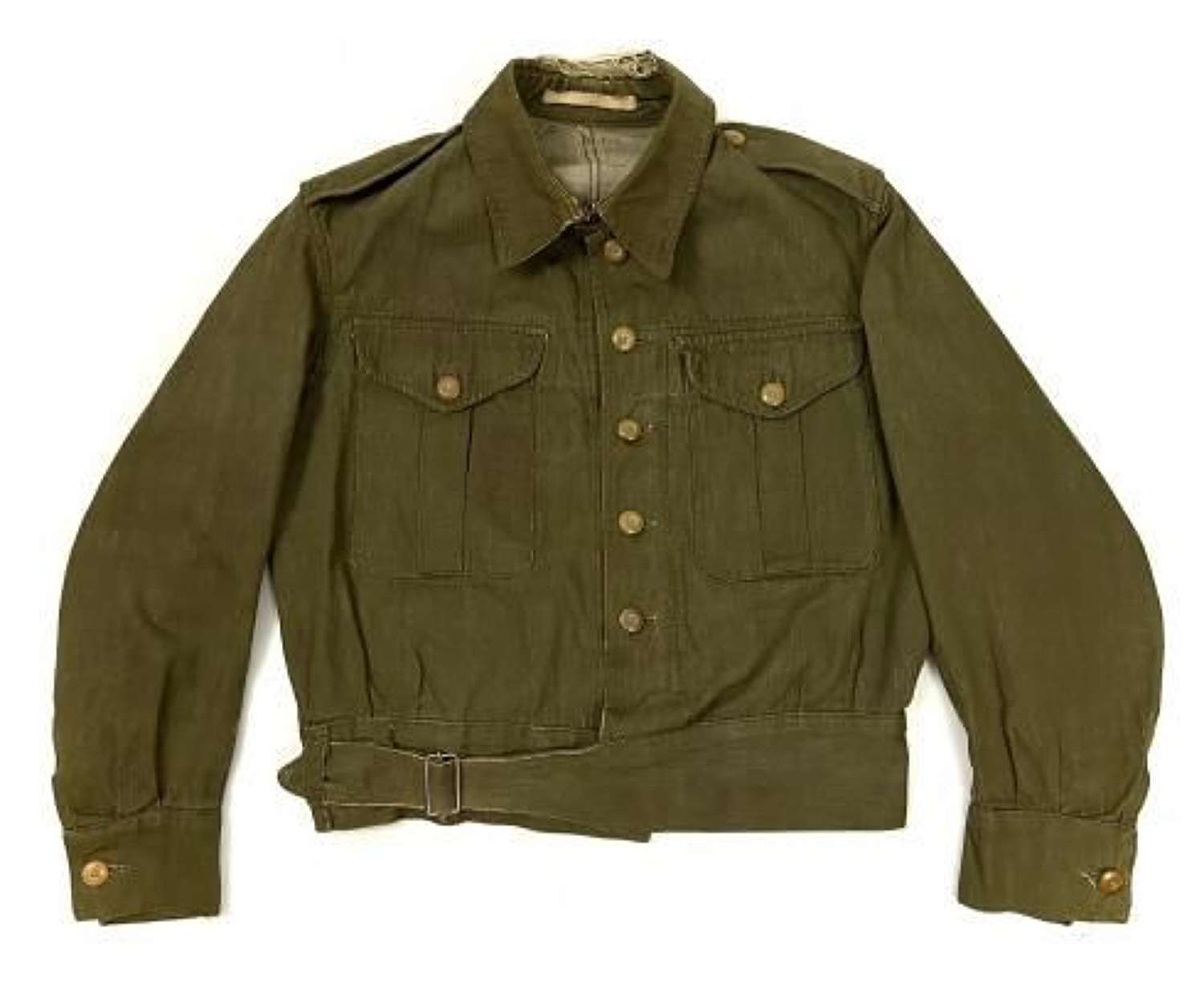 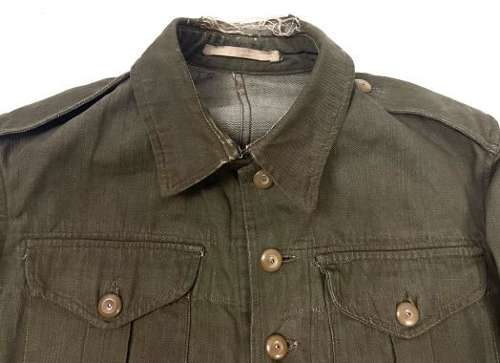 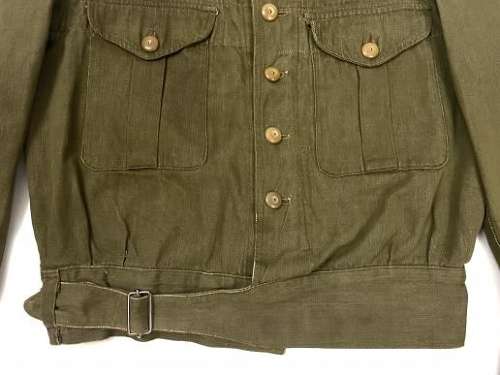 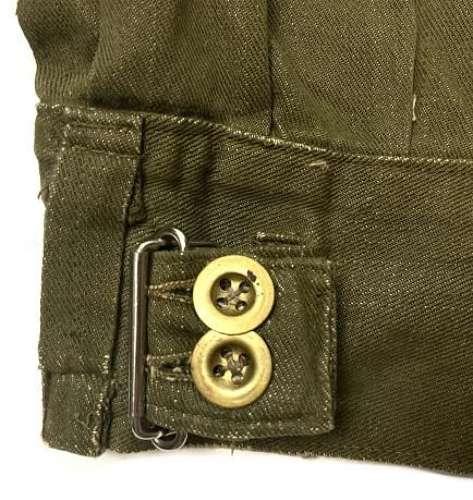 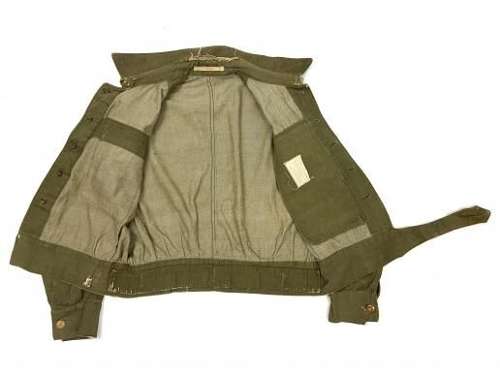 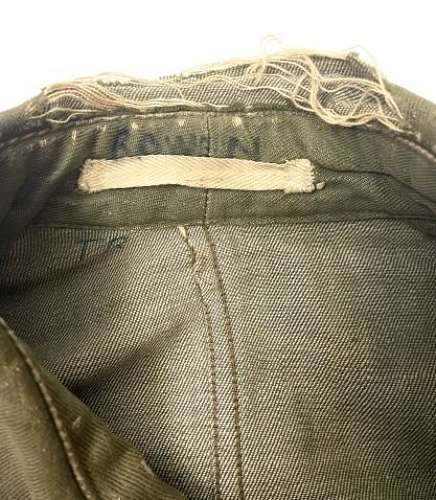 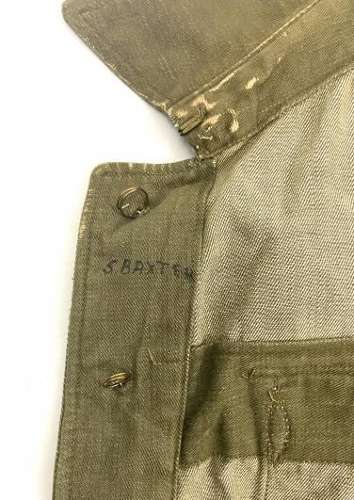 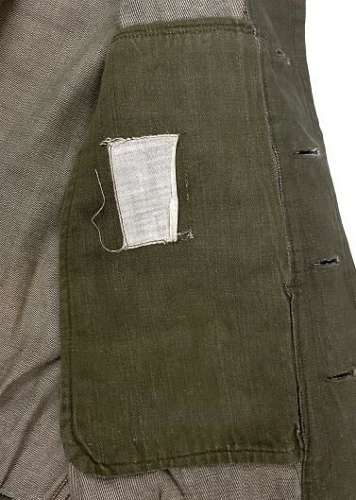 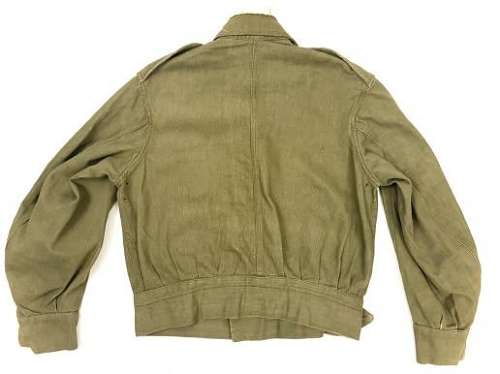 The jacket is fitted with early war pattern wire waist buckle which is held onto the jacket with two stamped brass buttons, as usually found on early British made items. Butterscotch revolving shank buttons are fitted throughout and all held in place with the correct style of split rings.

Inside the jacket the original label is still present but sadly has been washed out beyond legibility. None-the-less this pattern was only made up until 1942 so the date isn't to important. There are also a couple of names written to the interior including 'S. Baxter'.

The overall condition of the jacket is good and it displays well. The collar has worn through however around the back of the neck as is clearly evident in the pictures. One of the hooks that fastens the neck is also missing but it can still be fastened with the one remaining hook. There is also wear to the rest of the collar and the interior of the waistband. This damage has been taken into account with the price.

Whilst not the finest example of a first pattern denim blouse, this jacket still displays well and has plenty of character!