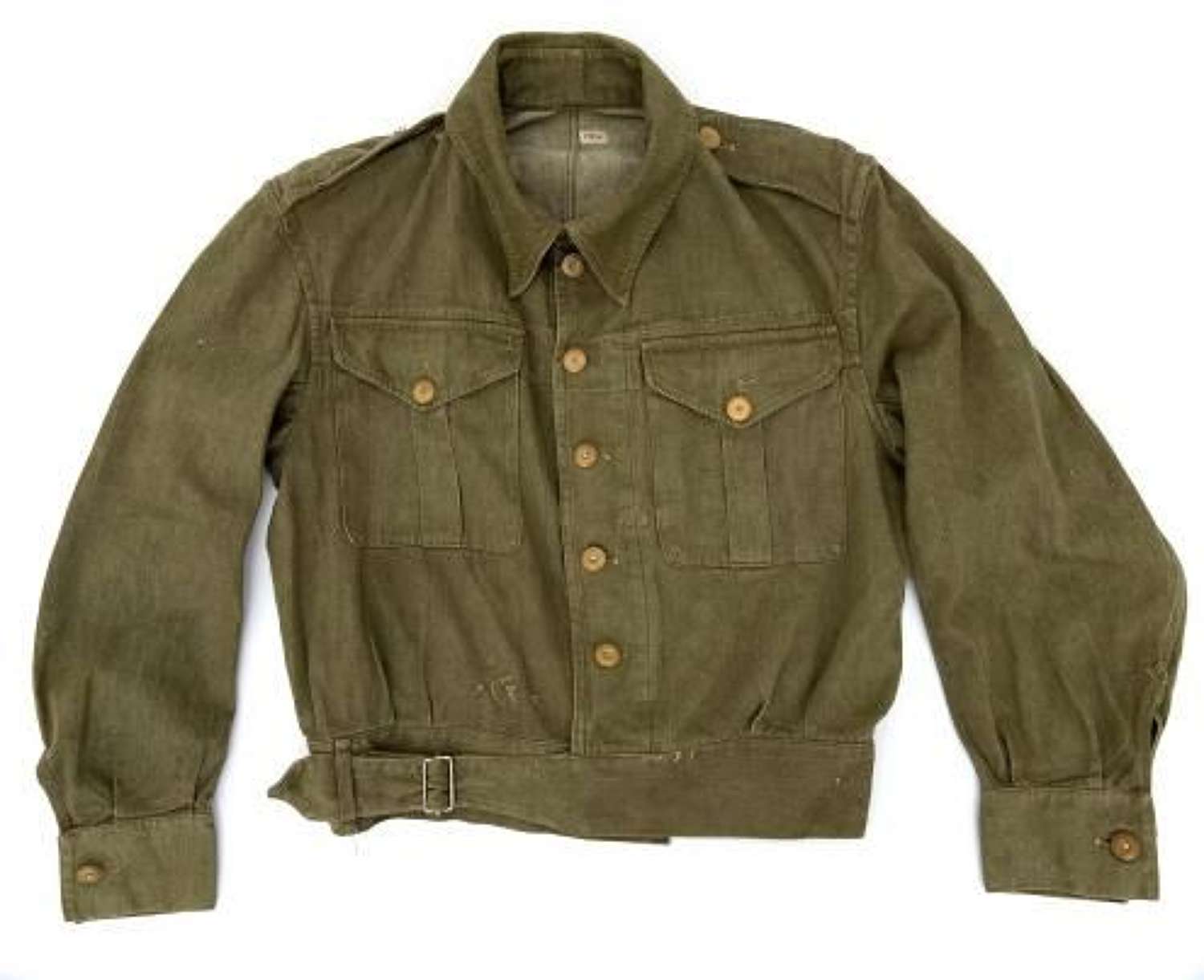 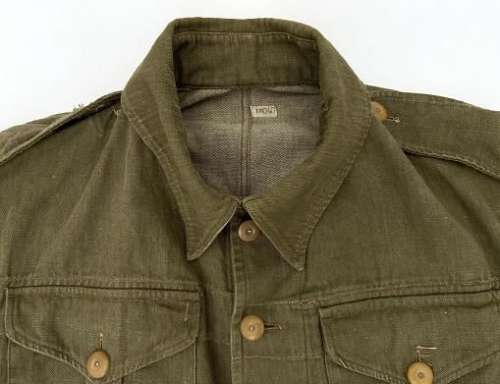 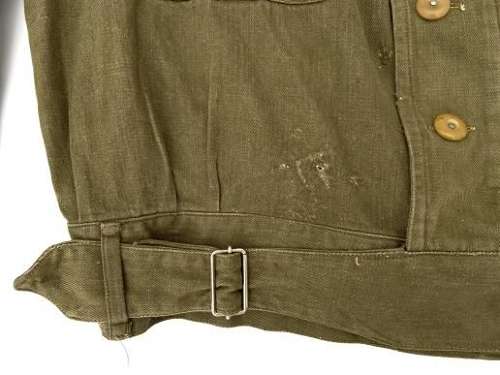 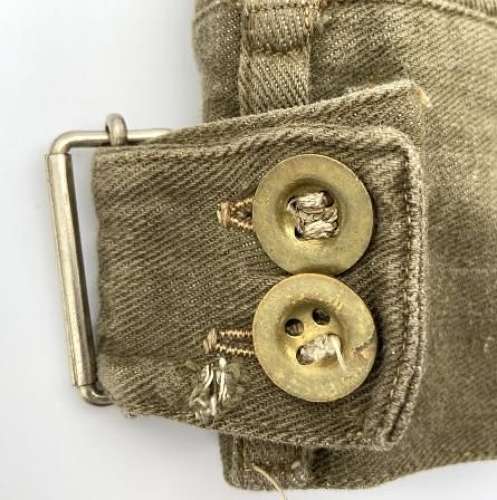 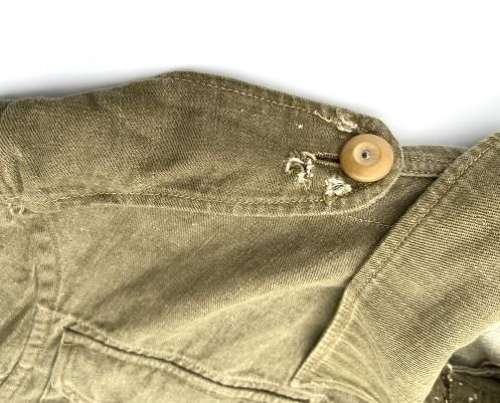 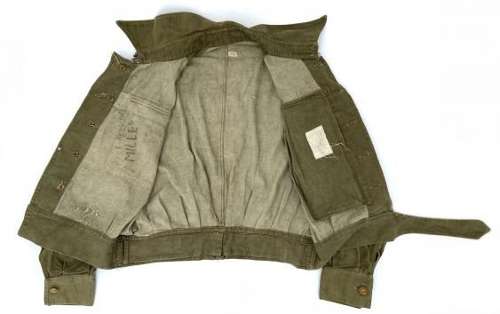 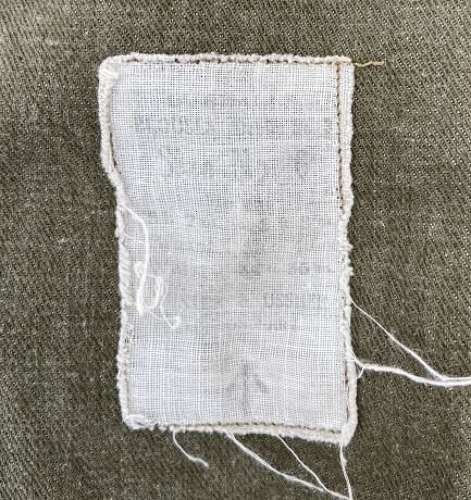 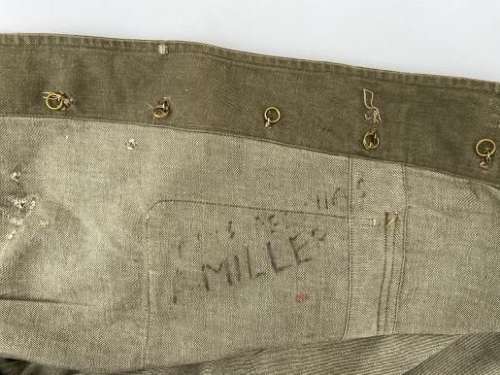 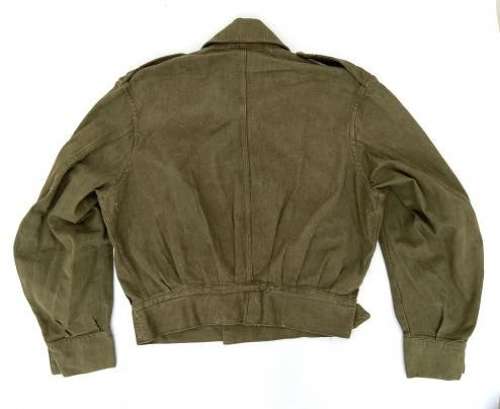 The jacket features the correct early wire waist buckle which is held on with two stamped brass buttons. As well as this the jacket is fitted with a full set of butterscotch coloured revolving shank buttons which are all held in places with the correct brass split rings.

Unlike most example offer onto the market, this jacket still retains its original issue label to the inside pocket. It is well washed out but some details are still legible including the size, 6, and the War Department broad arrow marking. Size 6 is designed to fit a 38-40" chest and a 34-35" waist. The jacket has been tailored in at the waist however measuring at 16" across when laid flat.

The original owner has marked his name to the interior of the jacket which reads 'A. Miller'. As well as this there is a small laundry tag to the neck.

The jacket is in reasonable condition for its age with some signs of wear and use. There are a couple of small holes to the righthand epaulette as we all another thin area above the waist buckle. Both of these faults are detailed in the pictures and please bear in mind that this is a pre-worn, vintage work item which may have issues consummate with its age.

All in all a nice original early WW2 battledress jacket in a wearable size. Ideal for the collector and re-enactor alike!