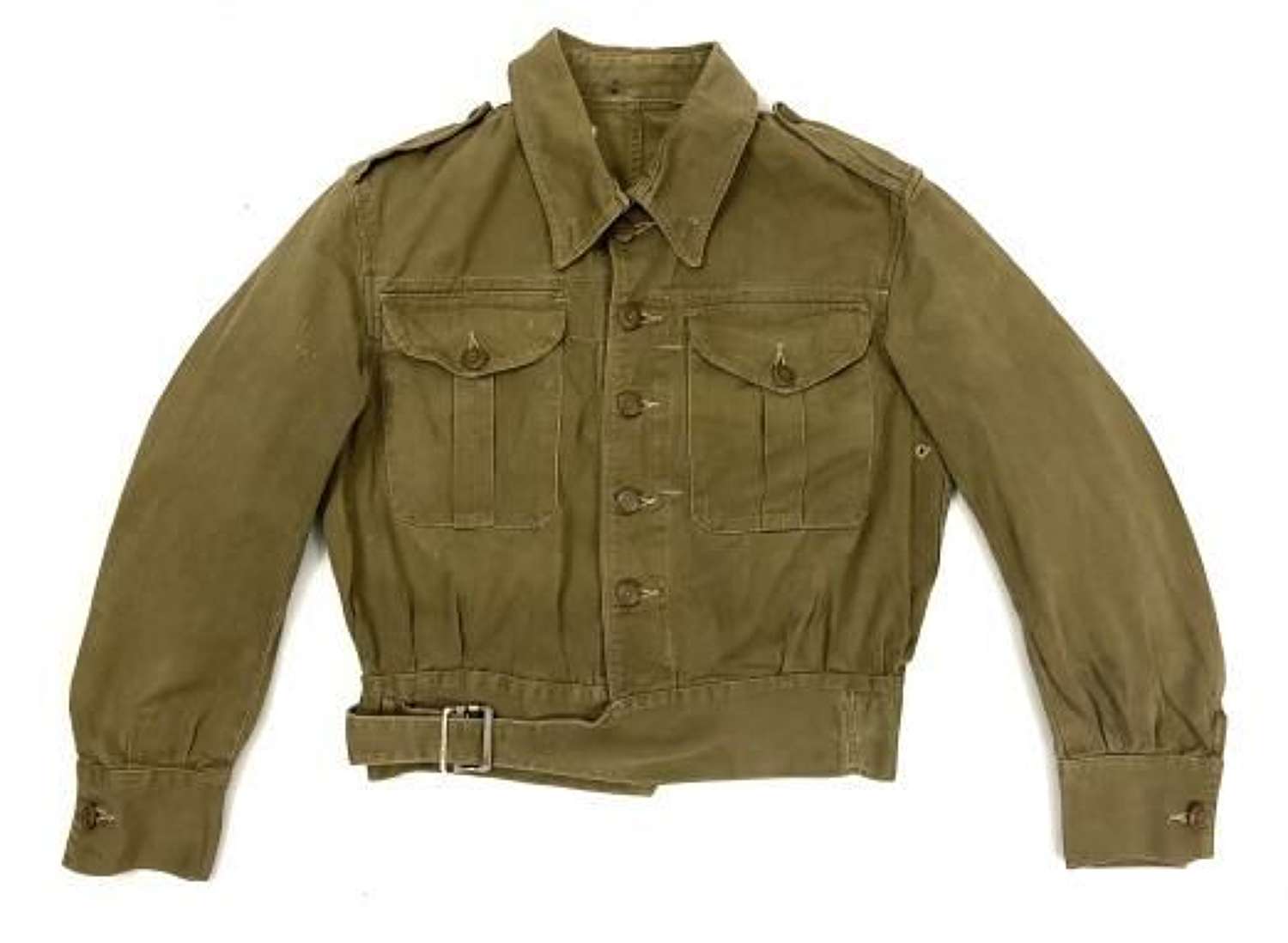 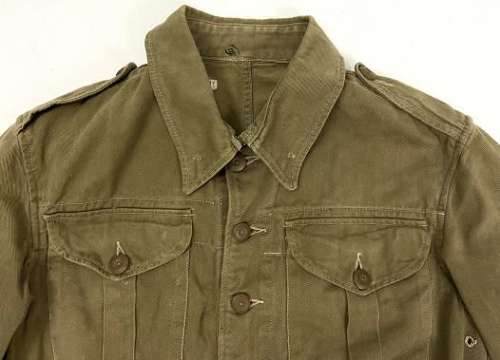 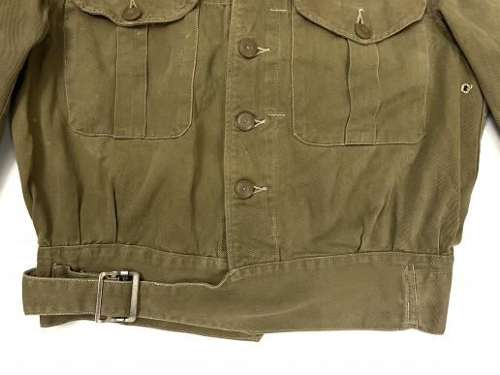 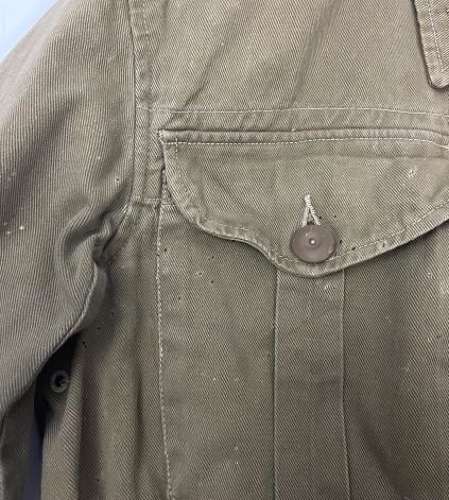 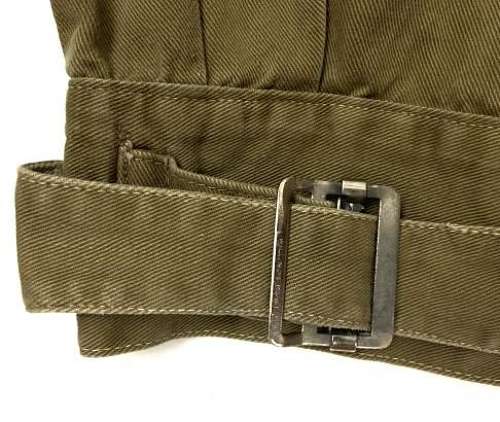 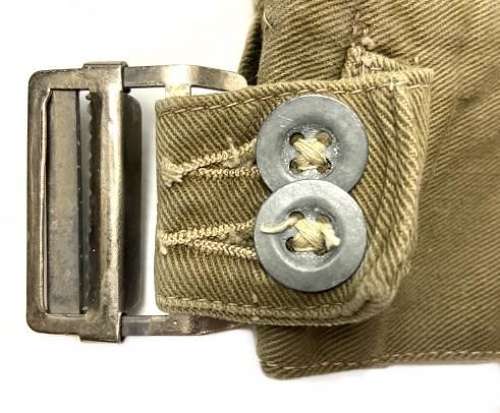 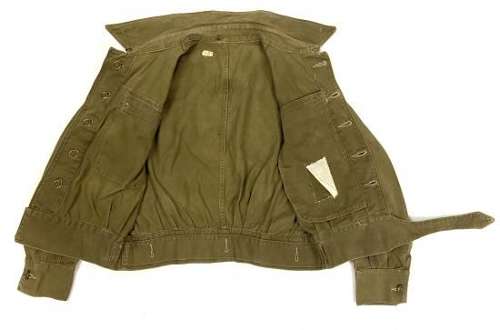 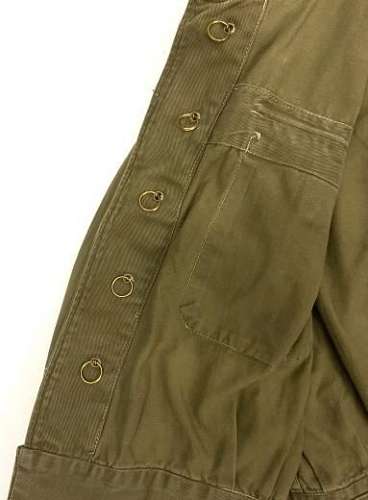 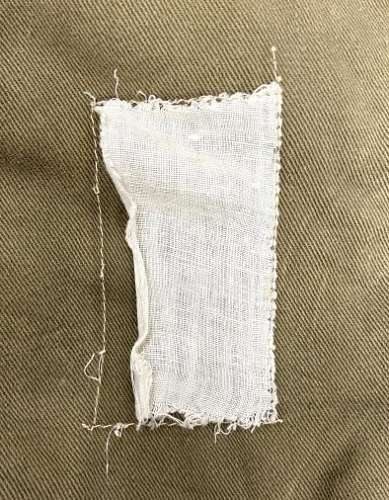 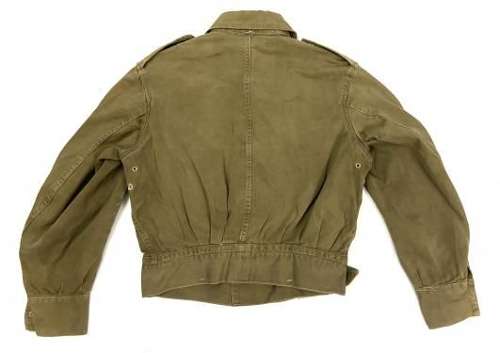 An original first pattern British Army Denim Battledress Blouse dating from the early part of the Second World War and in an extra small size.

The jacket is fitted with a wartime chromium plated waist buckle which is held in place with two stamped steel buttons. Green / brown revolving shank buttons are fitted and held in place with the correct brass split rings to the rear. The colour of the jacket is a typical brown hue only seen on wartime examples and very different to the lighter green jackets made in the post-war years.

Inside the jacket the original label is still present but is sadly washed out beyond legibility. This is a common thing to find with used wartime battledress but lucky as this is a first pattern example we know it is of early manufacture.

The jacket is in good wearable condition and displays well. It has had one hole punctured to each side of the collar, most likely to fit a pair of badges. There are some black marks to the front as detailed in the picture and other signs of service wear but overall it is a very nice jacket. Please however bear in mind that this is a pre worn work item which is over 75 years old so may have other small issues commensurate with its age.