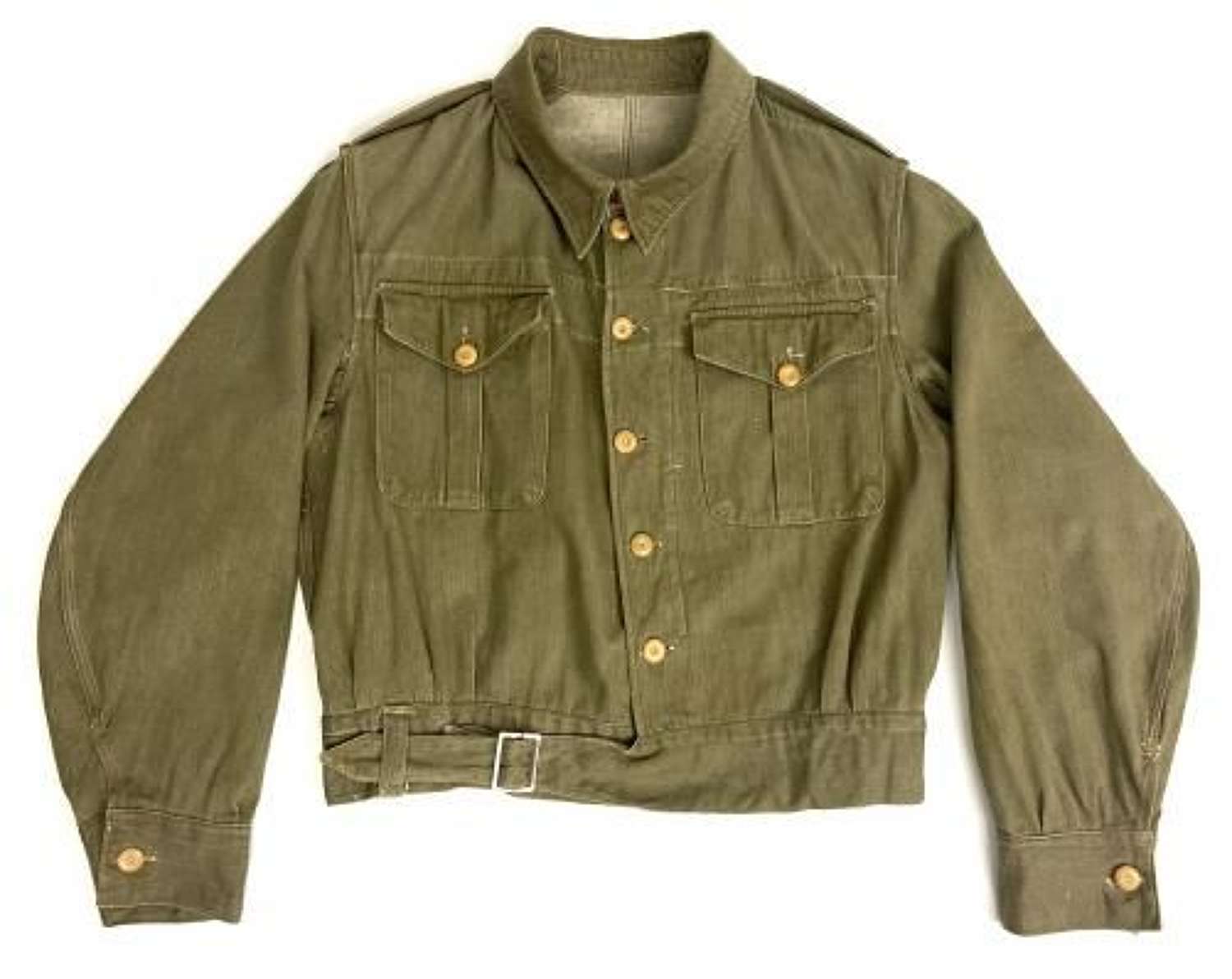 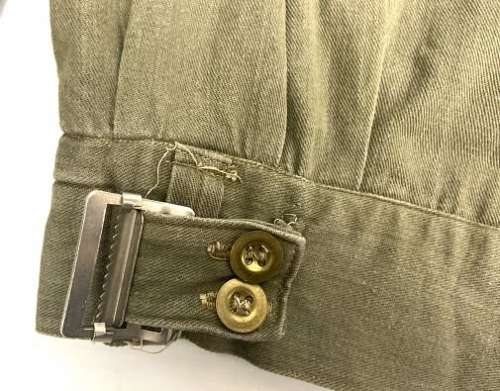 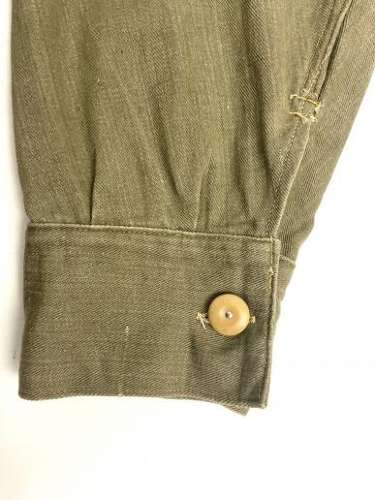 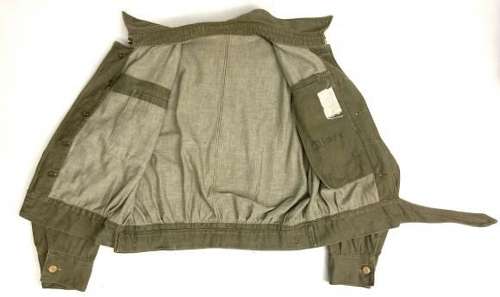 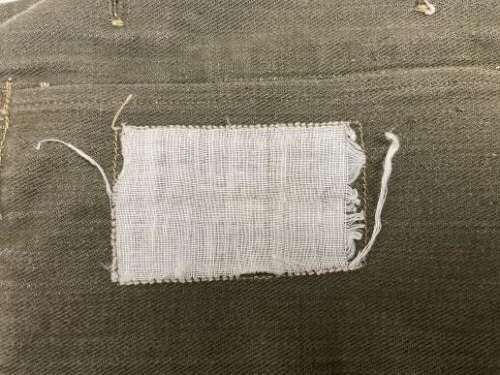 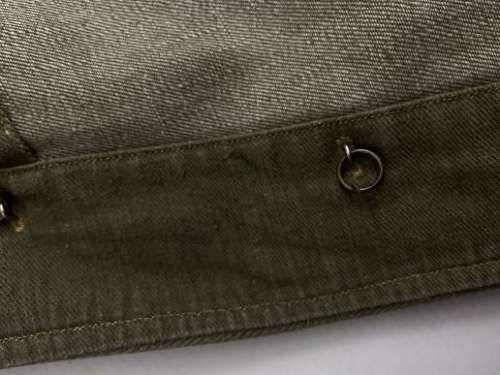 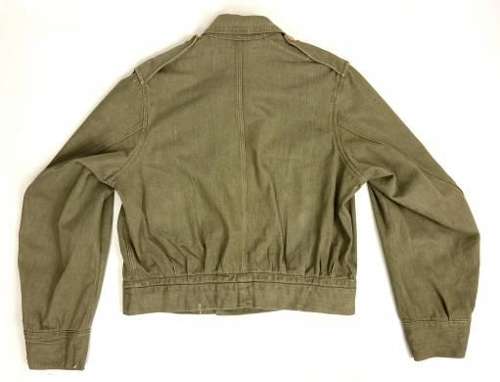 The jacket features a chrome plated waist buckle which is held on by two stamped brass buttons, as was common with early manufacture denim jackets such as this. As well as this, a full set of butterscotch coloured revolving shank buttons are fitted to the jacket and held on with the correct metal rings.

Inside the jacket still retains its original label which is somewhat washed out. The size can be made out though as No.12 which was the largest size manufactured. It is the equivalent of a size 17 or 18 battledress serge jacket and is designed to fit someone of up to a 44" chest and 6' 2" tall. When laid flat it measures -

The condition of the blouse is very good as can be seen in the pictures. Whilst the jacket has clearly been laundered on numerous occasions and therefore worn, it still displays very nicely indeed. There are no major issues or flaws with the jacket which overall is a fine example.

A rare opportunity to acquire an early war jacket in the largest size made. They don't get any bigger!