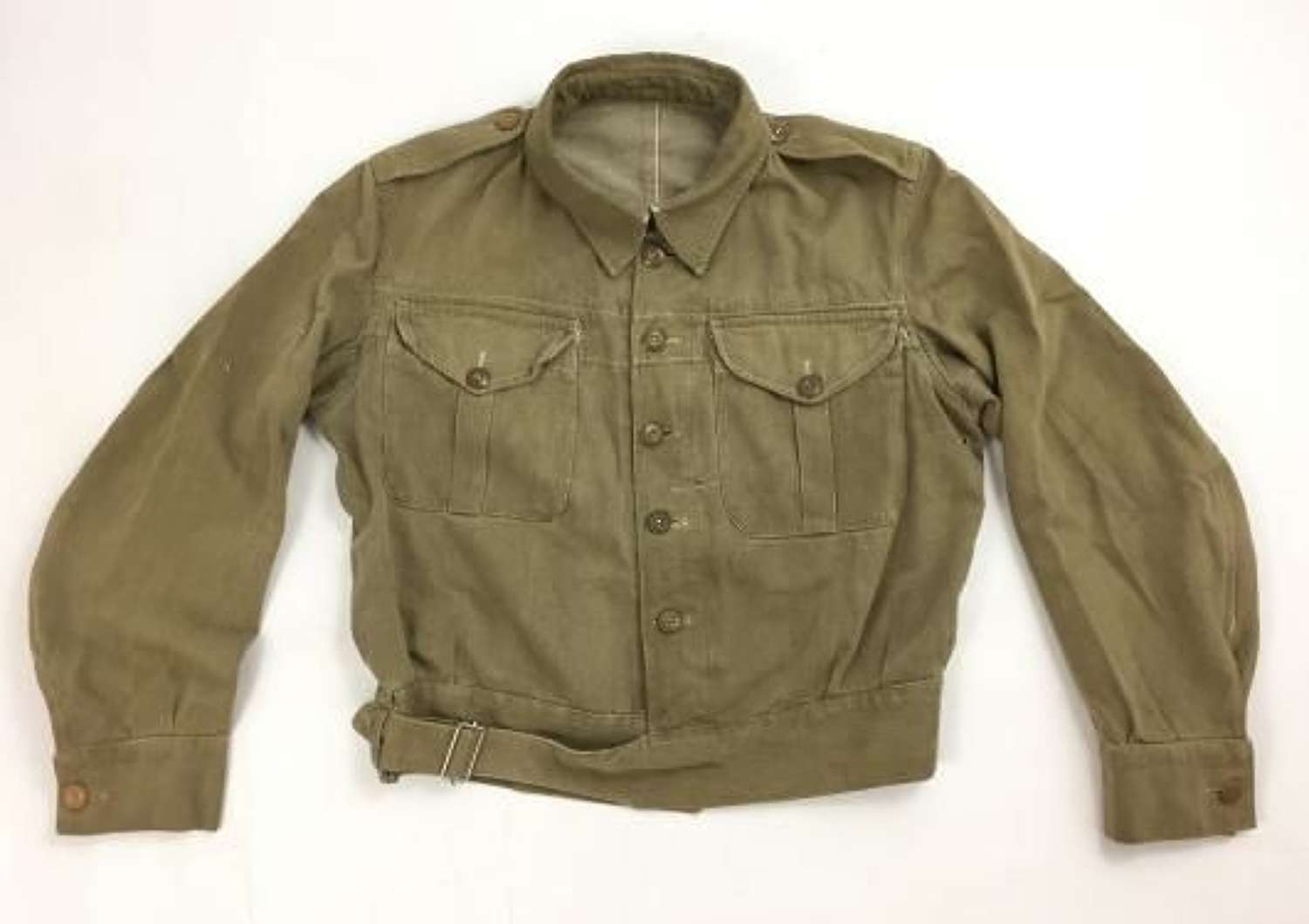 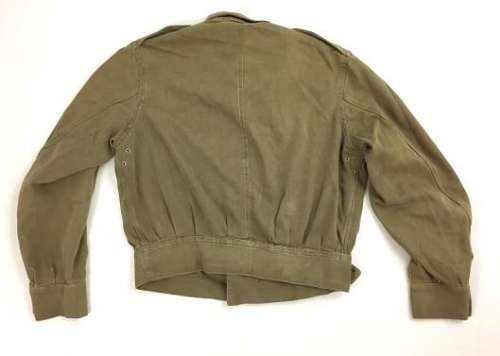 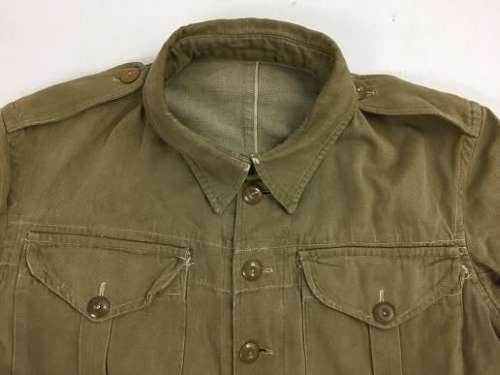 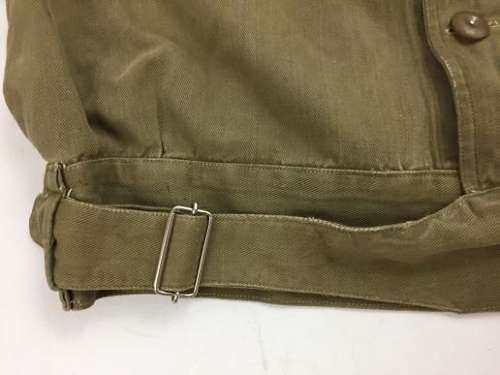 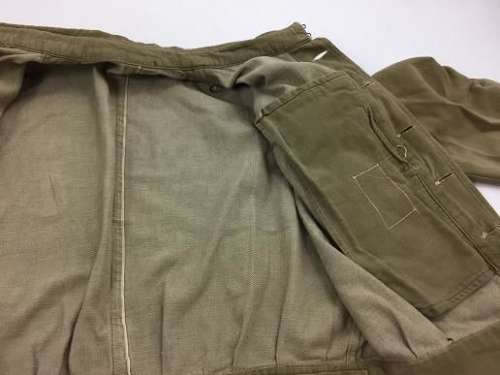 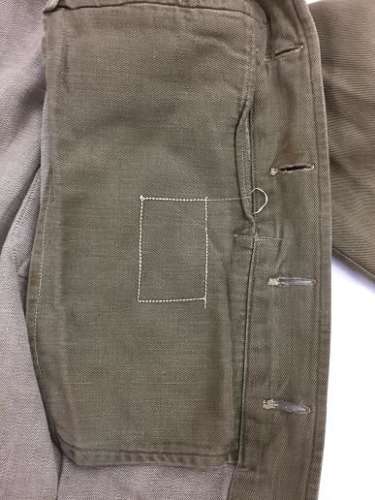 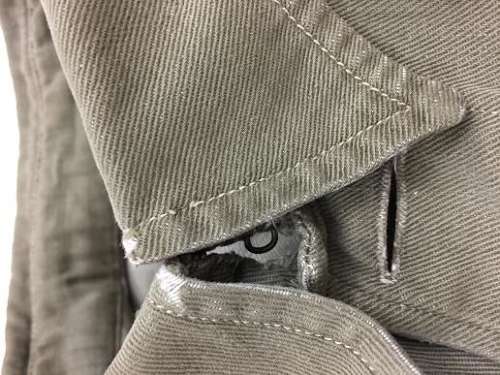 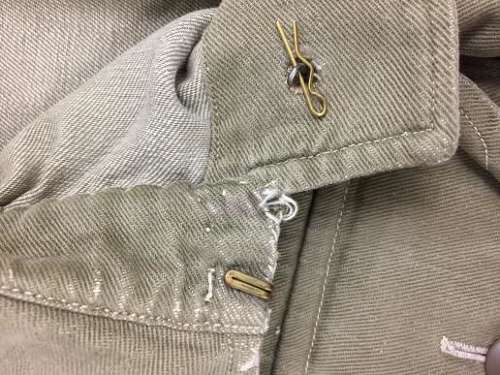 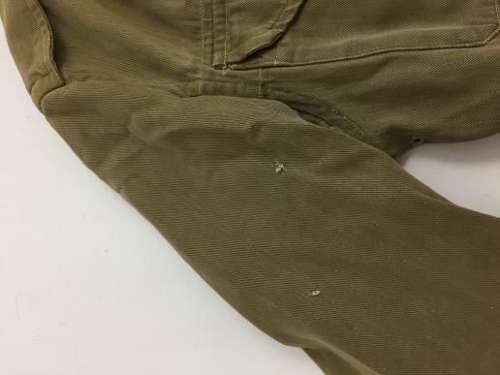 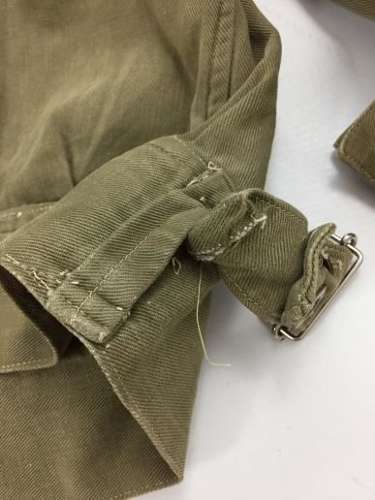 This jacket is an early issue example which was only made prior to 1942 when it was superseded by the austerity pattern. The biggest giveaway of a first pattern jacket is the pleated chest pockets. This example also has the correct early wire buckle as used in the first part of the Second World War.

The jacket no longer has its original issue label but there is evidence of where it once was. This can clearly be seen inside the jacket as a rectangle and the fact that it is missing is very common on original denim items as they were heavily laundered.

The condition of the jacket is good as can be seen in the pictures. Whilst it shows some signs of wear and was clearly issued it is still in very good condition overall. The only slight flaws I can find are a couple of nicks to the right sleeve where a rank chevron has most likely been removed and one of the brass hooks that fasten the collar has been removed, although this is not uncommon to find. The tab which holds the waist buckle on has also lost some of its stitched as illustrated in the pictures. It still functions fine currently and could easily be shored up with a couple of stitches.

Altogether a nice early battledress jacket which is of guaranteed wartime manufacture.