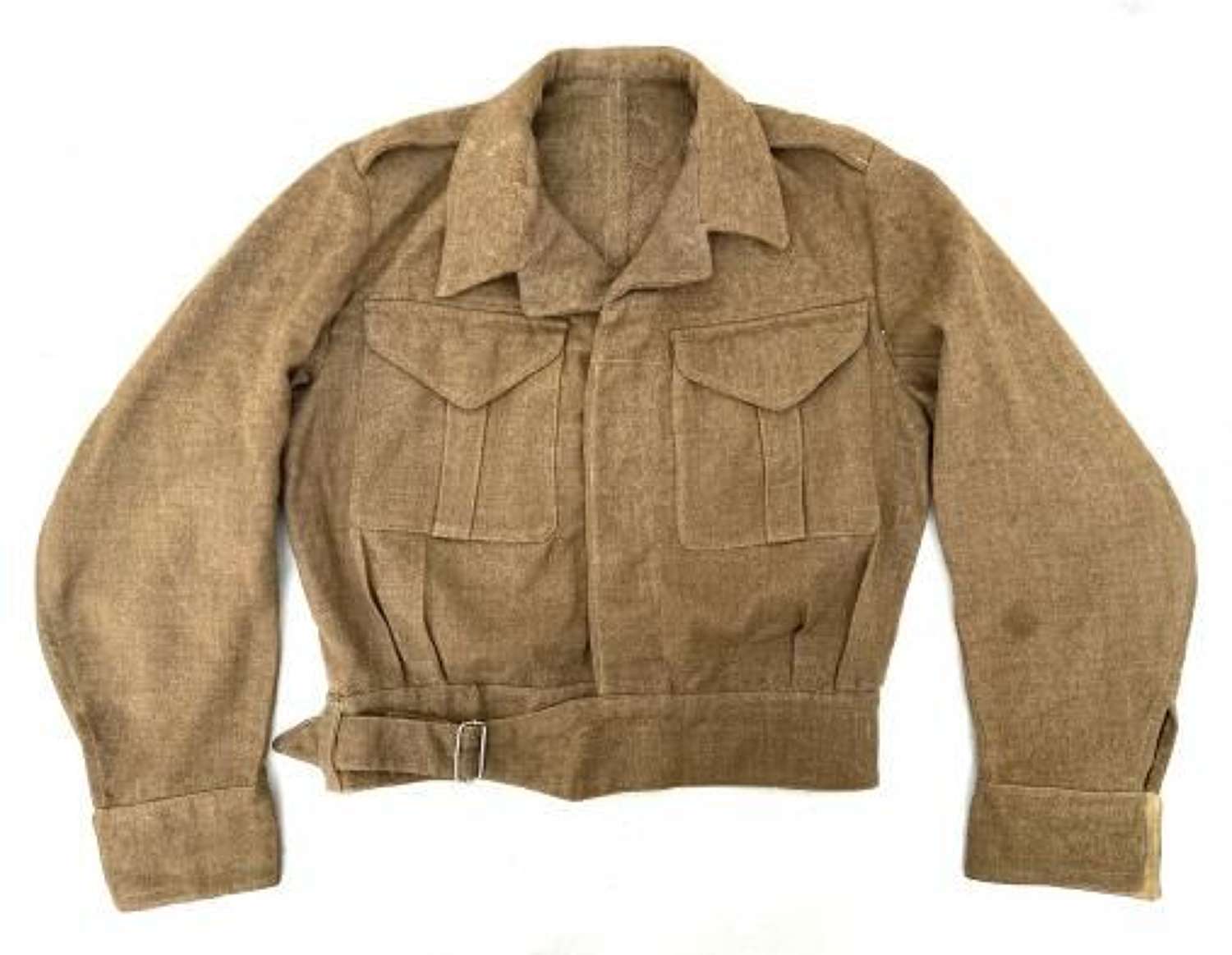 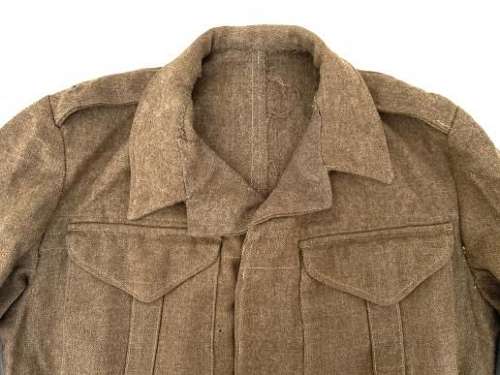 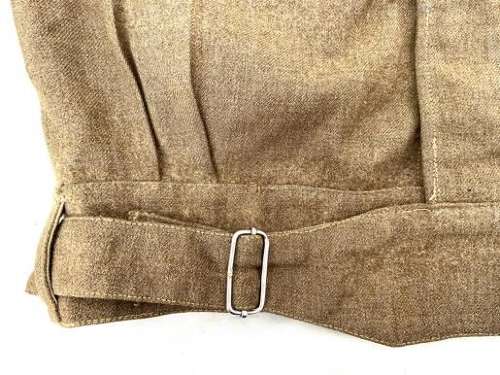 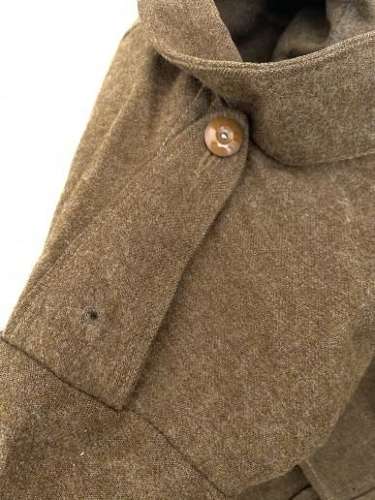 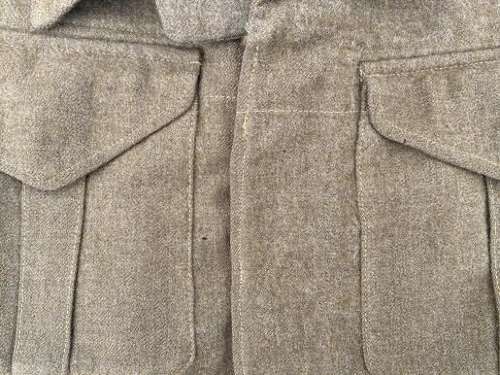 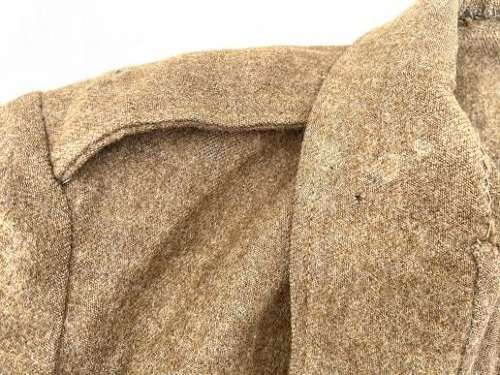 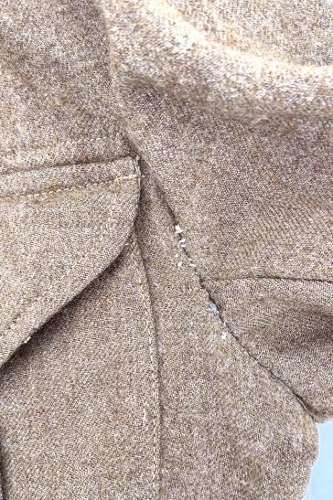 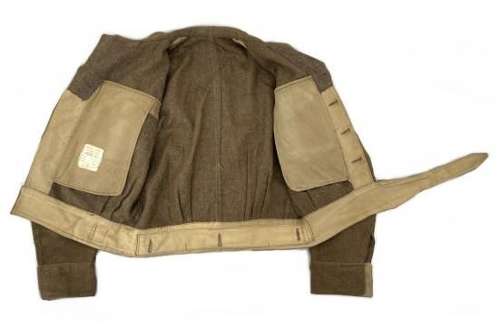 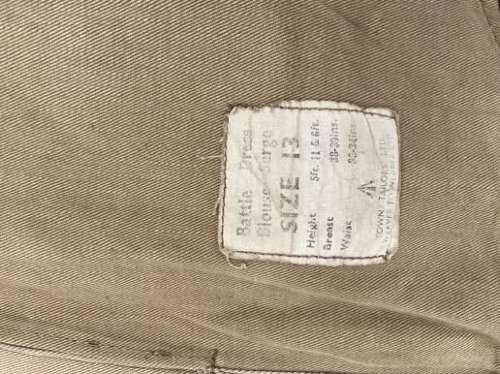 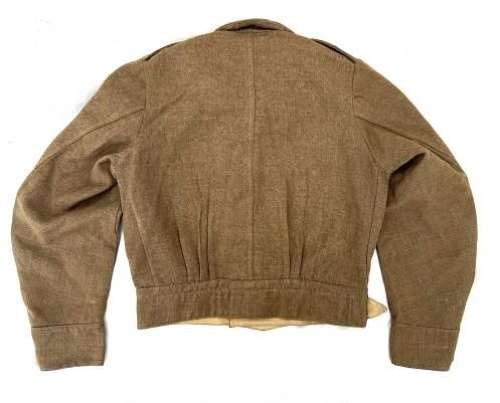 SOLD
An original British Army 'Battle Dress Blouse Serge' dating from the early part of the Second World War and in good condition.

This pattern of battledress jacket, sometime referred to as the first pattern, came into issue with the British Army in late 1938. It is this pattern which was used during the early part of the War by the British Expeditionary Force in France in 1939 and 1940. It was replaced by the 1940 pattern following the evacuation of Dunkirk and are a rare jacket today.

The jacket features a tailored collar typical of those worn by Officers. It has a downward point to it which is often referred to as 'Polish collar' and has been made using the original collar and an extra, slightly mismatched piece to face it. The rest of the blouse is standard and is typical of early manufacture. The serge is a coarse, tight weave as is usually encountered on early made serge items and all the original brass buttons are still present. The epaulettes are secured by brown revolving shank buttons and feature a single hole which most likely featured an officers rank star originally.

Inside the jacket the original label is still present and is again in keeping with early manufactured examples. It is paper and devoid of any date and the font and designation 'Battle Dress Blouse Serge' are typical of early jackets. The manufacturers name is present and reads 'Town Tailors Ltd' and the War Department broad arrow marking is also visible. The size is stated as 13 although it looks to me to have been tailored in on the waist as it measures at 16 1/2".

The jacket is in good condition for its age and considering that it is an early example. It has various signs of age and wear with a few small moth nips to the front and collar which have been detailed in the pictures. Altogether however it displays very well.

A nice original early Second World War BD jacket with an original period collar conversion. The label is still present and legible making this ideal for a collector or re-enactor.