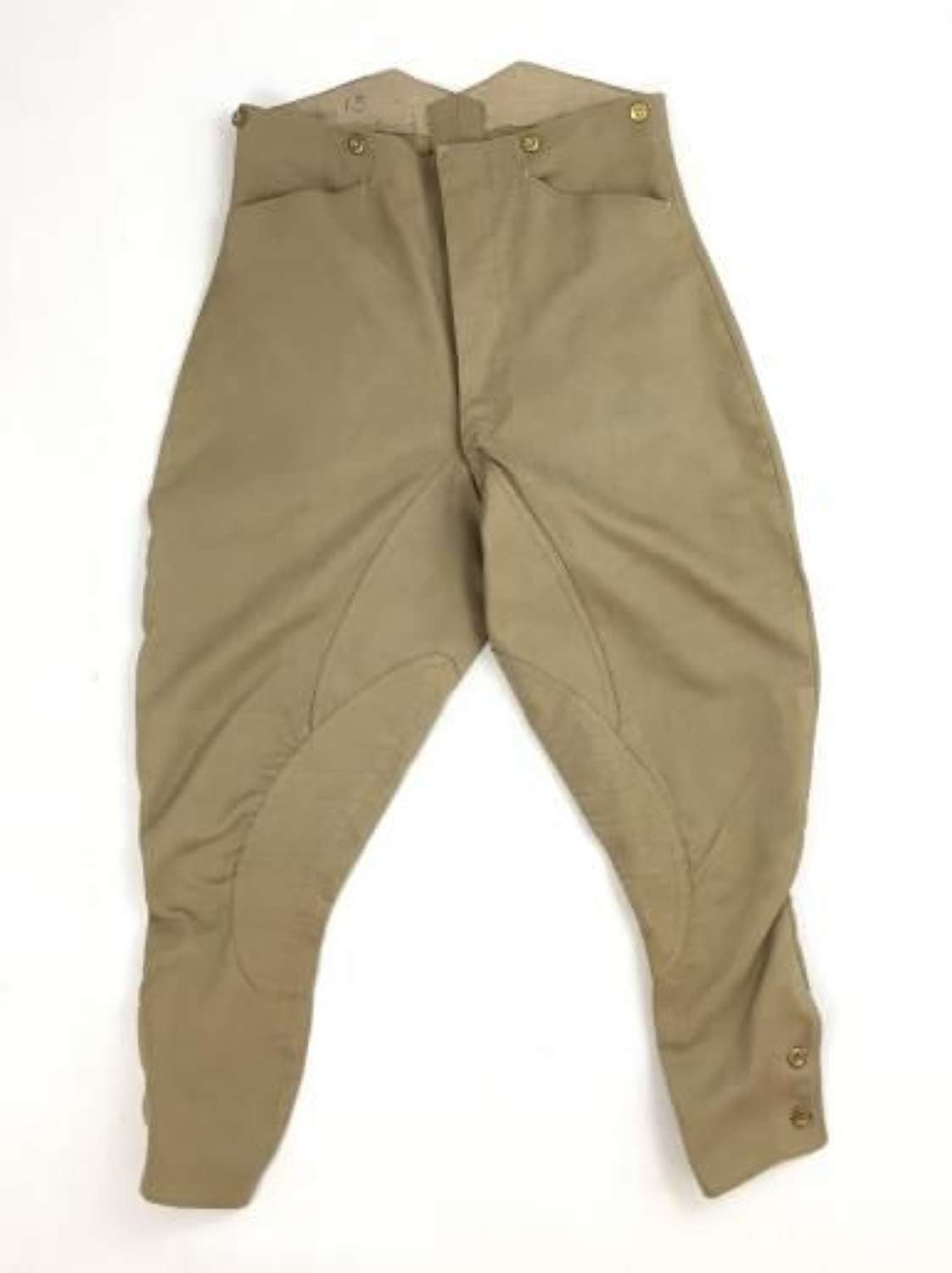 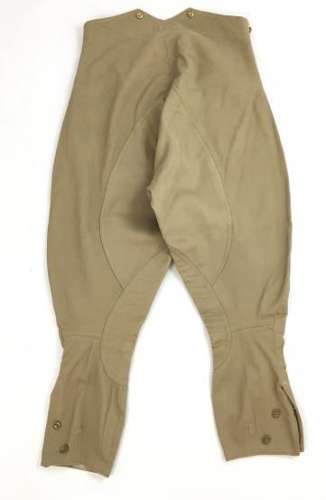 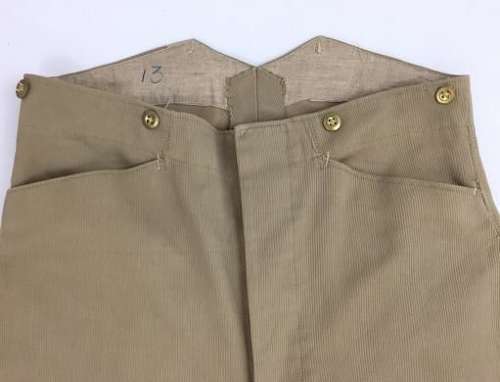 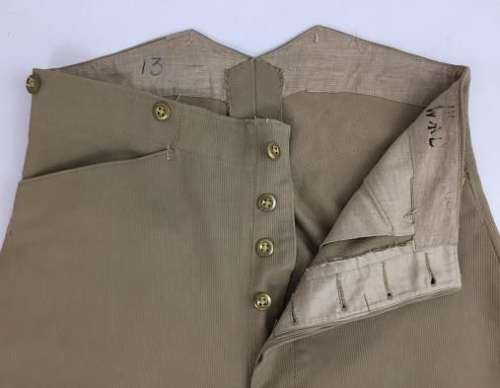 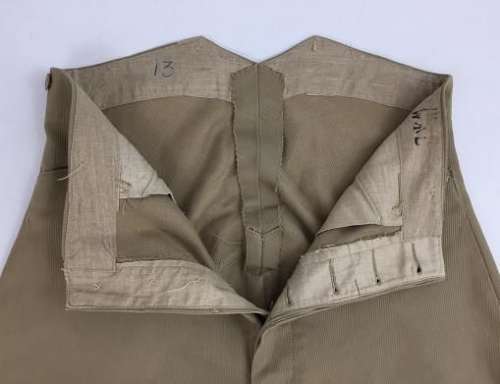 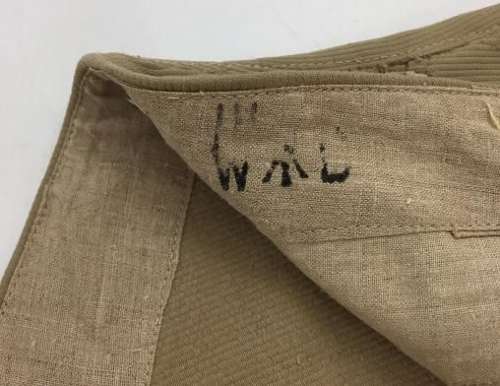 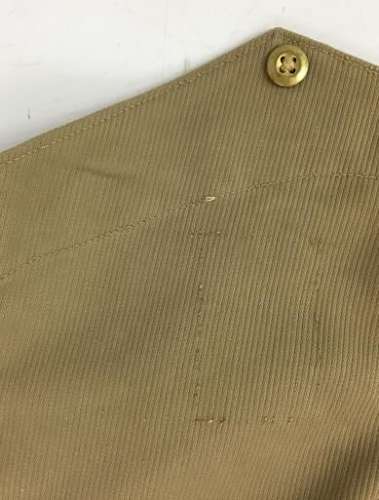 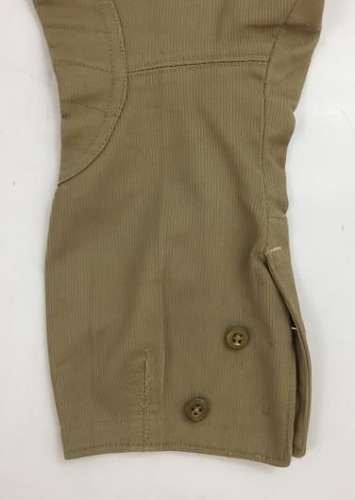 This pattern of breeches was used by mounted troops of the British Army during 1930s in the tropics. The construction dates them to no later than 1940 when this pattern became more or less obsolete. The lining in the waist band, War department stamp without letter code and two piece brass buttons are all typical of immediate pre-war and very early war manufactured items.

When the rear of the breeches is studied, clear evidence can be seen of where there was once an issue label fixed to the exterior. A picture is included of this. The bottom of the leg of the breeches is secured with two brass buttons to ensure a tight fit around the calf.

When laid flat the breeches measures -

The condition of the breeches is very good indeed as can be seen in the pictures. They look to have had little to no use and display very well indeed. Please study the pictures for a clearer idea of condition.

All in all a very nice pair of scarce early breeches which would make an excellent addition to any British Army collection!