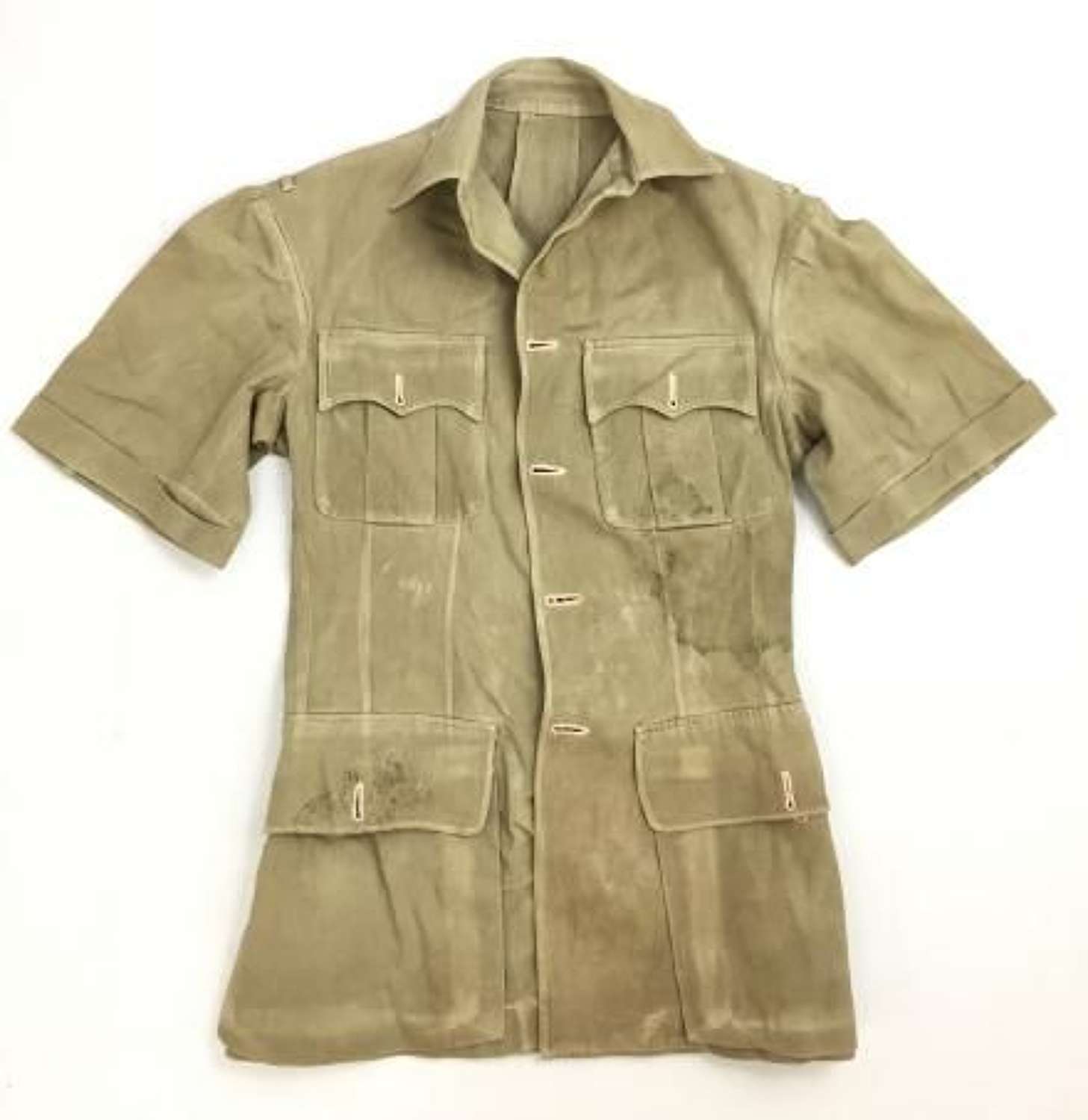 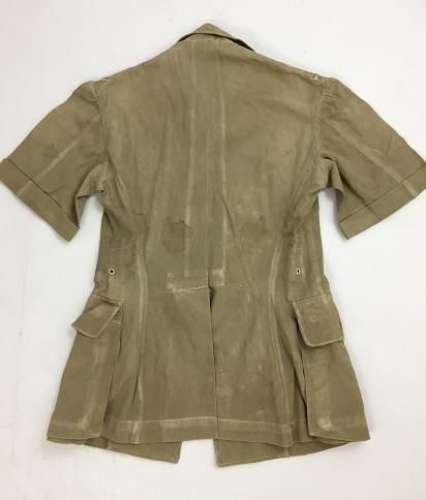 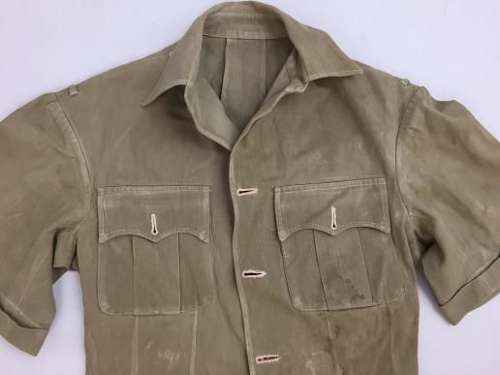 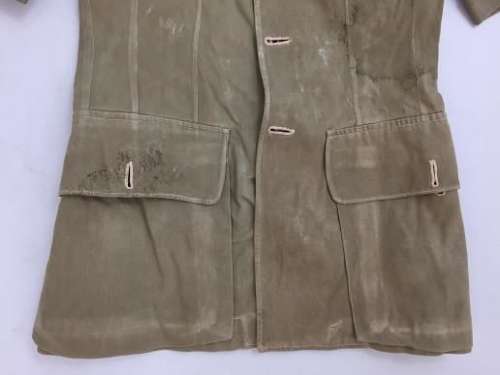 SOLD
An original World War Two period British Officer tunic as worn by the British Army, Royal Air Force and Royal Navy during the conflict and after.

This pattern of jacket is very versatile and could be used for a number of different roles. It has on the shoulders straps to attach epaulettes to meaning it can be badged up to any branch of service. The scolloped pocket shape lends itself to RAF but it could be used for Royal Navy or Army also.

The tunic has been well laundered before being put away in storage for many years and shows signs of this now. The condition is far from perfect but this is reflected in the price.

The tunic is a small size measuring at 18" pit to pit. This would be a good fit for someone of around a 34-36" chest at the most.

An original wartime period tunic that could be used for a number of different impressions by the re-enactor.