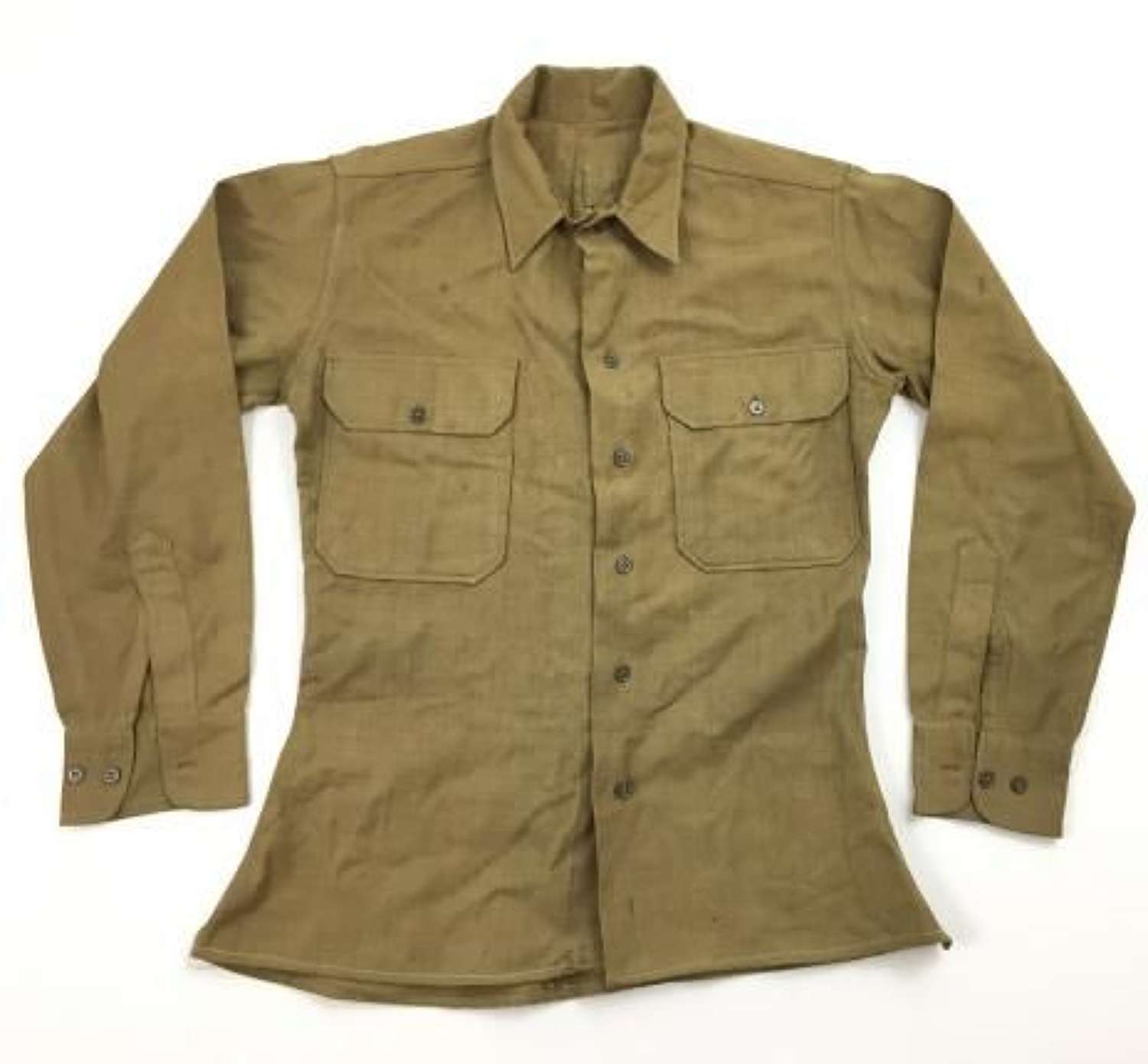 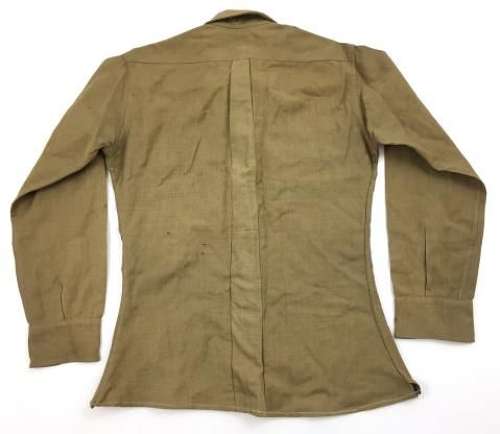 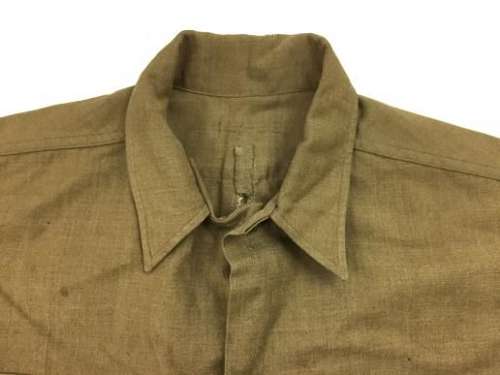 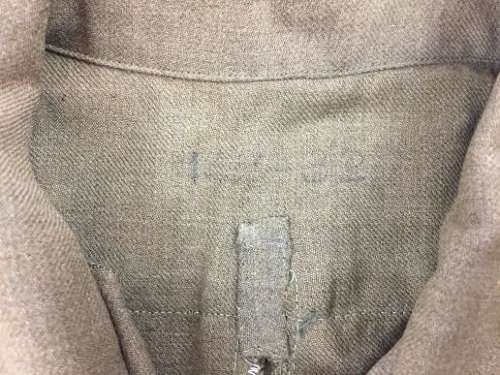 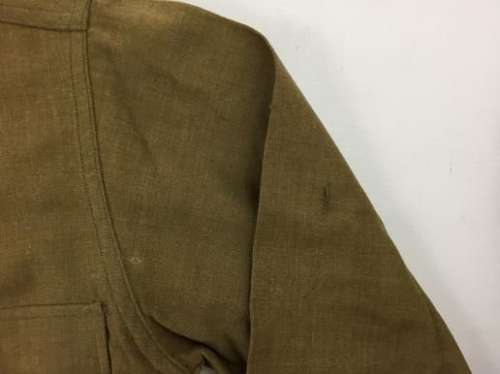 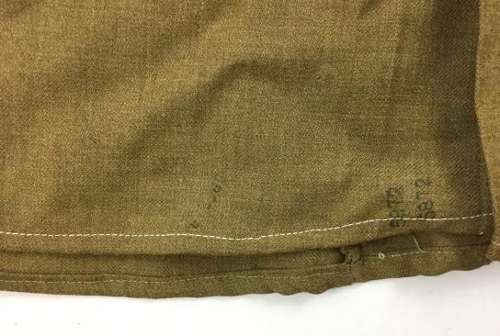 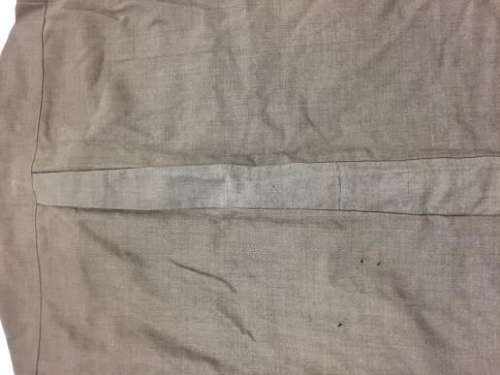 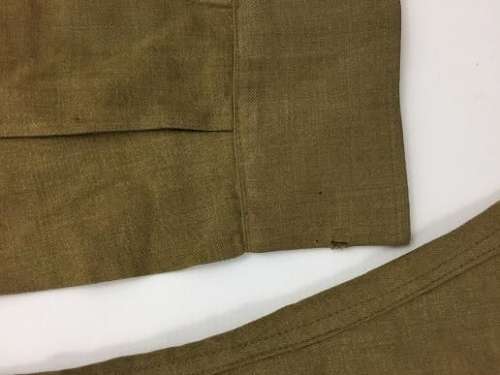 SOLD
An original US Army Enlisted Men’s Shirt which was used by a British Army Officer who served in the Far East during the Second World War.

This shirt started life as a standard issue US EM shirt but has been modified by a British Army Officer. It was common at the time for British officers to acquire American made items such as this and tailor them to their own needs.

This particular example is interesting as it appears to have been shortened and had some work done to the rear. Inside the original size stamp is still visible and reads ‘14 1/2 a 32’.

The condition of the shirt is reasonable and it displays well. There are a few small flaws which I have highlighted in the photographs.

All in all a nice orignal shirt that was worn during the Second World War without a doubt.