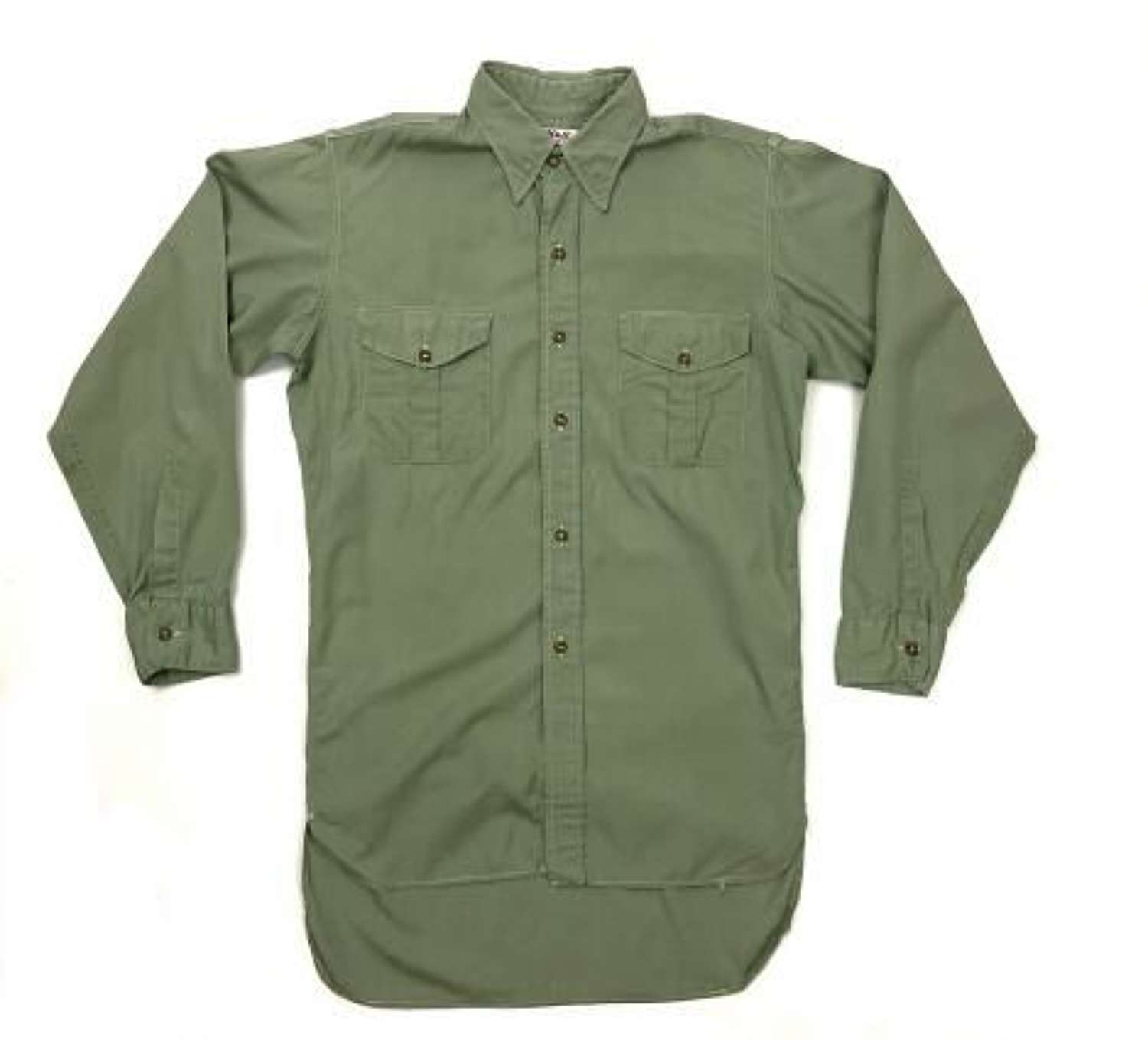 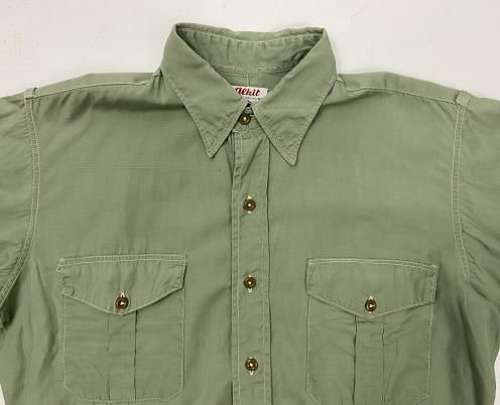 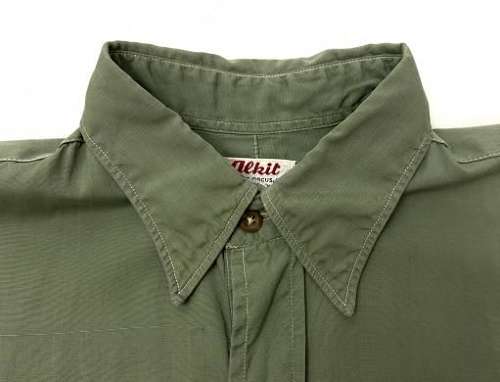 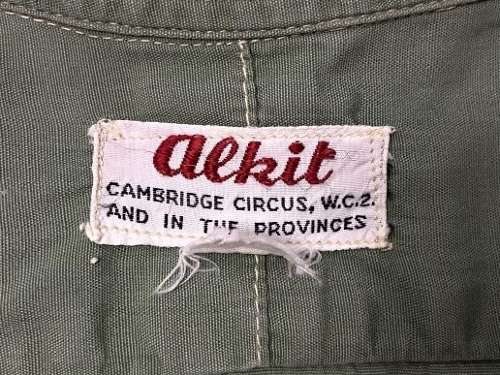 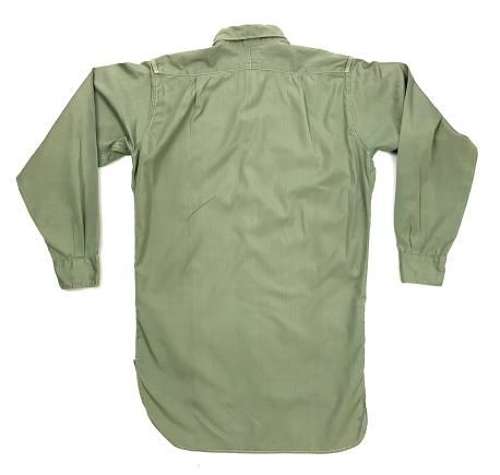 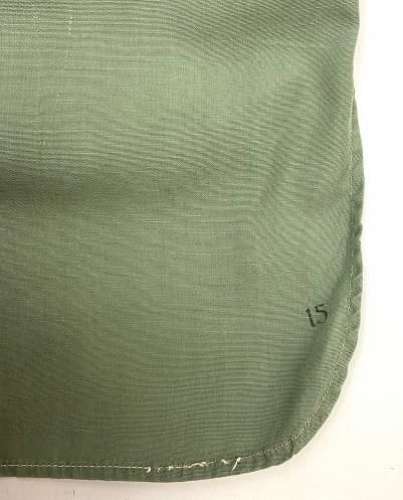 These lightweight poplin shirts became popular with officer in the British Army during the Second World War and stayed in service for many years after the conflicted ended. This example was made by 'Alkit' who were a prolific manufacturer of officers kit during the war as well as in the 1950s.

This example most likely dates from the post-war period as it features a fitted shape and full button front, much more in keeping with American officers shirts of WW2. It features a lovely spearpoint collar which is conservative yet has style. There are also loops, one to each shoulder, most likely to fit epaulettes.

The tail of the shirt has the number '15' stamped onto it which refers to the size of the collar.

Inside the shirt the original label is still present and reads 'Alkit Cambridge Circus, W.C. 2. And in the provinces'. The graphics are typical of the period and the logo is the same as used by Alkit during the war.

The shirt is a smaller size which will fit around a 36" chest and a 15' collar. when laid flat it measures -

The shirt is in excellent condition and does not show any serious signs of wear and use. Whilst it has most likely be worn and laundered it still displays very well and is totally wearable. Please study the pictures as these form part of the description.

A very nice original shirt in a great fabric and with some nice period details.