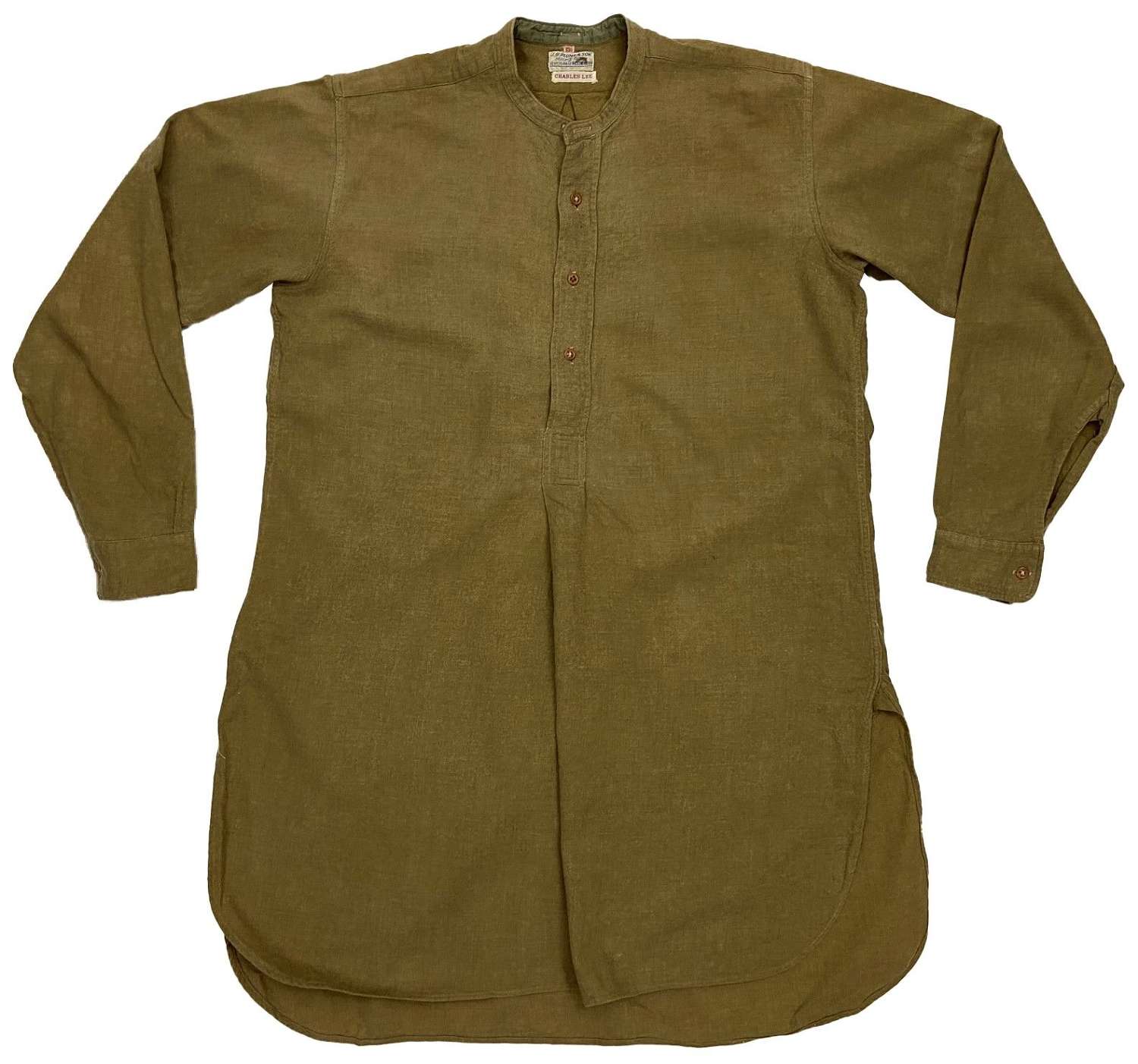 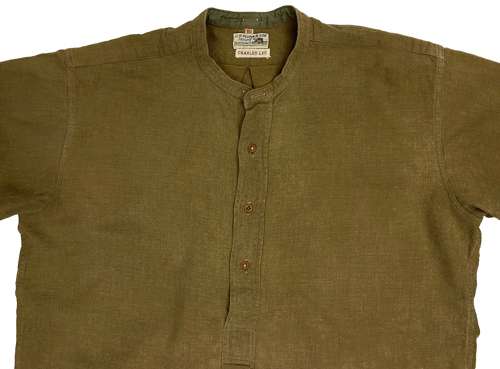 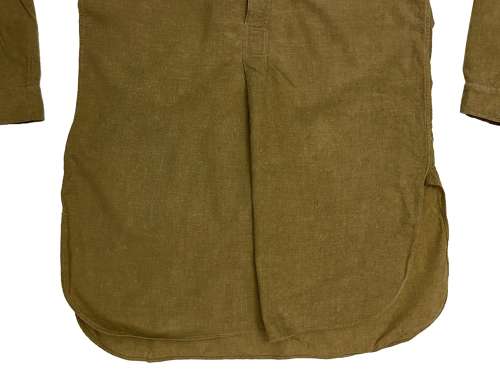 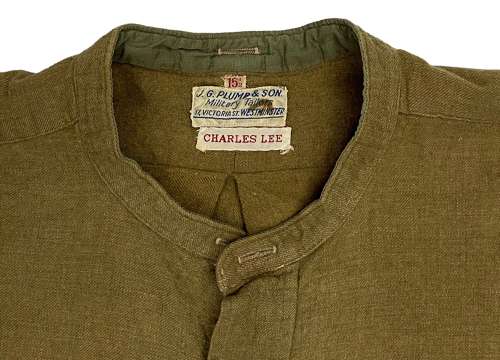 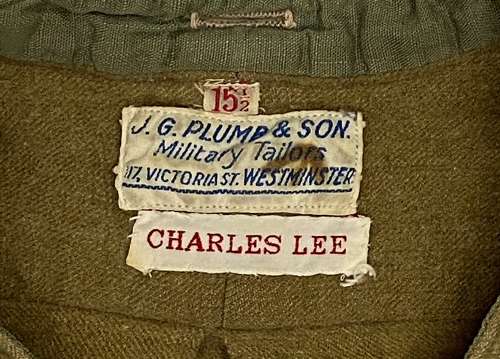 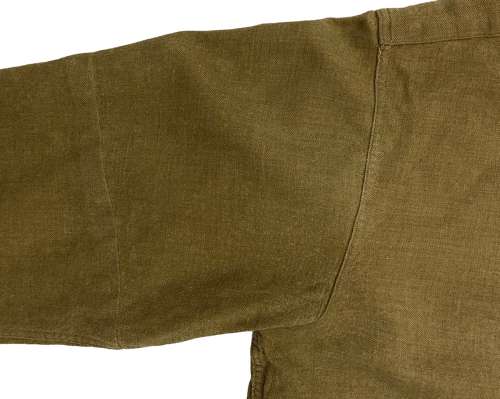 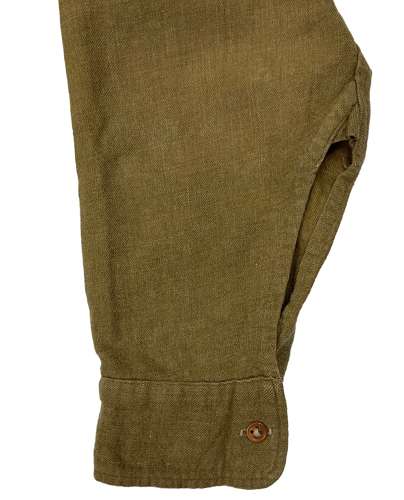 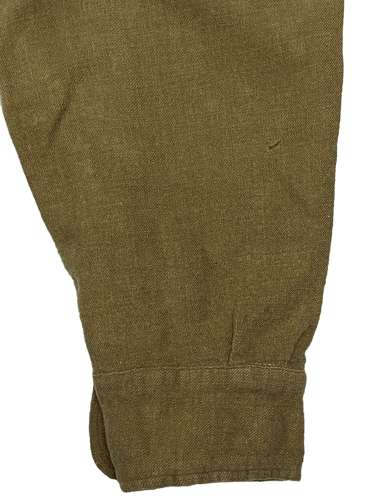 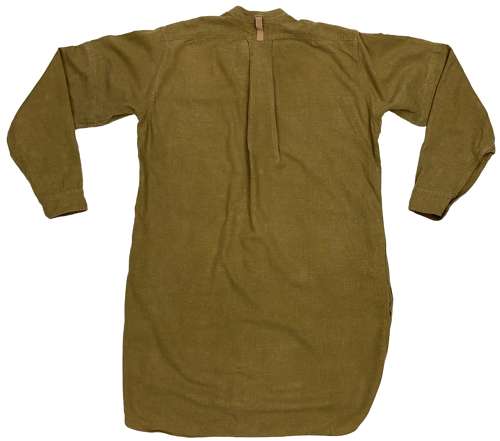 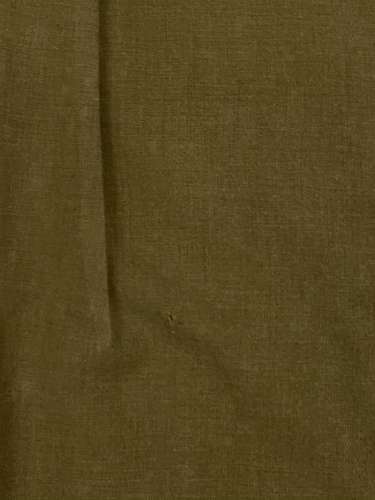 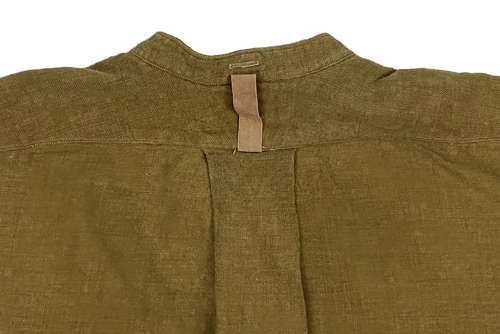 J. G. Plumb were based in Westminster and were a popular military outfitters making clothing for the Army and the RAF in the first half of the 20th Century.

This particular shirt is typical of those worn in the early part of WW2 and is essentially unchanged from those of the Great War. Made from a soft, khaki coloured wool flannel; the shirt features a half placket, or 'tunic' front. This style of shirt was popular in the first half of the 20th Century in the UK losing favour to more fitted full button front shirts in the 1950s.

The shirt is a smaller size which will fit around a 36" chest depending on desired fit. When laid flat it measures -

The shirt is in good condition for its age and is still very wearable. There are no signs of excessive wear or serious damage although there is a hole to the rear and another to the sleeve, both of which are detailed in the pictures. Overall the shirt displays well but does have small issues commensurate with age.

All in all a nice original British officers shirt with a great label. Ideal for the collector and re-enactor alike!