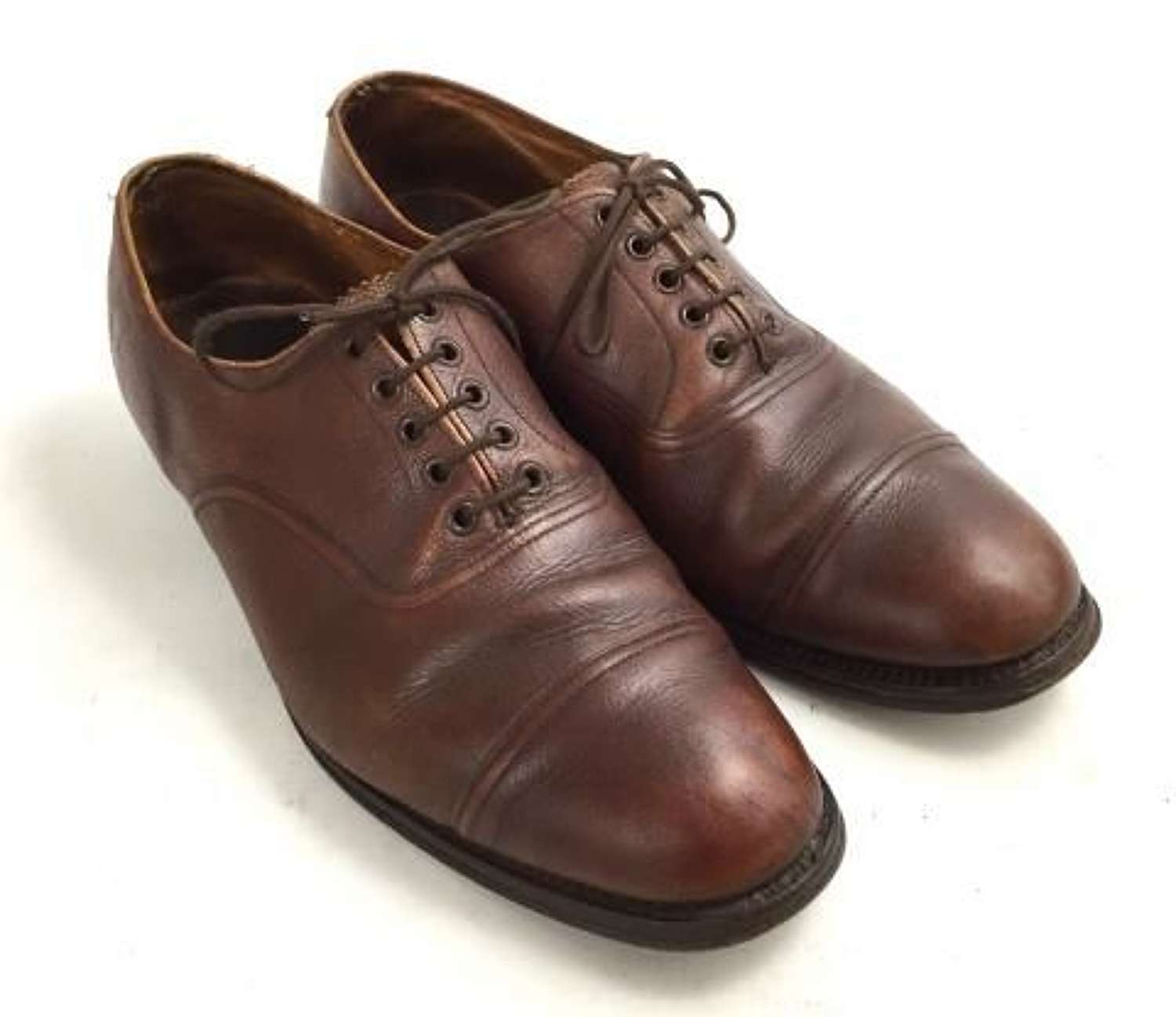 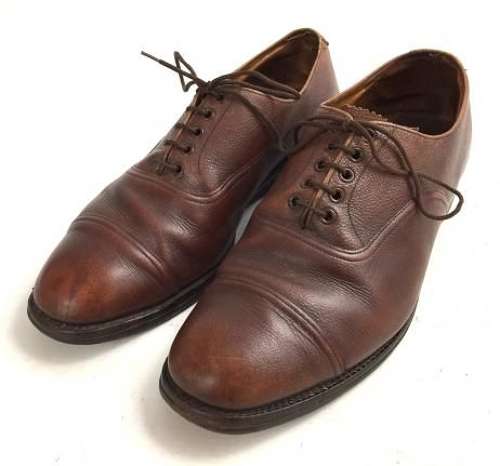 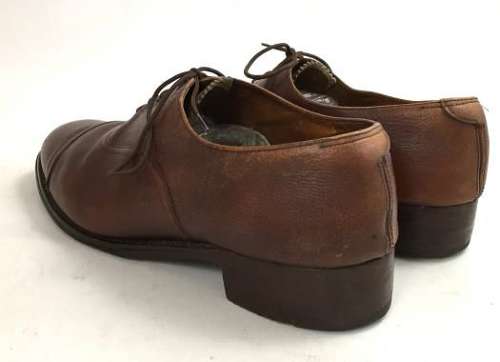 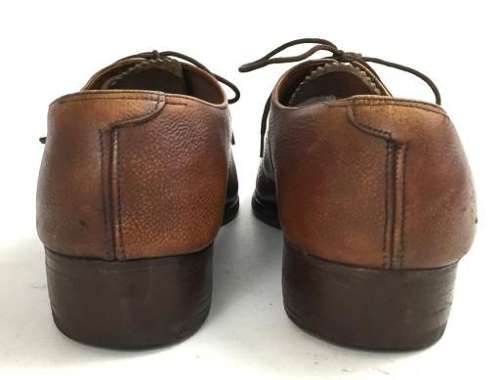 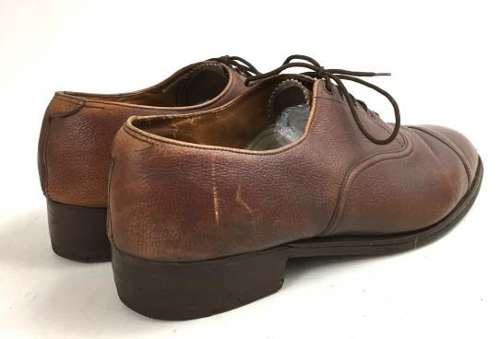 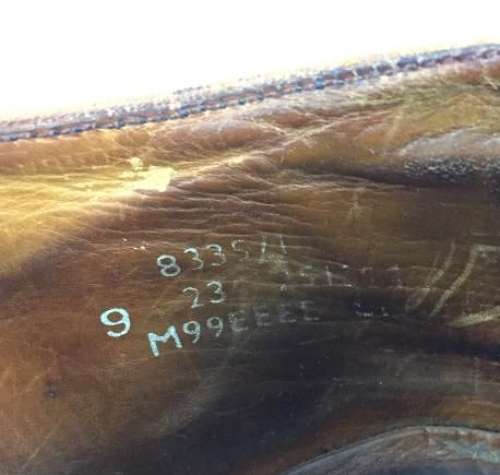 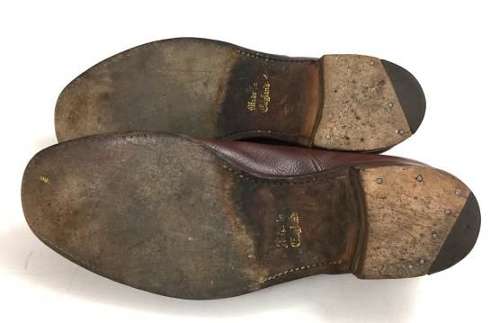 SOLD
An original pair of British Army Officers brown brogues made by 'Church' and in a size 9.

This pair of shoes came to me with a pair of brown Officers boots and both clearly date from around the time of the Second World War. Whilst there is no makers stamp visible in the shoes as they have worn away, they are undoubtedly made by 'Church' as they have all the usual hallmarks. They also match a pair in my collection to the point of being almost identical.

All officers in the British Army would have owned a pair of shoes like this as an option to their boots. They were worn with the Service Dress uniform for walking out and sometimes seen with other uniforms such as Khaki Drill.

The shoes have retained some detail stamps which clearly state the size as '9' and I would therefore expect them to fit this size.

The soles appear in reasonable condition with some signs of wear. They are marked 'made in England' and are possibly a later re-sole.

Overall a good original pair of British Army Officers shoes in a harder to find wearable size. Ideal for both the collector and re-enactor.