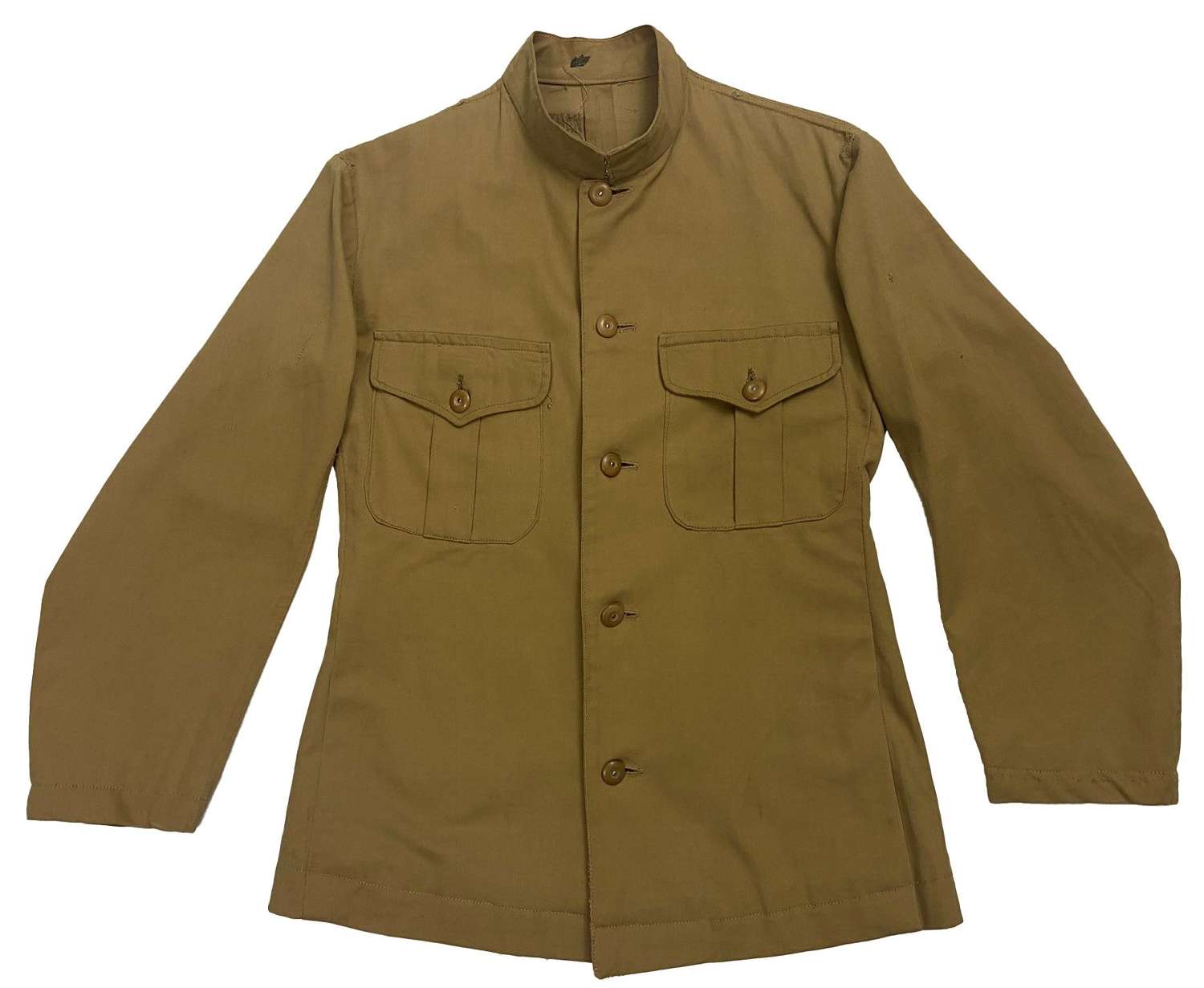 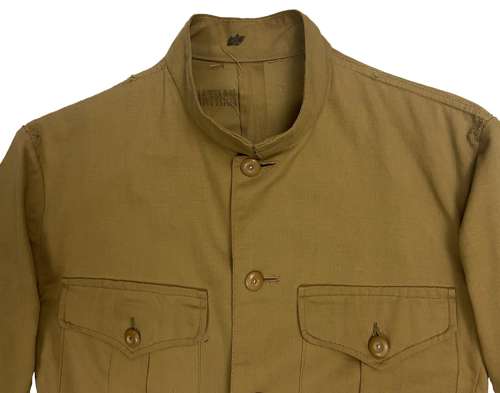 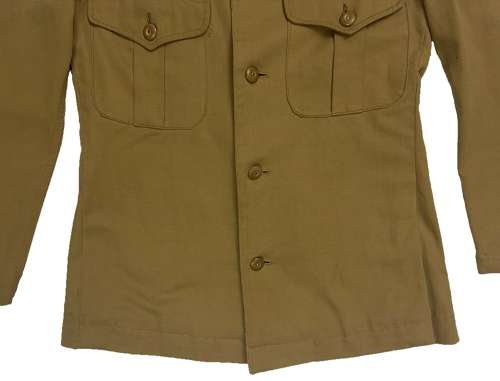 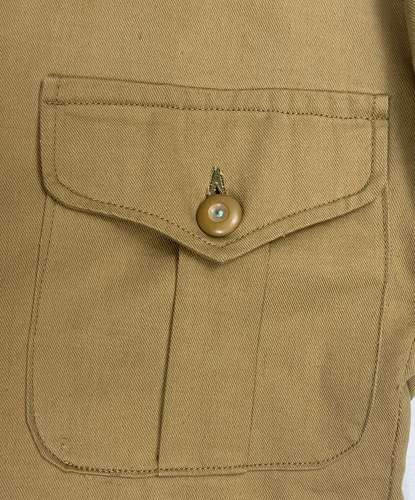 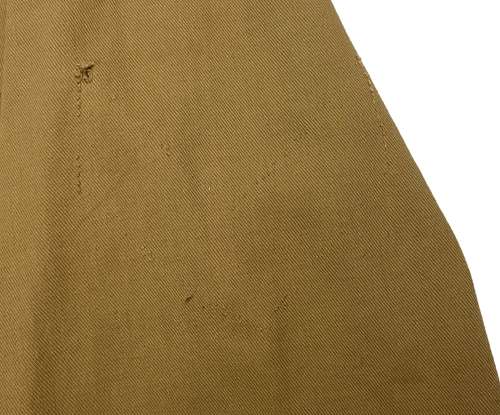 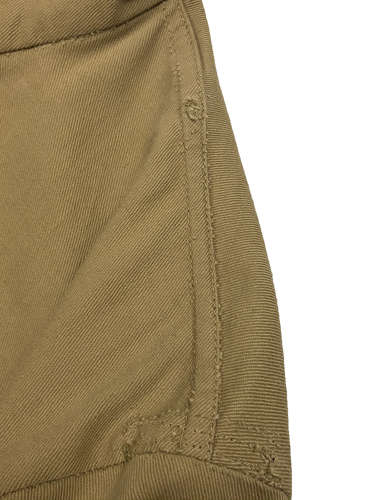 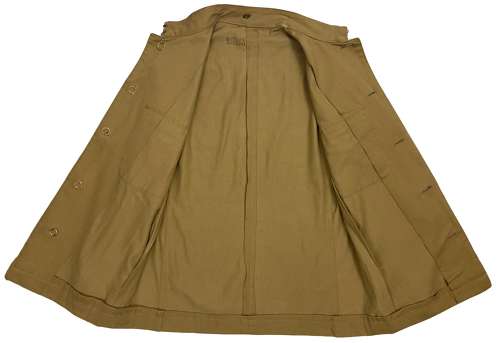 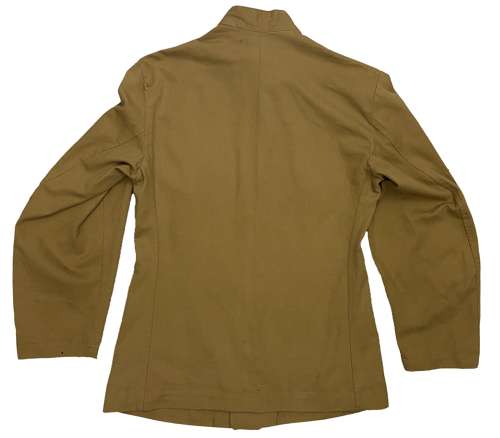 An original British made Khaki Drill Tunic dating from around the Second World War.

This construction of this tunic is typical of those made in the UK during the 1930-50s. It is made from a khaki coloured cotton drill and features a stand collar and a five button front. Like all British made uniform items from this period it features machine stitched buttonholes and machine stitched button retaining holes. The jacket is designed to have removable button held on with split pins or rings which can be removed for washing. The jacket has been fitted with revolving shank buttons as were commonly used for workwear and military items in the mid century period

The tunic has previously been fitted with corporal stripes and has had the epaulettes removed. It also appears to have been shortened but this has been well done. The name 'NATHAN' has been added to the interior but this looks to be a later addition.

The tunic is in good condition overall and displays very well. It is very clean with next to no signs of previous wear or use. There is some limited damage where the epaulettes have been removed as detailed in the pictures.

All in all a nice original mid-century khaki drill tunic!