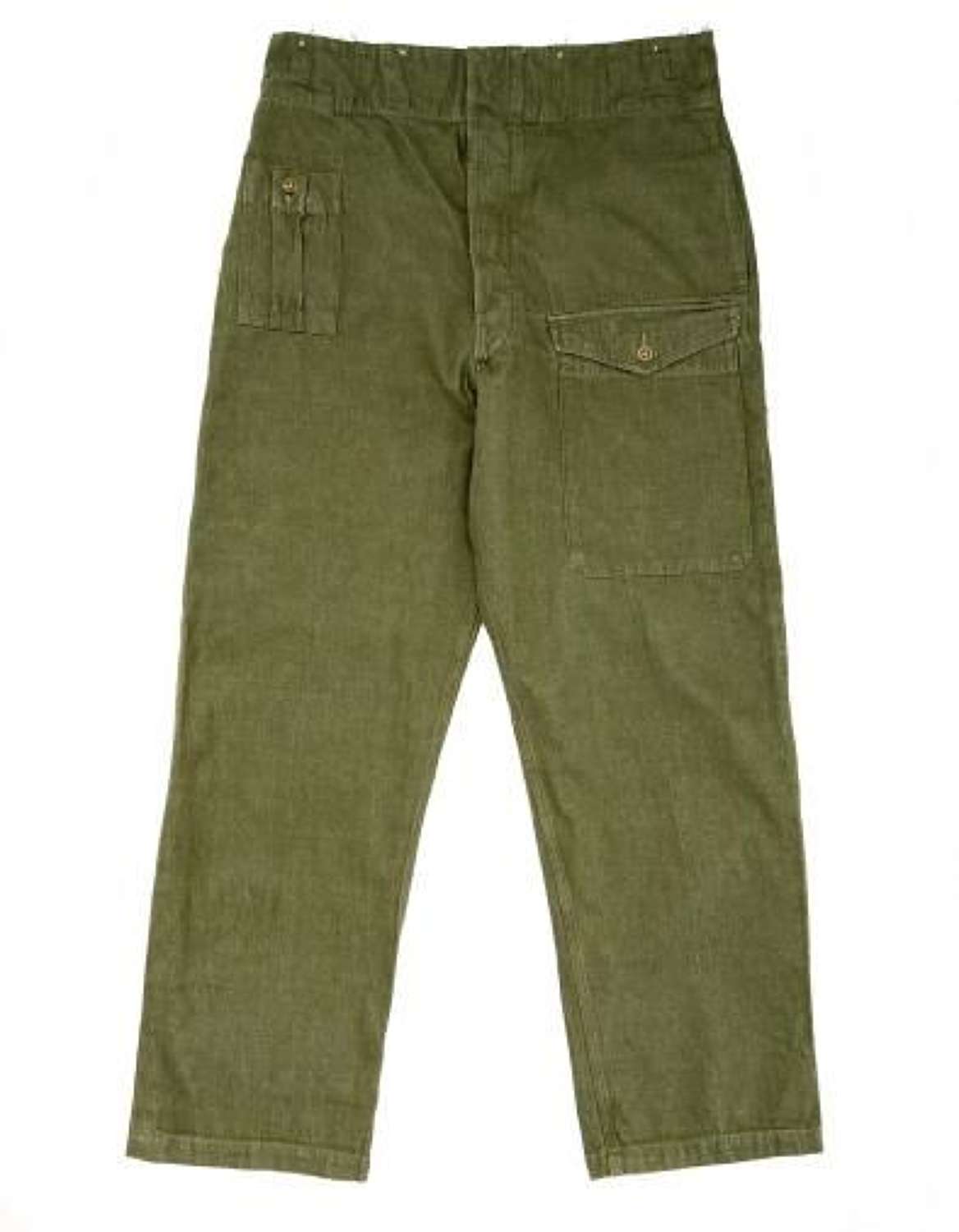 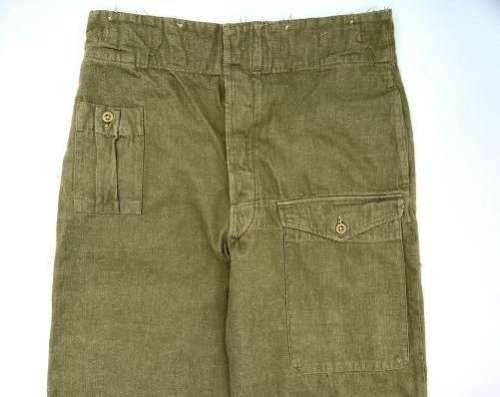 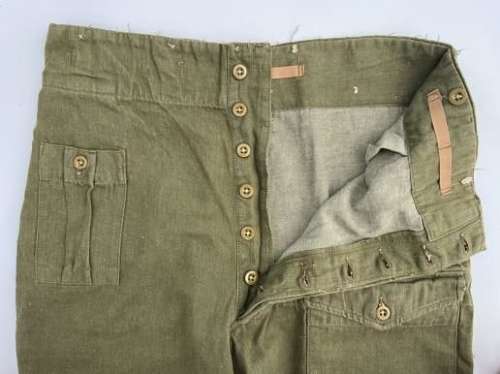 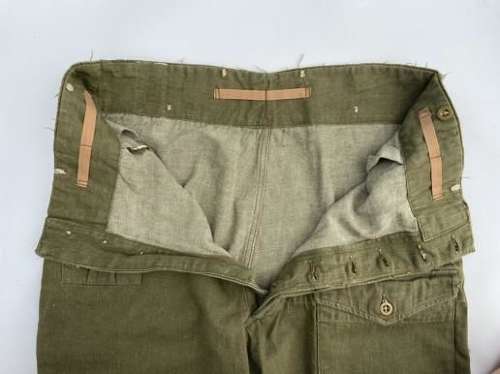 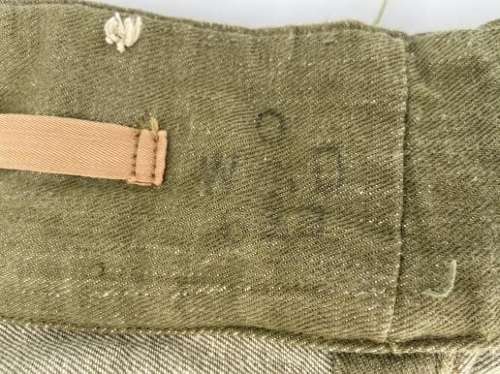 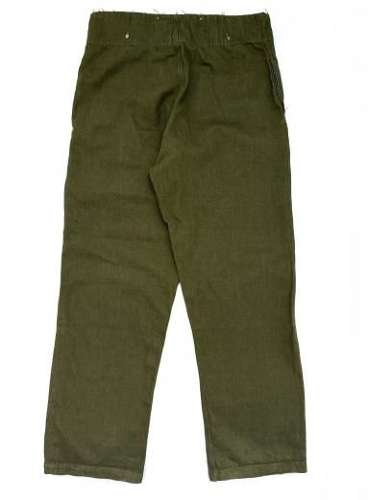 This pattern of trousers came into issue with the British Army during the Second World War and remained standard issue well into the 1950s. These trousers were used for fatigues and are made from a green denim sanforised cotton, typical of that used for workwear in the mid century period. Based on the serge battledress design, these trousers feature a map pocket to the left leg, a first field dressing pocket to the right hip and slash pockets in the usual place in each side seam. They are cut with a high rise and wide leg as were all men's clothes during this period.

This particular pair no longer have their manufacturers label although there is clear evidence of where it was previously attached. The War Department broad arrow marking is still present however and is surmounted by the letter 'O' which dates the trousers to either 1942 or possibly 1955.

The trousers are a large, wearable size, and when laid flat measure -

It is worth noting that for an authentic fit these should be worn oversize as they are designed to be worn over a uniform. With this in mind I would suggest they would be a good fit on a 34-36" waist depending on desired fit.

The trousers are in excellent condition as can be seen in the pictures. They have clearly only seen very limited wear with no signs of damage or similar. They have clearly been laundered which has softened the denim. Most of the brace buttons have been removed for around the inside of the waistband but these could easily be replaced if required. Overall they are a very nice example which display very well.