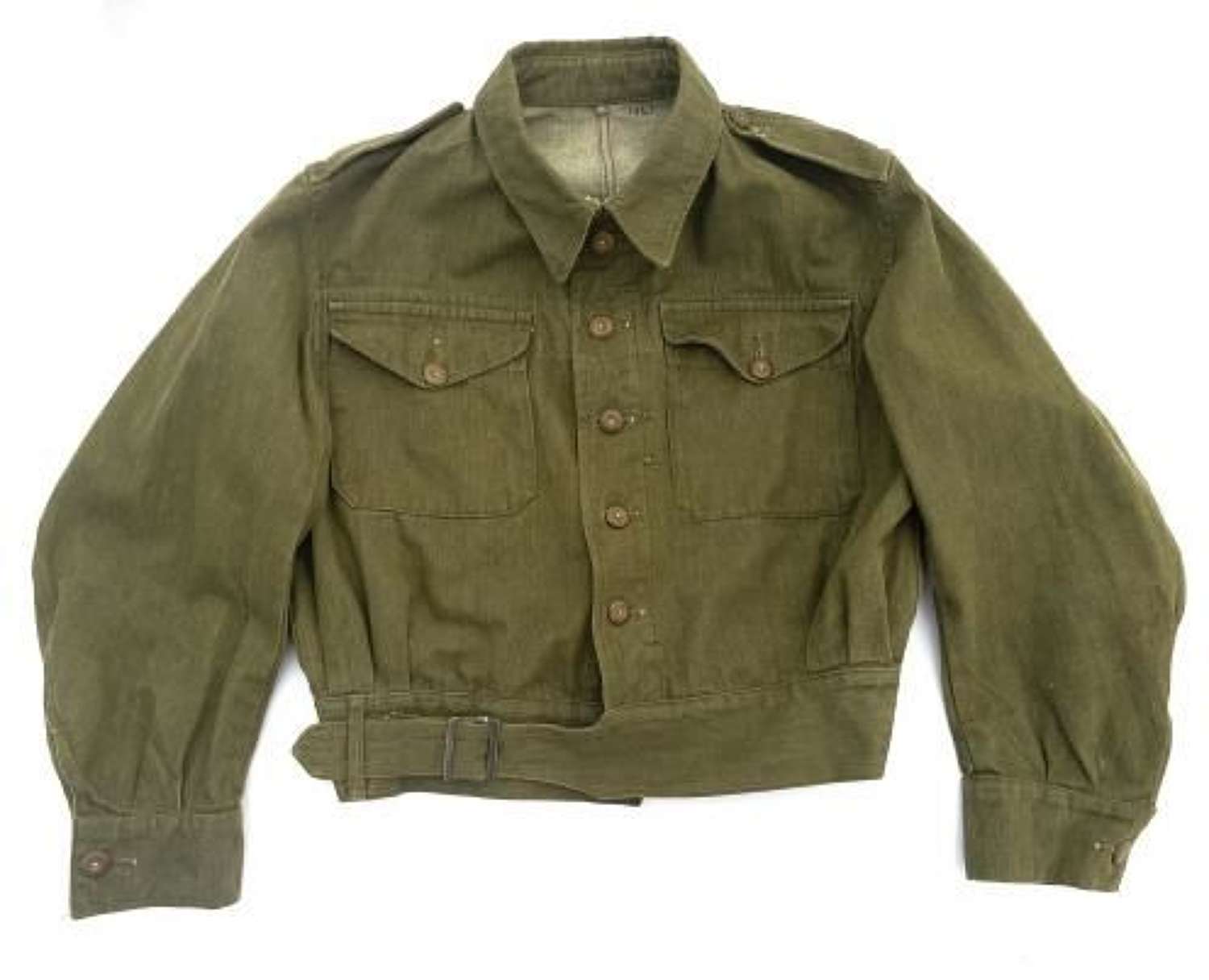 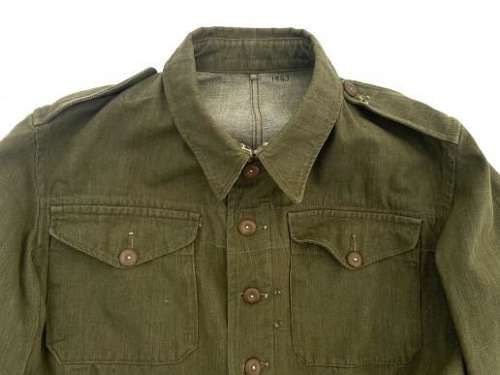 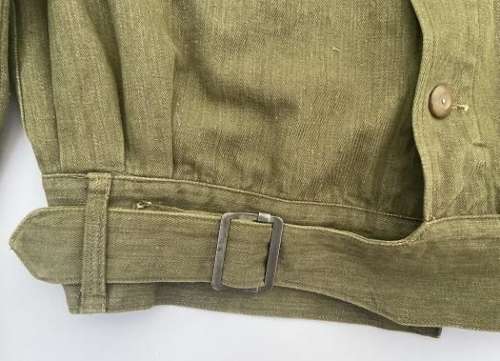 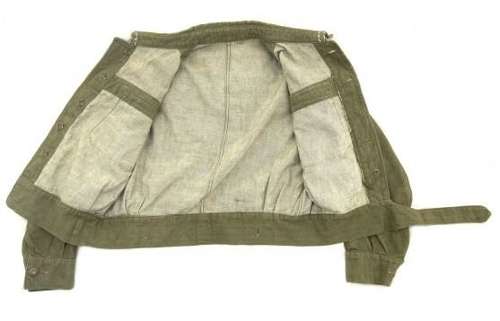 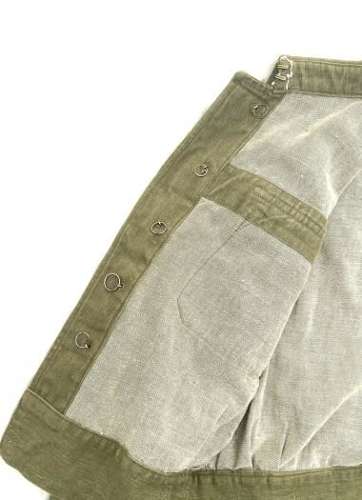 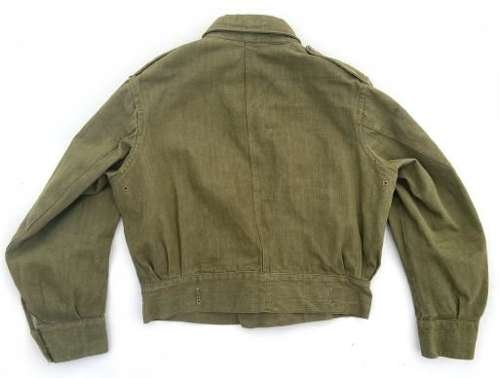 The original label is no longer present inside the jacket meaning it is impossible to date accurately. This pattern ran from approximately 1942 until the late 1950s and will therefore date from this period.

The jacket features butterscotch coloured revolving shank buttons which are held on with period split rings to the reverse. The waist fastens with a wartime period steel buckle.

The jacket is in very nice condition with no real signs of wear or use. It displays very well and has plenty of wear and life left in it.