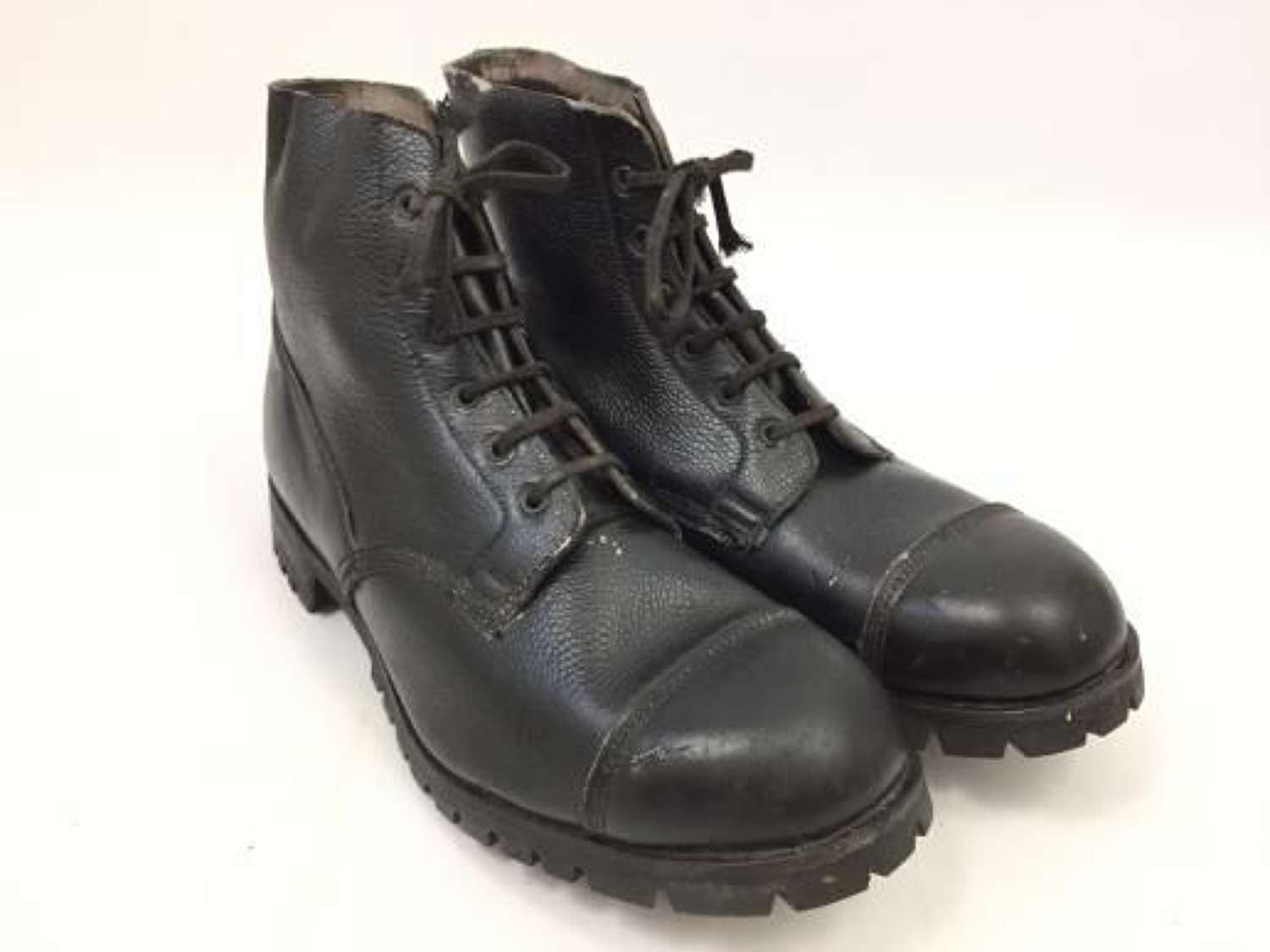 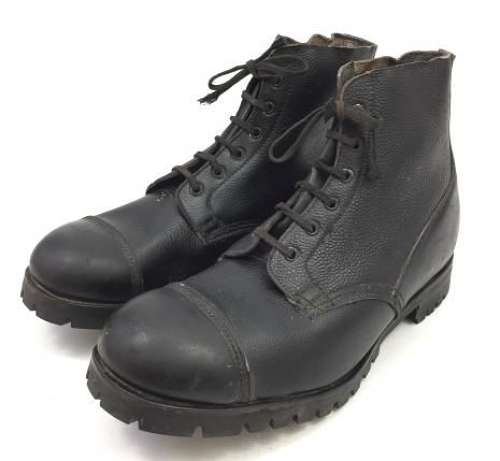 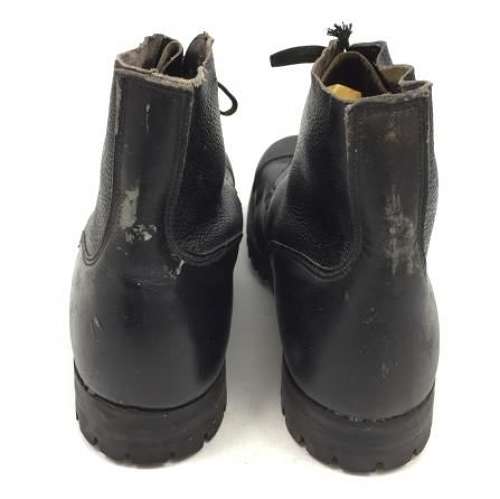 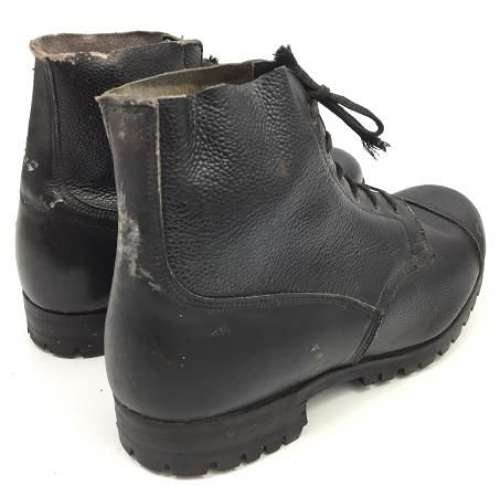 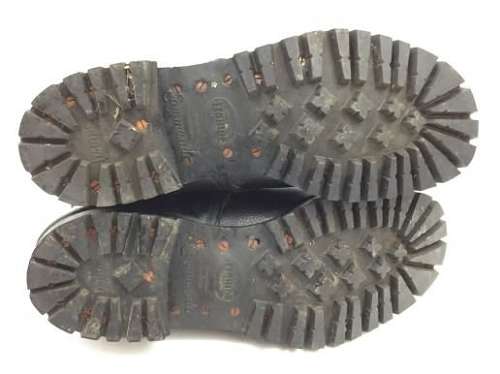 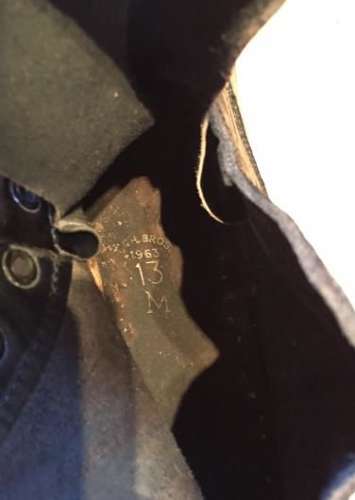 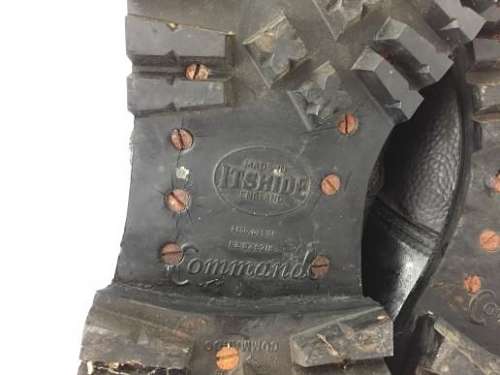 An original pair of 1963 dated British Army Ammunition Boots with an Isthide 'Commando' Sole in a large size 13.

These boots are post-war dated but an extremely good stand-in for a wartime example as they are virtually identical.

This pattern of boots was used by the SAS and the Commandos amongst other unit during the Second World War with the pattern still being used well into the 1960s unchanged.

The boots feature the standard leather uppers seen on all ammo boots with a toe cap and 6 eyelets. The Isthide soles are screwed in place with the correct flat head screws as used during WW2.

The condition of the boots is good with some scuffing to the uppers, particularly at the back. The soles are in good condition also and don't show many signs of wear.

The laces included are the original pair which came with the boots and whilst they display well enough they most likely wouldn't be usable if the boots were worn.

Inside the boots are stamped with the number 13 which denotes the size as well as the date 1963 and the makers name. If the boots were to be worn they will need some cleaning on the inside.

Overall, a cracking pair of boots which would be ideal for a collector interested in SAS or Commando items or a re-enactor with large feet!