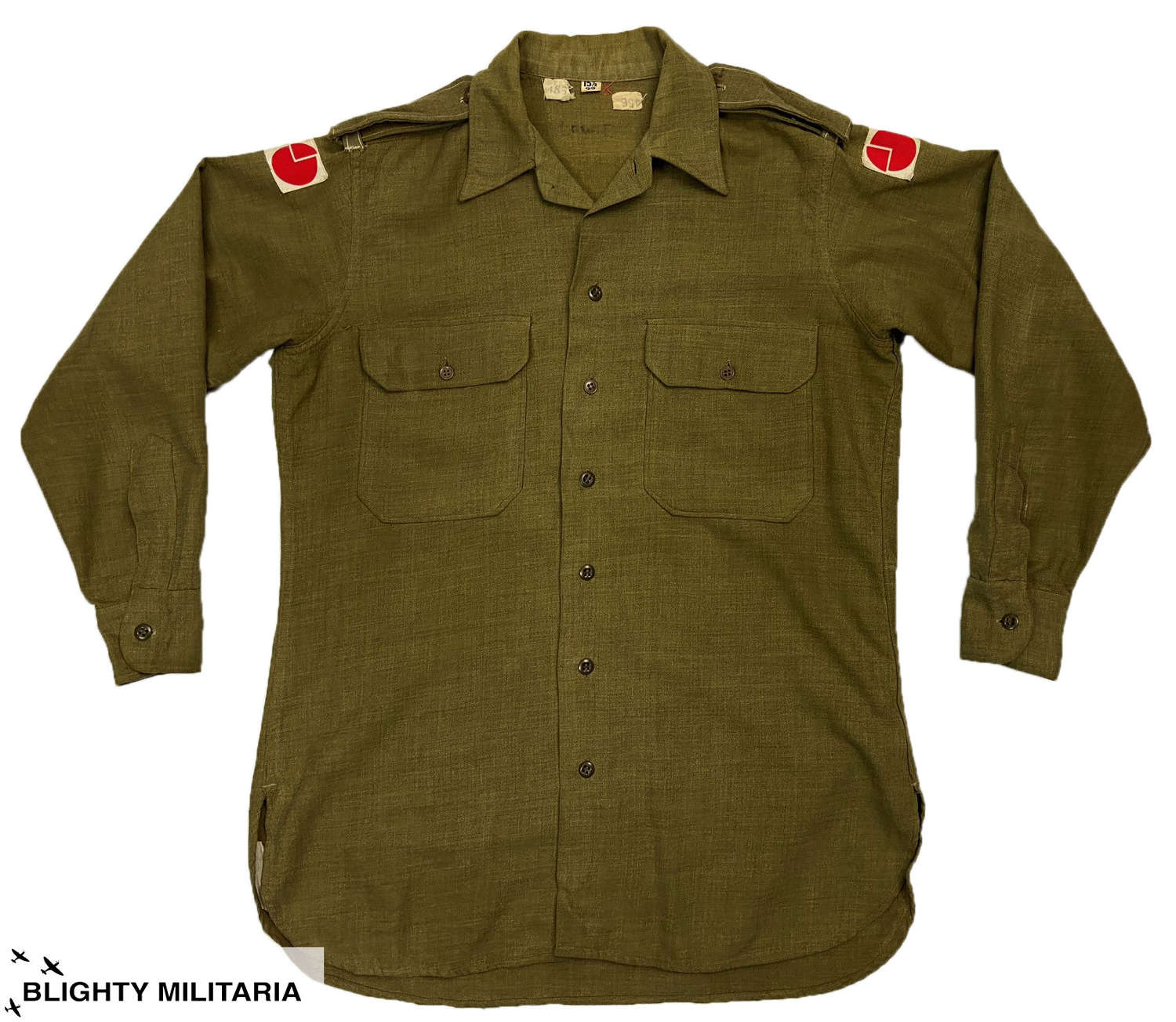 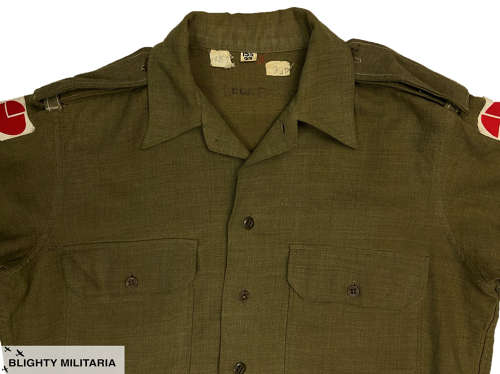 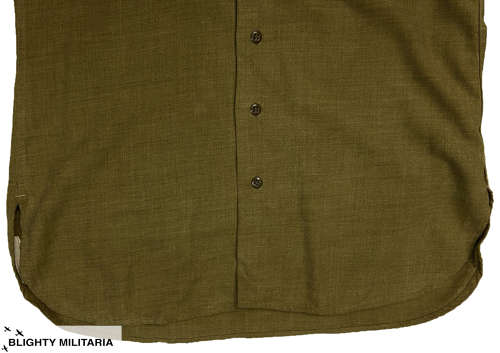 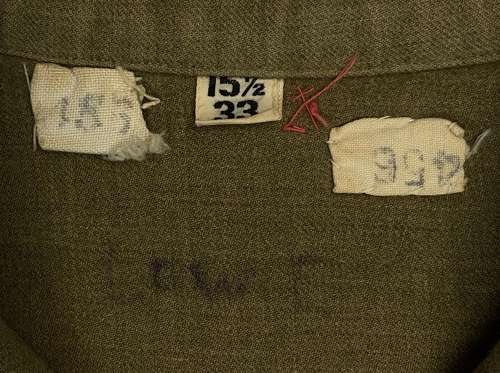 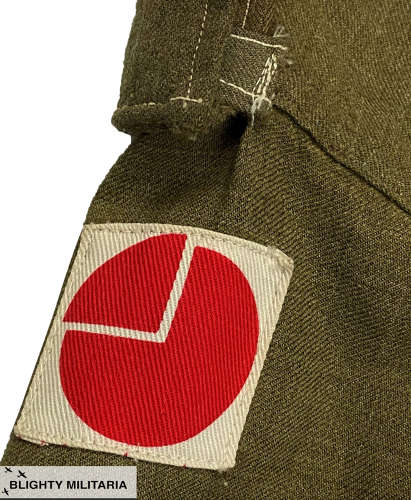 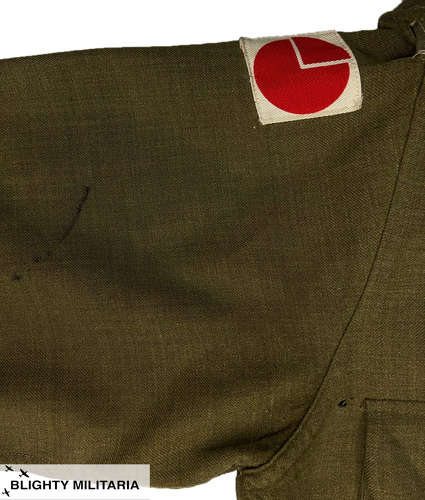 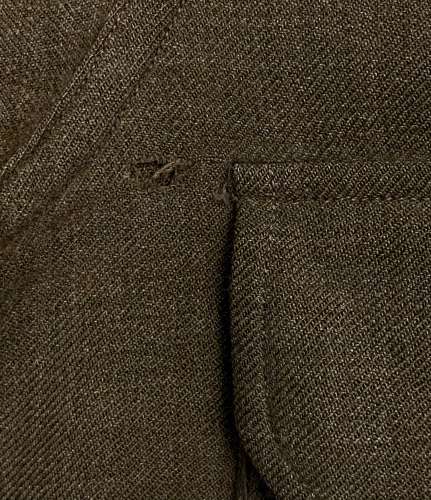 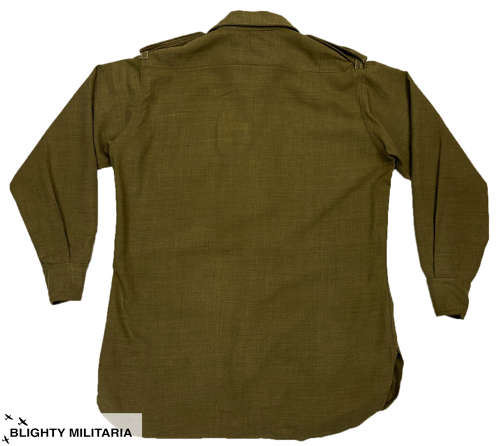 An original US Army Enlisted Man's Shirt which belonged to D. J. Lowe who served with the Royal Army Ordnance Corps in North Africa and Italy during the Second World War. He saw service with the 8th Army in North Africa before going to Italy with the 4th Division during 1944. It has been in a trunk since the war and is a guaranteed wartime item.

American made items were issued on a large scale during the Italian Campaign as part of the lend-lease program which means this shirt was almost certainly worn by Lowe in Italy. The shirt itself is a standard issue Enlisted Men's shirt which is made from the regulation 'mustard' coloured wool. It features a fully buttoning front and plain patch pockets to the chest. Epaulettes have been locally made and loops applied to each shoulder to support them which is typical period modification. Printed 4th Division flashes have also been fitted to the top of each sleeve.

Inside the neck of the shirt the owner's name can be seen. The original size label is also present and reads 15 1/5 33 which denotes the size. When laid flat the shirt measures -

The shirt is in good condition and displays well overall. There is a hole near the right breast pocket and a mark on the right sleeve as detailed in the pictures. Please take time to study these before purchasing.

A nice original shirt with original insignia which saw action in Italy during the Second World War.