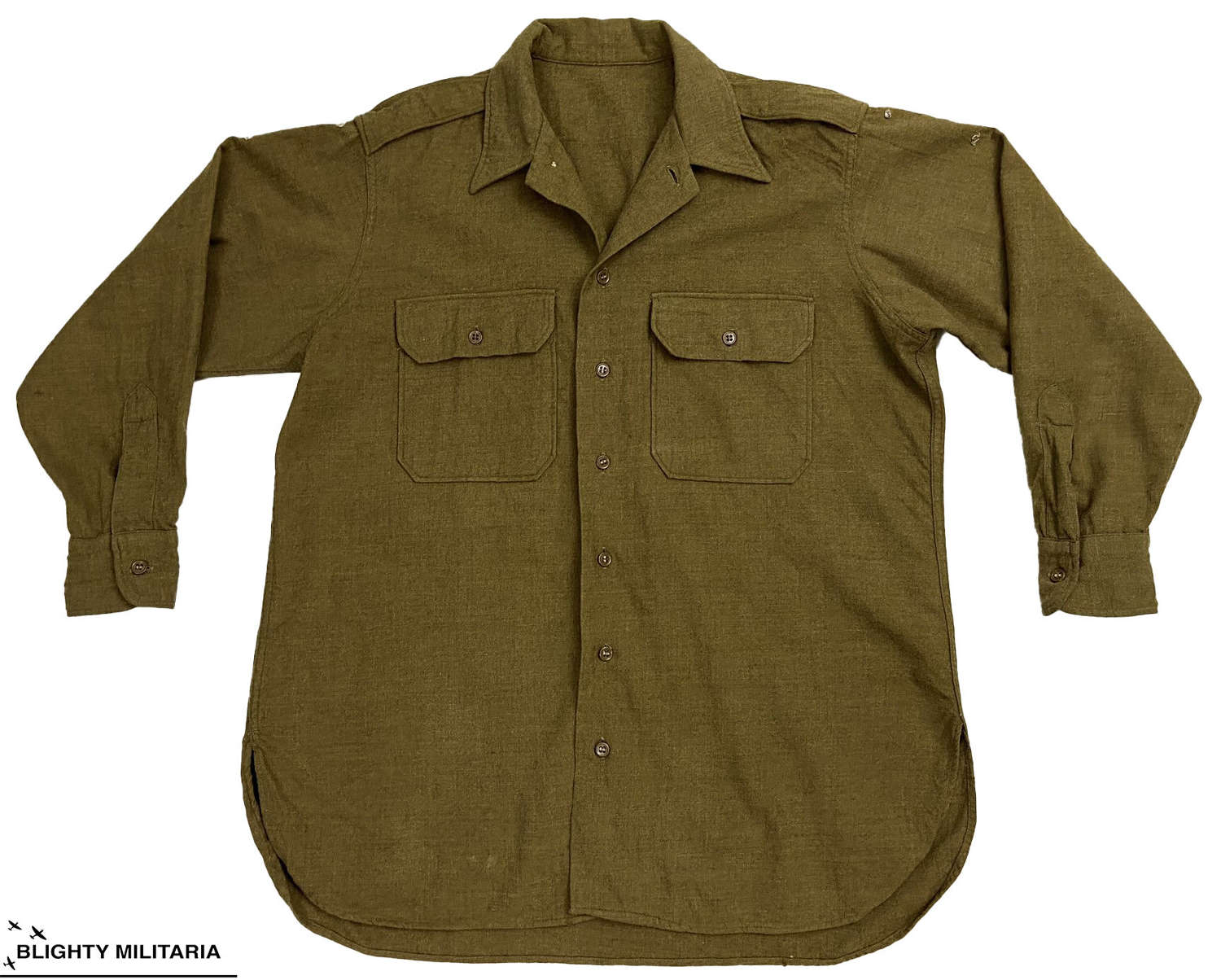 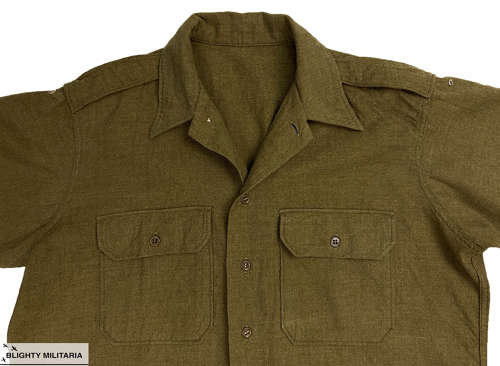 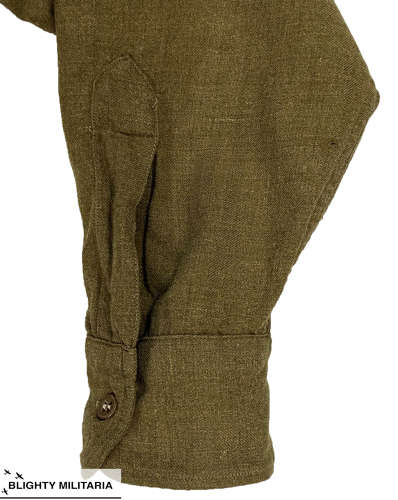 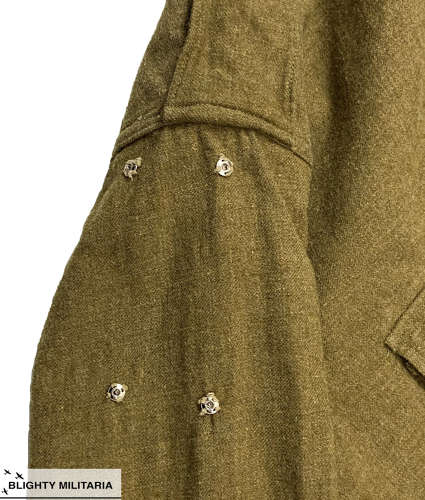 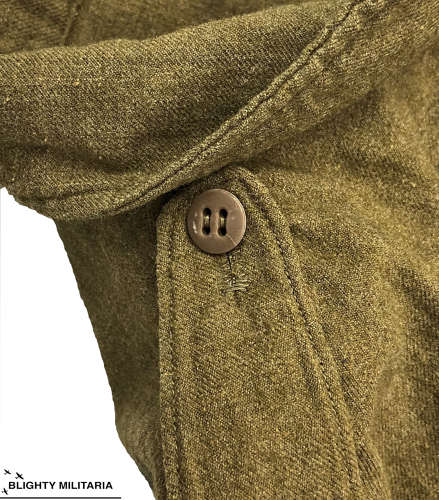 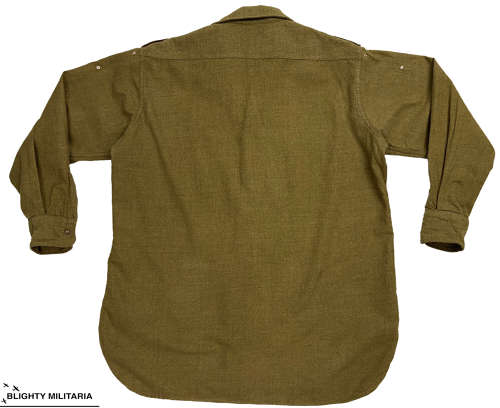 An original American made British Army Officers shirt which belonged to Lieutenant Colonel Ashe who served with the 11th  Sikh Regiment (Ludhiana Sikhs) in Italy during the Second World War.

American made lend-lease 'War Aid' items were prolific in Italy meaning this shirt was almost certainly worn by Ashe during the campaign. It is made from the standard 'mustard' coloured wool and features American buttons and fixed epaulettes. The collar is designed to be worn open so would have been worn as more of a casual shirt with Battledress rather than with Service Dress.

Interestingly both sleeves feature a set of 4 press studs to which insignia would have been fitted. Having removable badge was popular in the Italian campaign as it aided with laundering.

The shirt is a large size which should easily fit a 42" chest and most likely larger. When laid flat it measures -

The shirt is in good condition and displays well. It does a few moth nips including to the sleeve although these are only noticeable on close inspection. Please study the pictures before purchasing.