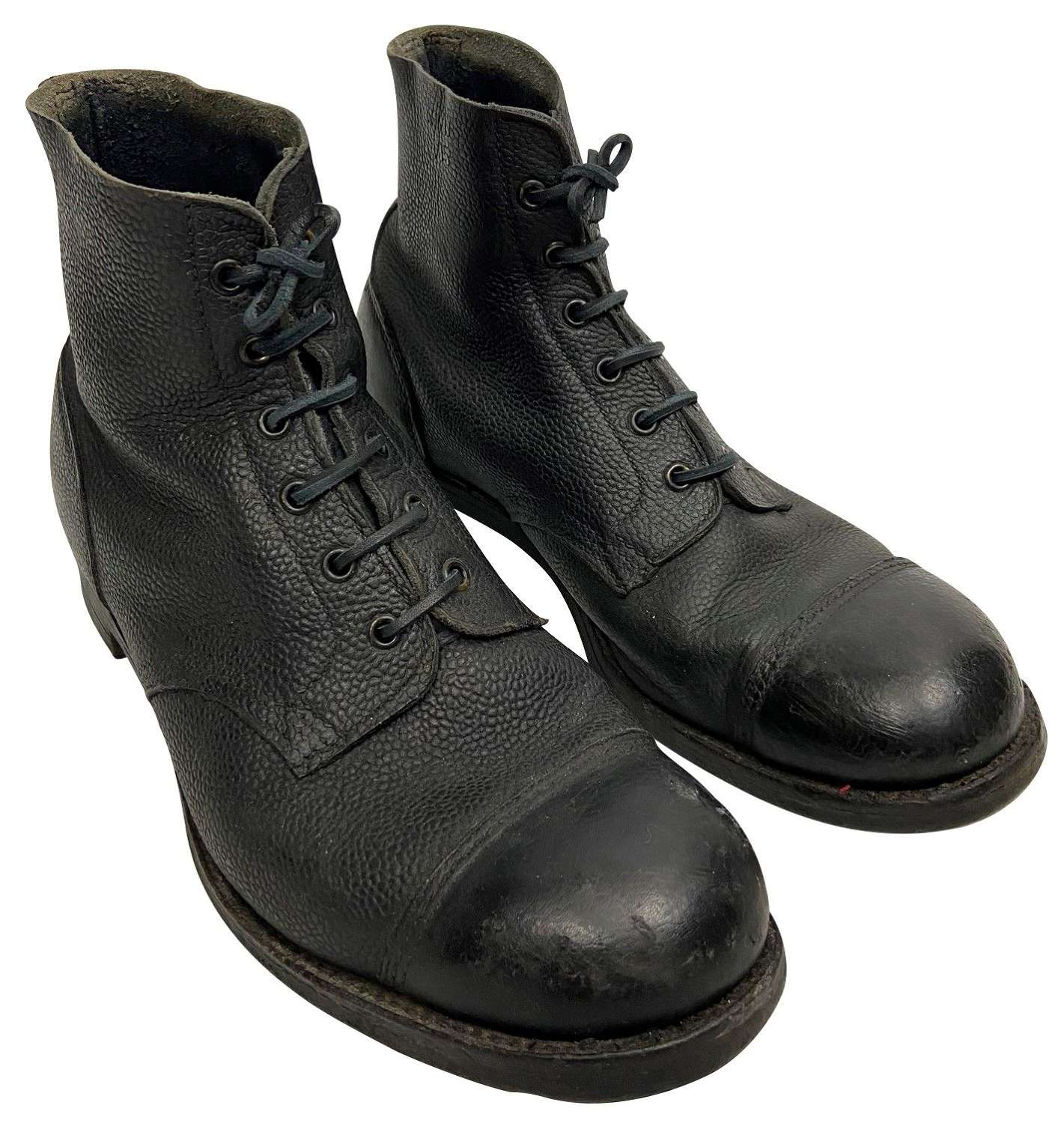 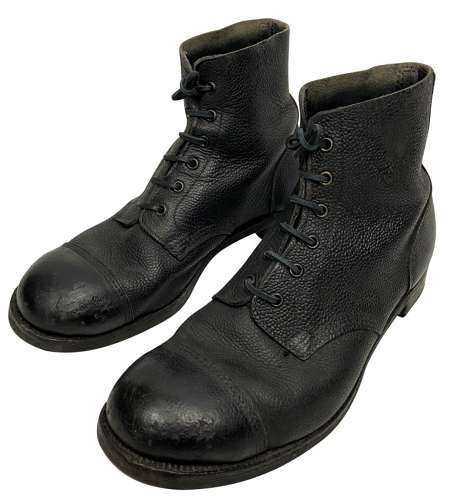 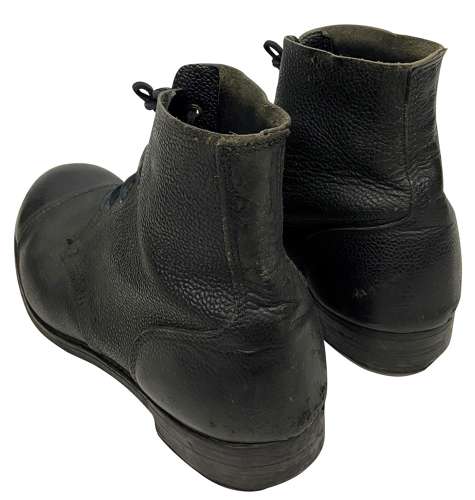 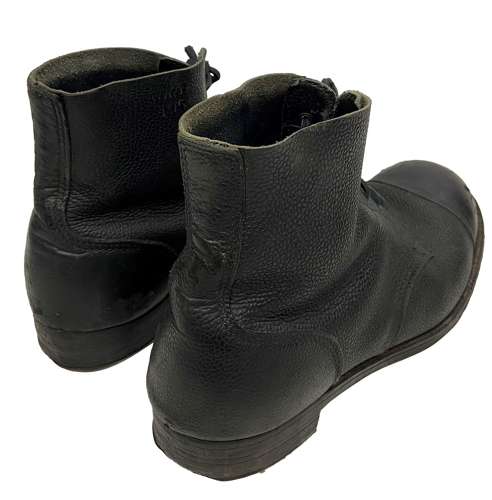 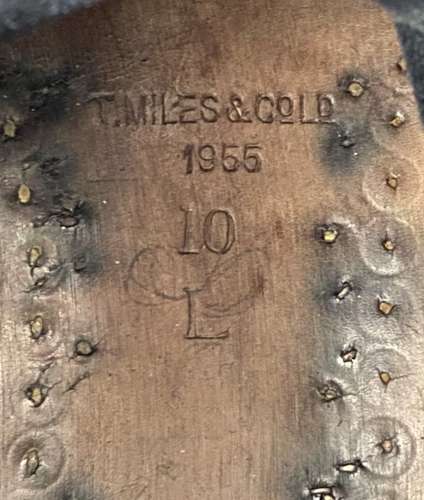 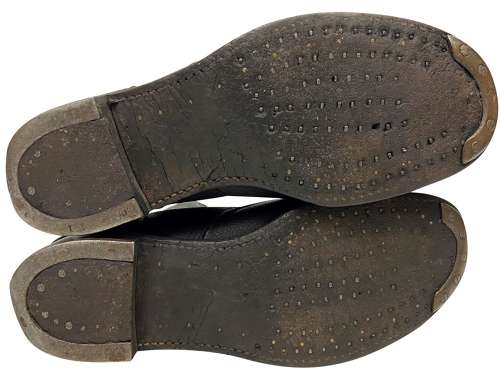 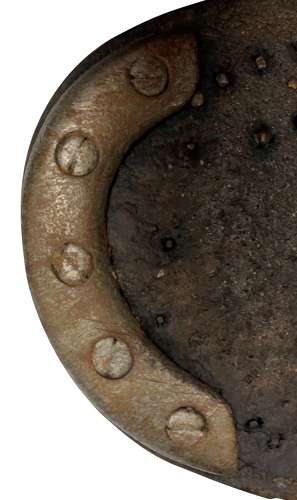 An original pair of 1955 Dated British Army Ammunition boots in a size 10L and good condition.

Inside the boots the original makers name of 'T. Miles & Co Ltd' is present as is the 1955 manufacture date and the size, 10L.

The boots are in good condition overall. There is some scuffing to the toe caps and other signs of use and age but overall they display well.

A good original pair of boots ideal for a mannequin or re-enacting as they are identical to WW2 issue.