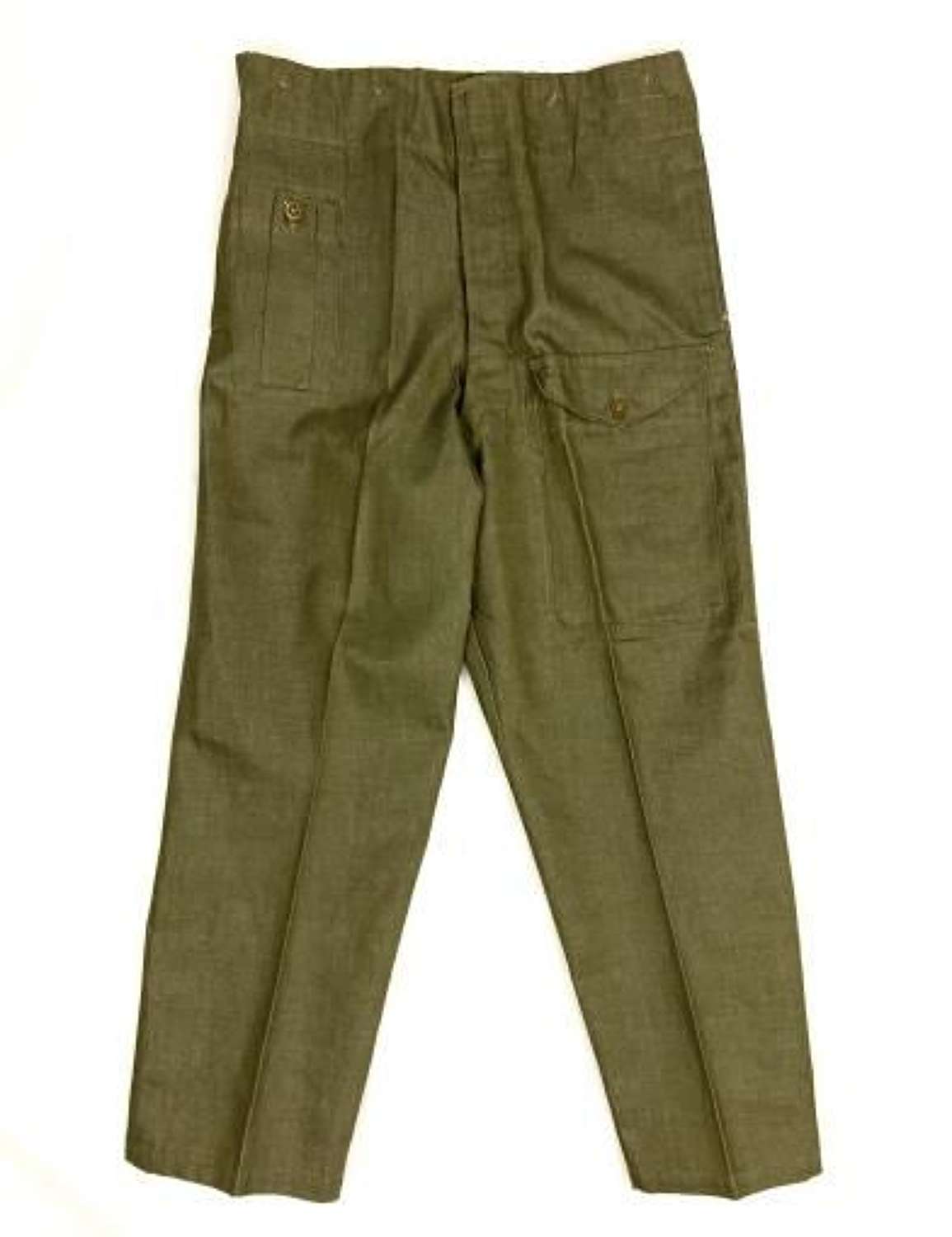 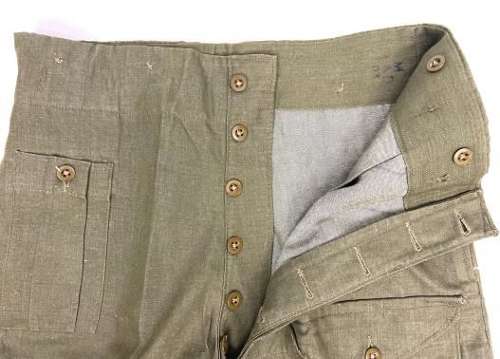 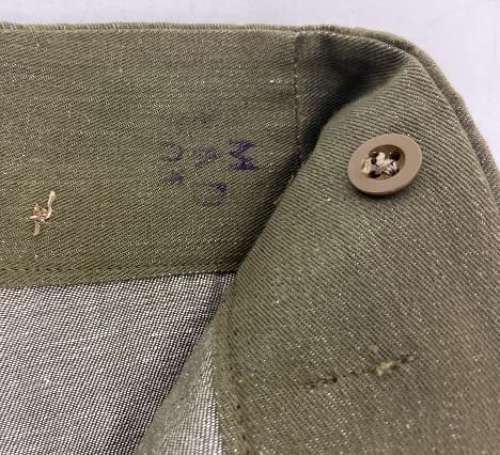 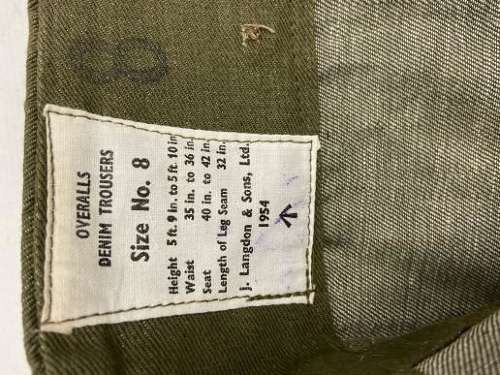 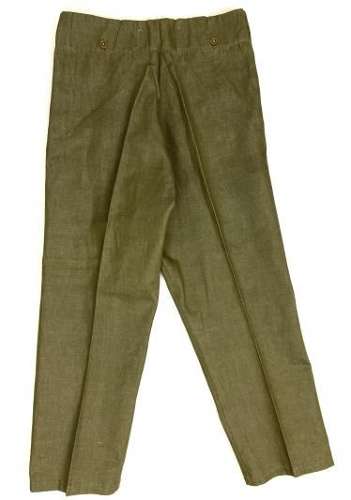 This pattern of trousers came into issue with the British Army during the Second World War and remained standard issue well into the 1950s. These trousers were used for fatigues and are made from a green denim sanforised cotton, typical of that used for workwear in the mid century period. Based on the serge battledress design, these trousers feature a map pocket to the left leg, a first field dressing pocket to the right hip and slash pockets in the usual place in each side seam. They are cut with a high rise and wide leg as were all men's clothes during this period.

This particular pair are in new old stock, unissued condition and still retain their dark green colour they would have had from the factory. These are straight from stores so in unworn condition but do have some creases and a bit of storage smell.

The trousers are a good large size which will fit up to a 36" waist and a 32" inside leg, making them ideal for a re-enactor.

A fantastic pair of wartime pattern trousers in a larger, wearable size and unused condition. Ideal for both the collector and re-enactor!