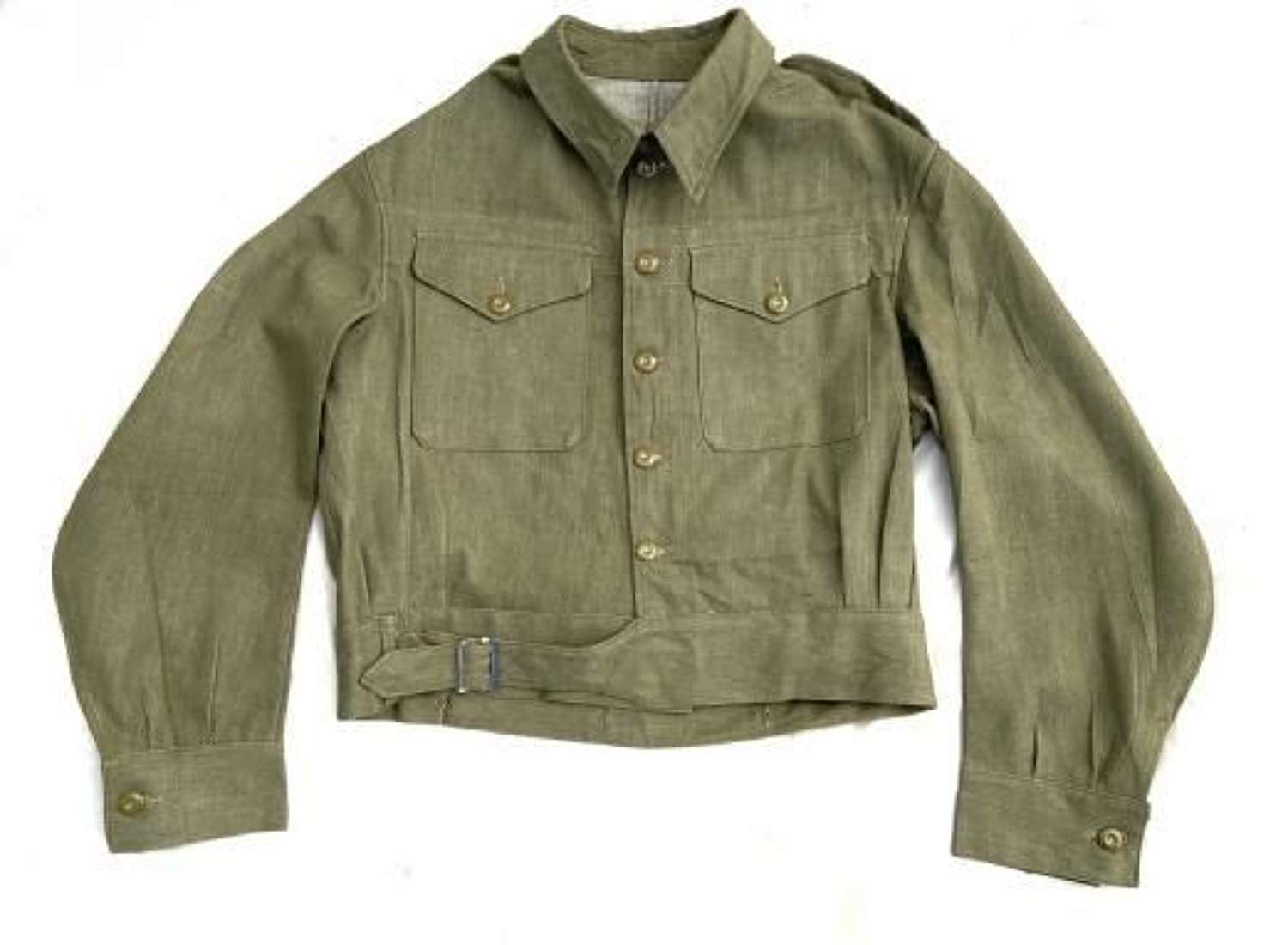 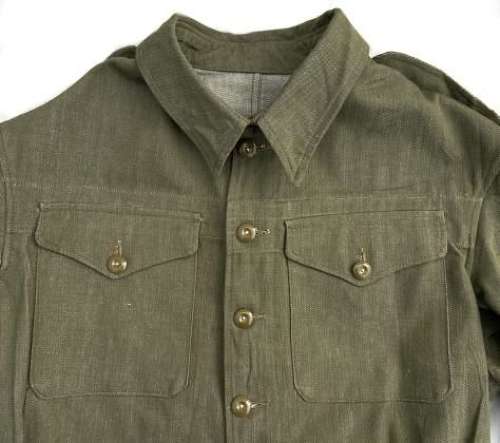 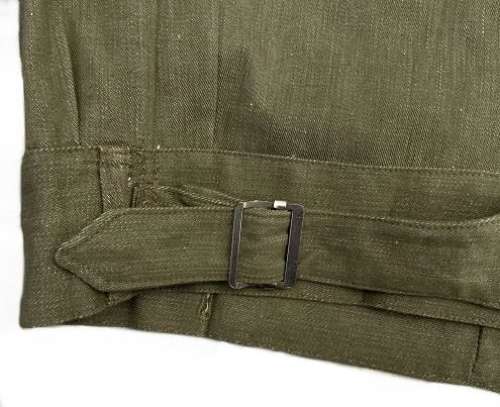 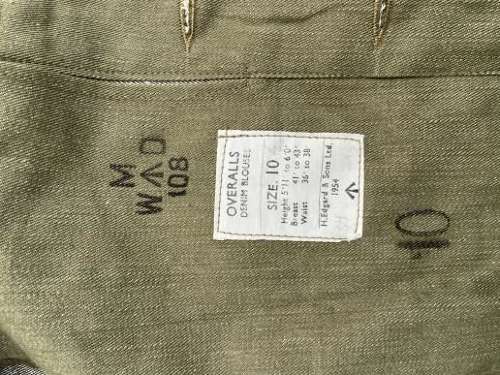 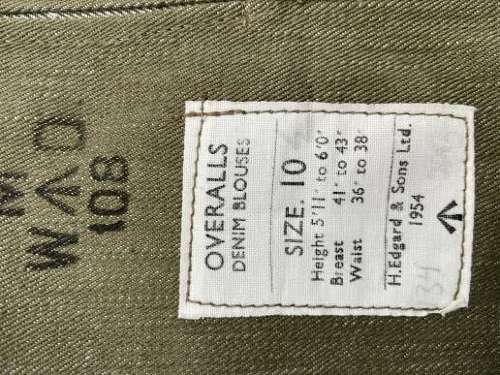 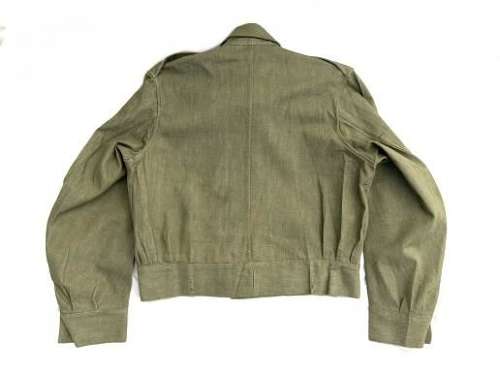 Whilst the jacket is a post-war dated example it is identical to the wartime pattern. It features revolving shank buttons which are attached with brass split rings and a chromium plated waist buckle.

Inside the jacket still retains its original issue label which is bright and legible. This is uncommon to find with original denim items as they are usually washed out. The label states the size as No.10 which is one of the largest sizes of denim battledress made and will fit up to a 43" chest. The label also bares the 1954 date as well as the War Department broad arrow marking.


The jacket is in extremely good condition. It has clearly never been issued or worn and looks as it would have done when out of he factory. It displays very well and would certainly be hard to better.

All in all a very nice original Denim Battledress Blouse in a hard to find large size.