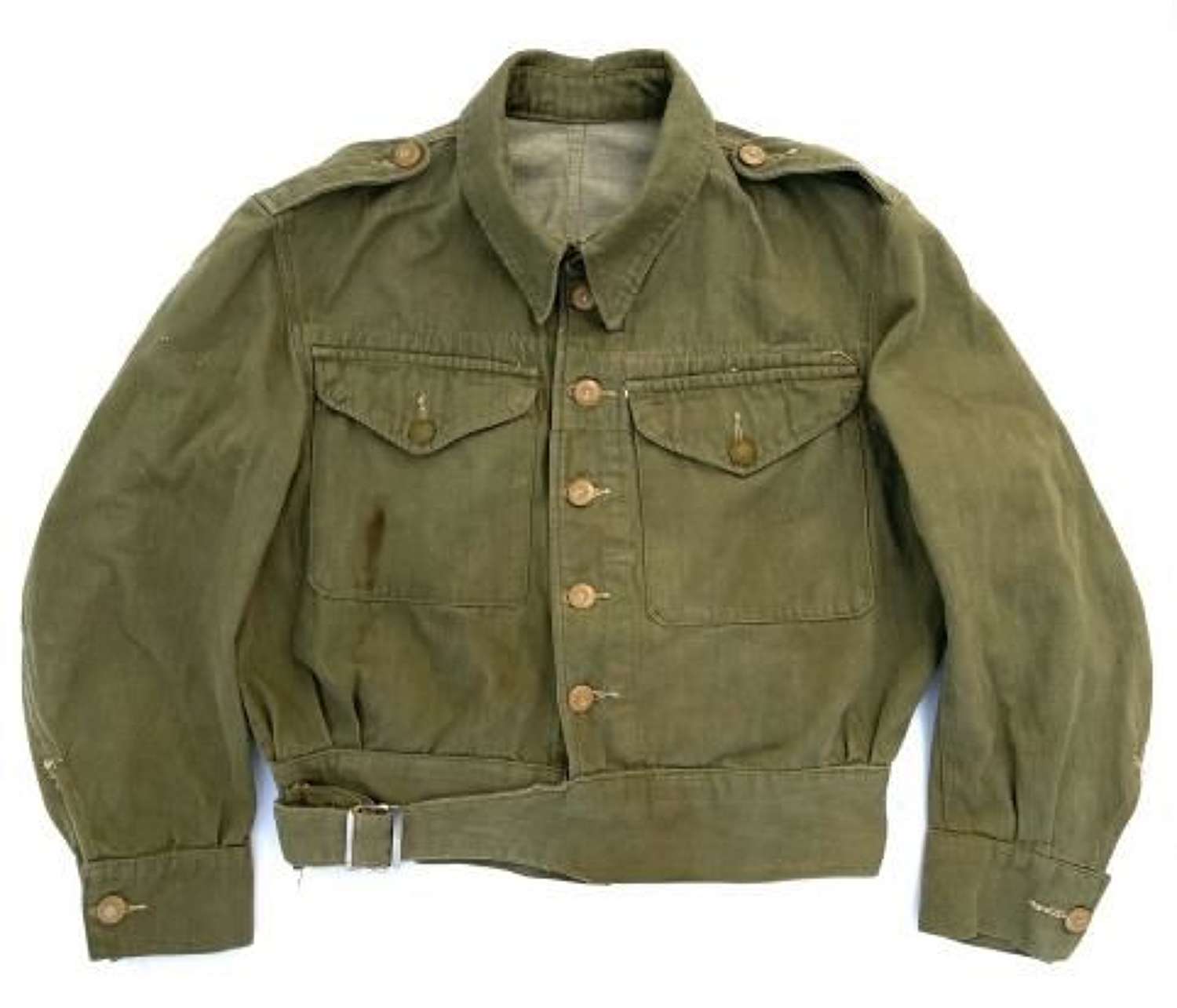 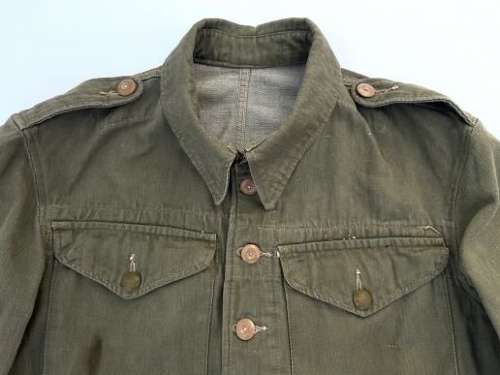 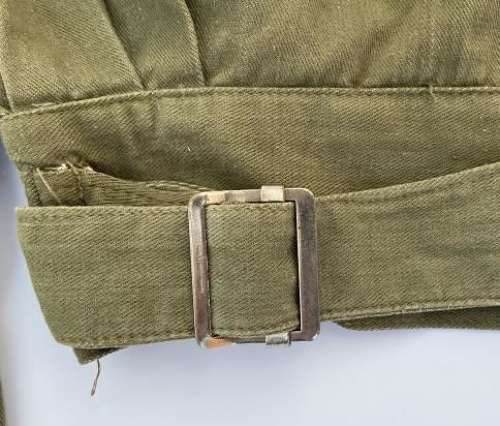 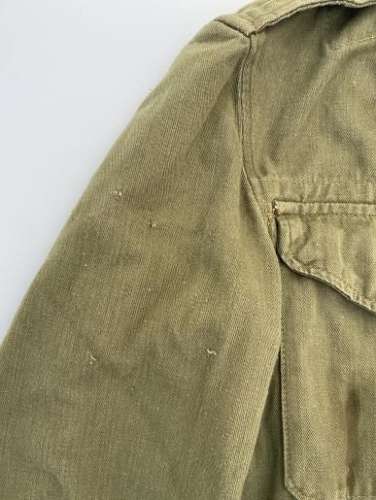 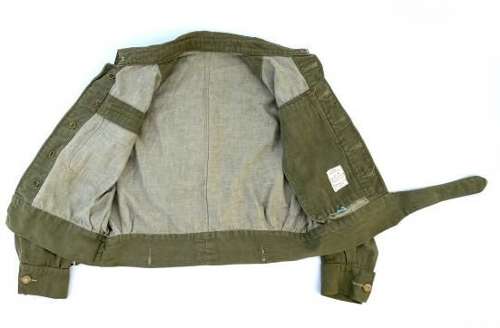 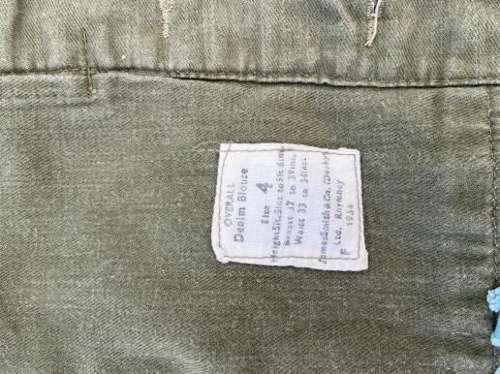 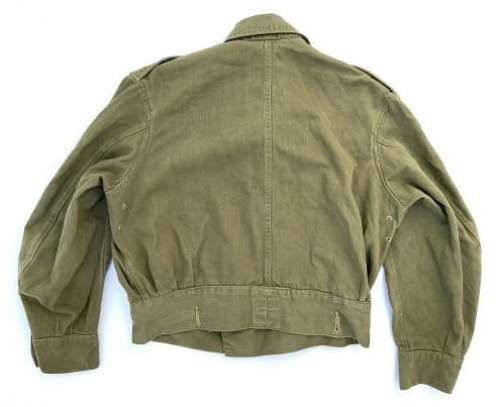 Whilst the jacket is a post-war dated example it is identical to the wartime pattern. It features revolving shank buttons which are attached with brass split rings and a chromium plated waist buckle. The right sleeve appears to have had an NCO rank stripe attached at some stage and interestingly the breast pockets have been fitted with green plastic general service buttons which is a nice feature.

Inside the jacket the original label is still present and is still clear and legible. It states the size as No.4 which will fit someone with a 37 - 39" chest and 33 - 34" waist. The manufacturers name of 'James Smith & Co (Derby) Ltd and the 1954 date is present below that.

The jacket is in good wearable condition with plenty of life left in it. It is however a vintage, pre-worn item and may have small issues consummate with age so please study the pictures.