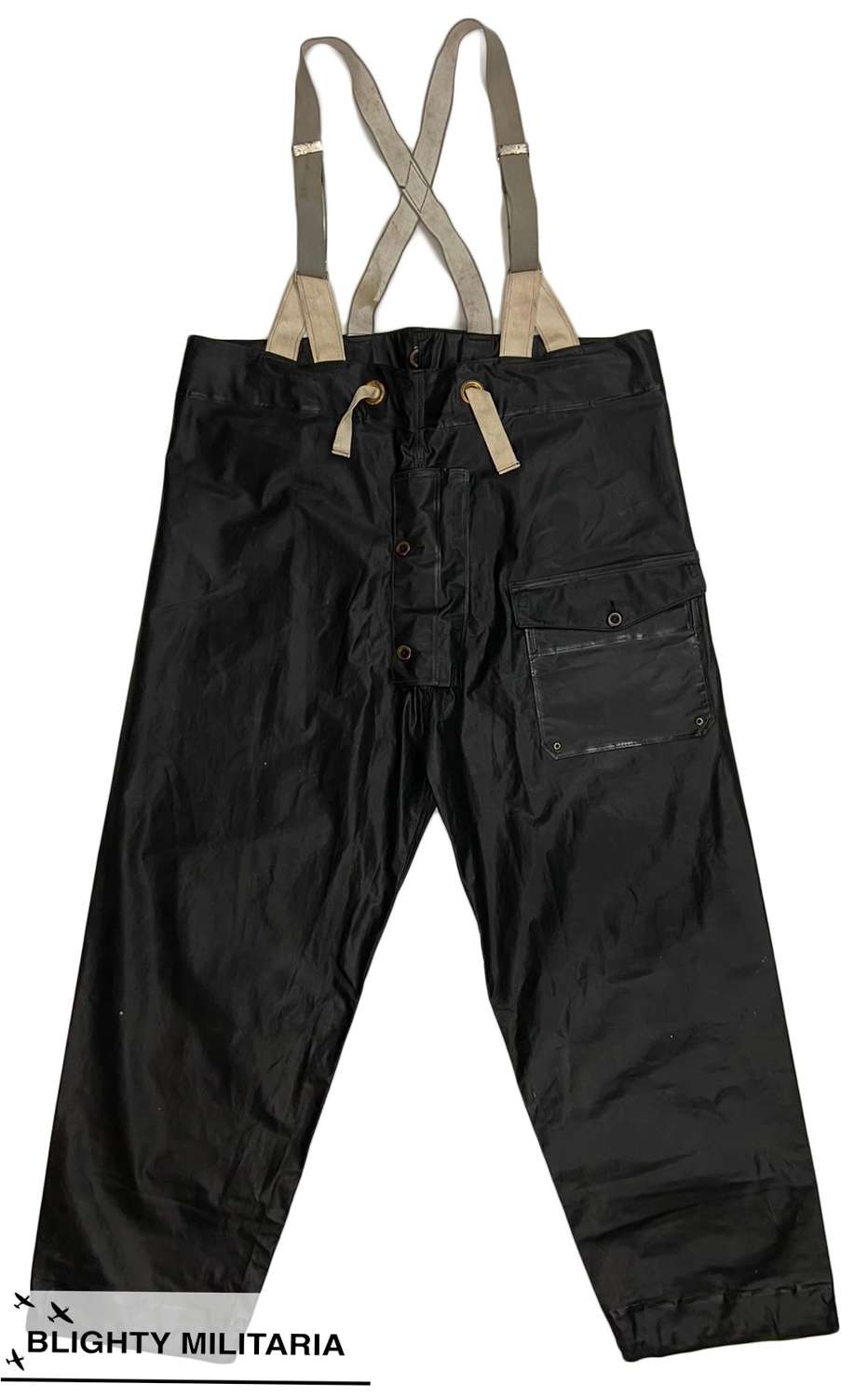 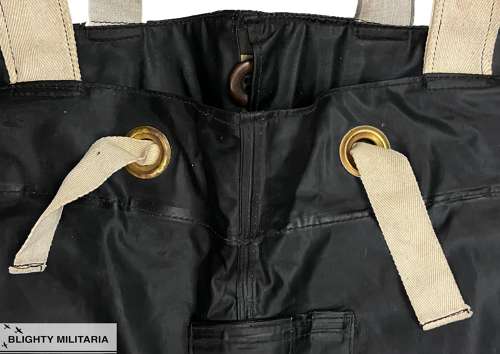 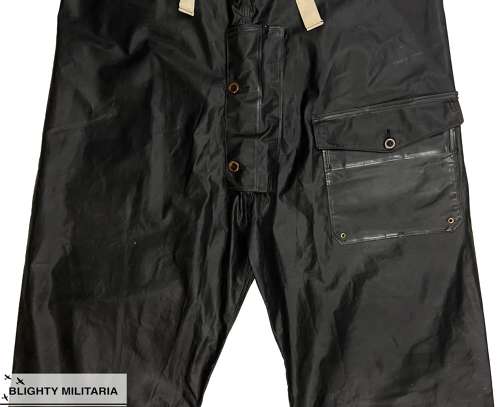 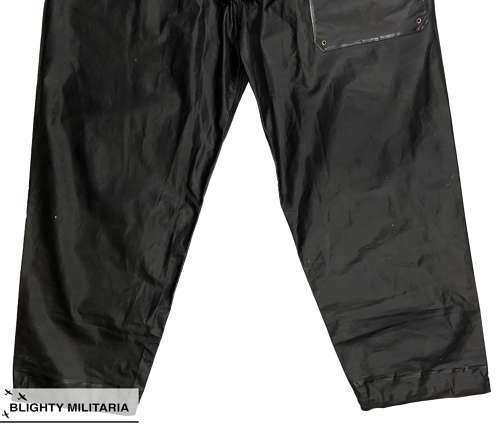 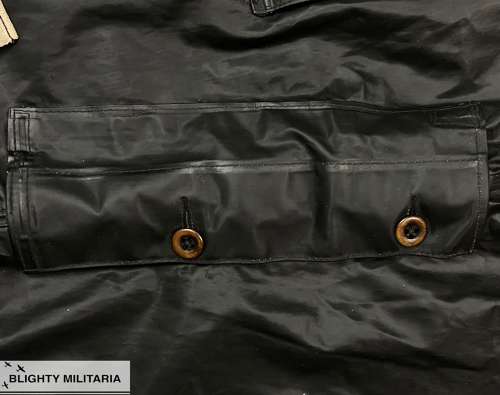 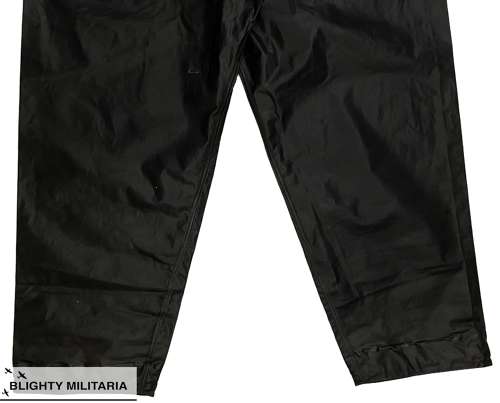 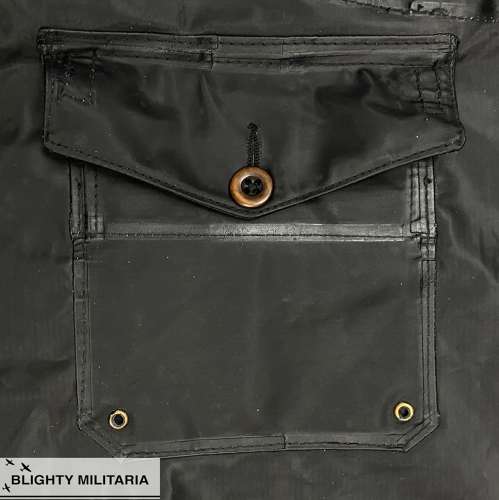 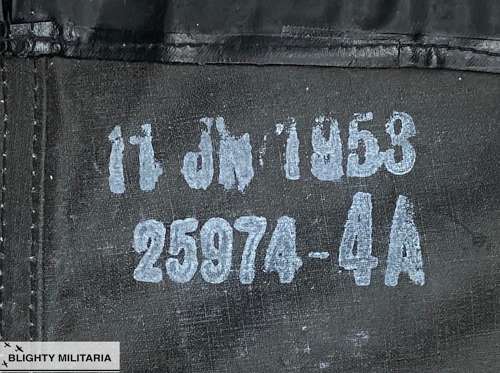 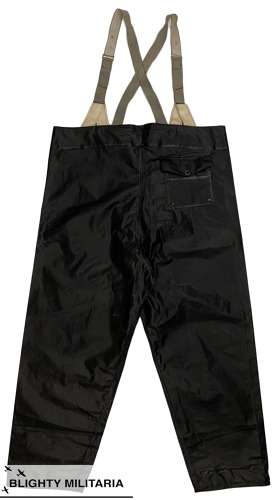 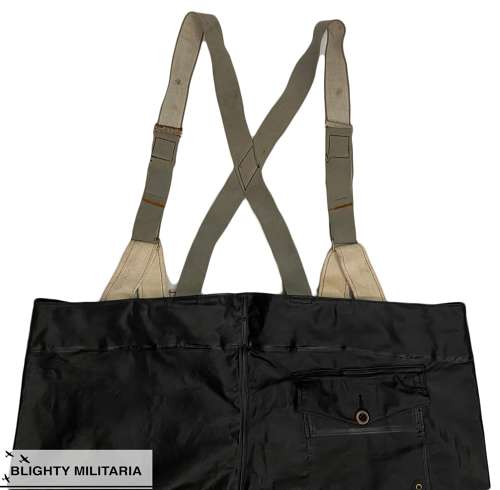 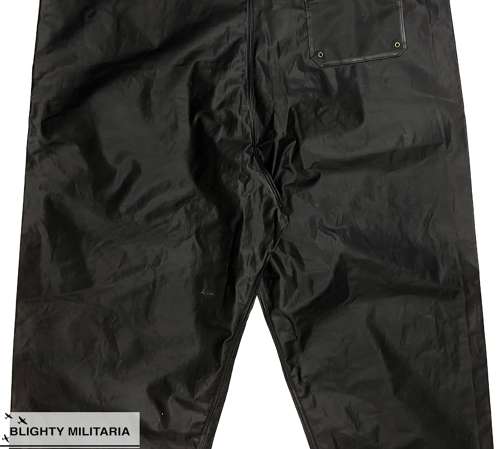 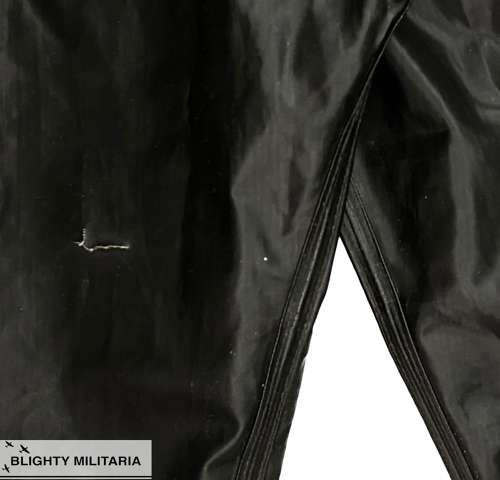 First introduced in 1953 to replace the earlier oil skin items issued to the royal navy, these trousers are made from a polyvinyl chloride fabric which is often referred to as 'PVC'. This material was considered cutting edge in the early 1950s and had waterproof and windproof qualities unlike anything which had been made before. They were intended to be worn with the corresponding foul weather smock and are the same as the ventile flight deck trousers which were made for the Royal Navy for a number of years.

The trousers are cut in a large, oversized manner as they are intended to be worn as an outer layer. They feature a drawstring waist and have two large brass eyelets at the front through which is passed the drawstring. There is a simple fly which fastens with exposed buttons and there is a patch pocket to the front left leg, similar to Battledress trousers. There is another smaller patch pocket to the rear and both pockets feature two small brass eyelets to the bottom corners which allows water to drain out with ease. The trousers are fitted with a permanent set of braces which are grey elastic and feature metal adjusters. Inside the trousers the original white markings are still present and include the 1953 date.

When laid flat the trousers measures -

The trousers are in very good condition for their  age as can be seen in the pictures. They have clearly been issued and worn but do not show any signs of excessive wear or use. There is a small L-shaped tear to the rear as shown in picture 12 and some other signs of wear and age but overall they display well.

A nice original pair of 1950s Royal Navy trousers which are very hard to find today.