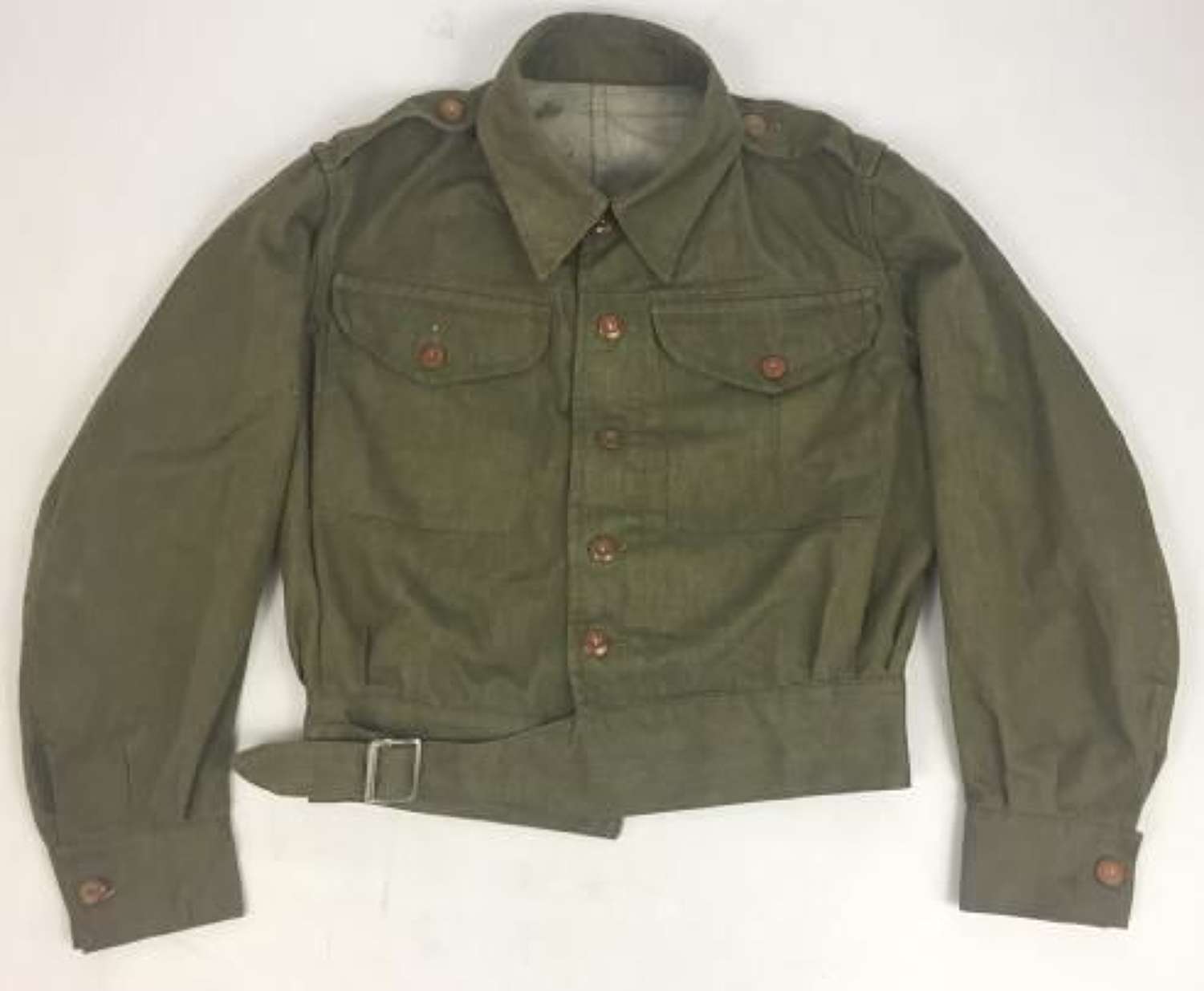 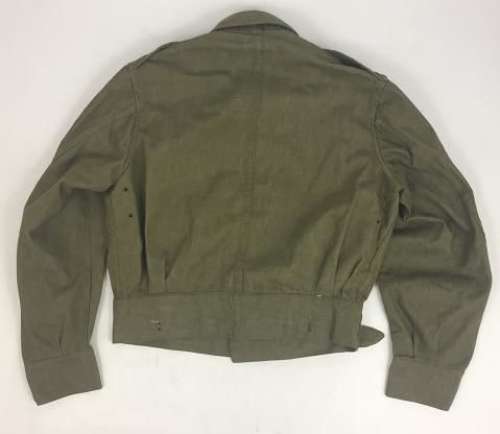 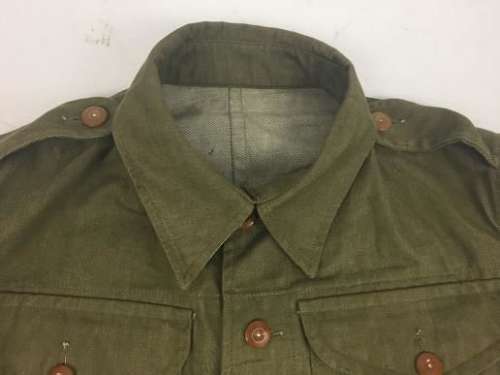 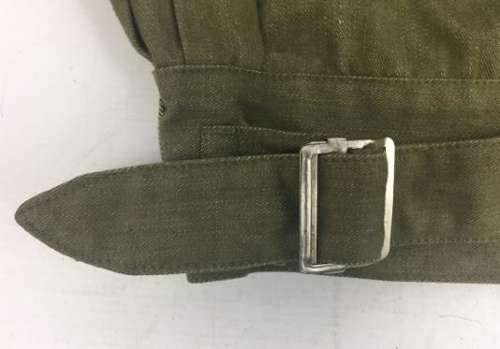 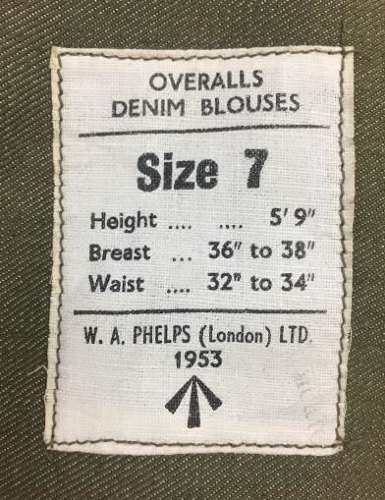 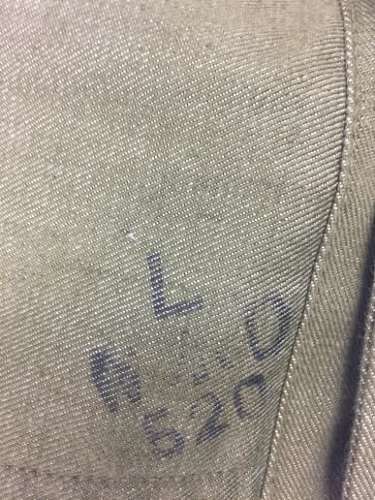 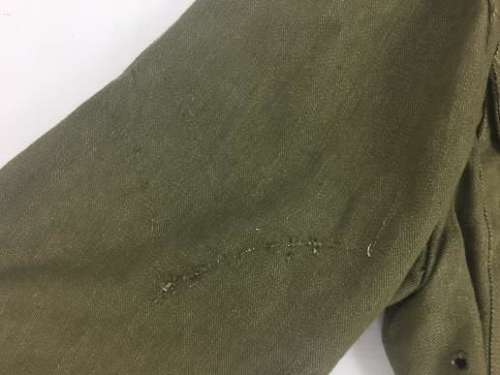 This pattern of Battledress blouse came into issue with the British Army during the Second World with this example being identical to mid-later war manufactured examples. It features of complete set of revolving shank buttons which are held in place with original brass rings. It also has an original chromium plated waist buckle which is again removable and the same as WW2 pattern.

Inside the jacket retains its original manufactures label which states the size as size No. 7 which will fit someone of around 5' 9", 36-38" chest and a 32-34" waist. There is also a War Department ink stamp inside the jacket which bares the broad arrow and is surmounted by the letter 'L' which is correct for the year of manufacture.

The overall condition of the jacket is very good as can be seen in the pictures. It does not appear to have seen much use and displays nicely. The only flaw I can find is a small hole where a corporals stripe has been removed so I have included a picture of this.

All in all a nice wartime pattern Battledress blouse in nice condition.