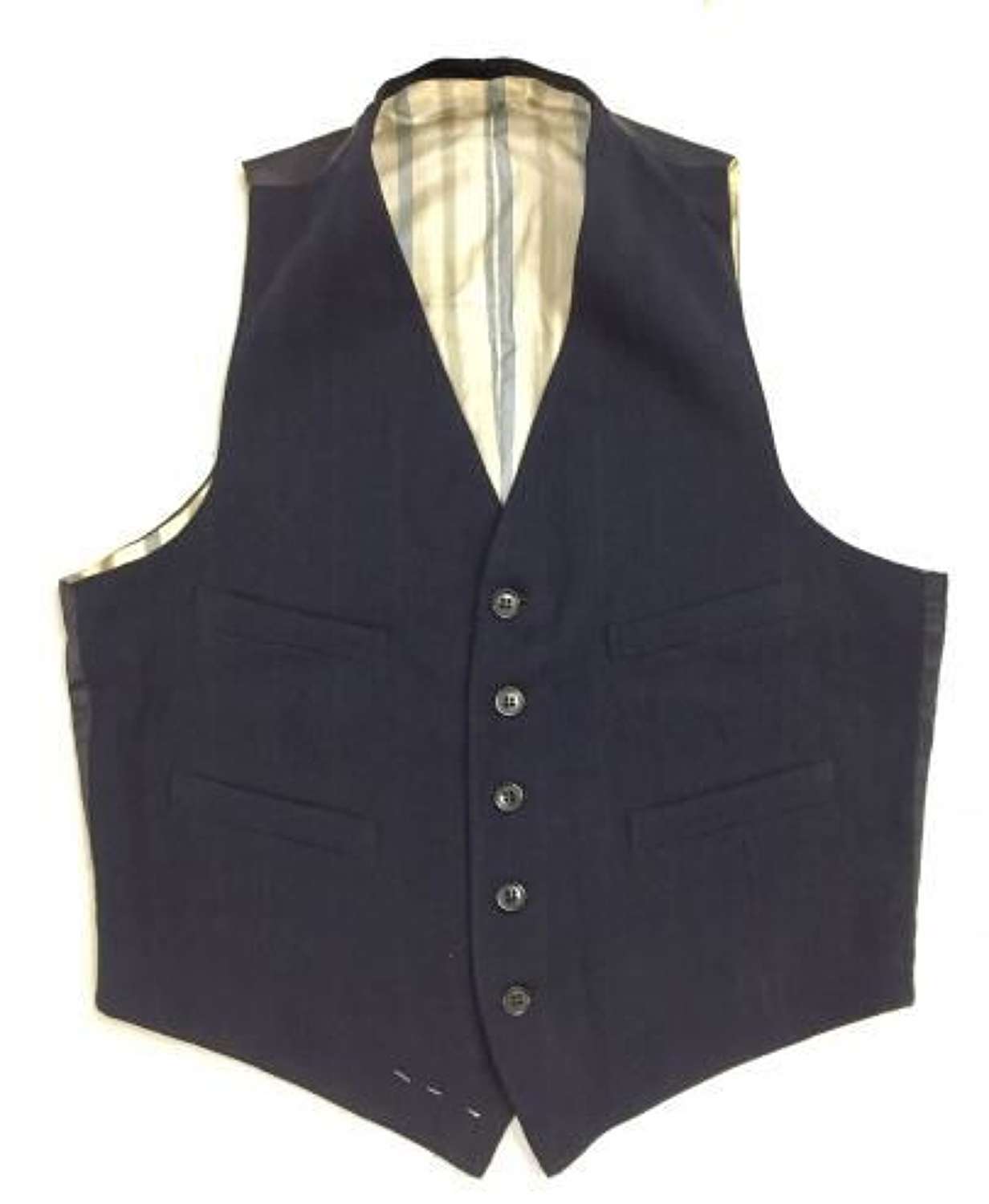 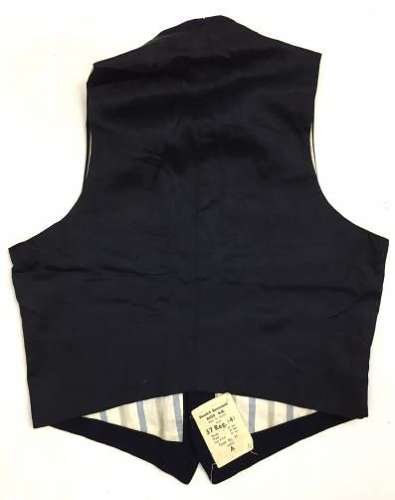 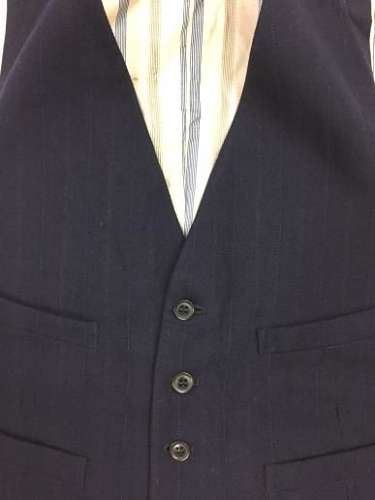 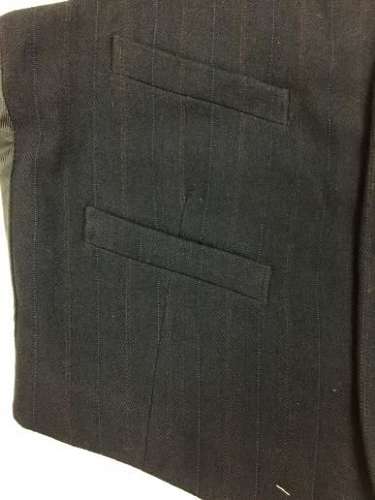 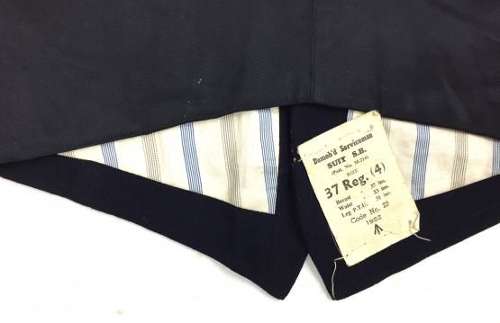 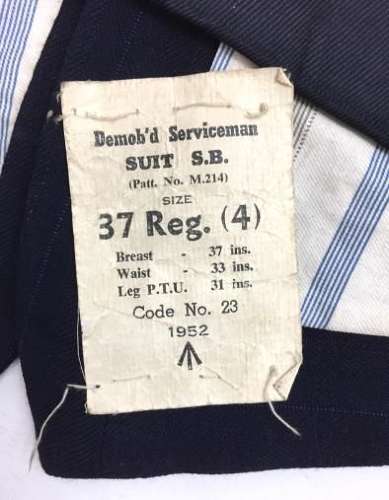 From 1942 onwards Great Britain began making suits for demobilized service men, that is those men who had served in the Armed Forces but had now left. They continued making these suits well into the 1950s with the style more-or-less unchanged. This example dates from 1952 but the material is identical to those made during the 1940s and the lack of a rear belt and buckle is typical of the economy measures undertaken on men's clothing in this period.

This particular example comes complete with its original paper issue label making it a collectable in its own right. The label is interesting because it tells us that this waistcoat would have original been part of a single breasted three piece suit. The sizes on the label refer to the whole suit stating the chest as a 37" chest, the waist at 33" and the leg at 31". The leg has the letters 'P.T.U' after it which I can only assume means 'Pre-Turn Up'.

The waistcoat is made from a blue pinstripe cloth which is typical of the 1940s and demob suits. It is brighter than it shows up in the pictures. The lining is also the striped kind often found in this era.

The overall condition of the waistcoat is good as can be seen in the pictures. It is very unlikely that this has ever been worn as the label would have either been removed or would have worn of very quickly, as they are only lightly tacked on.

Altogether a nice original waistcoat which still has its original label. Wear it or keep it as a collector piece!