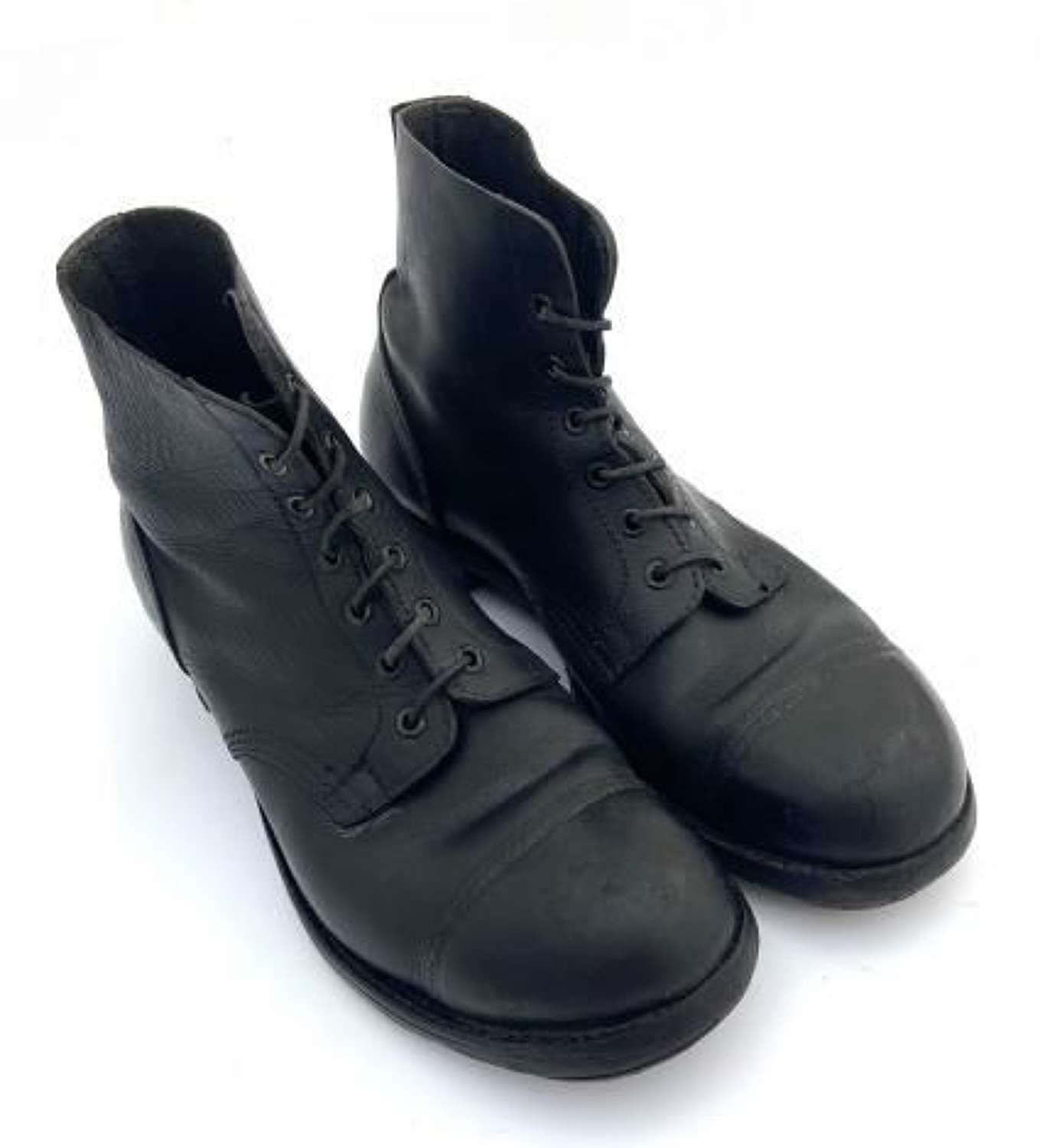 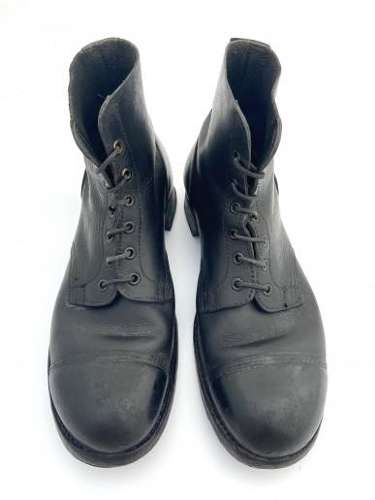 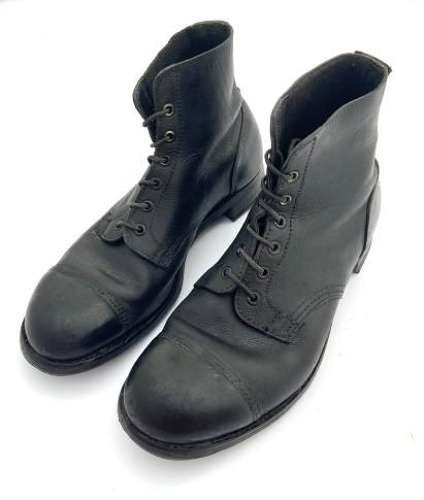 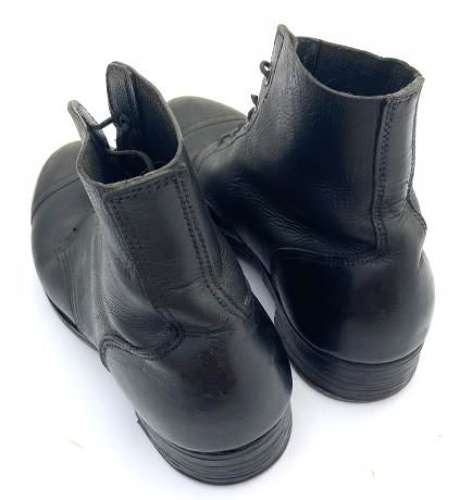 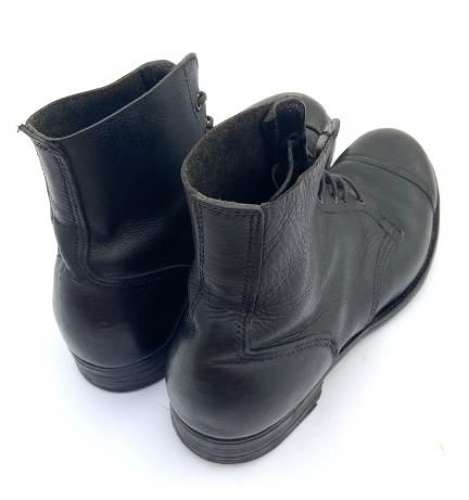 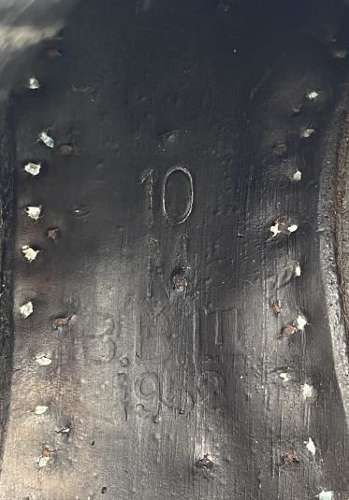 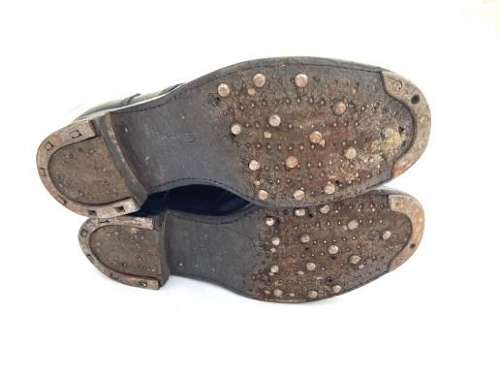 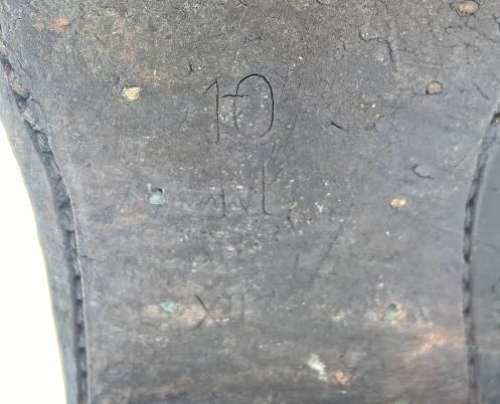 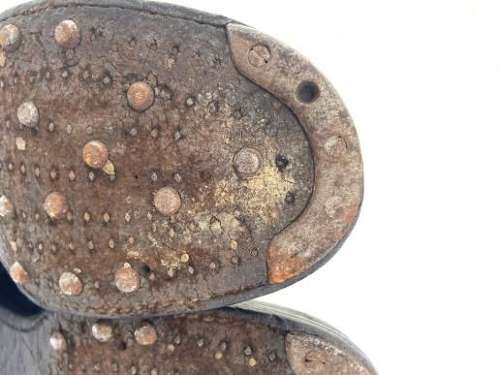 An original pair of British Army Ammunition boots in a size 10M and clearly dated 1952.

This pattern of boots came into issue with the British Army in 1936 and saw issue throughout the Second World War and well into the 1950s. This particular pair are the correct wartime pattern with 13 studs and slot head screws to the toe plate. One of the screws is missing from each toe plate in line with wartime economy measures and makes the boots an ideal stand-in for a more expensive pair of war dated boots.

The boots come fitted with their original laces and don't appear to have been worn since the 1950s. They have been 'bulled' for walking out or parade use and overall display very nicely.

Inside the boots the original makers name of 'B.B Ltd' is present as is the 1952 manufacture date and the size, 10M. The size is again marked to the sole, as is usual with this pattern of boots.

The boots are in good condition and display well. The leather has harden a little after years of being in stored away so could potentially benefit from being treated with some leather product.

A nice pair of early 1950s boots which could easily pass for wartime examples and would make a great stand-in.