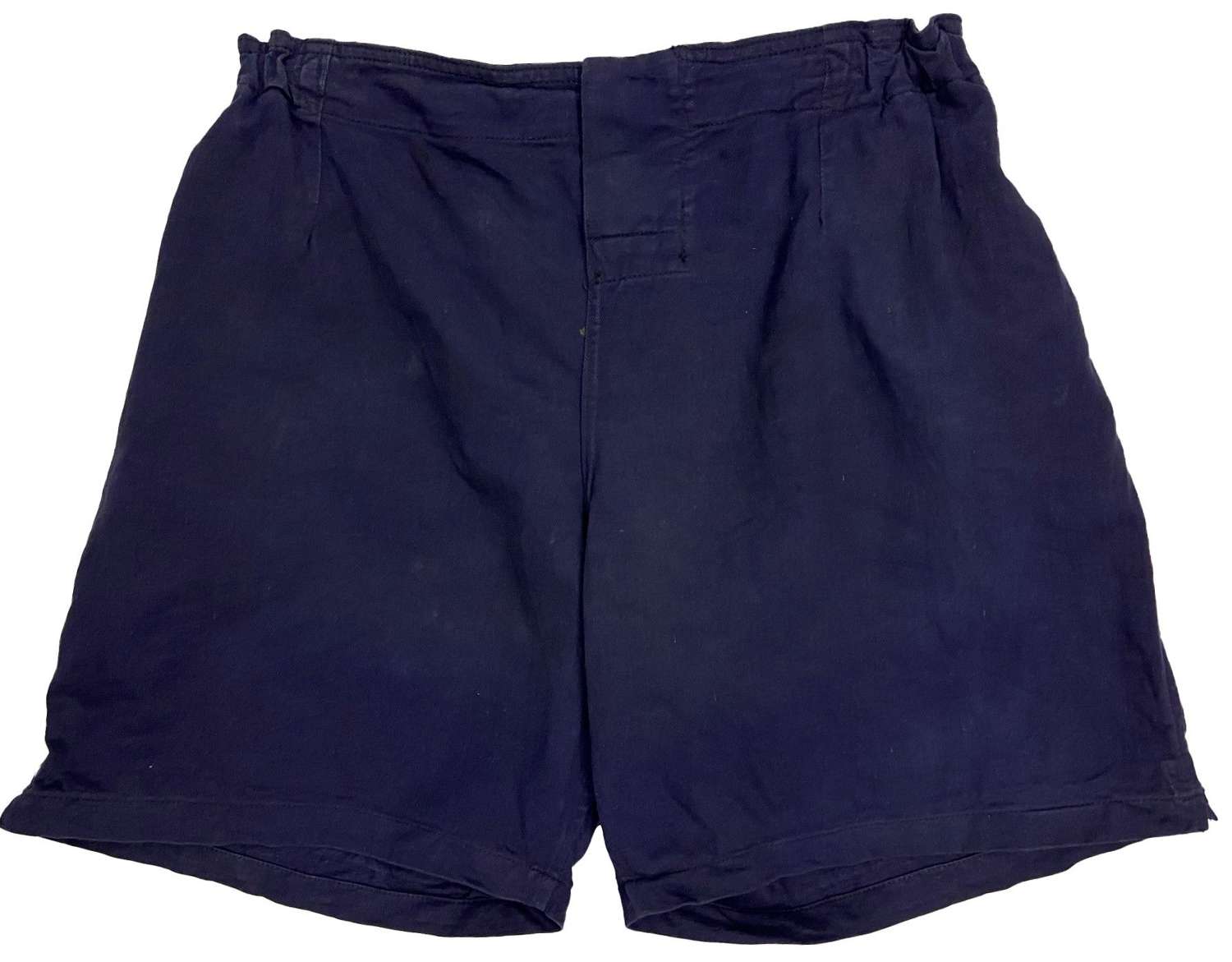 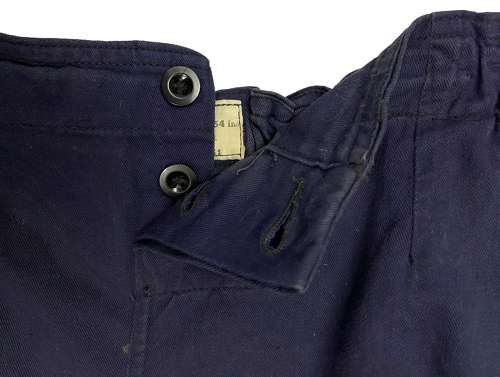 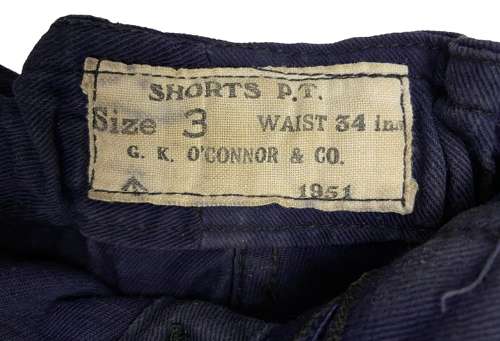 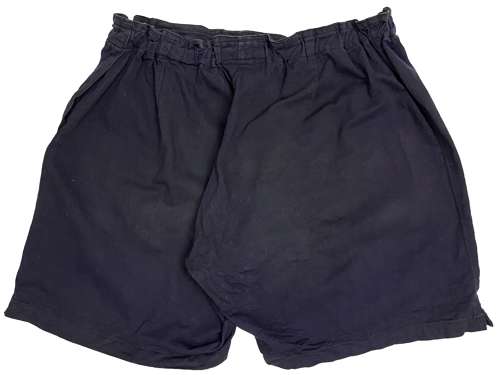 An original pair of British military physical training shorts dating from the early 1950s and of the same pattern used during the Second World War.

This style of shorts was used by the British Army and RAF during the Second World war for physical training and were often referred to as 'PT Shorts'. The shorts are made from a lightweight, blue coloured cotton drill and feature a short button fly. Inside the shorts the original label is still present and is typical of those found on issue examples from the Second World War and 1950s. The designation 'Shorts P.T.' is visible as is the size of 36.

The shorts are in worn, used condition which is reflected in the price. Please study the pictures and bear in mind that these are a pre-owned pair of vintage shorts.

A good pair of original mid century shorts with some great character!