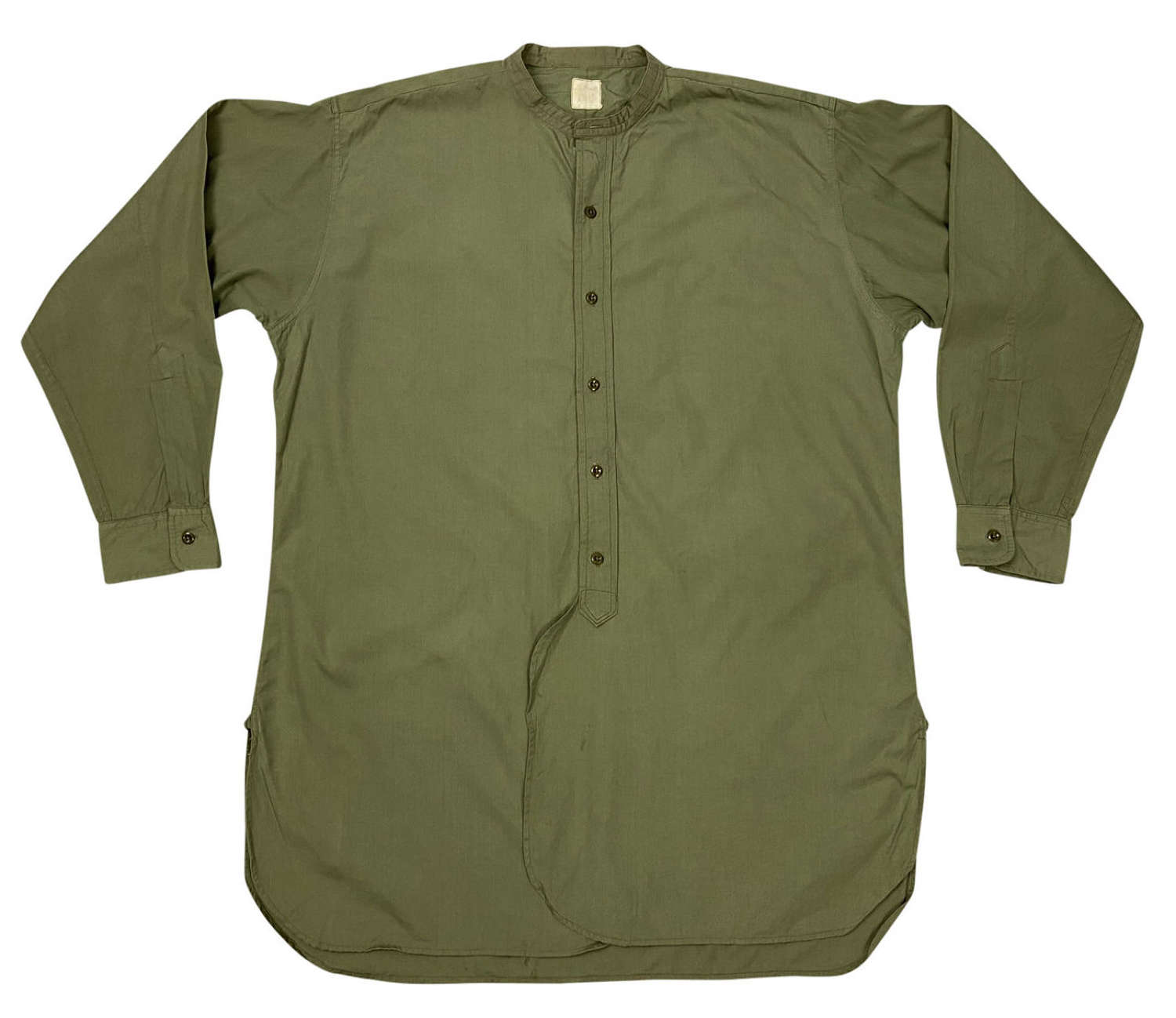 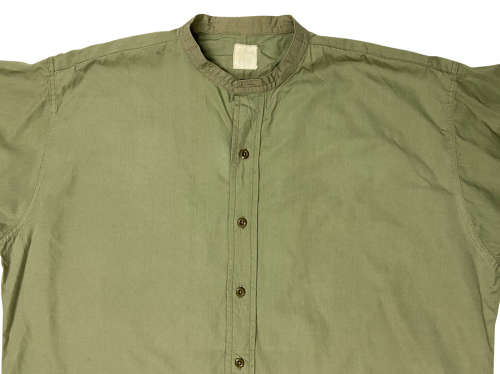 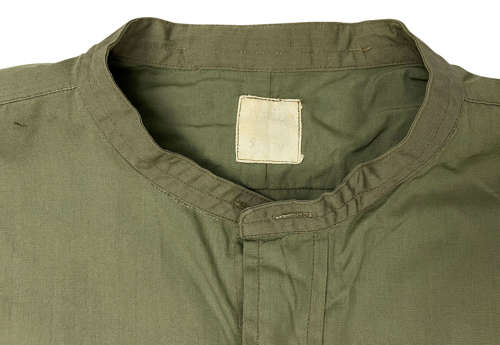 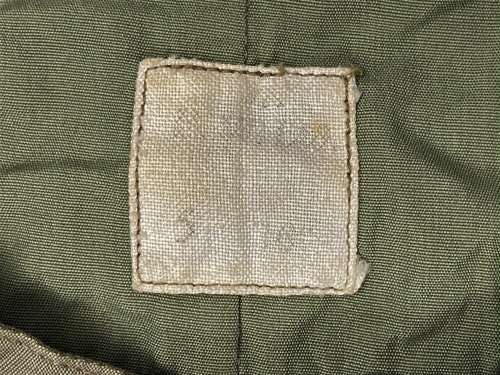 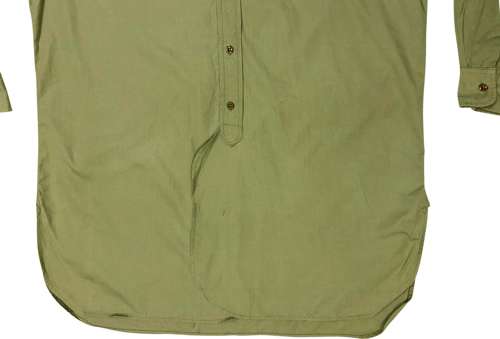 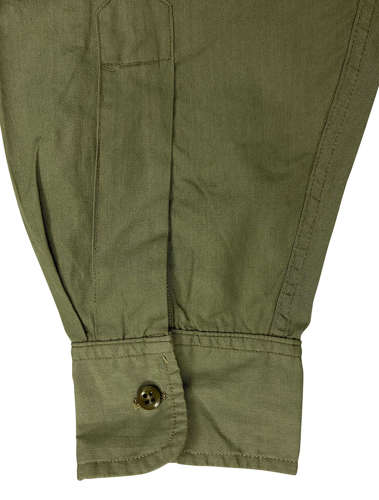 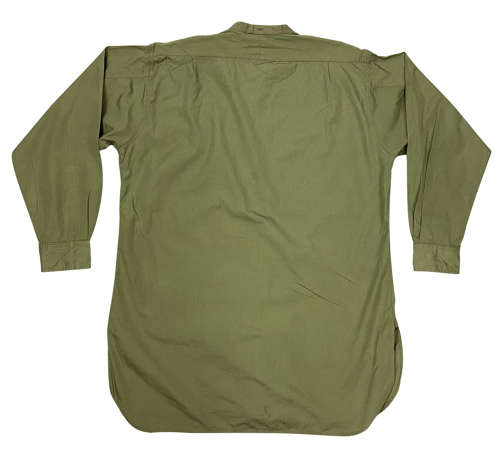 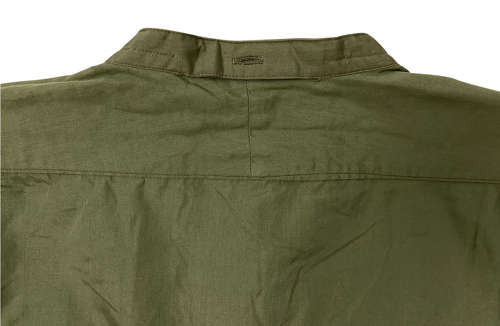 This shirt is typical of those made in the 1940s and 1950s for officers in the British Army. It is made from a light green poplin cotton and features a neckband collar which would be worn with a matching detachable collar and plain barrel cuff which fastens with a single button. The shirt features a full button front. This style started to gain popularity during the Second World War, eventually replacing the earlier half fronted shirts in the post-war period.

The original label is still present inside the shirt but has been washed out making the details hard to read. The simple style would suggest that this was an issue shirt and the number '16' can just be made out which denotes the collar size.

The shirt is a larger size but it is important to remember that they are designed to be worn reasonably loose so as to allow movement etc. When laid flat it measures -

The shirt is in very good condition and does not appear to have seen much wear. It displays very well but does have some very light staining. Please study the pictures to satisfy yourself of the condition.

A nice original mid century shirt made from a lovely poplin cotton!