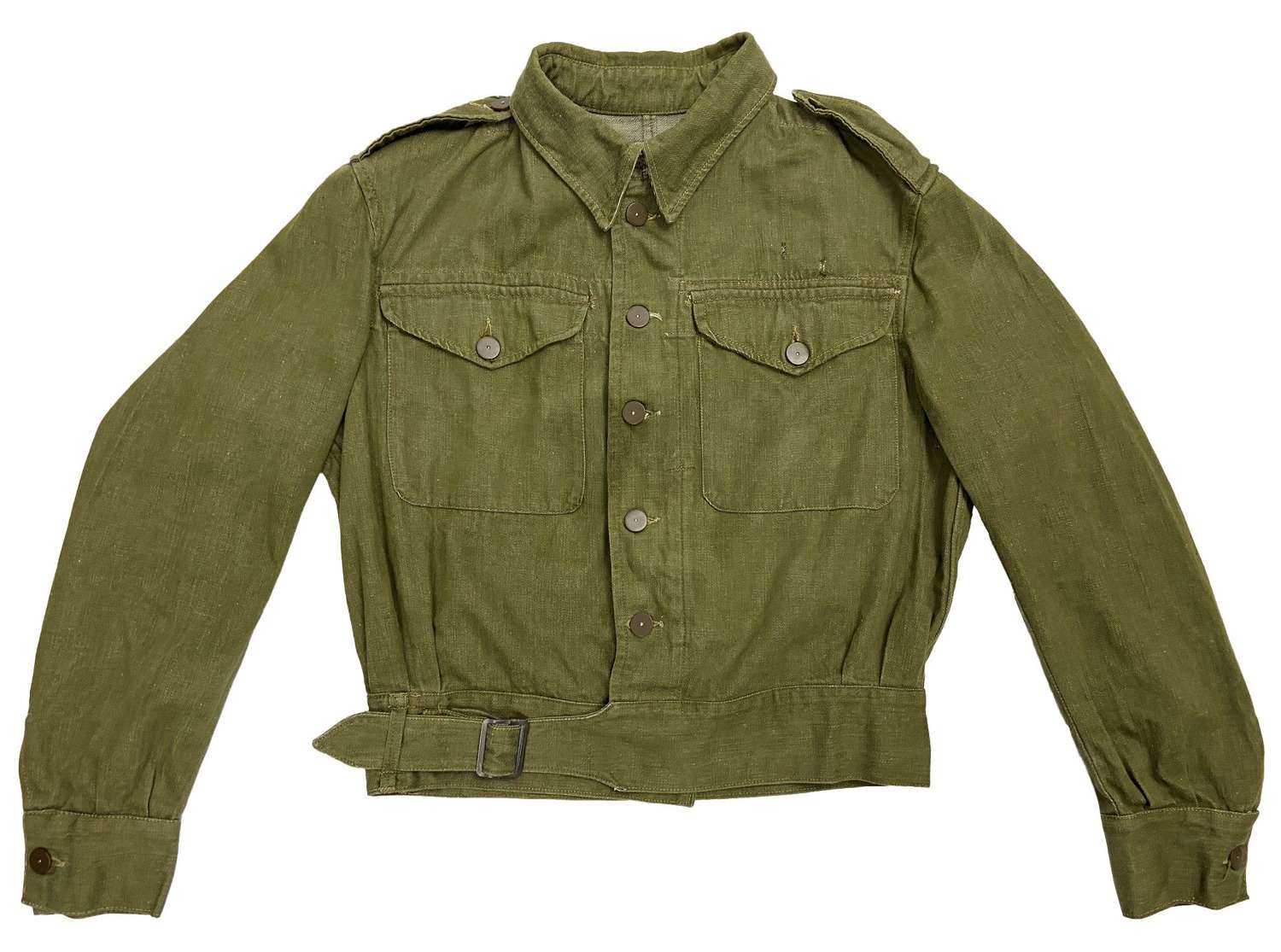 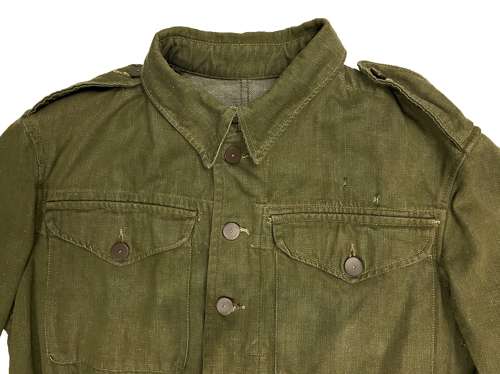 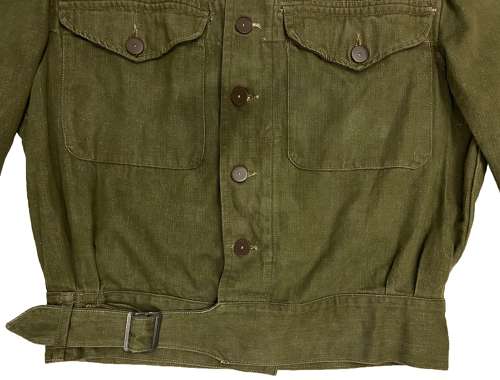 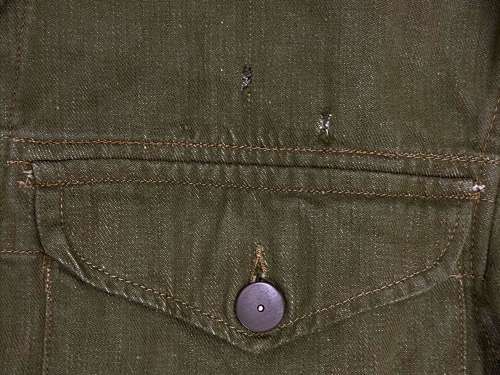 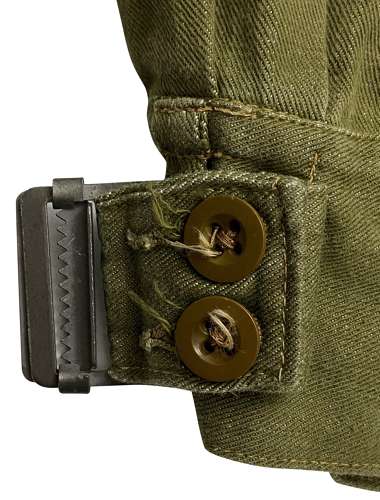 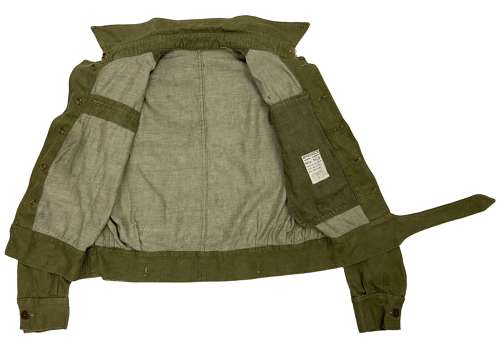 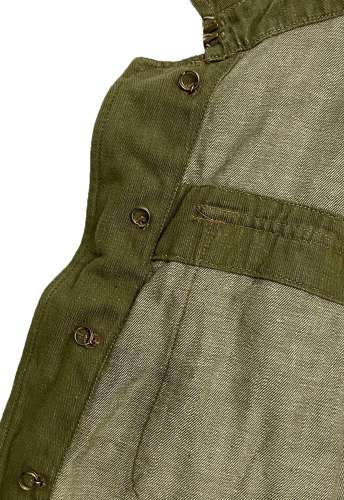 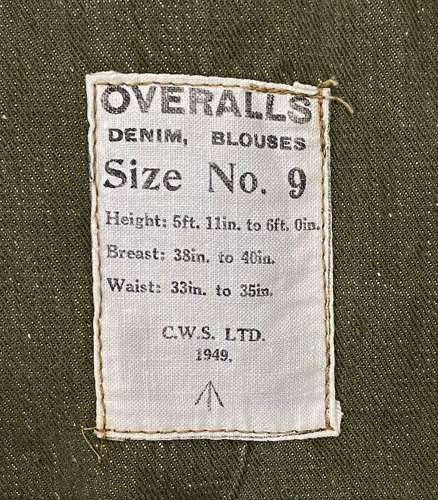 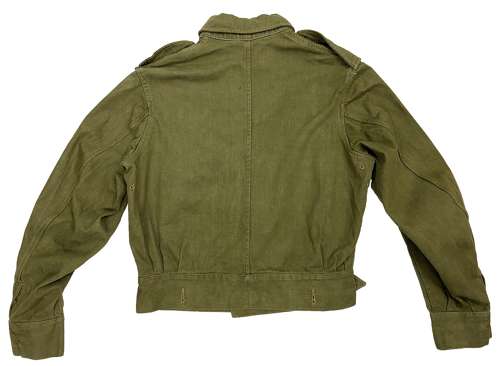 The jacket features the flat pattern of revolving shank buttons which were used on the first pattern jackets at the beginning of the war. They held on with period brass split rings to the reverse. The waist fastens with a steel buckle which is held onto the jacket with green plastic buttons.

Inside the jacket the original label is still present and states the manufacturer as 'C.W.S Ltd', which stands for Cooperative Works Society which is better known as the Co-op today. The size is marked as 9 which is designed to fit a 38-40" chest and a 33-35" waist. The 1949 date is also present as is the War Department broad arrow marking.

The jacket is in good condition and appears to have only seen limited wear and laundering. It displays very well but does have a couple of holes above the left breast pocket where something like a badge has been fitted previously. It is a vintage item so may have other small issues commensurate with age.