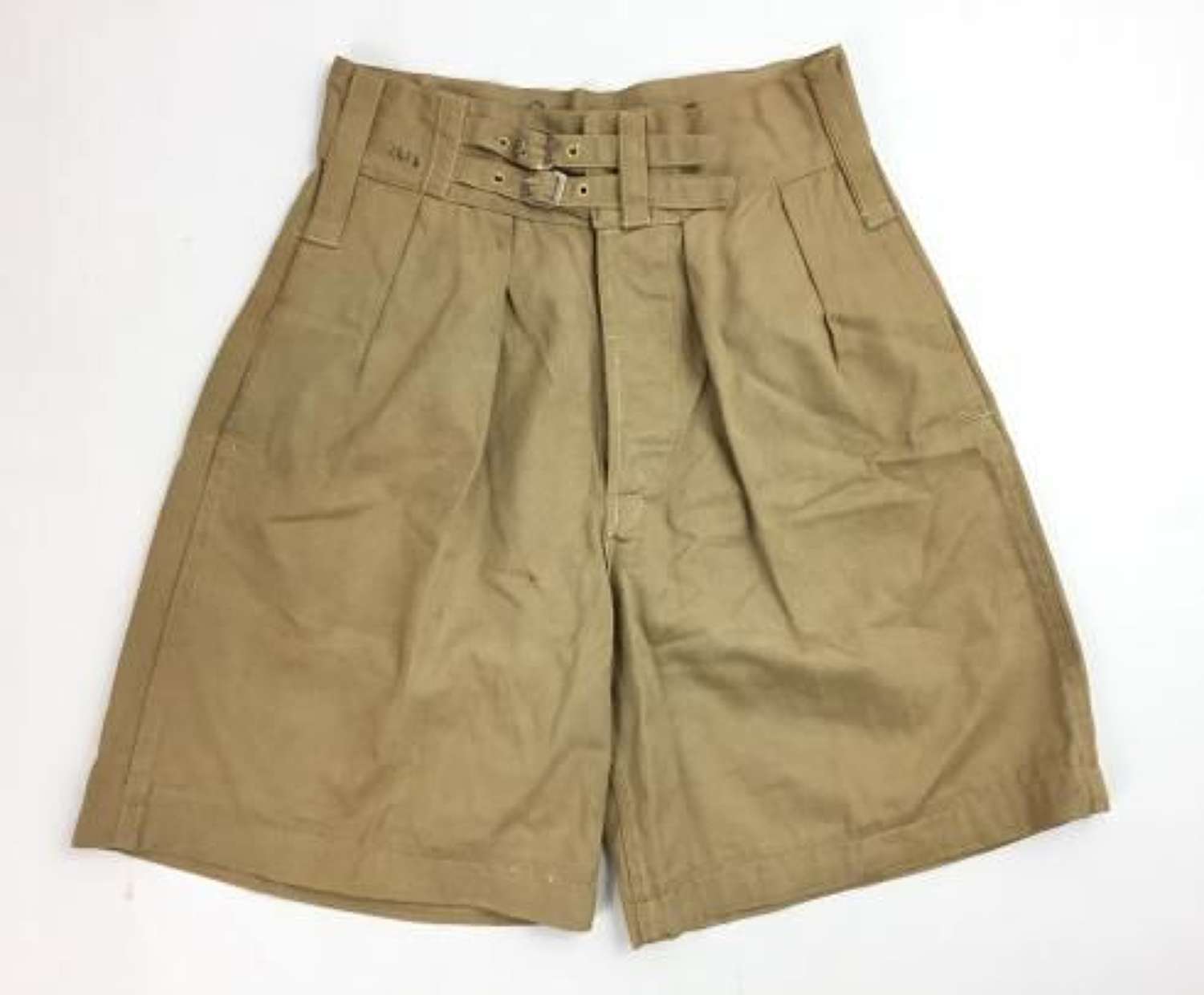 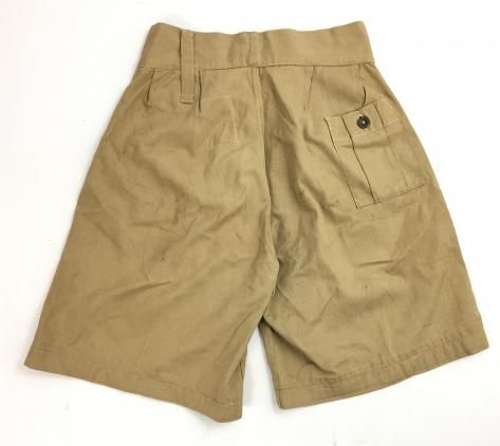 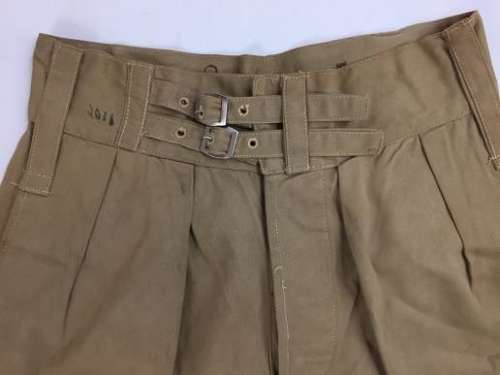 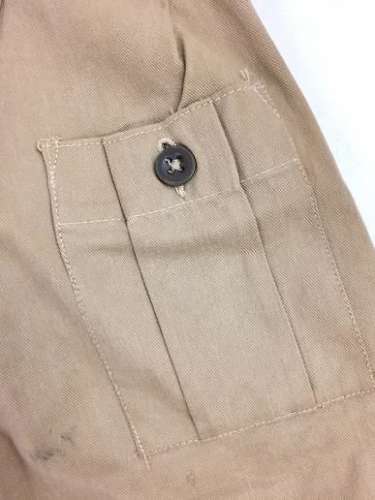 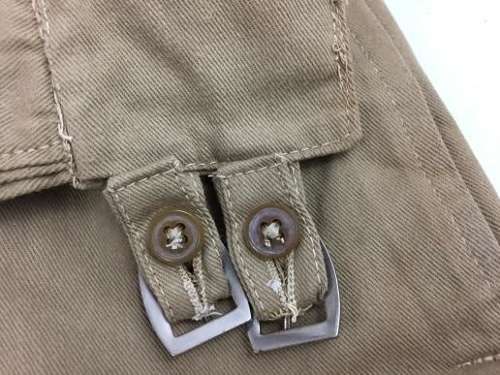 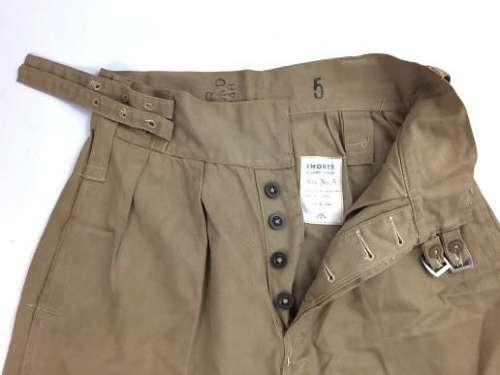 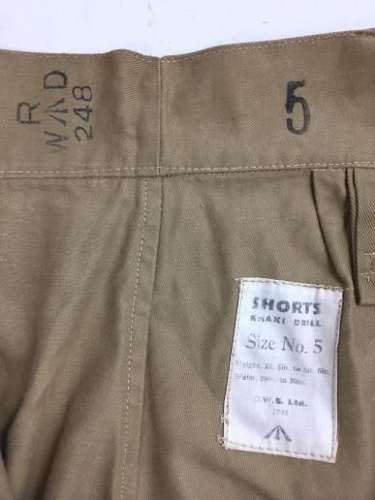 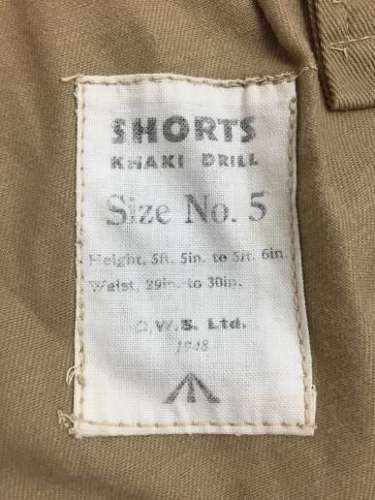 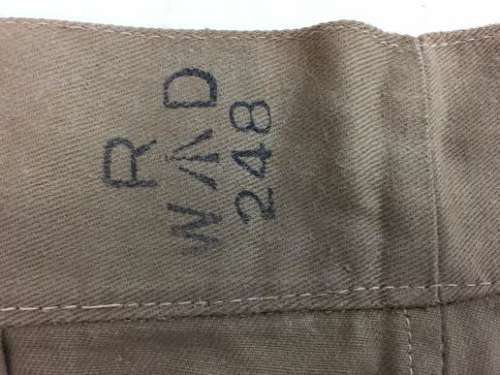 These shorts are one of the patterns which was introduced during the war and feature a First Field Dressing pocket to the rear and twin buckles and straps to the front to secure them. These shorts come complete with their original waist buckles which are so often missing from shorts that are offer for sale today.

This pattern of shorts was used by both the British Army, RAF and Royal Navy during WW2. This particular pair came with a war dated RAF bush jacket which I will be offering for sale on my website soon.

Inside the short retain their original label which states 'Shorts, Khaki Drill, Size No.5' which will fit up to a 30" waist. The makers name 'CWS Ltd', or the Co-op as we now call it, is also present as is the War Department broad arrow marker and 1948 date. Above the stamp is an ink number 5 which denotes the size stated on the label and to the left of this is the War Department issue stamp which is surmounted by an 'R' which is the correct letter for 1948.

The condition of the shorts is very good as can be seen in the pictures and they still have plenty of life left in them. There are some marks etc which are to be expected from a vintage item such as this which has been made in a light coloured fabric and worn. Overall however they display very well and are certainly still wearable.

Altogether a very nice and complete pair of British made short. Whilst not war dated the pattern is perfect for WW2 and would be ideal for a re-enactor or collector looking to fill a gap.