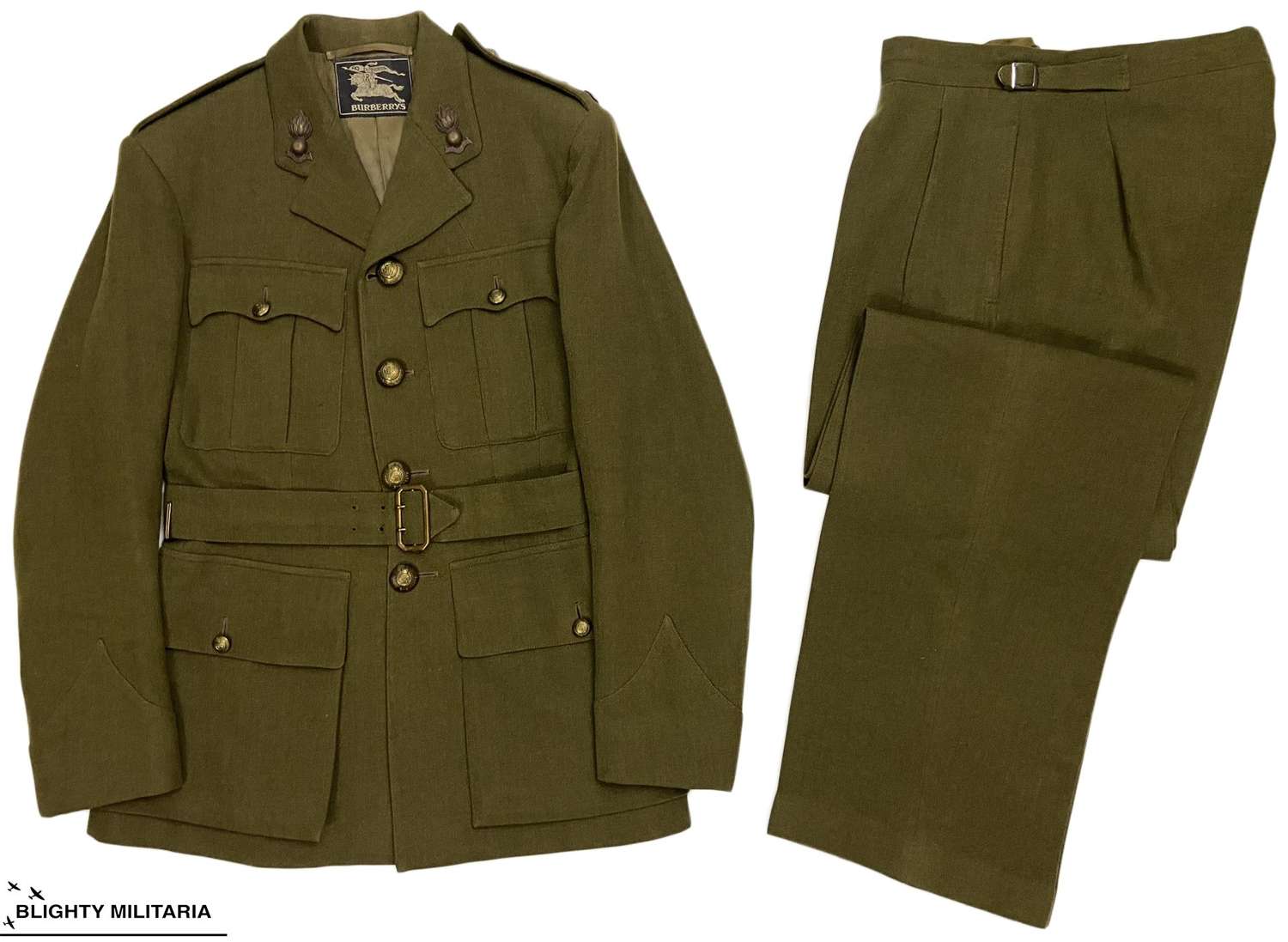 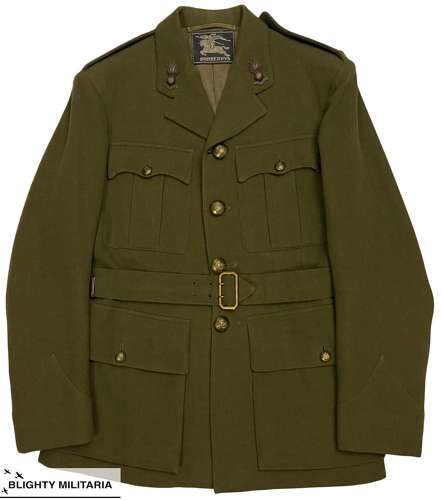 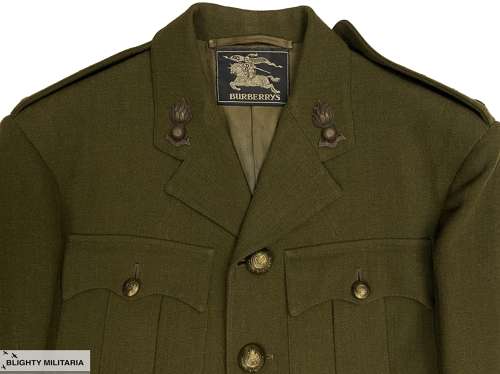 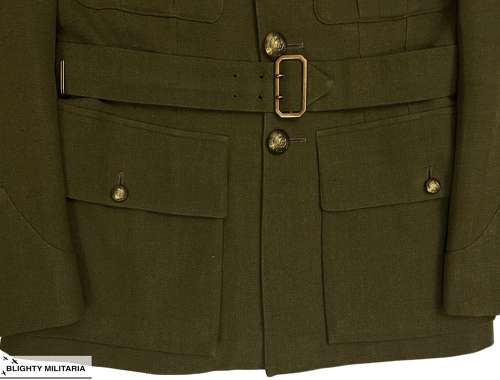 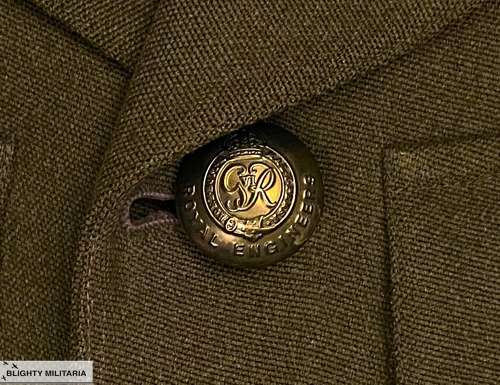 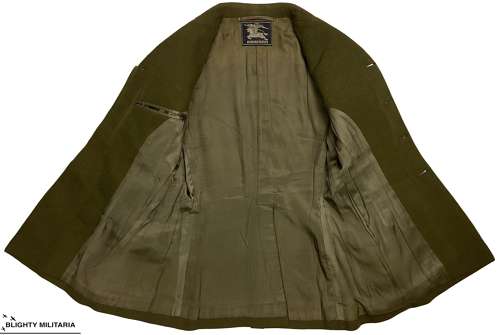 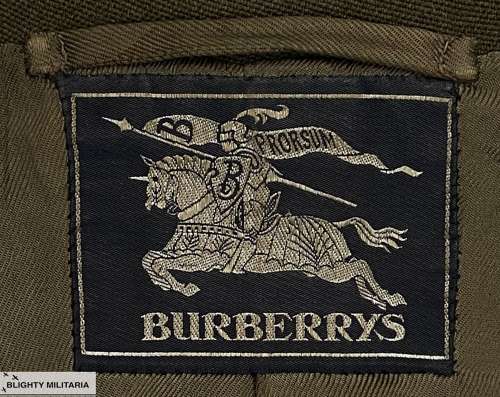 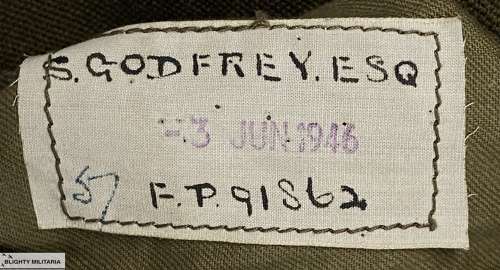 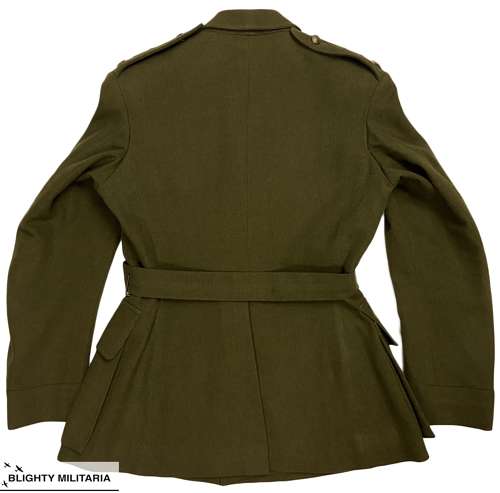 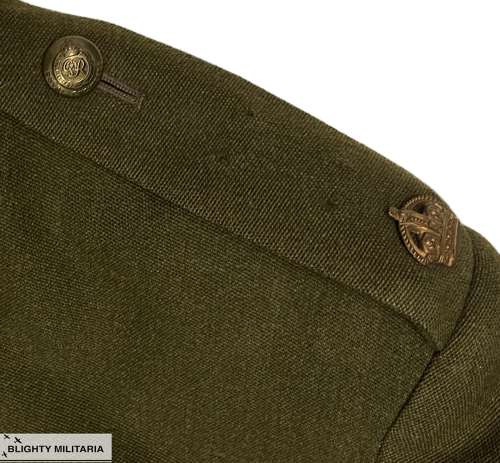 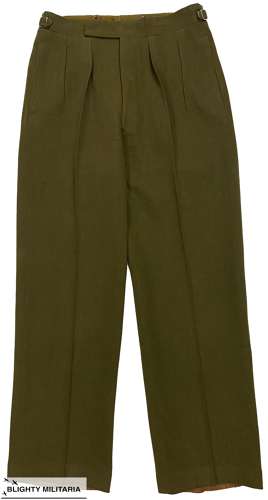 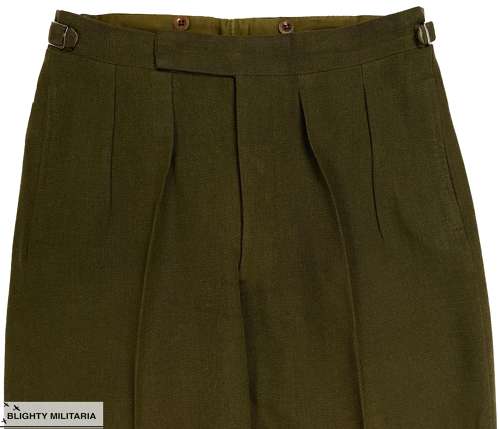 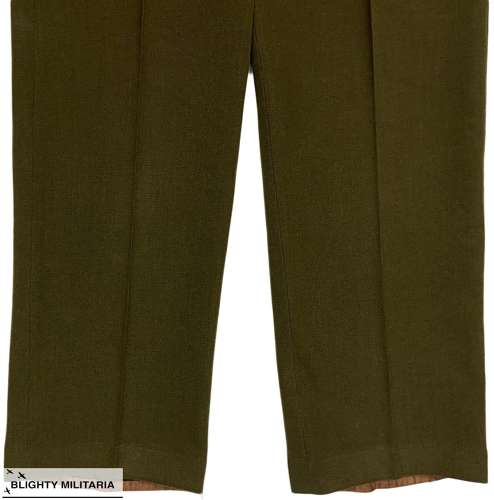 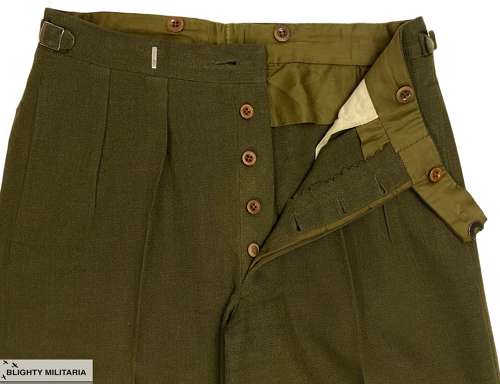 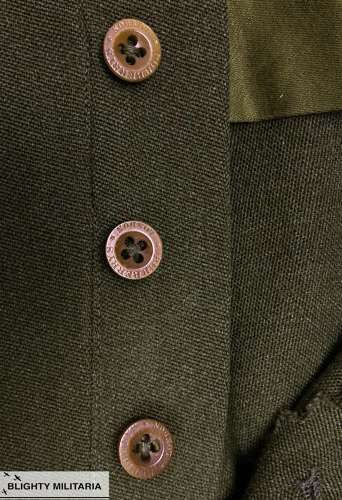 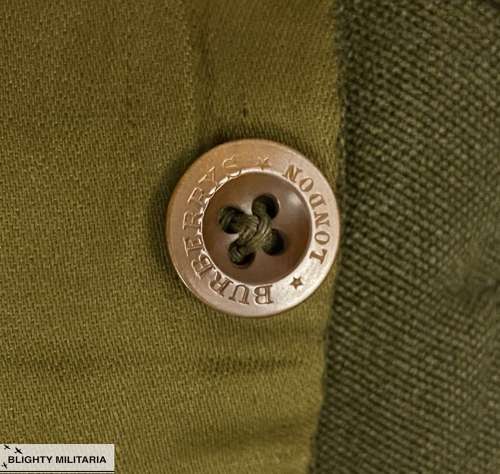 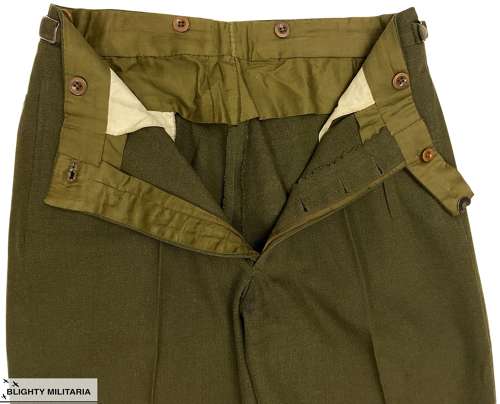 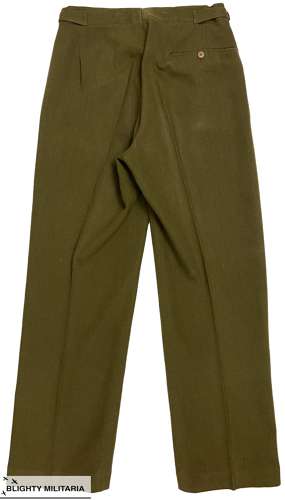 This pattern of tunic and trousers was used by British Army Officers for many years and still hasn't changed drastically to this day. This particular example dates from just after WW2 and could easily pass as a wartime set. It is made from a khaki green coloured barathea wool and features a rayon lining, both of which are typical of the period. The cut is also in keeping with the era being reasonably short in the body.

The jacket features a single Major's crown to each shoulder with evidence of where his Captain's rank was fitted previously. Officers' bronze Royal Engineers collar badges are also present to the collar and Brass king's crown Royal Engineers buttons are fitted throughout.

Inside the jacket the original maker's label is still present at the neck and it states the maker as 'Burberry's' and features the classic label the company used for many years. Inside the interior pocket there is another label which bears the owner's name and the 1946 date.

The tunic comes with its original matching trousers which are typical of the period featuring a high rise waist, twin pleats to  the front and slash pockets on the hips. A single buttoning rear pocket is present as are brace buttons which are fitted around the top edge of the inner waistband. The trousers fly fasten with buttons as is usual with British tailoring of this period and waist adjusters are present at the hips.

The set is a smaller size which will suit someone with a 36" chest and a 31" waist. When laid flat it measures -

Both the jacket and trousers are in very good condition as can be seen in the photographs. Overall the set displays well and is very wearable but is a vintage item so may have small issues commensurate with age.

A nice immediate post-war set in great shape. This would make a great addition to a collection or could suit a re-enactor.