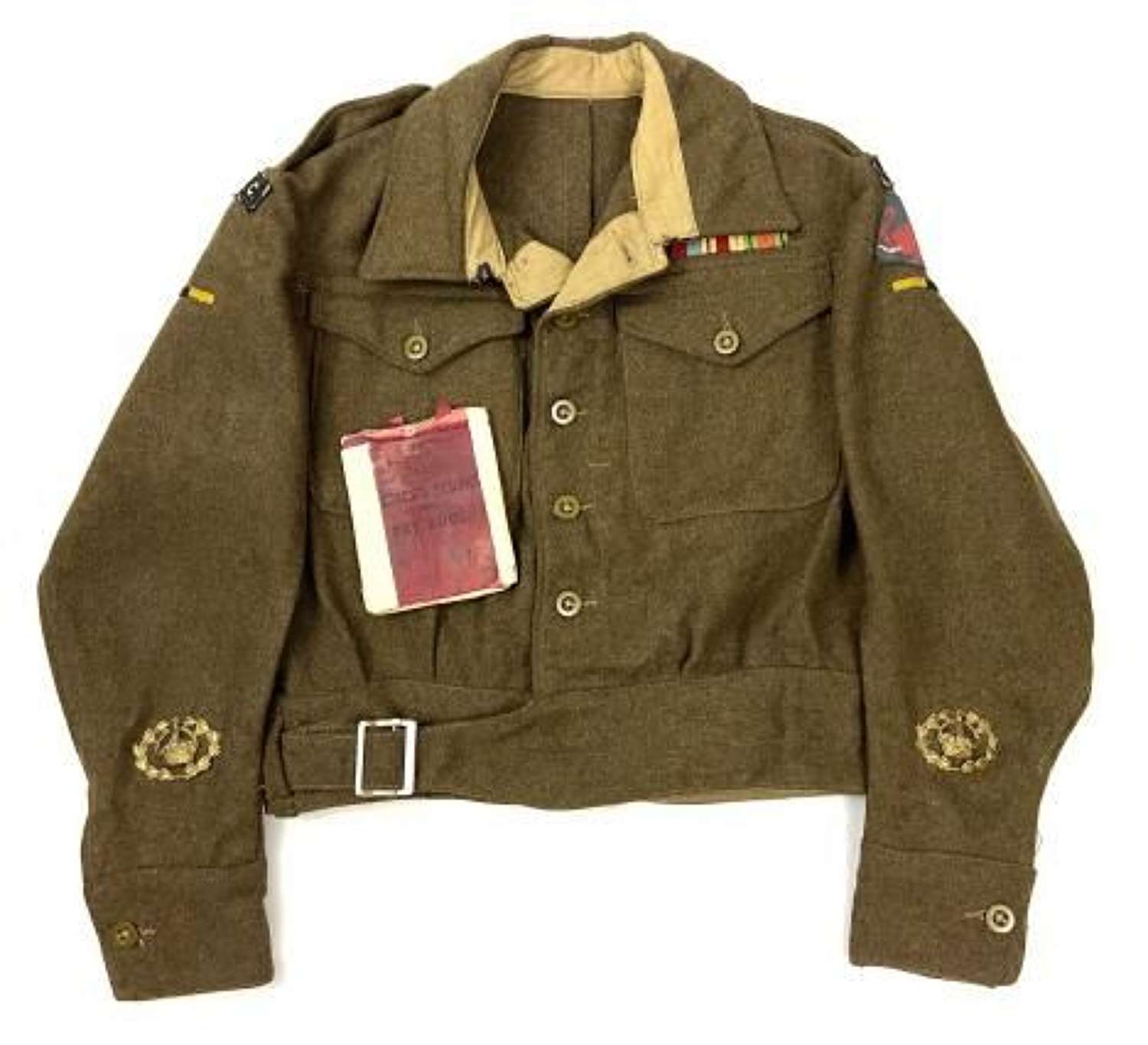 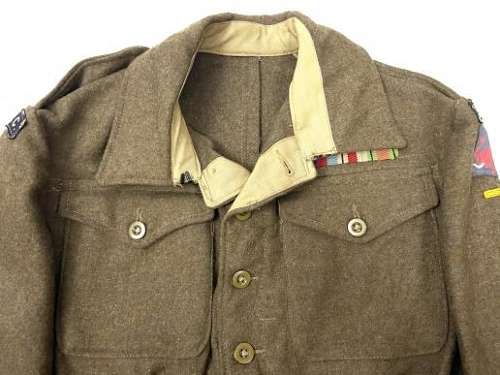 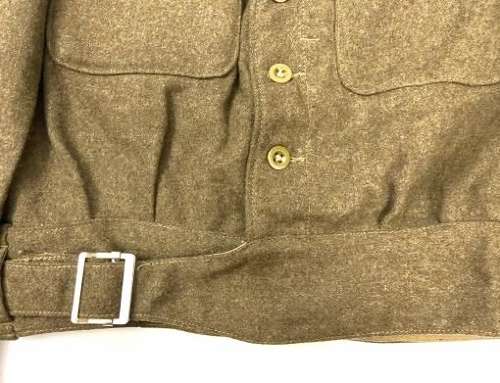 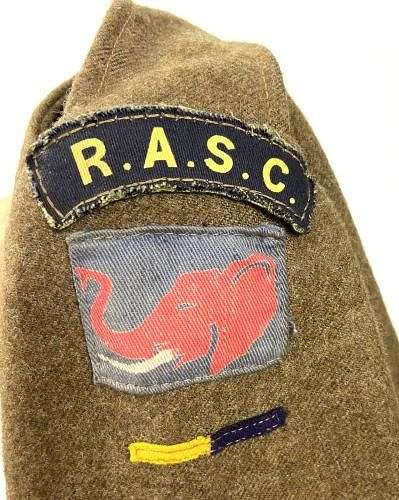 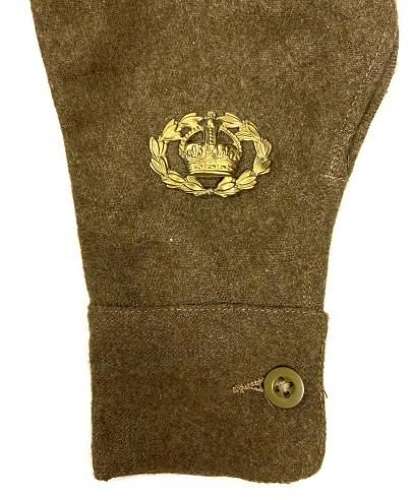 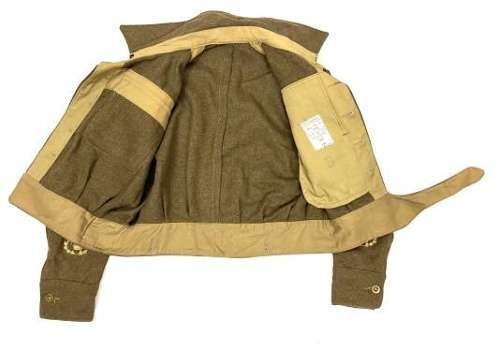 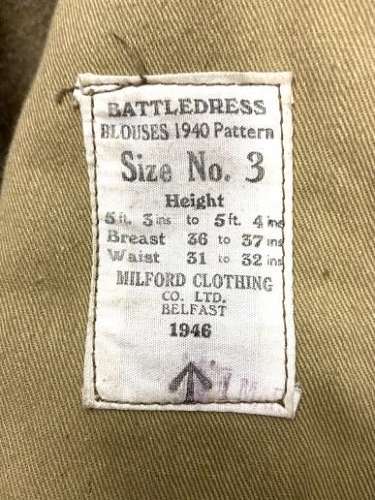 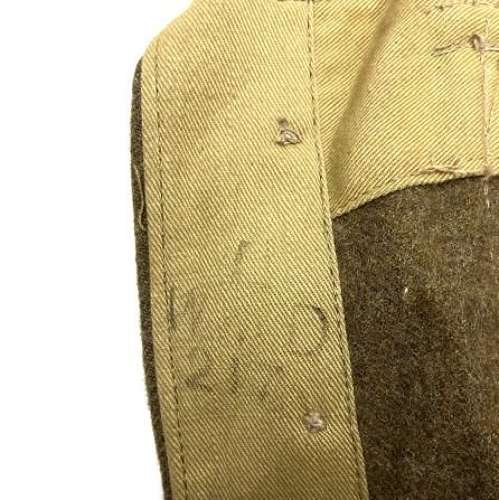 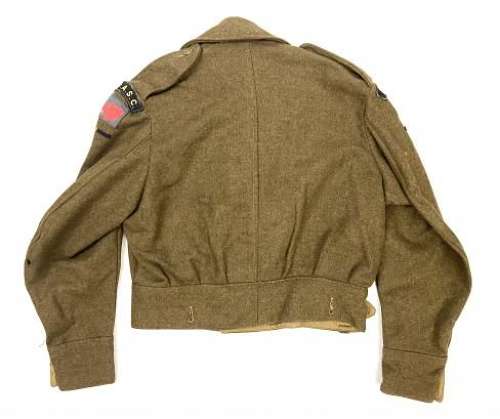 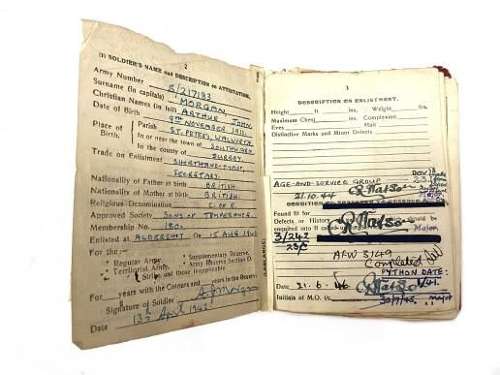 SOLD
A fantastic original uniform grouping to a Royal Army Service Corps Warrant Officer who served as part of Persia and Iraq Command during the Second World War.

These items belonged to Arthur John Morgan S/217183. Born in Southwark in 1911, Morgan joined the British Army in August 1940 before being shipped overseas in January 1941. He served in the Middle East for the entirety of the war as can be seen from the 'Python Date' marked in his A.B. 64. Python was the code name used for giving leave to those who had been serving overseas for 4 or more years without home leave. Morgan served as part of Persia and Iraq command, or PAIFORCE as it was know. This word appears a number of times in his pay book and ties in directly with the insignia on the blouse.

The jacket itself is a typical 1940 Pattern (Austerity) example which was made in 1946 by 'Milford Clothing Co. Ltd' of Belfast. It retains its original insignia including economy printed R.A.S.C shoulder titles, a printed Persia and India Command formation flash and yellow and blue RASC arm of service stripes. These have been fitted in a tight, high-up style as was popular during this period. Brass warrant officer badges are fitted towards the bottom of each sleeve and ideal ribbons are found above the left breast pocket and include the 39-45 Star, Africa Star and the Defence Medal.

Inside the blouse the original label is still present and is bright and legible. It states the size as No. 3 whilst the date is marked as 1946. The War Department broad arrowing marking is also present to the bottom of the label. As well as this there is a War Department acceptance stamp which is surmounted by the letter L.

The jacket is in nice condition and displays very well. It was clearly issued to Morgan around the time of his leave and was clearly a 'best' jacket which only saw limited wear and use. It does however have a few small moth nips to the rear although these are only really noticeable on close inspection and a hole to the rear of the left sleeve around the elbow.

The pay book is a very worn example, as original used ones tend to be. It is also a replacement as the original was lost in 1942. It features a plethora of interesting information relating to Morgan's career and definitely could be used for further research.

A unique and very original battledress grouping to a rare formation, undoubtedly missing from many collections. Whilst now perhaps a rather forgotten part of the Second World War, it is certainly a fascinating one which has had far reaching consequences to this day.