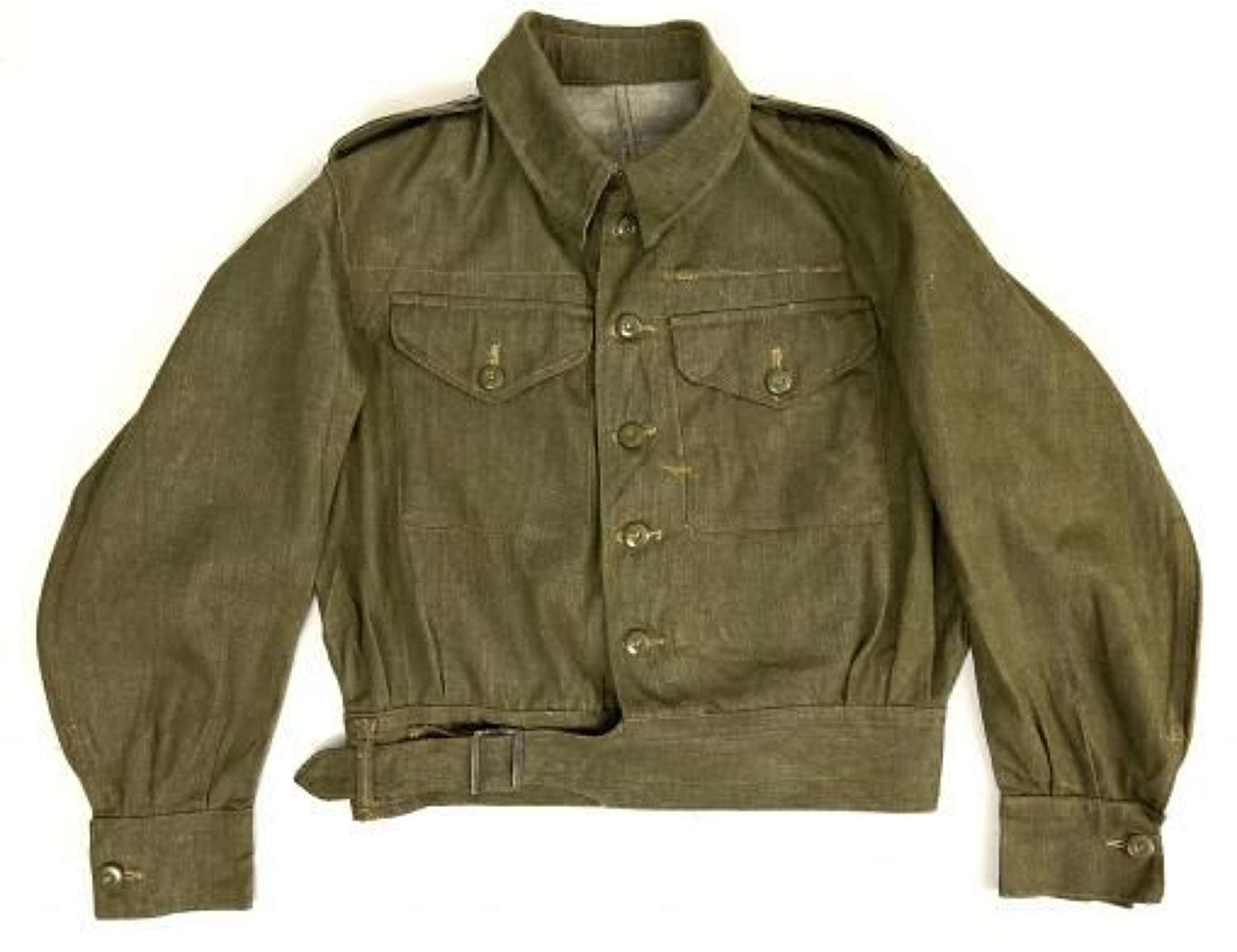 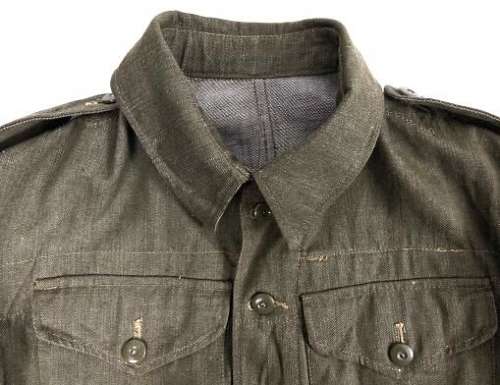 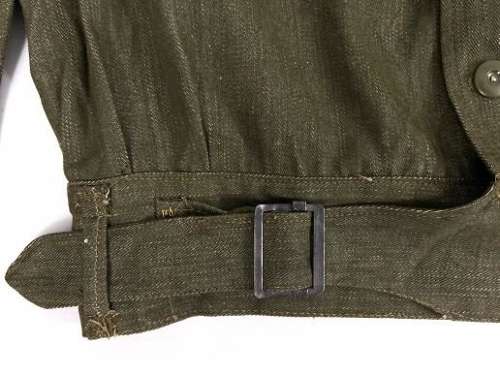 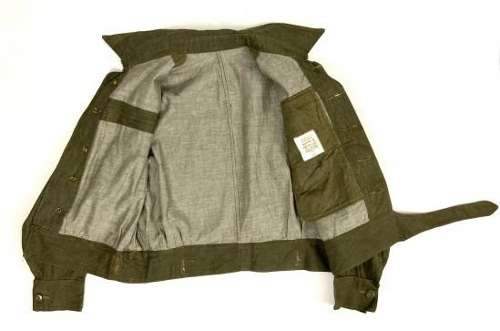 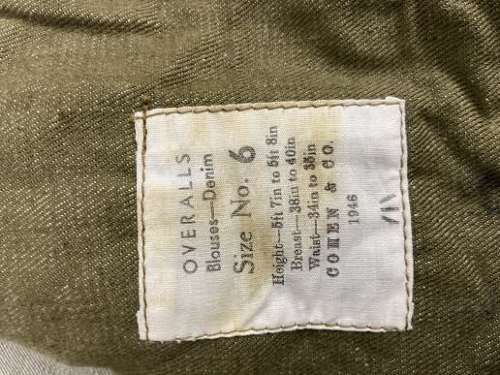 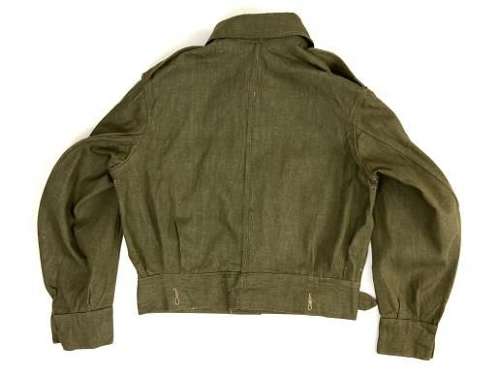 Being just post-war dated the jacket is identical to wartime manufactured examples. It features revolving shank buttons which are attached with brass split rings and a steel waist buckle.

Inside the jacket still retains its original issue label which is bright and legible. This is uncommon to find with original denim items as they are usually washed out. The label states 'Overalls Denim Blouse, Size No.6' as well as the 1946 date and the War department broad arrow marking.

The jacket is in extremely good condition and appears to be un-issued. It shows no signs of previous wear or use and displays extremely well.

A very nice example which would be hard to better. Ideal for both the collector and re-enactor!