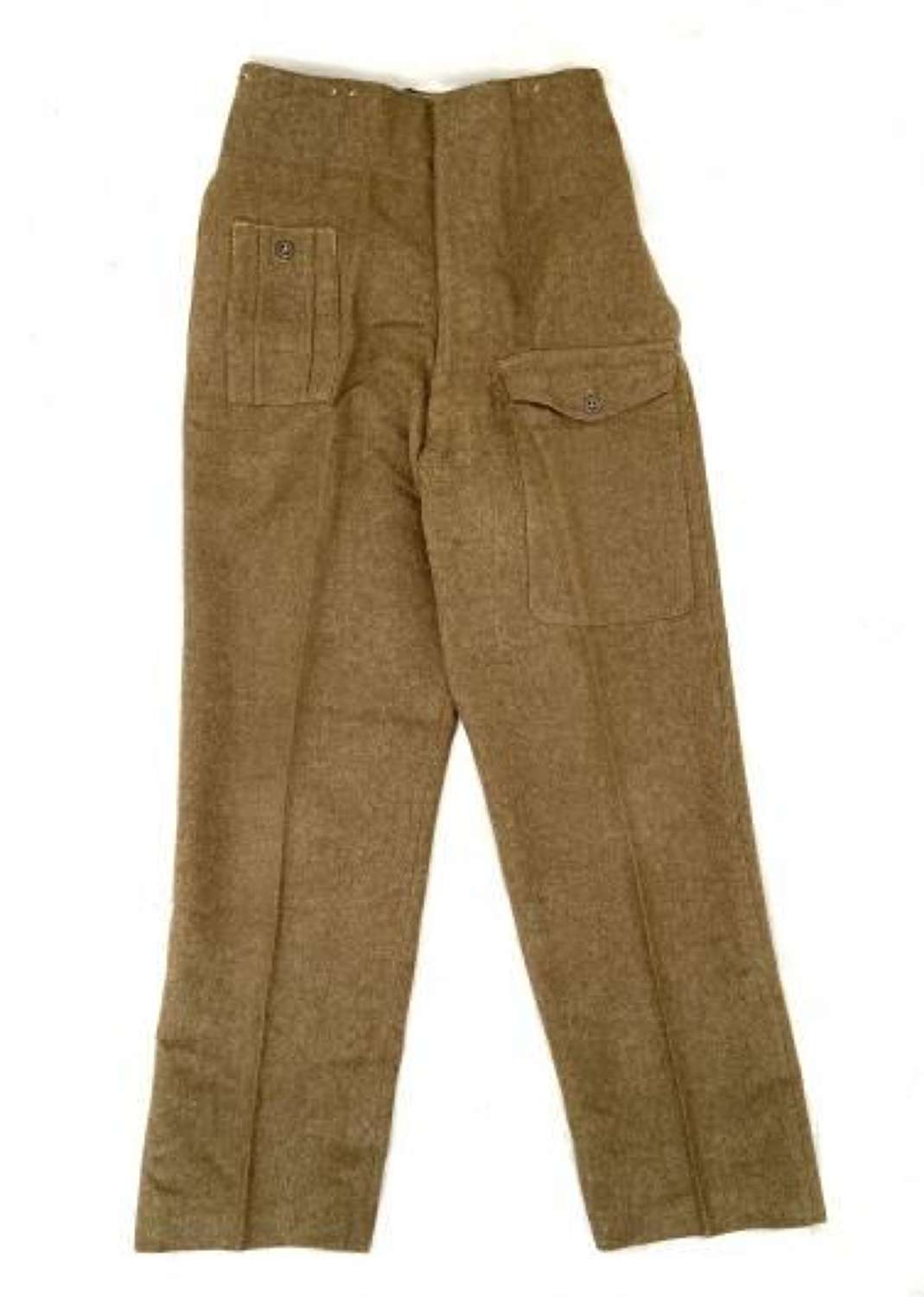 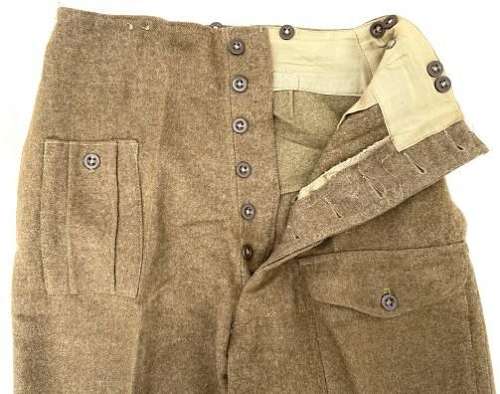 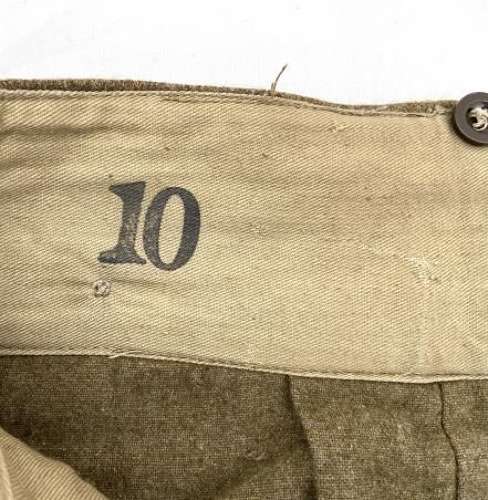 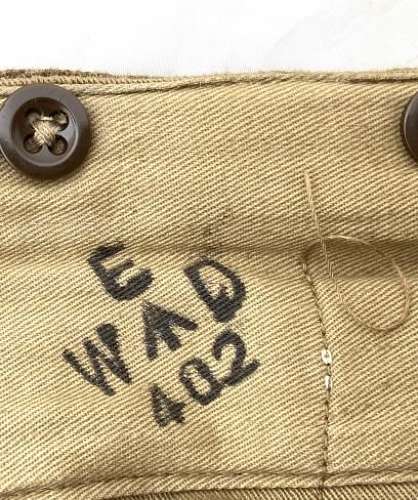 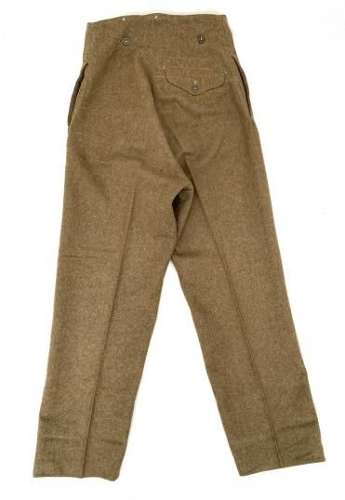 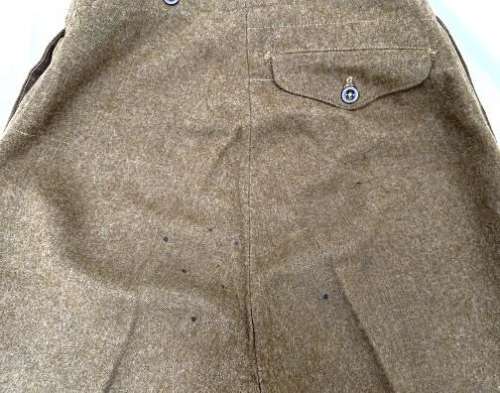 An original pair of 1940 Pattern (Austerity) Battledress trousers dated 1946 and in great condition.

This pattern of trousers came into issue in 1942 replacing the earlier 1940 pattern. These are an austerity pattern which don't feature belt loops, covered pockets or tabs to the bottom of the legs as the earlier patterns did. They are fitted with chocolate brown buttons which are often associated with early manufacture items and give the trousers an earlier look.

This particular example no longer retains its original factory label but does still bare the War Department WD stamp to the interior. This features the War Department broad arrow marking which is surmounted by the letter 'E' which denotes 1946 as the year of issue.

The number '10' is also stamped inside the trousers which denotes the size. When laid flat they measure at 16" across the waist and have a 31" inside leg.

The trousers are in excellent condition as can be seen in the pictures. They show little to no sign of use or wear with the nap of the serge still being fluffy, as they would have been when new. The only flaw is some dark spots to the seat of the trousers as detailed in the photos. Aside from this they display extremely well.

Altogether a very nice pair of WW2 period austerity pattern trousers which would make an excellent addition to any collection or could suit a re-enactor.