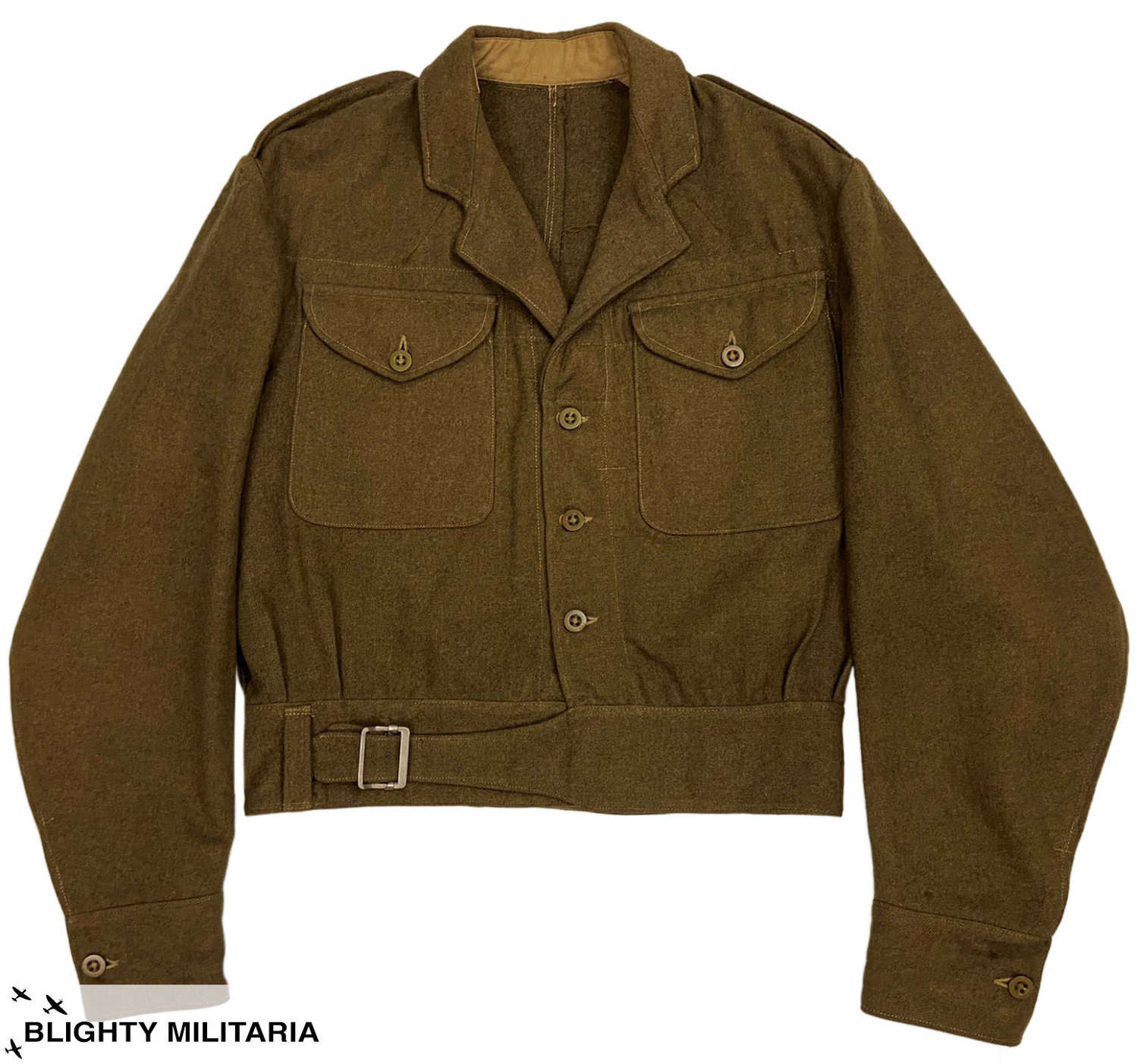 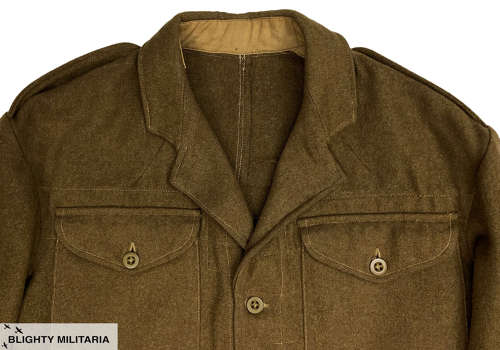 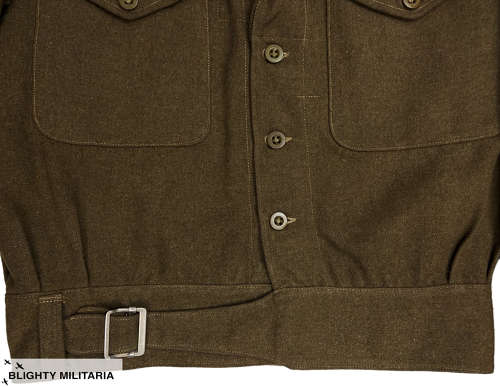 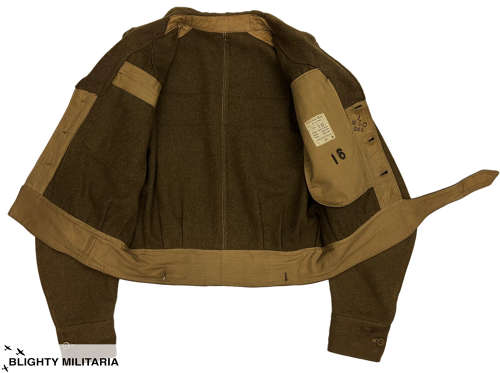 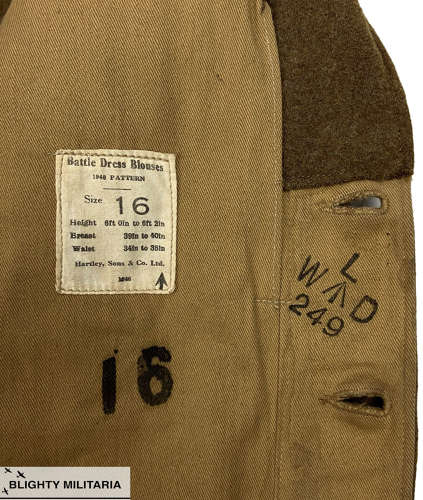 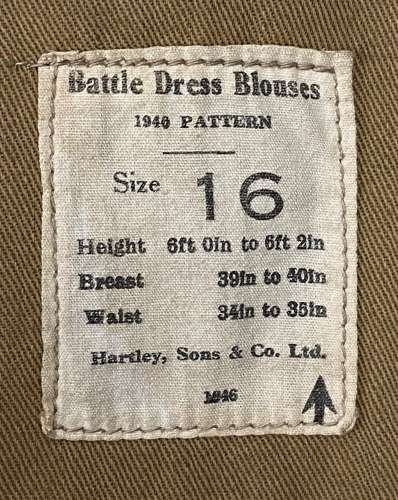 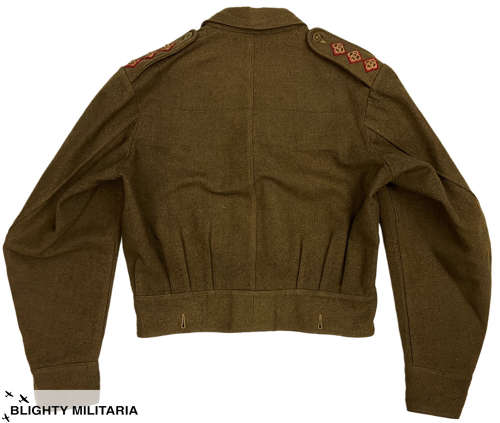 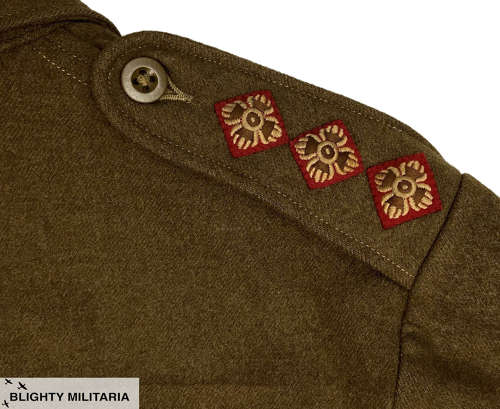 This pattern of jacket was introduced in 1942 and was issued on a large scale throughout the rest of the Second World War and into the immediate post-war period. This example belonged to a captain who has had the collar altered to an 'open faced' notched  layout. This conversion was very popular in the late war and early post-war period, especially with officers. The jacket is fitted with green vegetable ivory (plastic) buttons and a plated metal waist belt buckle, both of which are common features to find on Battledress dating from this period. The epaulettes are both fitted with three rank stars which are backed in red.

Inside the jacket the original label is still present and bears the maker's name of Hartley, Sons & Co Ltd along with the size of 16 which was one of the largest produced. The 1946 date is also present as is the War Department broad arrow marking. As well as this there is a War Department acceptance stamp which is surmounted by the letter 'L' which denotes 1946 as the year of issue.

The jacket is in very good condition as can be seen in the photographs. It is still very fresh with only limited signs of wear or use and it displays well. It is a vintage, pre-owned jacket however so may have small issues commensurate with age.

A nice original battledress jacket with a typical period conversion to the collar.