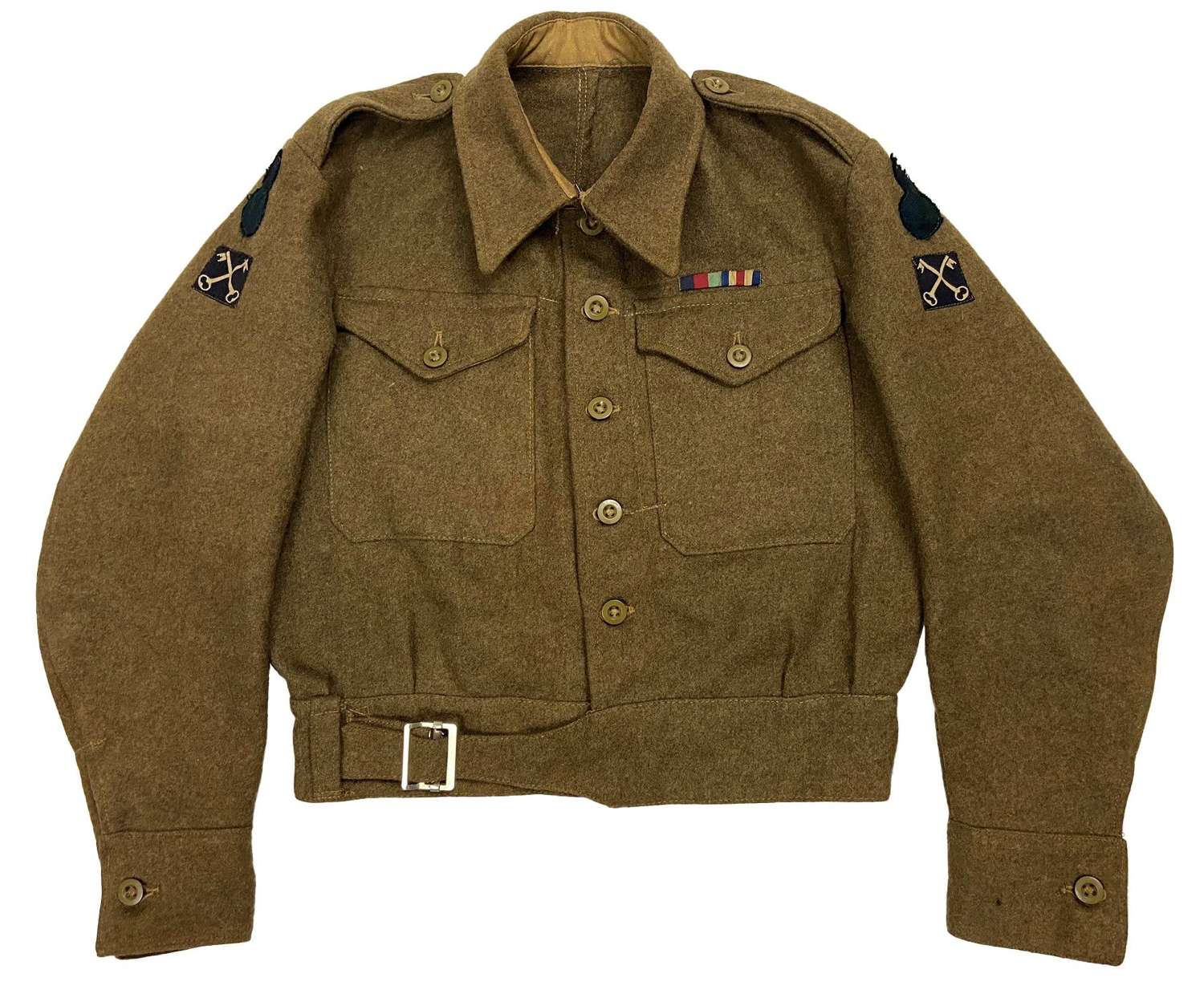 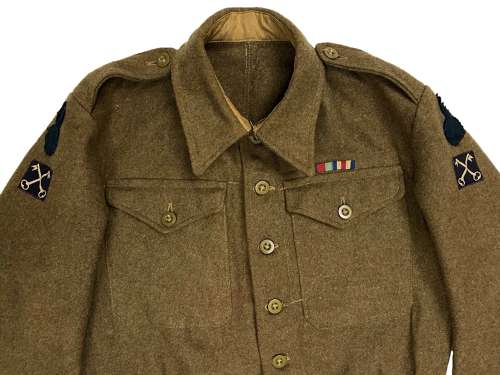 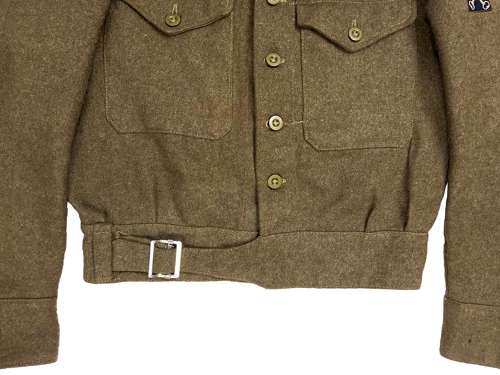 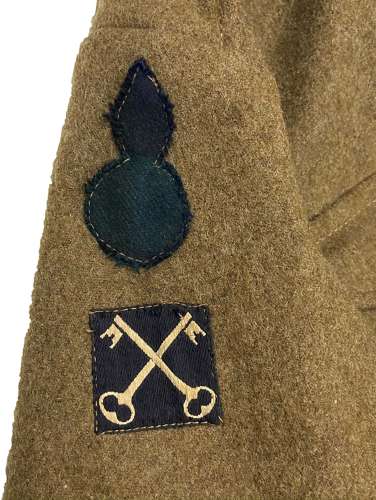 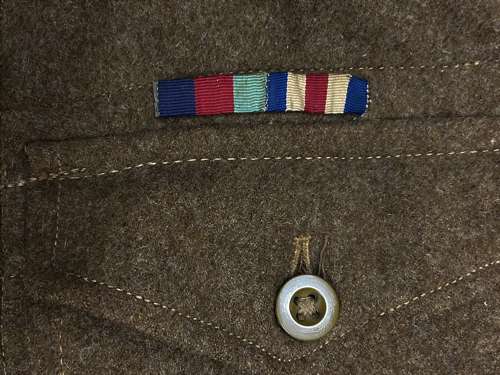 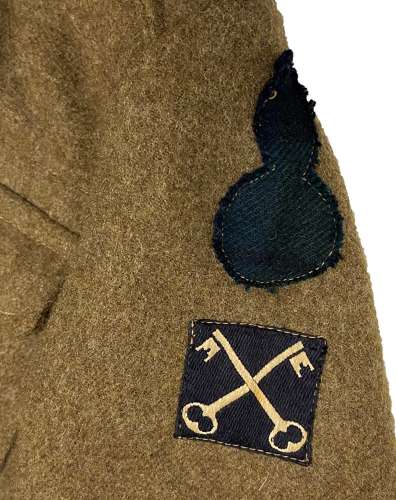 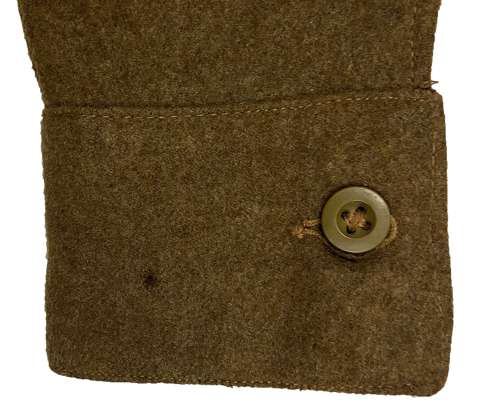 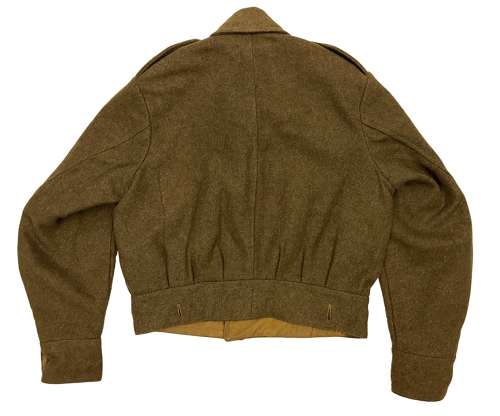 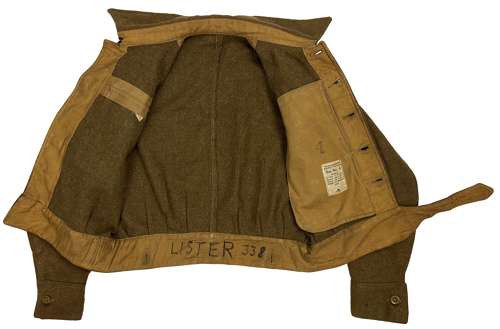 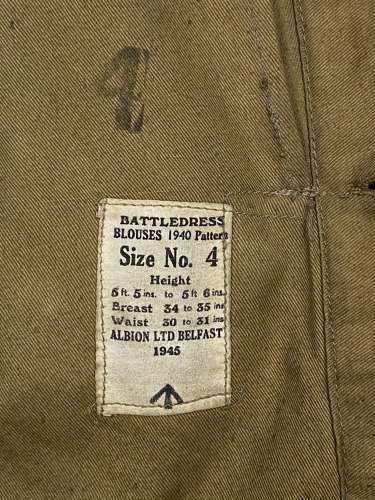 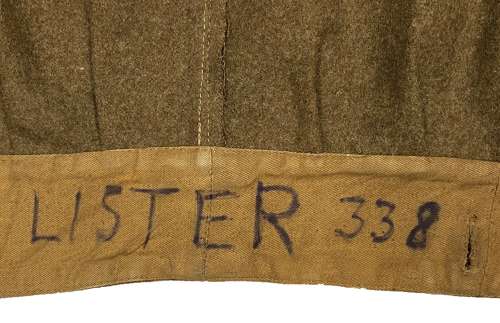 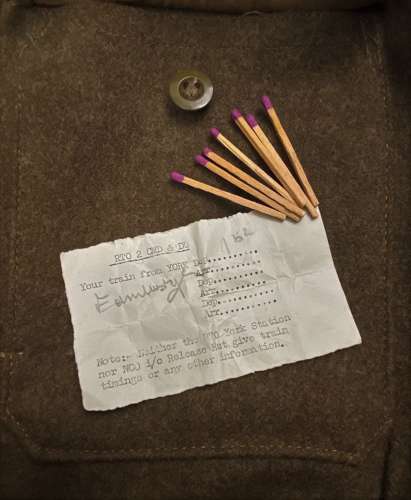 The jacket is a standard 1940 Pattern (Austerity) example made by 'Albion Ltd' of Belfast in 1945. To the top of each sleeve is the RSF Tartan patch below which is the 2nd Infantry Division crossed keys divisional flash. To the chest are two medal ribbons which is typical of the arrangements seen at the end of the Second World War. They consist of the 1939-45 star and the France and Germany Star.

Inside the left breast pocket a couple of items were found including a selection of matches and a train warrant for York station.  The original owner has marked his name to the waistband which reads 'Lister 338' which may offer the opportunity for further research.

The jacket is in good condition for its age with some signs of service wear and age. Overall it displays very well but it does have a couple of small moth holes including one to the cuff which is detailed in the pictures.

A nice original Battledress Blouse with some great original insignia. This would make a nice addition to any Battledress collection!