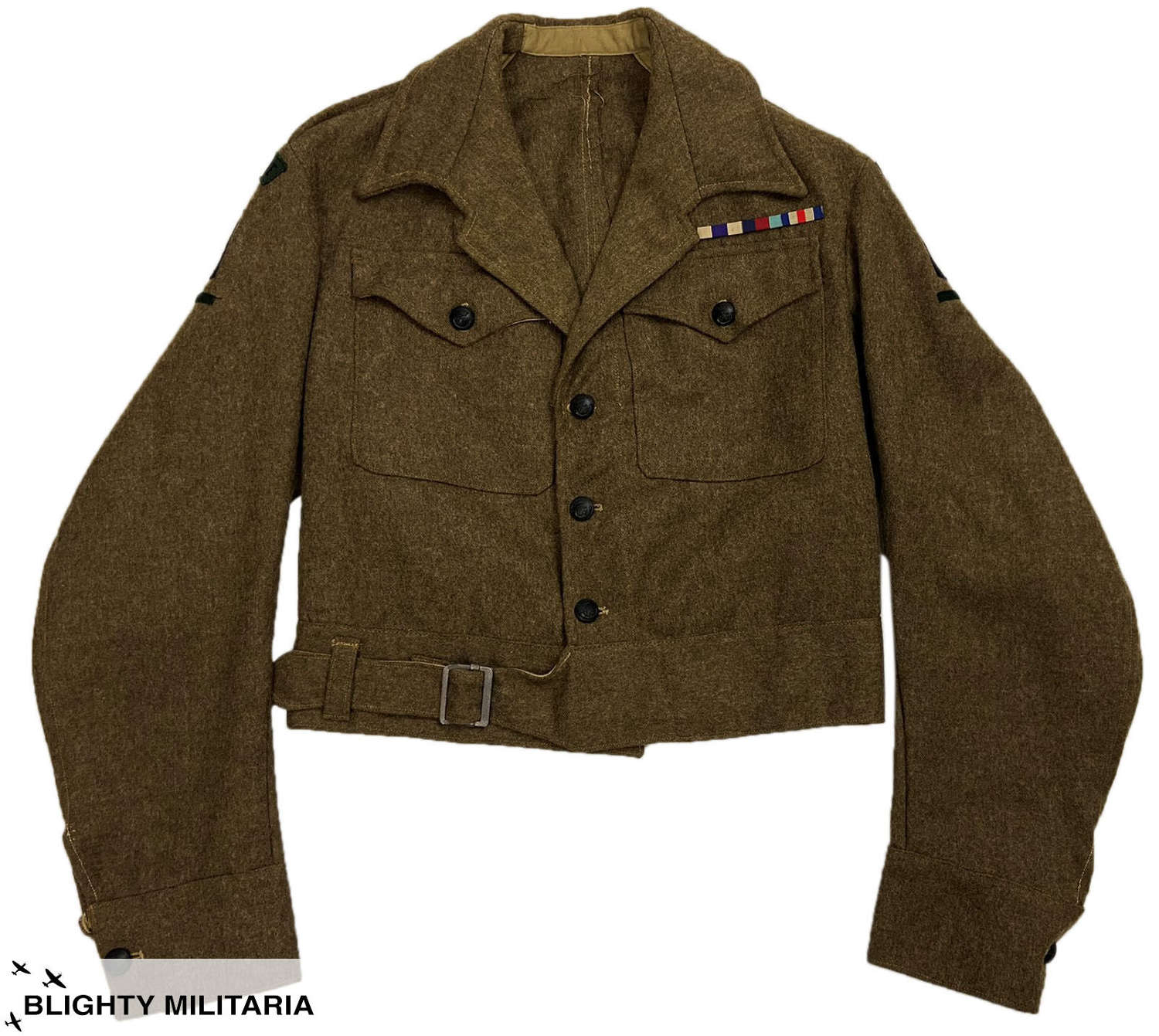 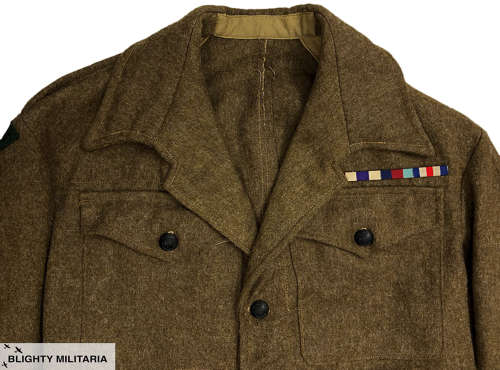 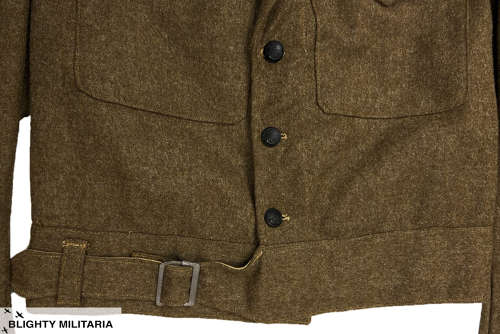 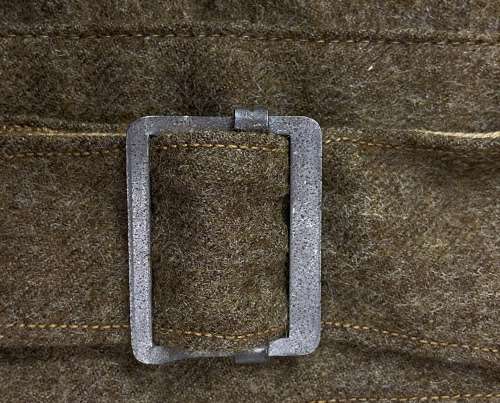 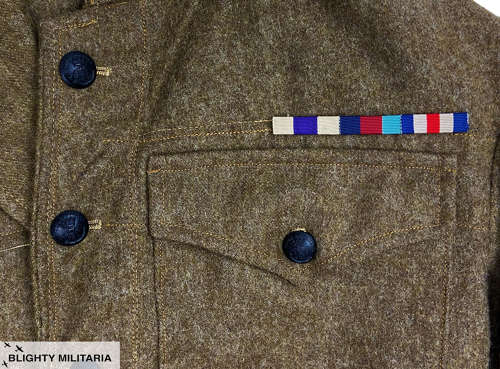 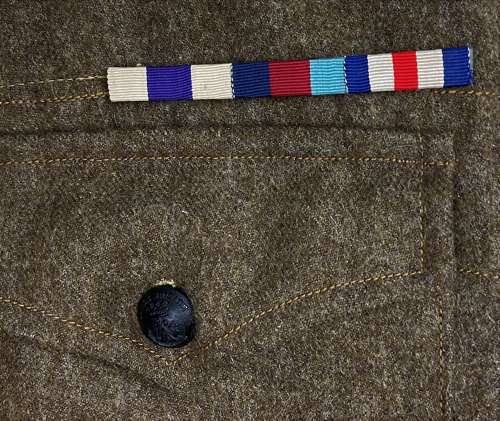 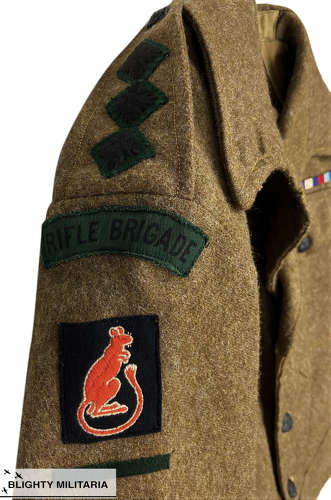 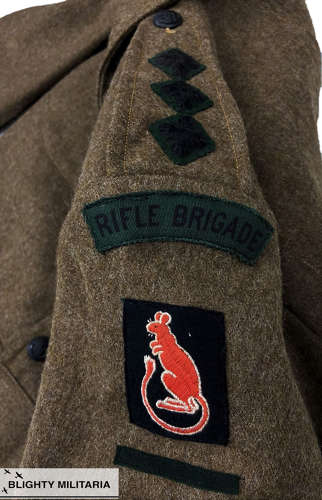 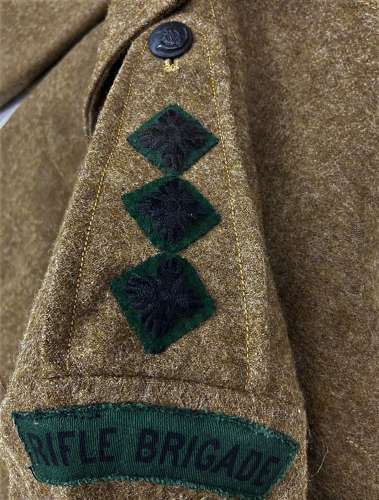 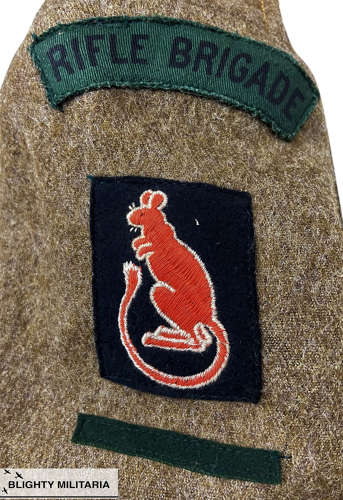 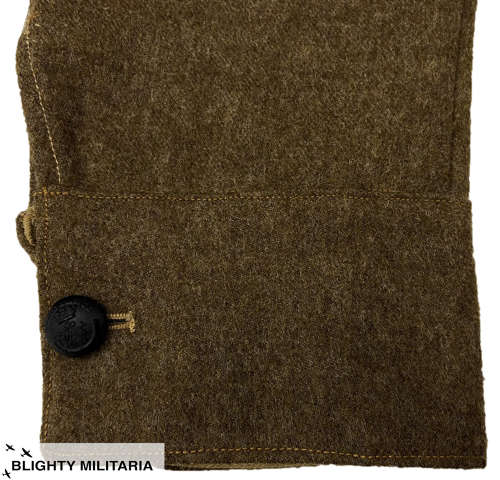 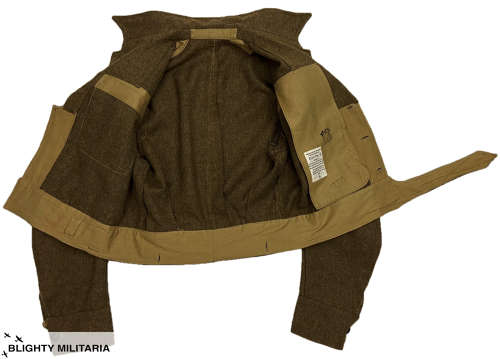 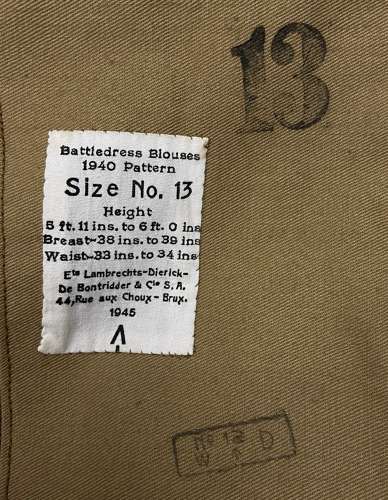 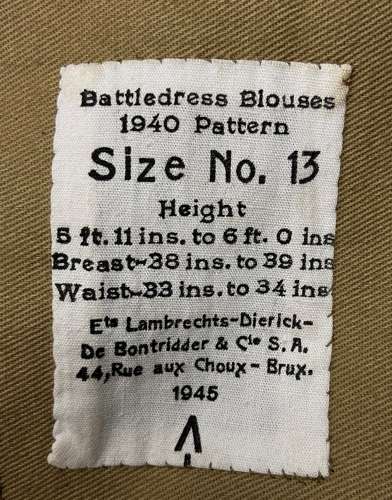 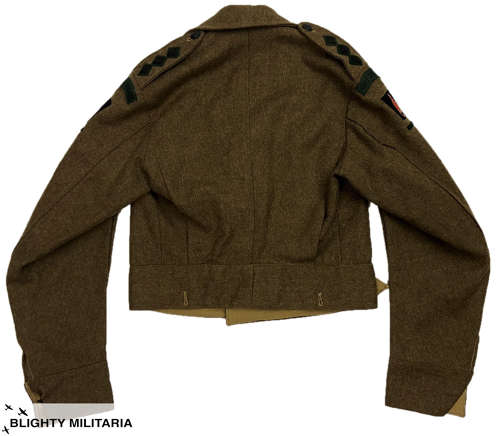 A stunning original 1945 dated British Army 1940 Pattern (Austerity) Battledress Blouse to a Military Cross winner who served with the Rifle Brigade in North West Europe during 1944-45.

Whilst the jacket is not named, there was only one officer of the 1st Battalion Rifle Brigade who only served in North West Europe to receive a Military Cross. Captain Christopher Francis Milner 137436 was commissioned in June of 1940 and stayed with the regiment until the end of 1945. It is unclear from his records why he did not see service overseas before June of 1944 but the records indicate that he landed with the 1st battalion on D-Day +2 and was later wounded on the 20th of June. He was back with the battalion by early 1945 and was awarded his Military Cross for action at Stadtlohn on the 30th of March 1945 whilst serving as a temporary Major commanding A Company. Facing two battalions of 857th Grenadier Regiment, the report describes how Milner single handedly coordinated the attack in failing light. It was not possible to get tanks in support but Milner did succeed in getting 4 carriers across, one of which was knocked out by the Germans. Under heavy small arms fire Milner managed to take not only the first house but a number of others in the failing light. He then managed to hold the position throughout the night against German counter attack.

The jacket was clearly acquired by Milner at the end of the war and was professionally and extensively tailored. It started life as a standard 1940 Pattern (Austerity) Battledress blouse which was made in Brussels in 1945. Many uniform items were made in factories liberated by Allied forces and were issued to frontline troops serving in North West Europe as the supply lines were shorter. The jacket features printed 'Rifle Brigade' shoulder titles to the top of each sleeve below which is the 7th Armoured formation badge and a single arm of service strip. Three green and black rifles pattern rank stars are fitted to each epaulette and black Rifle Brigade buttons are fitted throughout. Three medal ribbons are fitted above the left breast pocket including the Military Cross and the France and Germany Star. The fact that the Defence Medal ribbon is not present suggests the jacket was tailored and worn prior to August 1945 when that award began to be worn.

The jacket has been 'faced' with a similar khaki serge material, as was commonly done for officers in 1944 and 1945. What is crucial to the originality of the jacket is that the uppermost two front buttons which are hidden by the 'facing' are held in place with brass split rings which are in between the two layers of cloth and cannot be accessed. This means the buttons were fitted whilst the tunic was being tailored and they could not have been fitted at a later point. Another nice feature is the rough casting of the waist belt buckle which is specific to battledress made in Belgium.

Inside the jacket the original label is still present and is bright and legible. The font is typical of that used on Belgian made battledress and the size is marked as 13. The 1945 date is also present as is the War Department broad arrow.

The jacket is in excellent condition as can be seen in the pictures. It is a very clean example which shows only very limited signs of age or wear. It was clearly intended as a 'best' jacket and was well looked after.

A truly fantastic original battledress which would undoubtedly make an awesome addition to any collection!