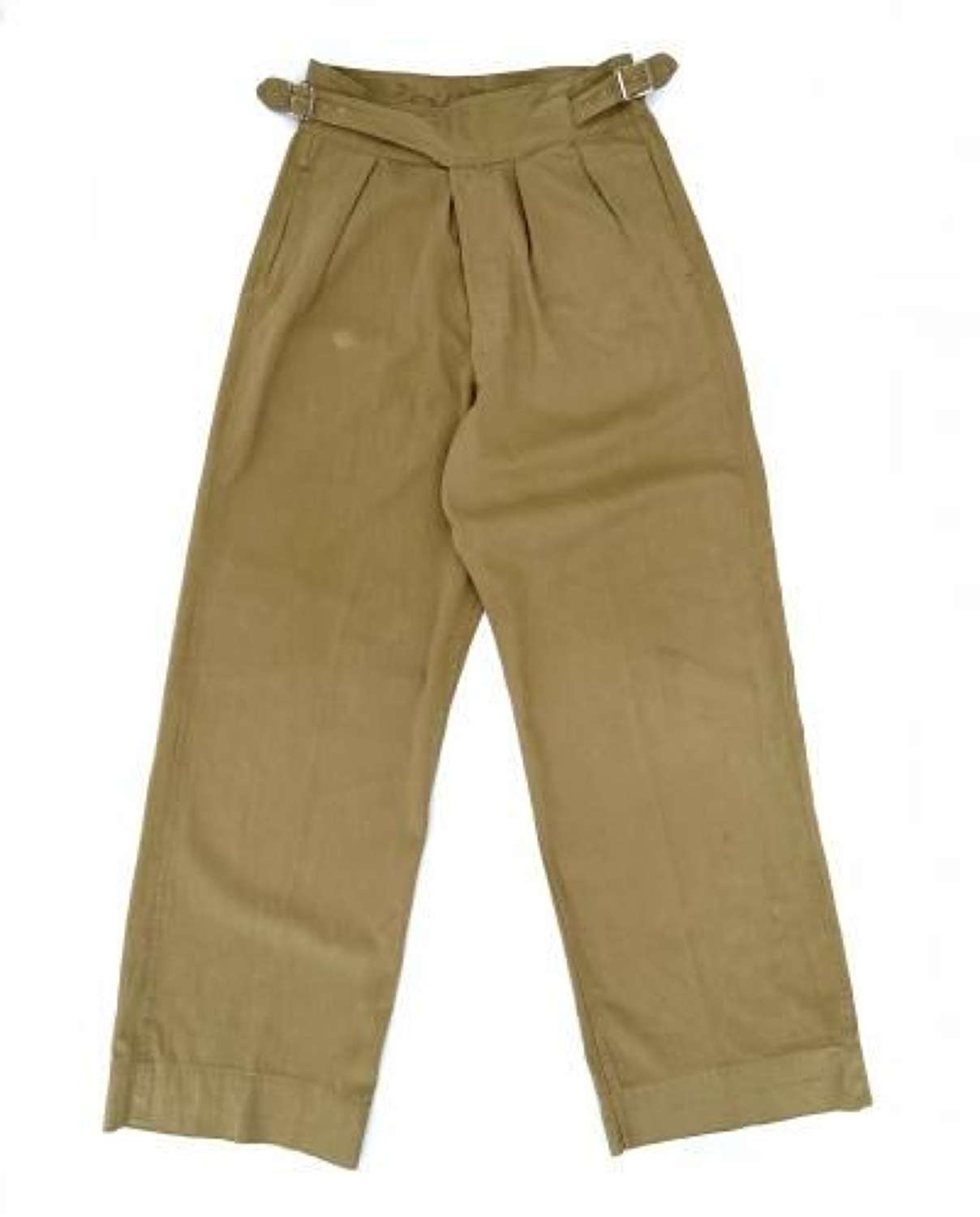 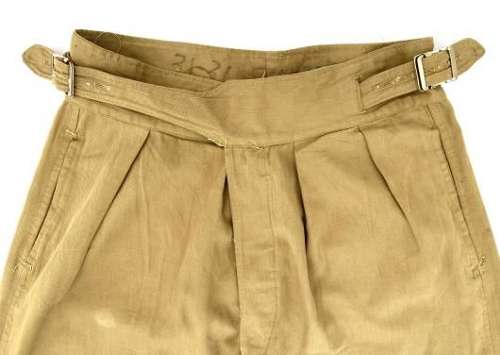 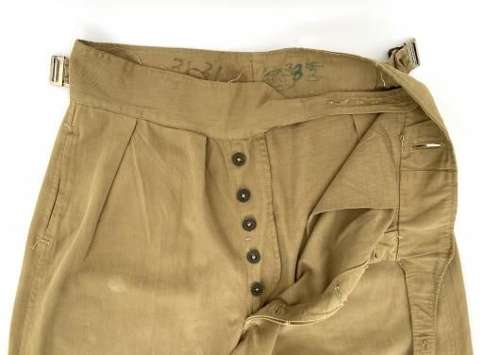 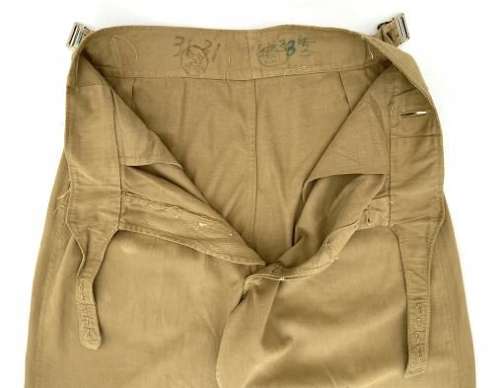 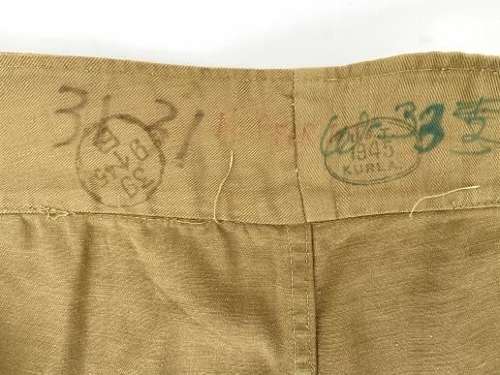 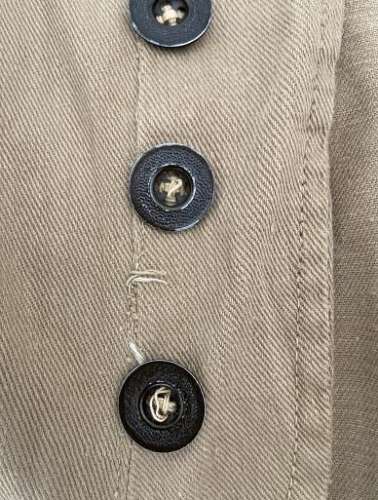 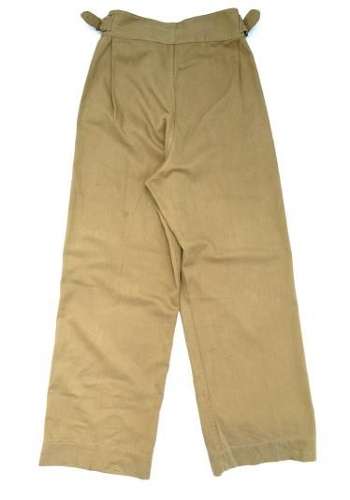 This pattern of trousers came into issue with British Forces from 1944 and saw widespread issue in the following years. They were replaced by the 1950 pattern trousers which retained the cross belt closure, which are now referred to as Gurkha Trousers.

Clearly of Indian manufacture, as is the case with so much British KD, these trousers were issued to members of both the British Army and the Royal Air Force. The feature buttons and stitching typical of Indian made items from the Second World War. Of note is that all the original buttons are still present which is rare to find with KD items today.

The trousers are fitted with a set of period buckles which fasten the straps. These are not the usual single prong type but a jaw type, similar to those used on the waist of a battledress jacket and they work well.

Inside the trousers the original stamps are still present and are bright and legible. One is an oval shape and bares the 1945 date to the centre whilst the other is the standard circular stamp found on Indian made clothing. It has the date of September 1945.

All in all a nice original pair of wartime period Khaki Drill Trousers which are clearly dated and in a taller size.