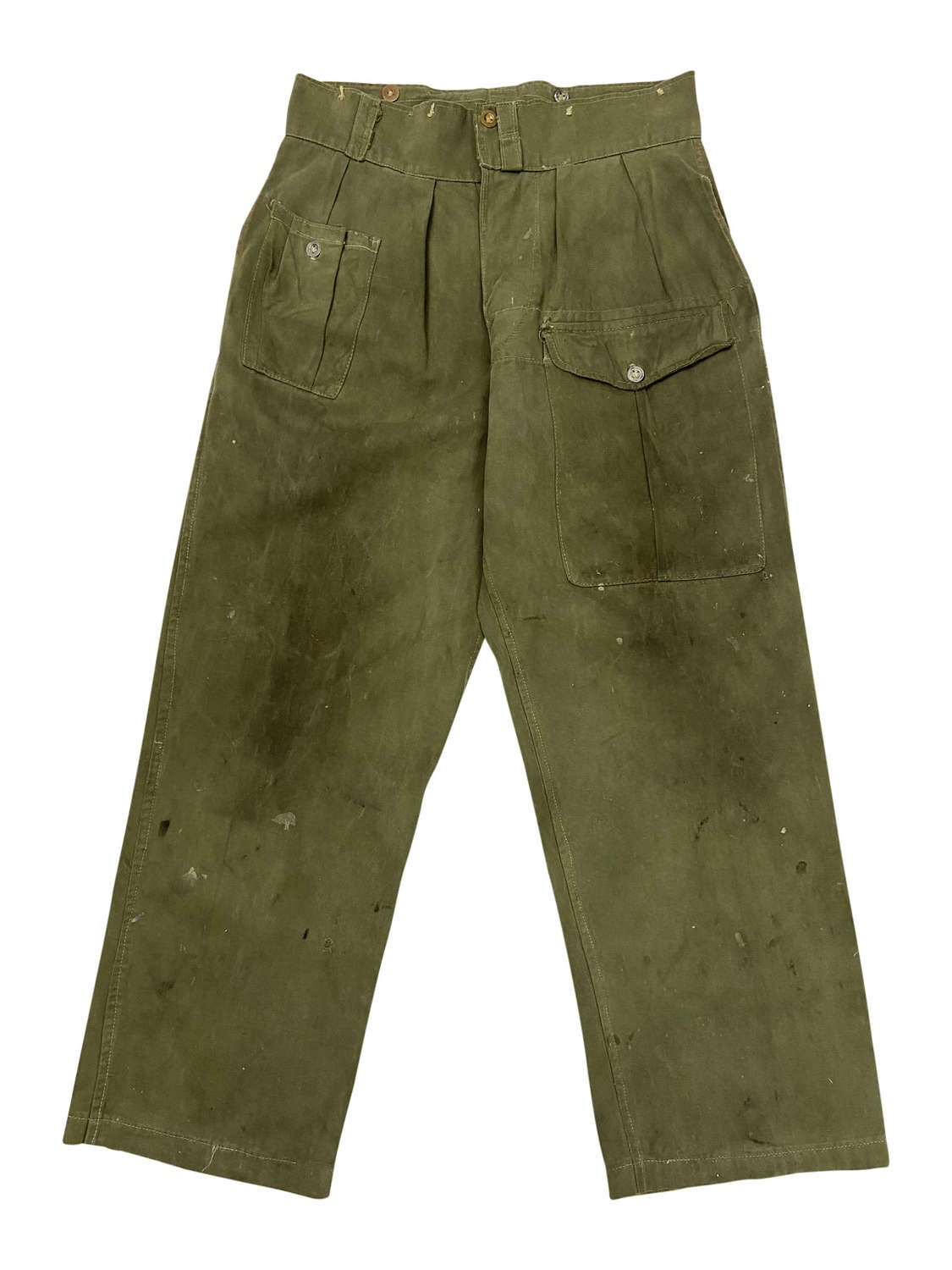 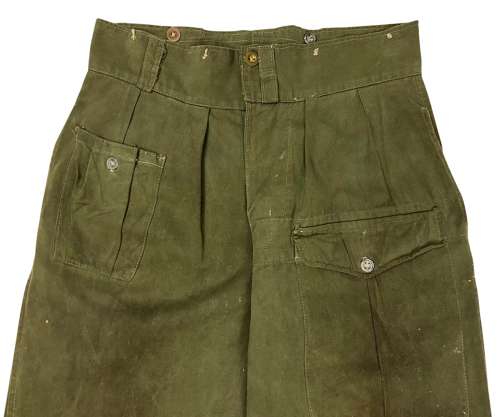 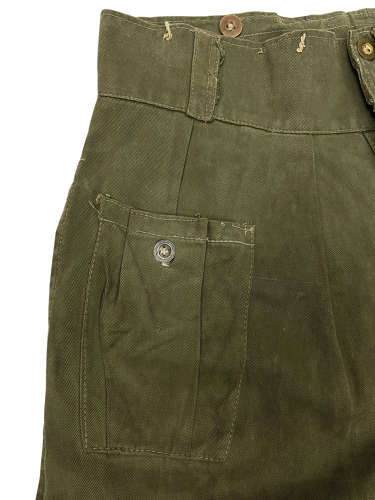 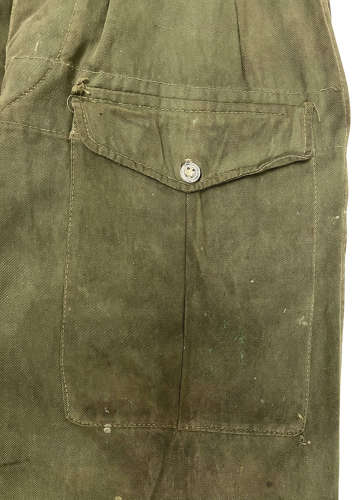 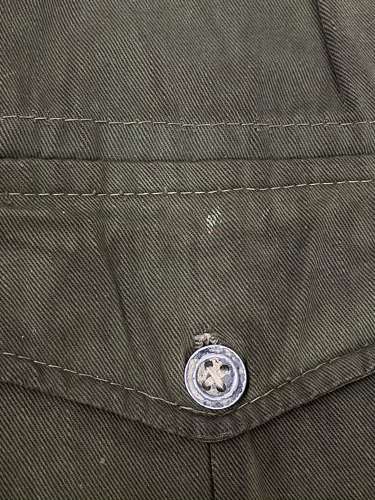 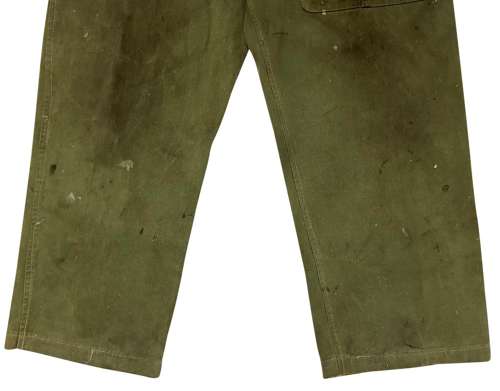 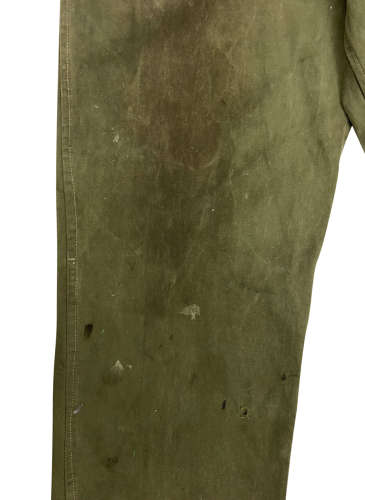 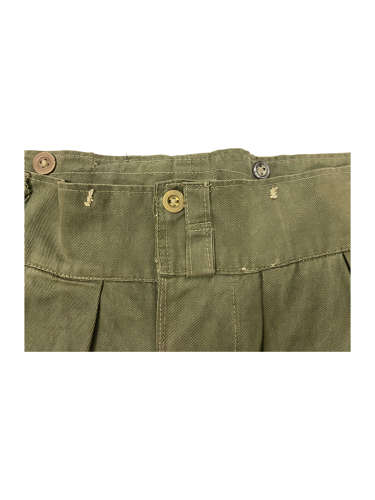 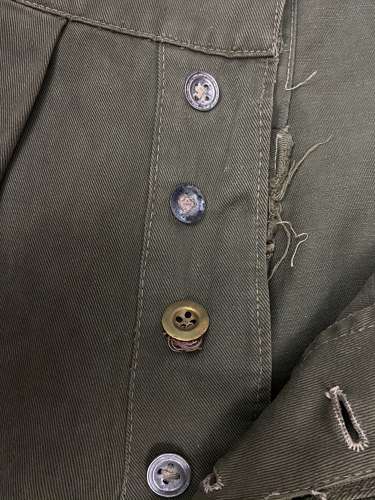 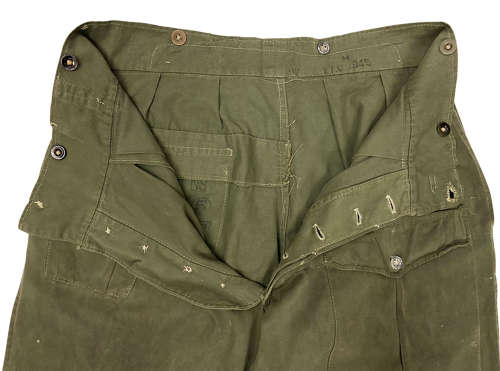 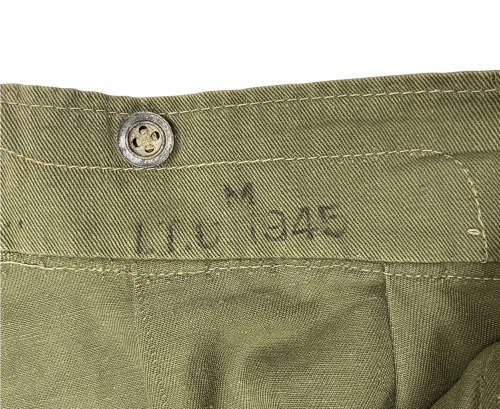 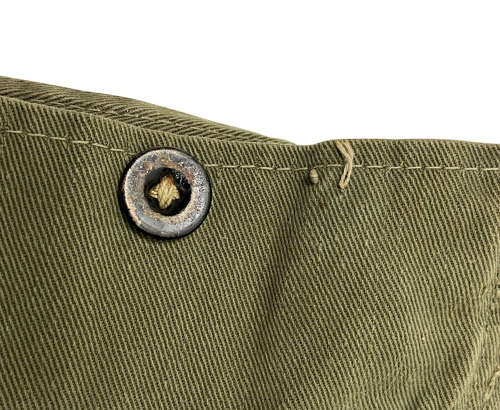 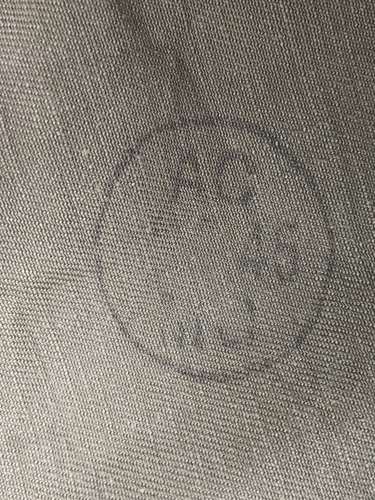 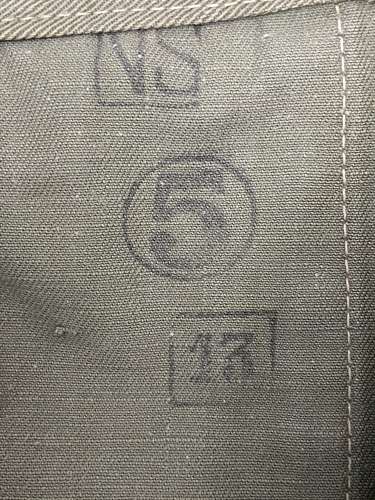 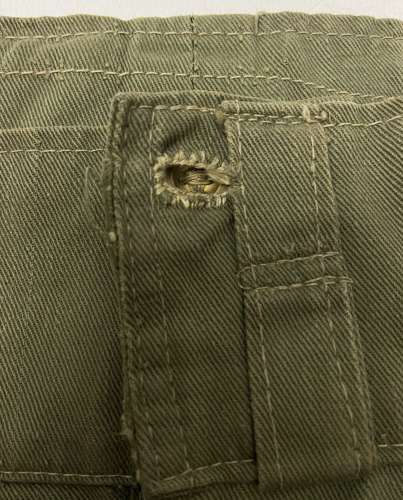 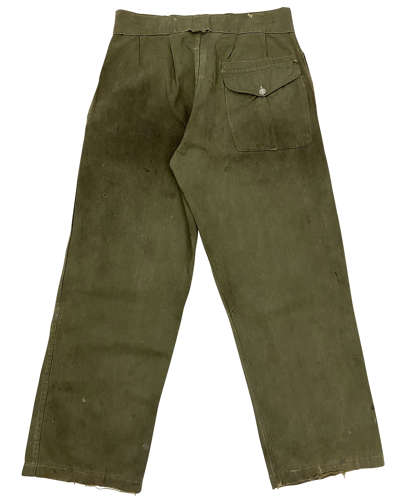 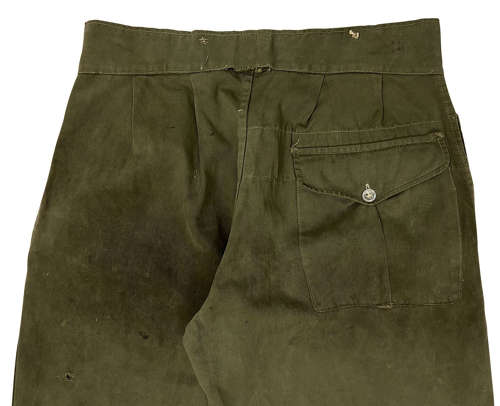 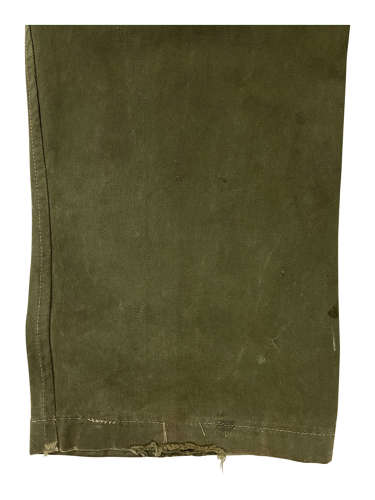 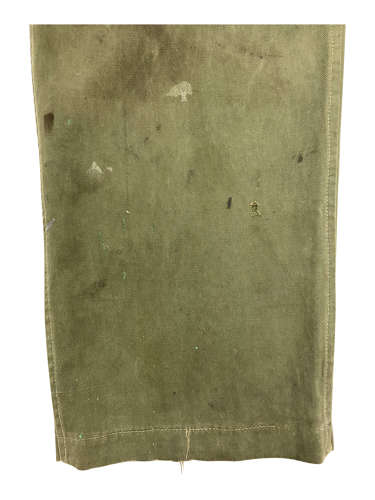 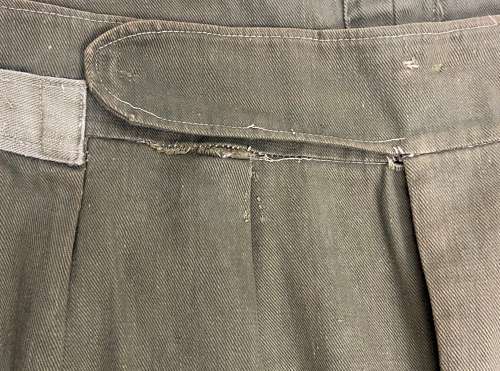 This pattern of trousers was introduced into service in 1943 and was issued to men of both the British Army and Royal Air Force who were serving in the Far East in the latter part of the Second World War. Made from a cotton drill which was vat dyed a grey-green colour, the trousers have a similar look to denim trousers of the same period. They would have originally featured two straps and buckles to fasten the waist - the same style as used on KD shorts. The original owner has removed them however fitting a single button to the top of the fly. This was quite a common modification at the time and makes for a nice period addition.

A double pleated first field dressing pocket is located on the right hip whilst the lef leg has a map pocket which features a single pleat - a feature unique to this pattern. Both pockets fasten with stamp steel buttons which have a corrosion inhibative zinc finish. More of these buttons are found at the fly and around the inside edge of the waist for braces. These are interspersed with period replacements including brass and horn examples. The rear of the trousers also features a pleated patch pocket which again fastens with a zinc plated button.

Inside the trousers the 1945 date and manufacturers initials are marked to the waistband. The circular Indian stamp usually found on Indian made items can be found on the reverse of one of the pocket bags and also bears the 1945 date. Size stamps are also present as detailed in the pictures.

The trousers will fit around a 30-32" waist depending on desired fit. When laid flat they measure -

The trousers are in well worn condition as can be seen in the pictures. It all appears to be authentic period wear and five the trousers a fantastic look. There are plenty of marks and stains as well as a small hole to the front of the left leg and another to the rear right leg. The cuffs are frayed and some stitching has come away along the waistband. All these issues are detailed in the pictures so please take time to study them.

A fantastic looking example of this rare pattern of trousers which have a nice clear date. These would make an excellent addition to any collection without a doubt!