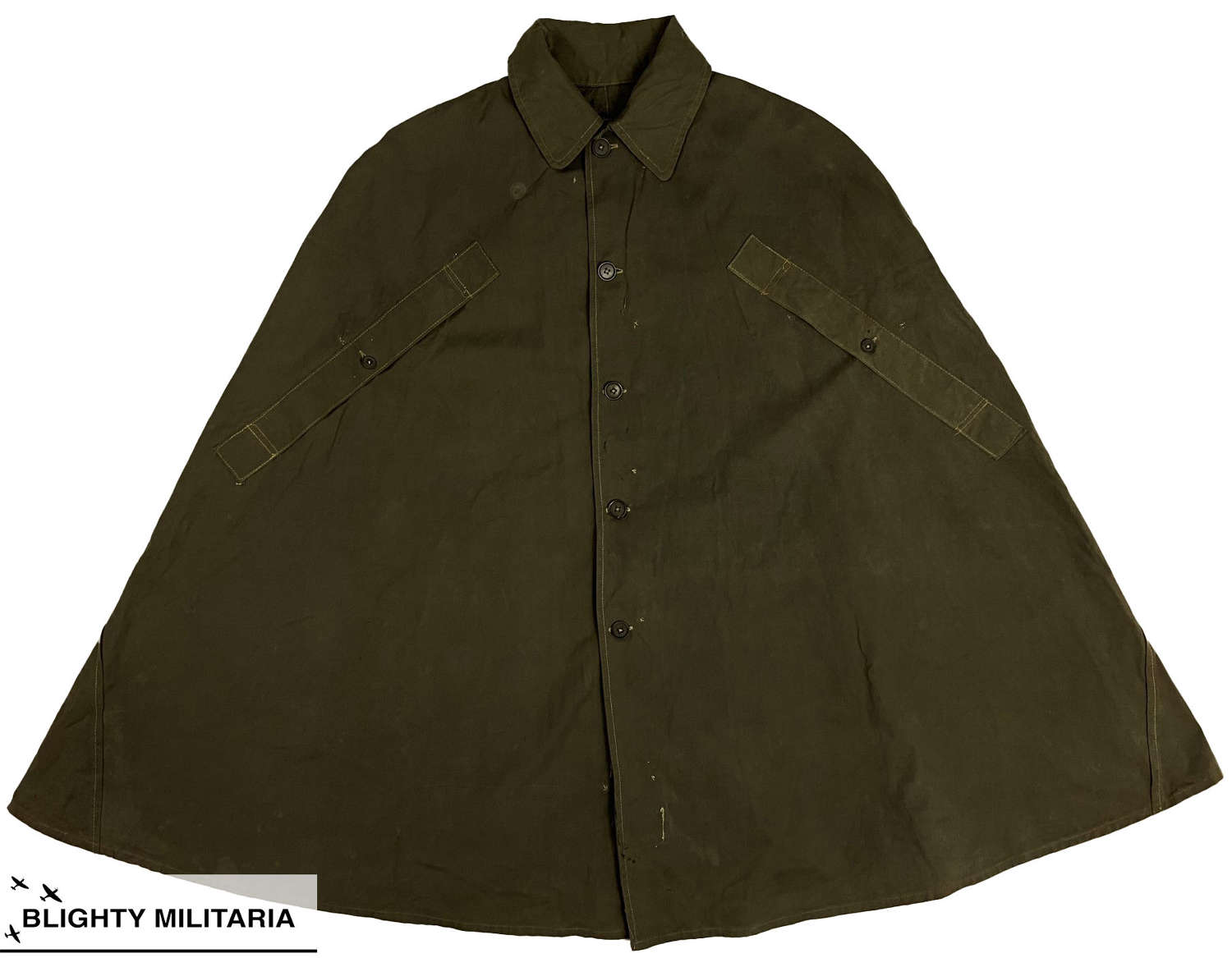 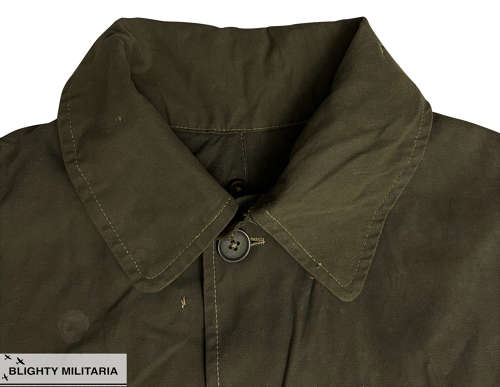 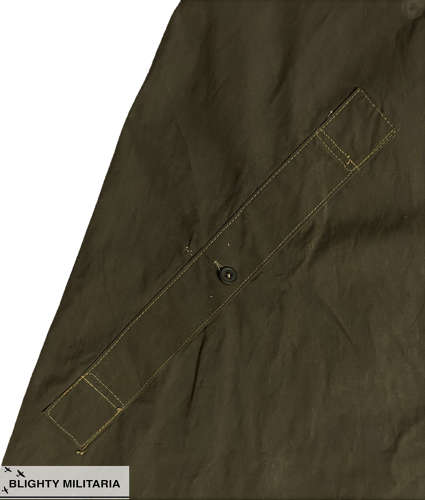 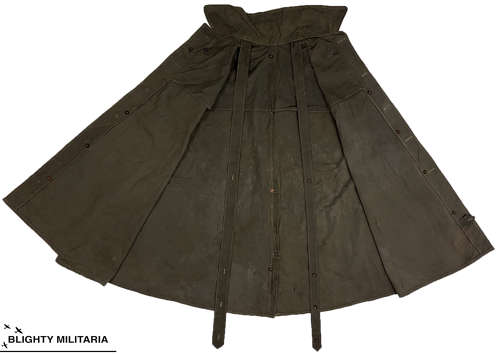 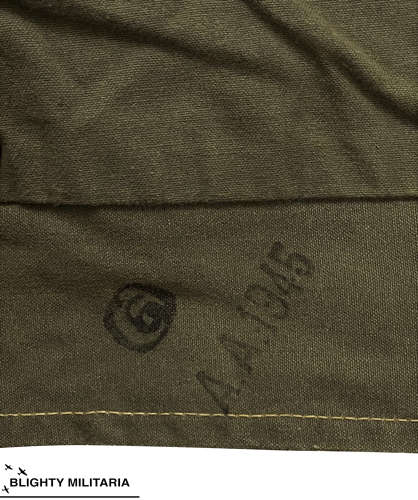 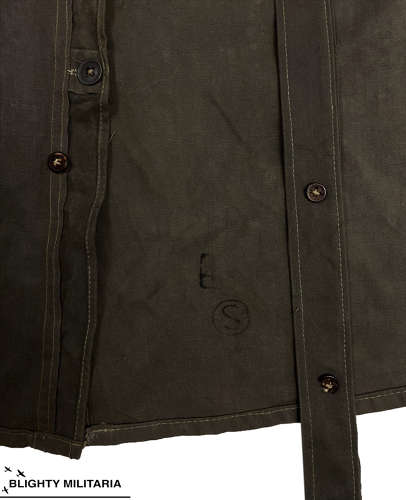 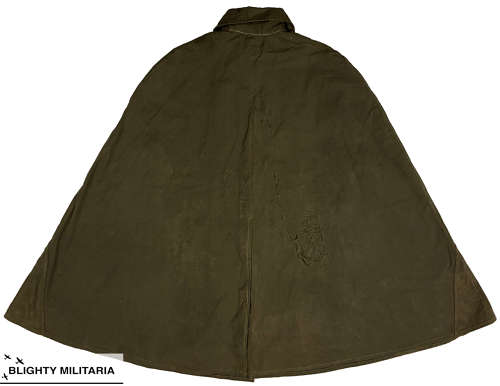 This pattern of cape was introduced early in the Second World War although the Jungle Green version was not produced until 1943. Like the earlier tan examples, this cape is made from duck cotton which is dyed the typical JG colour. It features five large buttons which fasten the front whilst inside are tapes which fasten the cape onto the wearer's body using coconut husk buttons - a style of button commonly found on Indian made items from this period. The cape features two vents which allow the wearer's arms to pass through the cape and allow him to still hold his weapon.

Inside the cape the original stamps are present and are typical of those found on Indian made items. The 1945 date stamp is still bright and legible as can be seen in picture 5.

The cape is in good condition and displays well. There are some marks etc from storage but the cape doesn't look to have seen any real use.

A nice original piece of British kit with a nice clear date which is synonymous with the Far East campaign.